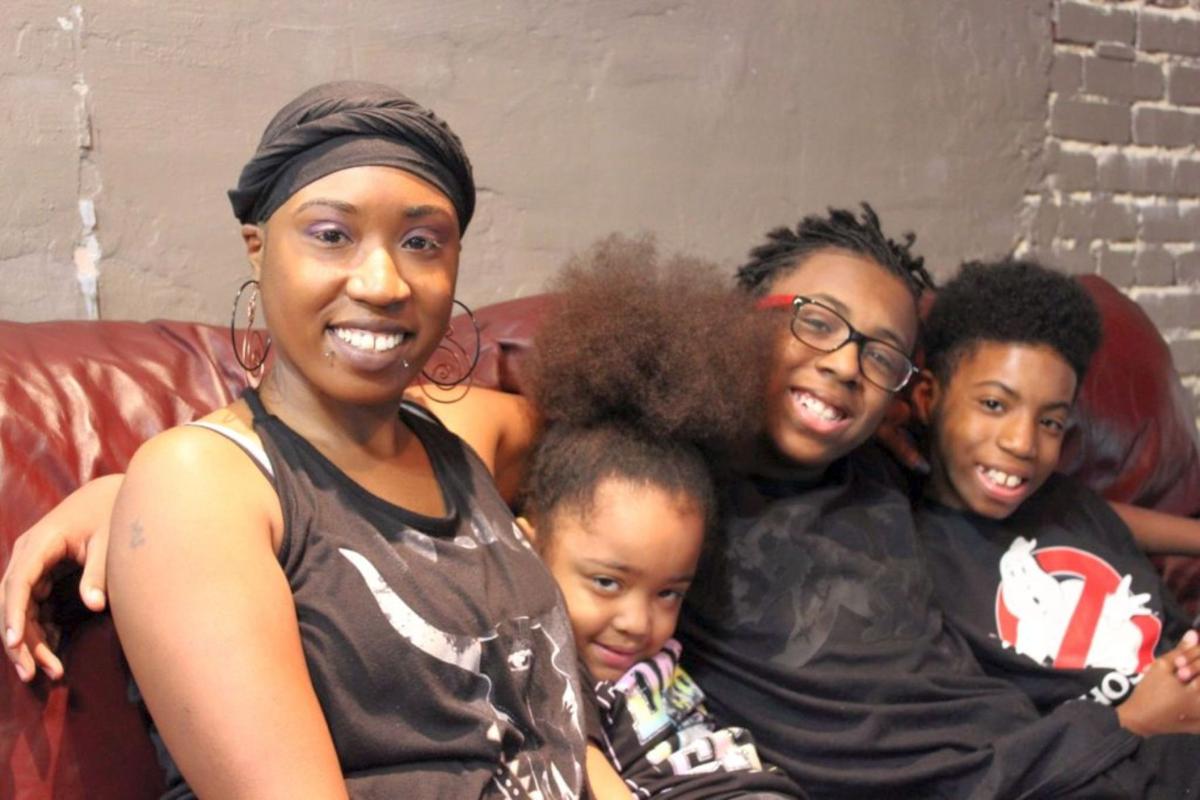 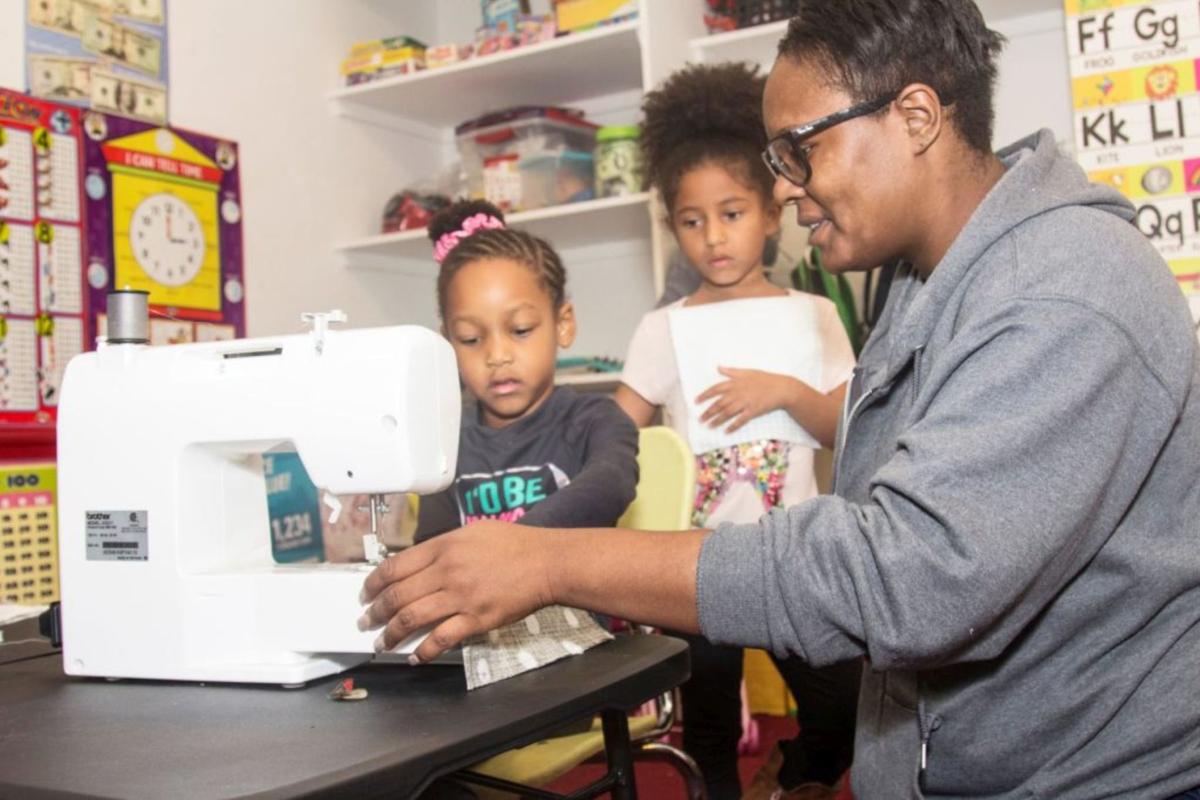 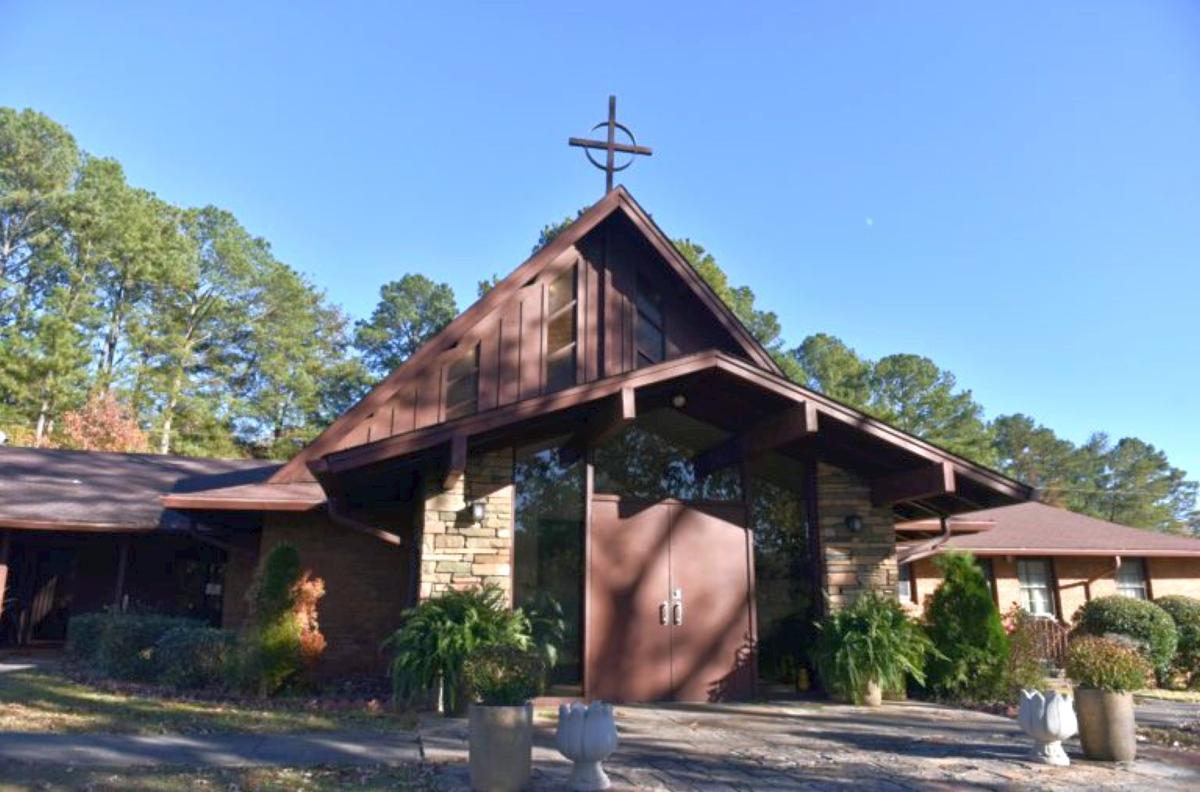 The Rev. James Ephraim of First United Presbyterian Church in Forestdale opened up his church for a home school co-op. Students enrolled in Black Star Academy use space in the church three days a week. — Frank Couch Photography/For The Birmingham Times

The Rev. James Ephraim of First United Presbyterian Church in Forestdale opened up his church for a home school co-op. Students enrolled in Black Star Academy use space in the church three days a week. — Frank Couch Photography/For The Birmingham Times

For educators at the Black Star Academy Home School Co-Op in Forestdale, there is the holistic and then there is the “Whole”-listic. Their goal is to offer both.

“We believe in ‘Whole’-listic education, meaning we focus on the whole child — mind, body, and spirit,” said Tremon Muhammad, creator and founder of the Black Star Academy (BSA), believed to be one of the first culturally centered home schooling collectives in the state. “Our educational program deals with the whole human being. We are big on academics, but we also deal with character and moral development.”

Part of the holistic curriculum means students participate in morning exercises, which can include yoga and meditation.

“On Monday mornings, we start our day with Kemetic Yoga and meditate on African proverbs … because you never know,” said April Muhammad, Tremon’s wife, who is director of the BSA. “Sometimes people have crazy weekends, or the children may come in with attitudes, so you want to make sure you check their spirits so that they can decompress before going into the classroom.”

“A lot of people are having trouble with many of the changes in the public-school system,” Tremon Muhammad said.

Tremon and April Muhammad founded Birmingham’s BSA in 2015 to “give parents an alternative outside of the current educational system.”

The academy’s broad curriculum includes “cultural heritage, which incorporates geography, world history, and U.S. history,” said Tremon Muhammad. “… We also have foreign language. Our students have been learning Swahili for two years, and we are definitely looking into other foreign languages, such as Spanish, and French, because as we’ve networked with the African continent, we noticed these languages to be prominent in those countries.”

The goal is for students to master theses languages, so they are able to interact and participate in worldwide trade and commerce, the Muhammads said.

Another part of the curriculum is beekeeping, a key part of the BSA’s Agriculture-Science program. This is the second year the course is being offered.

“Our teen students attend this class once a week,” said April Muhammad. “We have bees that produce honey, which will produce money for the school. We will be selling lip balm made from our bee hive during Kwanzaa, and we plan to have honey for sale in the spring.”

Other courses include Intro to Auto Care and Home Construction.

“We don’t see those as electives,” she said. “We see them as necessities because if you can’t feed or house yourself, what is your purpose on the planet? We want our children to have those things as they’re growing toward becoming productive, global citizens.”

The BSA is open Monday through Wednesday, from 8:30 a.m. to 1:30 p.m. It is on a semester system that follows the traditional school calendar. And it averages 35 enrolled students, from kindergarten through 12th grade, per semester.

“We are quickly approaching a school-based level,” the Muhammads said. “Parents are showing demand for a full-time school-based curriculum, but right now we are functioning very well as a home schooling collective.”

April Muhammad, former director of the local and home schooling branch of the Muhammad University of Islam (MUI), said the initial success led the BSA to expand beyond the walls of a “faith-based” institution.

“We were attracting so many non-Muslim children to our program, and [parents] were kind of put off by the religious connotation [behind the institution], so my husband and I started a nonprofit [to expand the mission and curriculum],” she said.

Tremon Muhammad added, “Our initial mission was to be a relief source for people that were supplementing their child’s public-school education with home schooling.”

Others in the community felt the same way.

In November 2014, the Muhammads were invited to an “interest meeting” at Forestdale’s First United Presbyterian Church, where its pastor, the Rev. James Ephraim, shared a desire to see children in his community educated independently of the public-school system.

“My husband and I went to the interest meeting to see what their home schooling idea was about,” April Muhammad recalled. “When I looked at the curriculum they submitted to us, it was almost the exact curriculum we had already been working with for 10 years.”

The Muhammads learned that Ephraim and community activists Thomas “Divine Mind” Davis and Bennie Holmes were in the early phases of creating a similar alternative-education program, called a Freedom School.

Tremon Muhammad said that once the group saw the similarities in vision and curriculum, they decided to collaborate. April Muhammad remembers that parents and educators at the interest meeting all agreed to support the BSA.

“We started off strong,” April Muhammad said. “Immediately, we had 25 students in our physical home five days a week, with the parents coming in to help and to learn, as well. But I have to say, it’s been the best experience because my husband pushed it. He pushed me and his vision for a community-based institution, and we’re a success.”

By the fall of 2016, the BSA was offered use of the First United Presbyterian Church.

“We realized that we needed a place where kids, parents, and the community could come and learn as a collective,” Ephraim said. “We are laying the foundation for building communities and working with the African concept that it takes a village to raise a child, and we realized we don’t have the village. In order to create the village, the parents and the community need to be involved.”

Many parents were willing to assist, April Muhammad said: “We differ because we have the autonomy to bring the parents into the child’s curriculum. [The BSA] has heavy parent involvement and is able to give more individual attention to students and cater to different learning styles.”

Erycka Birchfield, the BSA’s first parent volunteer educator, said home schooling is ideal for the Black community because it teaches everyone involved a greater awareness and sense of self.

“Unity is severely lacking among my people,” she said. “I wanted to have a full-time, all-inclusive role in my children’s education. When I first called [April Muhammad] and inquired about her program, our hour-long conversation included discussions about the current curriculum and the school-to-prison pipeline for our [African-American] boys.”

Giving students that sense of self is what makes the BSA distinctive.

“We equip [students] with knowledge of themselves and equip them with the elements they need not just to survive but to thrive in the elements of life, and to be builders of their own communities,” April Muhammad said.

Another quality that sets BSA apart: “Everyone does not learn the same way, so there shouldn’t be a cookie-cutter approach to education,” she said. “Most importantly, we teach [our students] that they are math, they are science, they are history. Subjects are easier to grasp when they are learned from the inside out rather than from the outside in.”