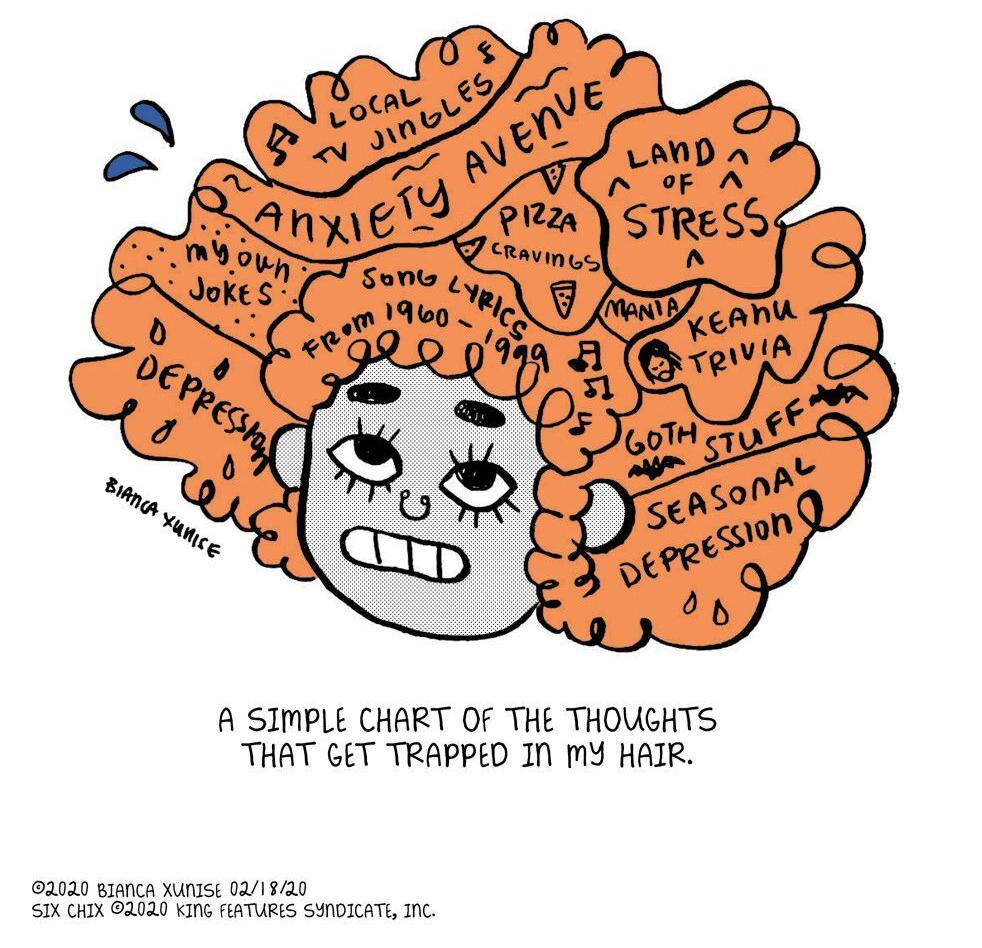 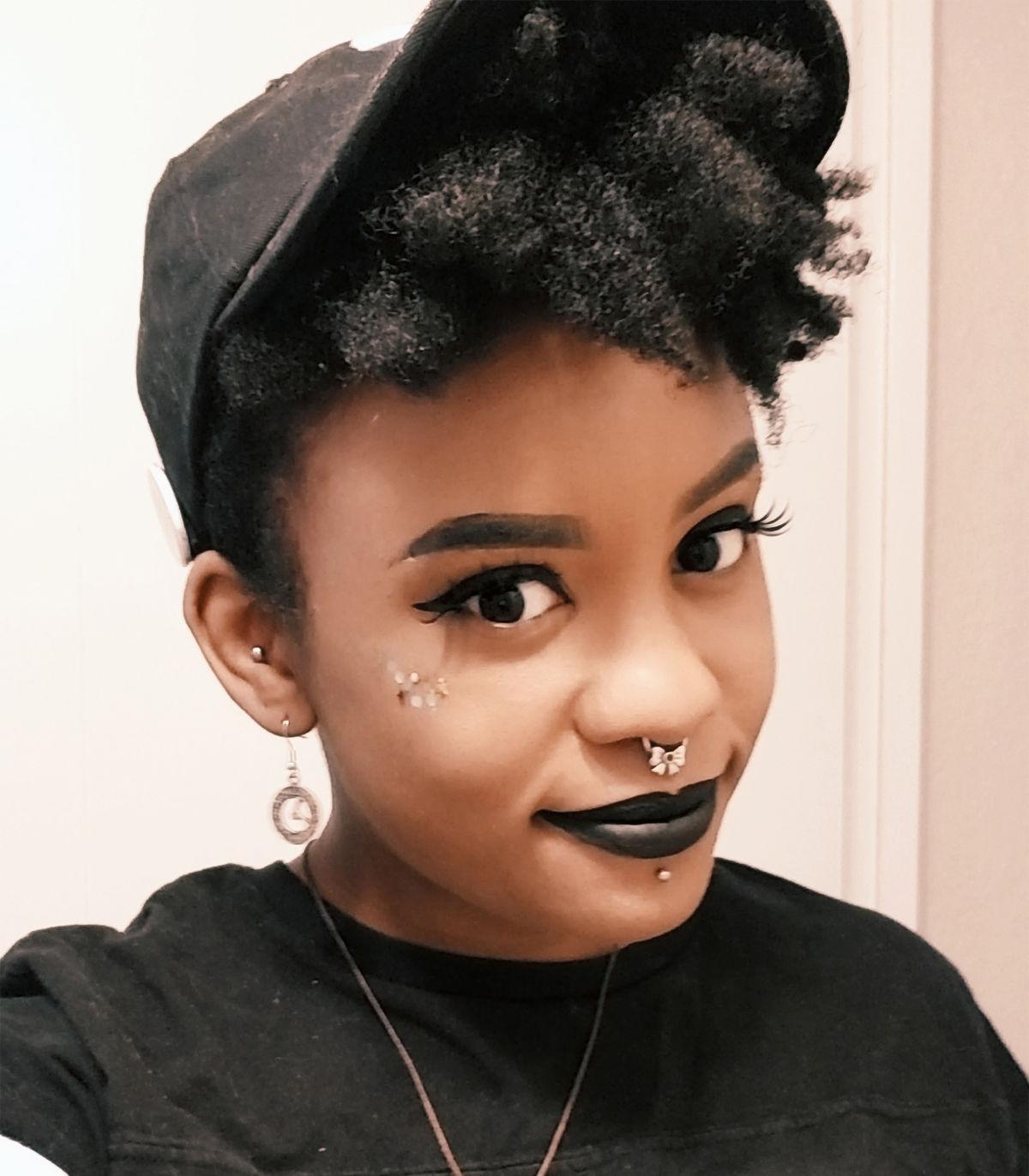 The cartoonist Steenz will take over the strip “Heart of the City” beginning next week. — Steenz

The cartoonist Steenz will take over the strip “Heart of the City” beginning next week. — Steenz

If there has been one constant in more than a century of America’s daily black-and-white comics pages, it’s that almost all the people applying the artful black inks have been white.

And good luck finding women of color. (The Washington Post’s cartoon pages, for example, have zero.)

This year already is bringing a marked change. Next week, the Detroit-based cartoonist Steenz is inheriting the writing and drawing of the daily strip “Heart of the City” from creator Mark Tatulli, making her one of the few African American women ever to appear on the mainstream funny pages.

That change follows news earlier this year that St. Louis-based Bianca Xunise was becoming the first Black woman to join the rotating team of female creators who produce the long-running strip “Six Chix.”

Steenz, the nom de toon of Christina Stewart, won the Dwayne McDuffie Award for Diversity in Comics last year for drawing the fantasy graphic novel “Archival Quality,” which caught the eye of Shena Wolf, director of comics and acquisitions at Andrews McMeel Syndication.

“I thought the art was incredible,” Wolf says of “Archival Quality,” a ghost story about a museum archivist struggling with depression and anxiety written by Steenz’s creative partner, Ivy Noelle Weir. And “her web comics showcase a command of drama and specificity.”

Wolf was looking for a new talent after Tatulli stepped away from “Heart of the City” after 22 years because of his full plate working on the popular strip “Lio” and such graphic novels as “Short & Skinny.” “It is my hope that Steenz will take ‘Heart’ to the next level,” Tatulli says, “and knowing her work, I believe she can.”

Steenz, 30, grew up reading strips like “Cathy,” “Calvin and Hobbes” and “Pearls Before Swine,” and by the time she got to Maryville University in St. Louis she was studying illustration with a focus on painting. She left Maryville as a junior because “I didn’t know where to go with my art,” she says.

She honed her voice while working as a comic-book shop manager and a librarian. She joined the editorial side at St. Louis-based Lion Forge and has taught comics at Webster University to art students trying to make their own way.

Steenz initially viewed the pivot from longer-arc comic books to quick-hit comic strips as challenging. Her first attempts were similar to classic strips she’d grown up on. But her syndicate editor told her: “Push it — turn it into something that is like you.”

Besides infusing “Heart of the City” with her sense of humor, she also wants to increase the racial diversity of the strip, which centers on a schoolgirl named Heart who lives in Philadelphia. As a child, Steenz would read strips featuring Black characters, such as “Curtis” and “JumpStart,” and think: “Cool, this is about a family,” she says. “I didn’t read it as a Black family.”

With “Heart of the City,” “I wanted to make sure that Heart’s life is like the life of people living in Philadelphia today,” she says. “In a Philadelphia apartment building, there’s no way all her friends are white.”

Xunise contributed comics to the Nib and the Shondaland site when King Features asked her to create a Popeye tribute strip. (Xunise’s mental-health comics also have been published by The Post’s vertical The Lily.) Her Popeye contribution featuring Olive Oyl led to King offering her a chance to join “Six Chix,” in which each of six creators has free rein on her particular day. She says she strives “to portray another side of Black womanhood” — characters who are “not always fierce or a caretaker.”

She also appreciates the open-door entryway into making comics. “You don’t have to go to college, and you can do it at any age,” says Xunise, 32, an Ignatz Award-winning creator who teaches comics at DePaul University in Chicago.

Yet syndicate editors and newspaper editors always have been gatekeepers to the mainstream comics page. For decades, most Black cartoonists turned to the African American-owned press for opportunities.

“The ‘powers that be’ — white male editors at white publications — have kept folks of color to a minimum on their pages so not to cause a stir. That’s the case still,” says Barbara Brandon-Croft, whose trailblazing strip “Where I’m Coming From” was distributed by Universal Press Syndicate from 1991 to 2005 — making her the first Black woman to achieve national mainstream syndication as a cartoonist.

“You had to go to the Black newspapers — as early as the ‘30s — to find Black characters drawn by Black hands,” she says. “And a Black woman lead — what? Jackie Ormes’s ‘Torchy Brown’ was truly groundbreaking.” (Ormes, the first African American woman to have a syndicated comic strip, was elected to the Will Eisner Comics Hall of Fame in 2018.)

Brandon-Croft’s father, Brumsic Brandon Jr., created the inner-city strip “Luther,” first distributed by the Los Angeles Times Syndicate in the ‘70s, and he became part of a generation of barrier-breaking Black cartoonists along with “Wee Pals” creator Morrie Turner and “Quincy” creator Ted Shearer. But even they faced obstacles from editors who pointed to comics like “Friday Foster,” which Brandon-Croft says had Black characters only as depicted by non-Black creators.

A self-described eternal optimist, Brandon-Croft says, “I am very encouraged by seeing new Black women faces on the scene.” (She and Xunise will appear together on a virtual panel April 30 from the Billy Ireland Cartoon Library & Museum at Ohio State University, titled “Where We’re Coming From: African American Comic Art & Belonging.”)

Both Steenz and Xunise say a greater diversity of voices is essential to newspaper comics keeping up with graphic novels and digital comics, which have broader representation. (In 2008, when nearly a dozen cartoonists of color drew awareness to the dismal situation with an organized day of “protest” comics, only two newspapers in the nation, including The Post, were publishing at least four creators of color.)

“You don’t want to get left behind in the times,” Xunise says, or readers will say, “This just feels dated.”