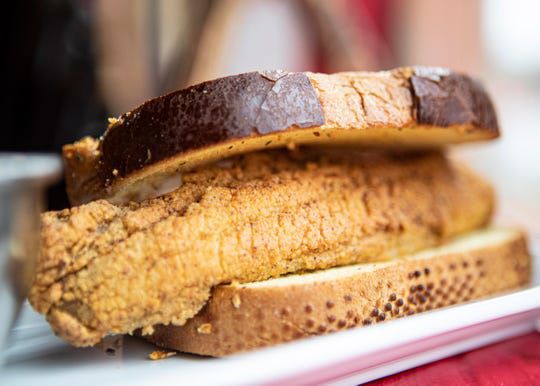 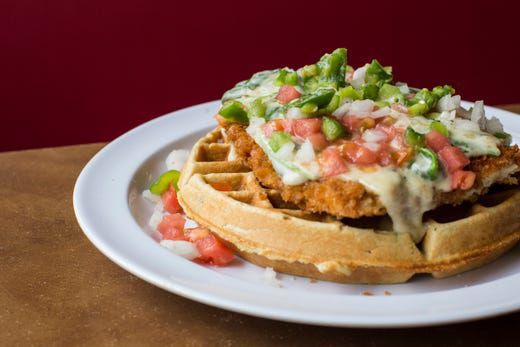 After a fire at their original location in Collierville, The Waffle Iron has reopened in East Memphis. They are known for their Sweet Potato Pancakes, Waffles Benedict and Southwest Chicken & Waffles. — Brad Vest/The Commercial Appeal

After a fire at their original location in Collierville, The Waffle Iron has reopened in East Memphis. They are known for their Sweet Potato Pancakes, Waffles Benedict and Southwest Chicken & Waffles. — Brad Vest/The Commercial Appeal

MEMPHIS — Tam’s Underground Café didn’t debut in a neighborhood where most of the people looked like its owner, Tamra Patterson.

But every now and then, she’d be served a sample of the stereotypical thinking which, by and large, hobbles the success of Black restaurateurs and business owners.

“Because I was on the edge of Cooper-Young, there were people who were too afraid to come in because to them I was too close to Orange Mound,” said Patterson, who, after being in Copper-Young since 2017, moved the café to a bigger building in the Edge District this year.

“So, the same white people who wanted our food would say, to my face, ‘I wish you were closer on this end’ (away from Orange Mound),” she said.

Then there were the comments on the ratings website Yelp where, although the restaurant’s food mostly received five stars, some people said they didn’t want to eat in a house, Patterson said.

“They said, ‘I’m not going into a house to eat.’ And I’m like, ‘All the restaurants in Cooper-Young are houses!’”

Tam’s is one of the restaurants featured in Memphis Black Restaurant Week — an event that began in 2016 when local entrepreneur Cynthia Daniels realized that African-American-owned restaurants didn’t have marketing budgets to match the richness of their dishes.

A new report by Brookings bears that out.

Fifty-three percent of the businesses that the report, which was centered around Yelp reviews, examined were restaurants – because that’s what’s mostly reviewed on Yelp. It found that fears about going into their neighborhoods, as well as fewer Yelp reviews from customers, limited potential business for high-quality Black-owned restaurants.

Fred Jones Jr., founder of the Southern Heritage Classic and a champion of Stein’s, a South Memphis restaurant where he and his friends, collectively known as The Truth Table, eat each week, has seen that stereotype play itself out.

“What they usually say to me are things like, ‘I don’t ever get over to that side of town,’” Jones said, “which is really code for something else…

“But they’re missing out on some good, freshly prepared food, and the biggest thing, for me and the guys, is that we’re supporting a Black-owned business.”

Tonyaa talks Black restaurants: ‘20 with Tonyaa’: Listen to every episode

Also, while Stein’s – which isn’t being featured during Black Restaurant Week – has a four-star Yelp rating, it only has nine reviews.

Ballhoggerz BBQ, an Orange Mound restaurant which is being featured during Black Restaurant Week, has a 4.5- star Yelp rating, but only 18 reviews.

This lack of attention when it comes to reviews hurts the growth of high-quality restaurants in Black neighborhoods, the report states. That’s likely because many people looking to dine out often consult Yelp, and when a restaurant has too few reviews, they’ll be reluctant to try it out.

While most of the restaurants being featured in Black Restaurant Week this year aren’t in mostly Black neighborhoods, Brookings’ findings reveal that if an African-American entrepreneur wanted to open a restaurant in, say, Orange Mound or in South Memphis as a way to help spearhead some economic revival in those communities, their success might be stifled by stereotyping.

That’s one reason – among others – as to why Memphis Black Restaurant Week is needed.

If it brings more people to restaurants like Ballhoggerz BBQ in Orange Mound, it will help chip away at the fears, fears that are driven mostly by double-standards and racism, that prevent restaurateurs in Black neighborhoods from generating the revenue that their quality work should be generating.

“Historic discrimination distorts how we gauge value at individual and institutional levels,” the Brookings report reads. “These distortions rob Black people of the ability to uplift themselves and to build stronger neighborhoods.”

Hopefully, with efforts like Black Restaurant Week and the determination of entrepreneurs like Patterson, those distortions will soon disappear.

Especially if it shows them that they should only allow their taste buds, and not their fears, to do the discriminating.