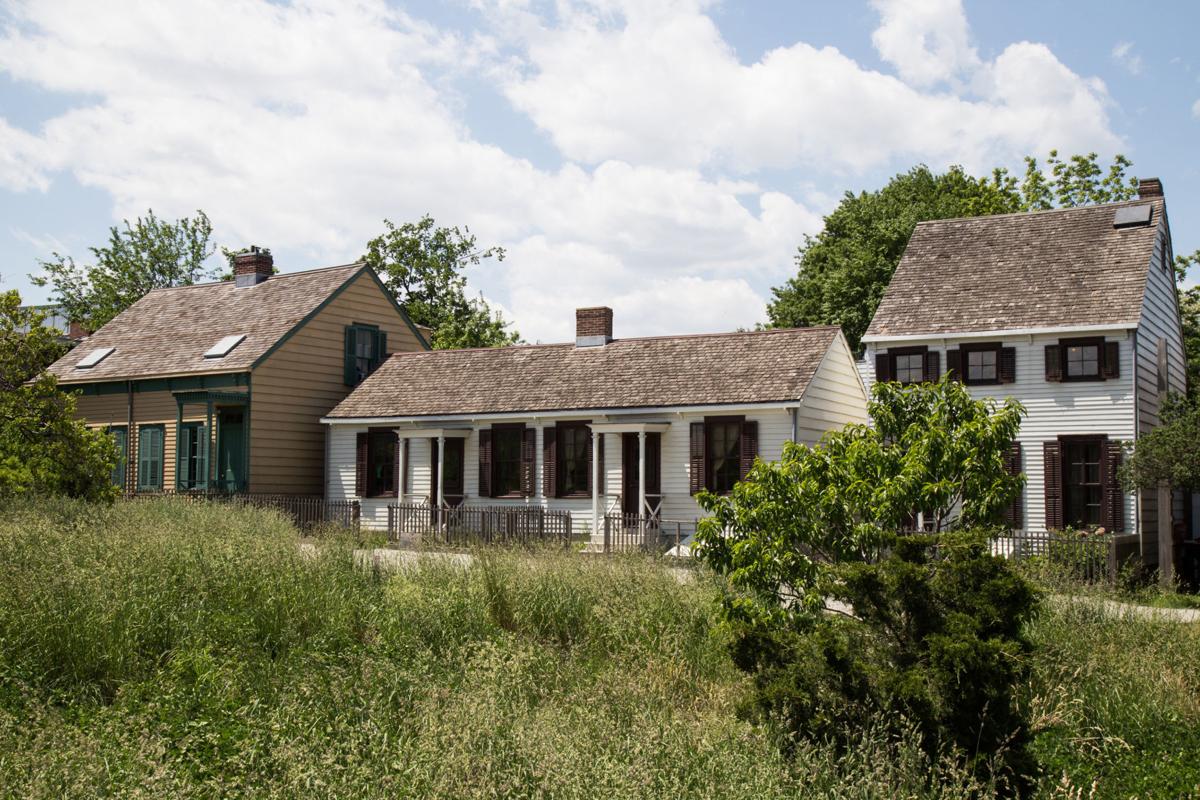 The Hunterfly Road Houses are among the historic remains of a community founded in the Brooklyn area of New York City after slavery was abolished in the state in the 19th century. - Devin Yalkin/The New York Times 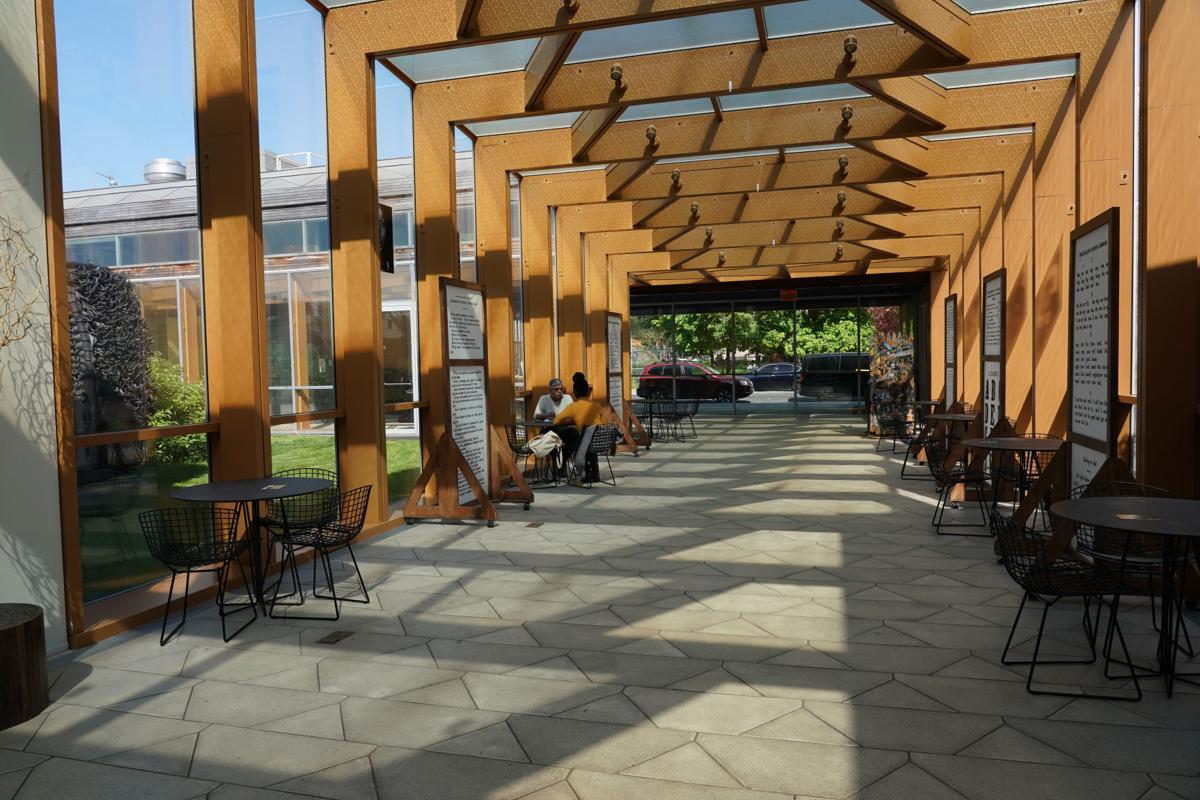 The Hunterfly Road Houses are among the historic remains of a community founded in the Brooklyn area of New York City after slavery was abolished in the state in the 19th century. - Devin Yalkin/The New York Times

NEW YORK — Weeksville could have vanished altogether once before.

The remains of the village of free African Americans who had carved out a settlement after New York abolished slavery were crumbling in the 1960s. Preservationists crusaded, and the refuge nestled in the heart of Brooklyn was saved.

Nearly six decades later, the future of the Weeksville Heritage Center is again in question as a budget shortfall threatens to force it to close. Without an injection of funds by the end of next month, officials said, its efforts to educate visitors and preserve the haven that was home to hundreds of African Americans before the Civil War are in jeopardy.

“We would lose this repository of history, of Black Brooklyn, of this inspiring example of what Black people built in an age before emancipation,” said Rob Fields, the executive director of the center.

Managers of the Crown Heights nonprofit hope a crowdfunding campaign will raise at least $200,000 to keep it afloat until an expected city grant kicks in. The money would go toward operations, programs, salaries and a hefty annual insurance bill.

The plight of small cultural organizations that struggle for benefactors in a city dotted with prestigious institutions is standard fare. On the day the Weeksville Heritage Center announced its financial troubles, celebrities were jockeying for attention at the Met Gala fundraiser, where each ticket was $35,000.

But supporters say Weeksville possesses indigenous beauty well worth preserving: the original clapboard homes of residents determined to see humanity flourish in the face of slavery.

“When I went into the homes, I saw how much they did with so little,” said Michael K. Williams, an Emmy-nominated actor who lives in Brooklyn.

“Sometimes I complain about how much square footage I need, and I’m looking at how my ancestors put it down with the bare minimum, and created a foundation for me to get where I am today.”

Williams, known for his roles on HBO’s “The Wire” and “Boardwalk Empire,” has become a champion of the center, which he visited for the first time a few months ago, when Hulu asked him to take part in a documentary series for Black History Month. He’s been back to tour what are known as the Hunterfly Road Houses several times since.

“I kept picking up my bottom lip because I couldn’t believe I was just hearing about this beautiful place,” said Williams, who grew up in Brooklyn. “I was humbled by all the greatness that I saw.”

Founded shortly after New York abolished slavery in 1827, Weeksville was named after James Weeks, a Black longshoreman who bought land from Henry C. Thompson, a leader in the African American abolitionist movement, who had purchased the property from the wealthy Lefferts family. It would be more than two decades before the Emancipation Proclamation.

Free and formerly enslaved Black people made their way to the thriving hamlet that offered a school, a church and a newspaper that published the alphabet, reading lessons and prayers. The community produced doctors, journalists and educators.

But a century later, Weeksville had been nearly forgotten. Its buildings were swept away with urban renewal. Descendants moved. European immigrants arrived.

In 1968, Jim Hurley, a historian, and Joseph Haynes, a mechanical engineer and pilot, took to the air over Brooklyn. Using archival maps, they spotted four Weeksville cottages in an area where Bedford-Stuyvesant and Crown Heights meet.

Joan Maynard, who lived in the area, led a campaign to win landmark status for the structures.

“Joan would come over and they would sit around the kitchen table firing up plans on how they could make this happen,” said Lynn Nottage, a Pulitzer Prize-winning playwright whose mother and grandmother were Brooklyn activists.

“It would be a personal tragedy if it didn’t survive — so much African-American history in New York City has been erased.”

The Hunterfly Road Houses received city landmark status and were added to the National Register of Historic Places in the 1970s; in 2005, the preservation society Maynard helped found became the Weeksville Heritage Center.

By then, it had a youth program that taught historic preservation skills, a farmers market and a community garden.

“We were on a fundraising upswing,” said Kaitlyn Greenidge, an author who had worked there at the time.

In 2013, the center celebrated its newly erected $34 million, 23,000-square-foot building, but was also forced to lay off staff members and slash hours.

Fields, who took over less than two years ago, said the center had operated in the red for a decade. The recent urgency over finances appeared after it applied for, but failed to receive, a number of grants.

“We just need to be thinking smarter” about fundraising, Fields said.

He said he is hoping to buy time for his staff of about 10, most of whom work part time, and to create a viable strategy to increase funding. Donations can be unpredictable, and most grants are linked to programming. But where the center needs the most funding help is with maintenance and operations, Fields said. The historic homes are protected by their landmark status, but could fall into decay if the center closed.

He said he planned to continue building the donor base, looking into corporate sponsorships and increasing the rental use of the event space. Since he arrived in September 2017, the number of visitors has doubled, he said.

About one-third of the guests are students, an audience that Fields hopes can find inspiration in the center’s artifacts, writing workshops, oral histories, live performances, photo exhibits and what remains of the original Weeksville.

LAS VEGAS — The 1940s in Las Vegas was an exciting time of growth, but not all residents shared in the excitement.