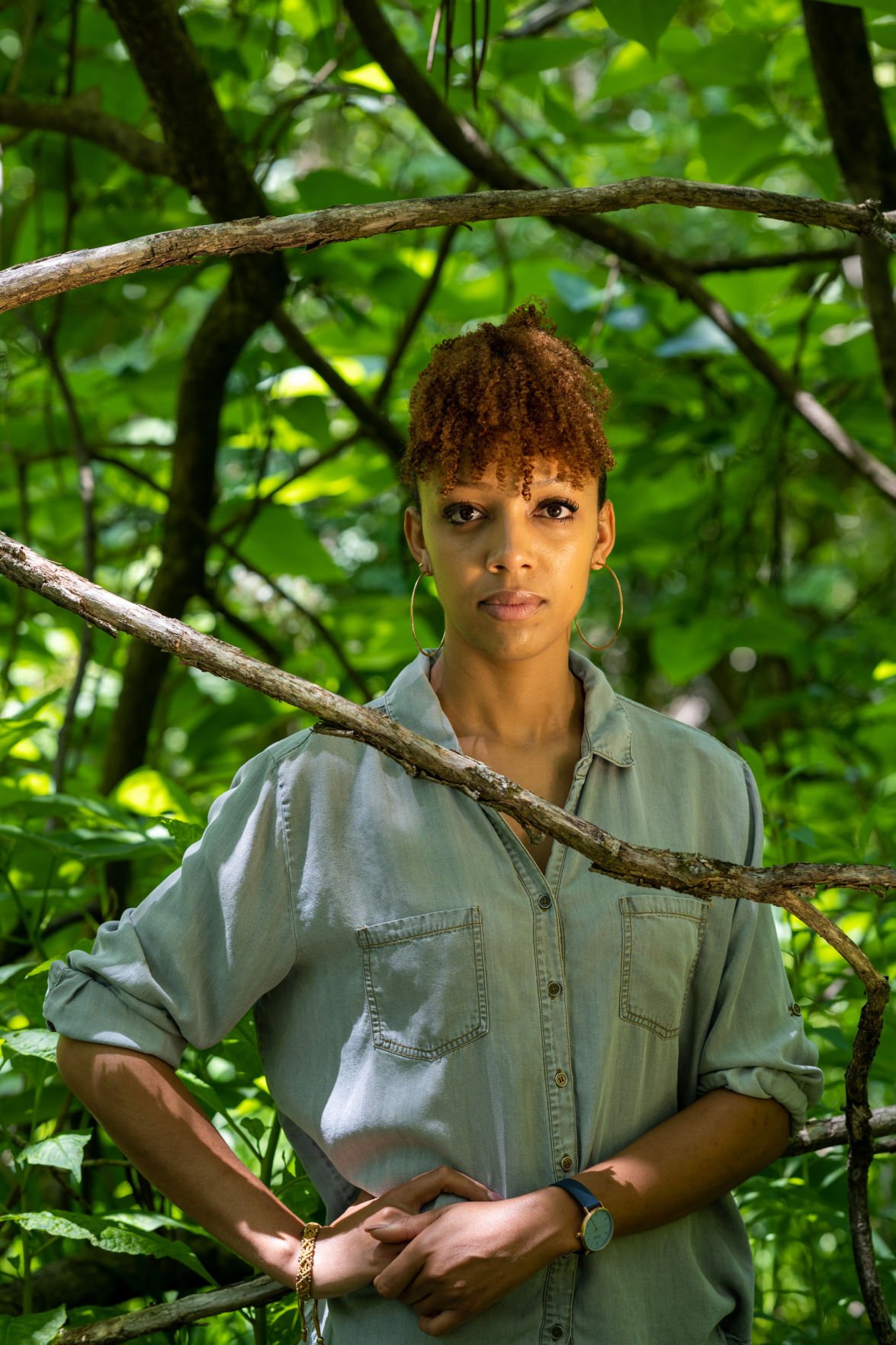 Corina Newsome, an ornithologist and community engagement manager for Georgia Audubon, is pushing to make her profession more diverse and inclusive. — Photo by Nydia Blas for The Washington Post 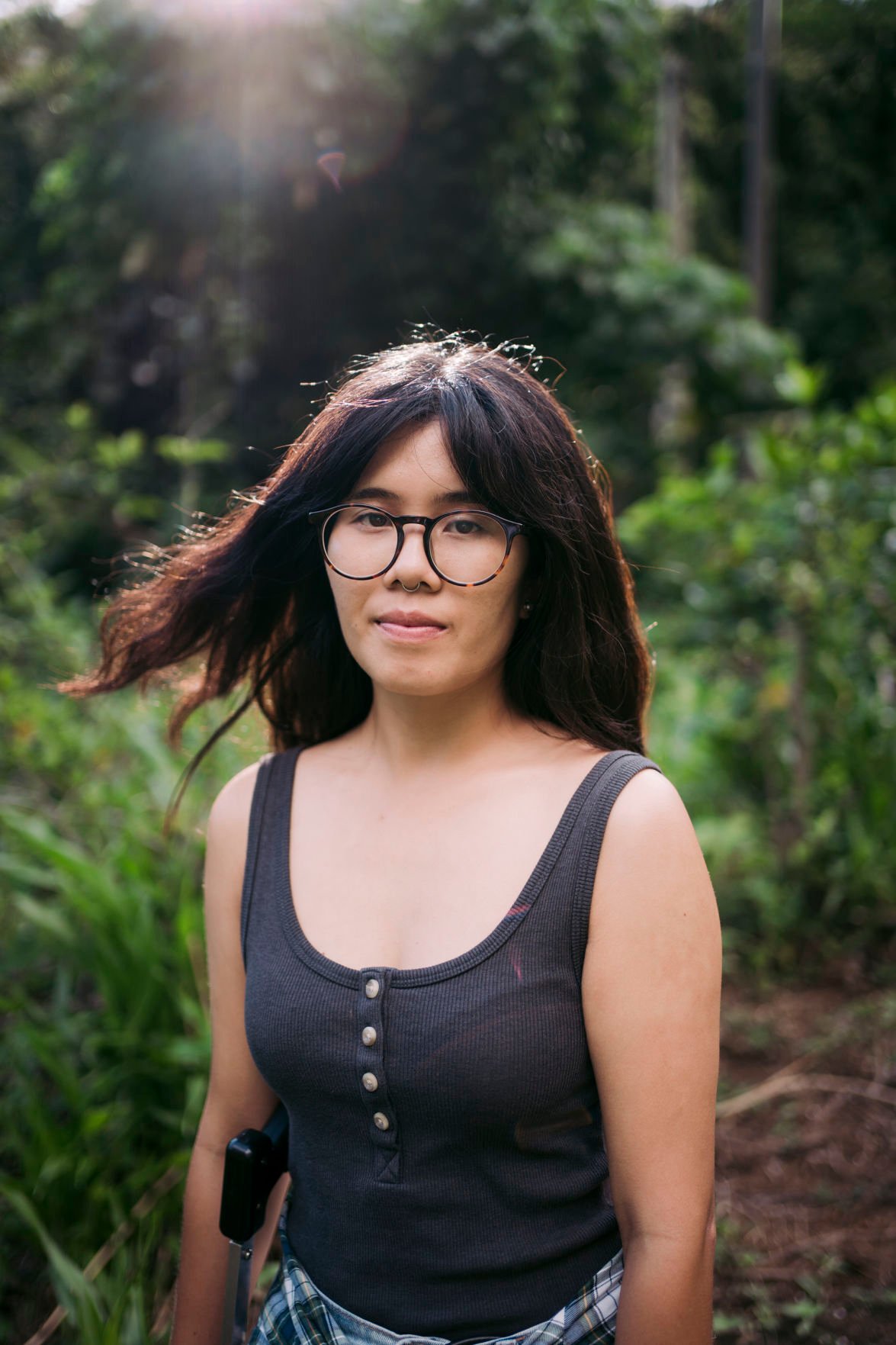 Ornithologist Olivia Wang, a graduate student at the University of Hawaii at Mānoa, says her field’s troubling, racist past must be addressed. — Photo by Michelle Mishima for The Washington Post

Corina Newsome, an ornithologist and community engagement manager for Georgia Audubon, is pushing to make her profession more diverse and inclusive. — Photo by Nydia Blas for The Washington Post

Ornithologist Olivia Wang, a graduate student at the University of Hawaii at Mānoa, says her field’s troubling, racist past must be addressed. — Photo by Michelle Mishima for The Washington Post

Corina Newsome is a Black ornithologist, as rare as some of the birds she studies.

When she joined Georgia Audubon last year, the group’s executive director called her hiring a first step to “begin working to break down barriers” so that people from all communities can fully enjoy birding and the outdoors.

But overcoming those barriers will be daunting. As with the wider field of conservation, racism and colonialism is in ornithology’s DNA, indelibly linked to its origin story. The challenge of how to move forward is roiling White ornithologists as they debate whether to change as many as 150 eponyms, names of birds that honor people with connections to slavery and supremacy.

The Bachman’s sparrow, Wallace’s fruit dove and other winged creatures bear the names of men who fought for the Southern cause, stole skulls from Indian graves for pseudoscientific studies that were later debunked, and bought and sold Black people. Some of these men stoked violence and participated in it without consequence.

Even John James Audubon’s name is fraught in a nation embroiled in a racial reckoning. Long the most recognized figure in North American birding for his detailed drawings of the continent’s species, he was also an enslaver who mocked abolitionists working to free Black people. Some of his behavior is so shameful that the 116-year-old National Audubon Society — the country’s premier bird conservation group, with 500 local chapters — hasn’t ruled out changing its name. An oriole, warbler and shearwater all share it.

“I am deeply troubled by the racist actions of John James Audubon and recognize how painful that legacy is for Black, Indigenous and people of color who are part of our staff, volunteers, donors and members,” interim Chief Executive Elizabeth Gray said in a statement in May. “Although we have begun to address this part of our history, we have a lot more to unpack.”

For Newsome, community engagement manager for Georgia Audubon, the pain is real. When she first wore her organization’s work shirt, “I felt like I was wearing the name of an oppressor,” she said, “the name of someone who enslaved my ancestors.”

She and other ornithologists of color deal with added layers of discomfort while doing research. Alex Troutman, a Black graduate student at Georgia Southern University, says he goes out of his way to smile and wave at every white passerby when he’s in a marsh or field “to appear as least threatening as possible” and ease suspicions that he shouldn’t be there.

Offensive eponyms compound that sense of not belonging. Despite professional and amateur birding groups’ declared commitment to diversity, only two names have been discarded.

The Townsend’s warbler and the Townsend’s solitaire still invoke John Kirk Townsend, whose journals detail his exploits in traditional Native Americans burial grounds in the west. Townsend, a Philadelphia-born ornithologist in the early 1800s, dug up and collected skulls for studies that sought to prove the inferiority of Indigenous people.

The Wallace’s owlet and five other birds honor Alfred Russel Wallace, a British naturalist, explorer and anthropologist credited, along with Charles Darwin, for conceiving the theory of evolution through natural selection. Wallace’s writings frequently used the n-word, even when describing babies. In his 1905 book, “My Life,” he boasted about caring for a Black baby after fatally shooting her mother during a trip to Africa. He claimed to have mistaken the woman for an animal.

Three birds, including the crimson Jameson’s firefinch, are named after another British naturalist involved in a heinous act committed against a young girl he purchased as “a joke” in 1888 during an expedition in Africa. James Sligo Jameson wrote in his journal that the girl was then given to a group of natives described to him as cannibals. He drew sketches of the child being stabbed and dismembered.

In Honolulu, ornithologist Olivia Wang is equally harsh. She regards the honorifics that birds carry with disdain.

“They are a reminder that this field that I work in was primarily developed and shaped by people not like me, who probably would have viewed me as lesser,” said Wang, an Asian American graduate student at the University of Hawaii. “They are also a reminder of how Western ornithology, and natural exploration in general, was often tied to a colonialist mind-set of conquering and exploiting and claiming ownership of things rather than learning from the humans who were already part of the ecosystem and had been living alongside these birds for lifetimes.”

Indeed, white explorers, conservationists and scientists who crossed the world conveniently ignored the fact that birds had been discovered, named and observed by native people for centuries before their arrival.

Europeans named birds as though they were human possessions, but American Indians regard them differently. The red-tail hawk in some languages is uwes’ la’ oski, a word that translates to “lovesick,” because one of its calls sounded like a person who lost a partner.

Bird lovers have agitated to change eponyms linked to racists for several years but have encountered resistance.

It would cause confusion in the profession and among casual birders, opponents said. Books and ledgers would have to be revised, and people would have to learn new names. Only twice have such objections been overcome and the American Ornithological Society approved a switch. The first was for the oldsquaw, a species of waterfowl now known as the long-tailed duck. And last summer, the McCown’s longspur became the thick-billed longspur — the first time a name with a Confederate past was dropped.

By then, a confrontation in New York City had linked race and birding in an ugly way. In May 2020, Christian Cooper, a Black birder in Central Park, was falsely accused of threatening behavior by a white woman who called police on him after he asked her to leash her dog.

For the leaders of Audubon, the American Ornithological Society and the Cornell Lab of Ornithology, among other groups, systemic racism had hit home.

At the same time, activists in the ranks were growing more aggressive in opposing the eponyms. One of the loudest voices was that of Jordan Rutter, a white co-founder of Bird Names for Birds. She wanted to upend the society’s North American Classification Committee, an all-white panel that names new birds and reconsiders historic names.

The society has since publicly apologized for those and other insensitive comments.