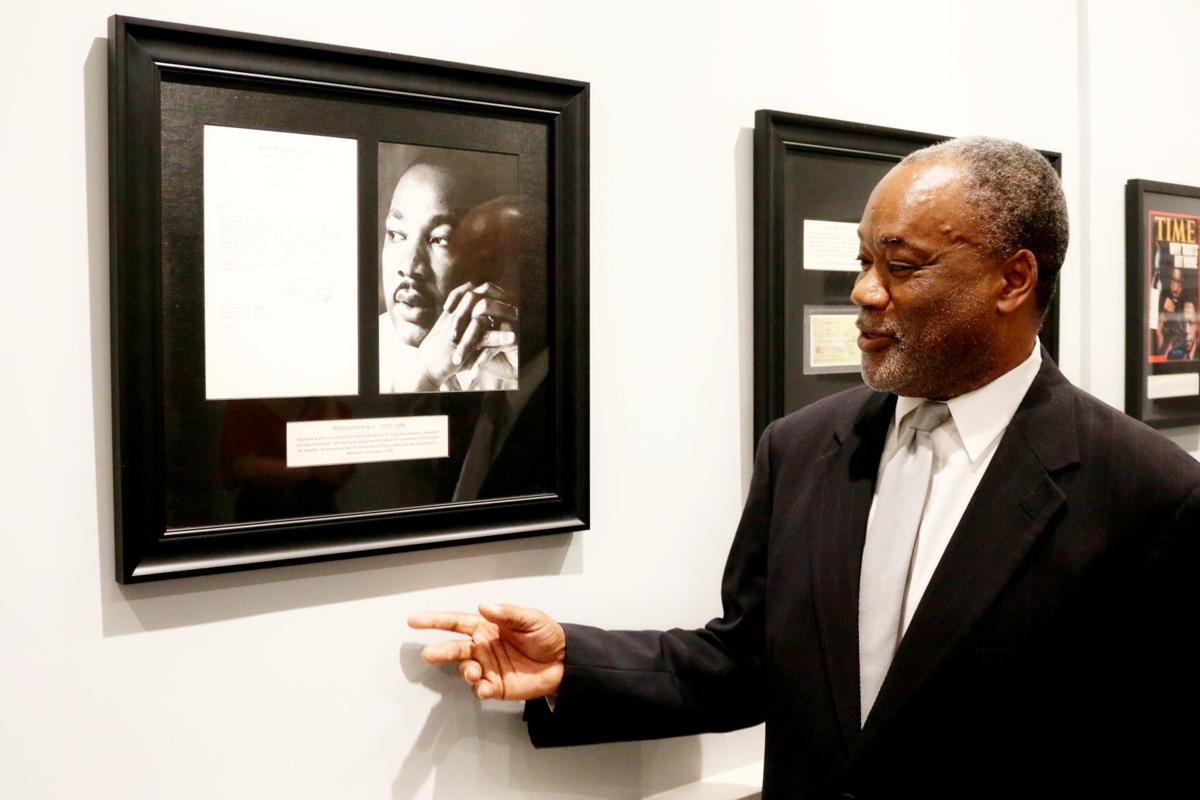 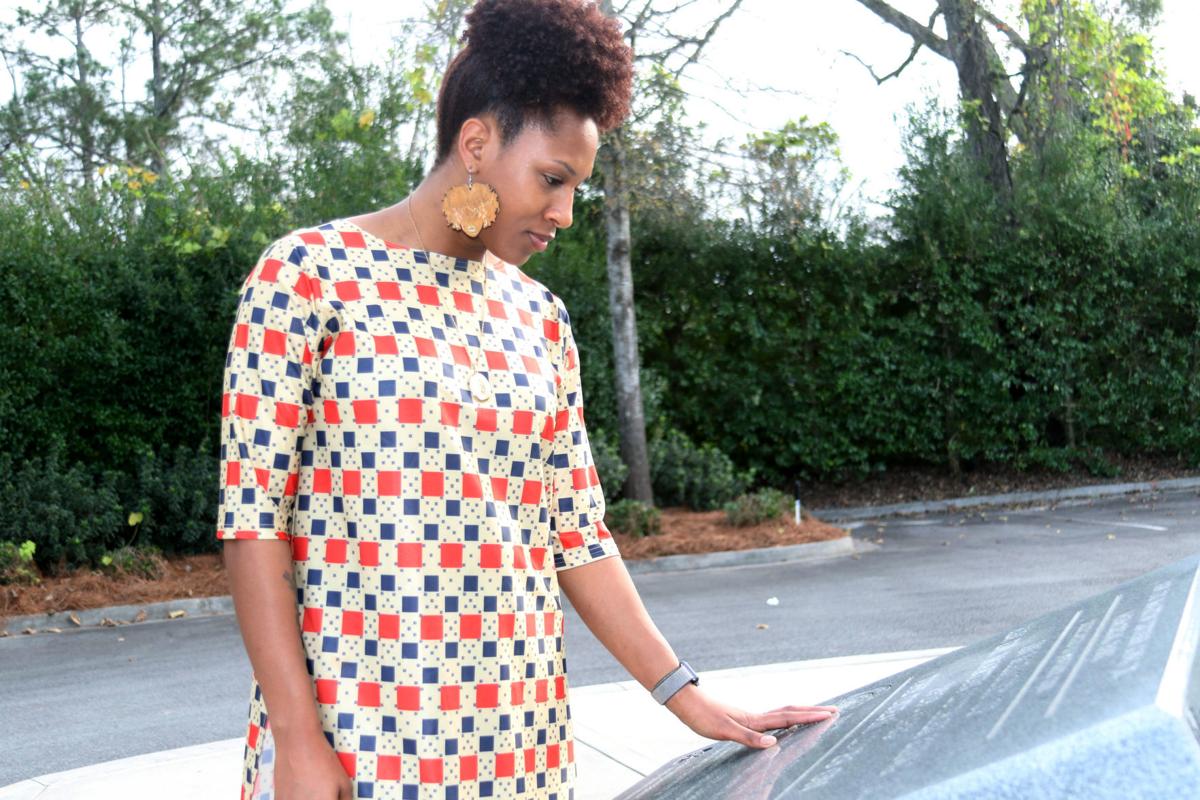 VALDOSTA, Ga. — Roy Copeland knew he was dressed “shabbily” but he didn’t expect a group of people to avoid him.

He was strolling downtown, not unusual for the African American attorney on a weekend, when he encountered a group of white people walking toward him.

“They see me coming, and they almost run out of the way,” Copeland said. “They literally yielded an entire sidewalk to me, and in my head, I’m kind of playing this game.”

As he got closer to the group, about 10 yards away, the people realized they knew him.

“We didn’t know that was you,” Copeland said they told him.

Though they didn’t immediately recognize him, he said he believes they did notice he’s an African American male.

But, Copeland said, encounters with racial overtones can be experienced on a sidewalk and many other places throughout the community.

The Valdosta native said there are divisions in the area. Though race is not the only divide; the town separates rich from poor, as well as individuals raised in Valdosta from those who moved here from somewhere else, he added.

“Being a local, I practically know everybody in this city, rich and poor, and I can tell you, there are people who are racist in this community and they know it,” Copeland said, “but, by and large, I don’t necessarily know if that is the true issue.”

Joseph “Sonny” Vickers, an African American city councilman who was raised in Valdosta during the time of segregation, said he believes African Americans have more inclusivity today than in the past.

He said progress allows African Americans to have seats on boards and authorities while obtaining more jobs though African American-owned businesses have decreased through the years.

Brittany Bell, an African American high school teacher, said the battles of the past continue as equality has yet to be achieved.

Bell recalls being in a store speaking to an elderly woman – a woman with white skin, she said.

During the conversation, Bell’s husband rushed up to her and affectionately touched her.

She recalls the woman telling her husband, “You’re lucky because another colored girl would’ve knocked you out.”

Taken aback, and feeling as if the woman took her back to the 1900s, Bell said she believes the woman was not intentionally being offensive.

While Bell continued the conversation after being called colored, her husband opted to walk away.

“I think … I’m used to code switching, and I’m used to being around a diverse group of people and being able to talk to a little bit of everybody, so when she said it, I didn’t get angry,” Bell said.

“I don’t think it was ignorance. I don’t think that she didn’t know that African Americans being called colored is a little played out,” Bell said. “It seemed innocent that she didn’t see a problem with it. It wasn’t like a slip of the tongue. It was this is normal, this is OK to say.”

Colored is a historical reference once utilized to identify and label African Americans. Another word used was the N-word.

Bell wants those words to vanish from conversations. To her, the N-word still holds negative connotations even though there are people who attempt to reclaim and redefine it.

African Americans mask it as a “term of endearment” though the language holds true to its origin, Bell said.

“It’s either good or bad,” she said. “You don’t see Jewish people walking around calling each other Jewish slurs. Nobody does that but us, and we have to rethink that. … I think it goes back to the psyche of ourselves.”

Having been in education for seven years, she compared the usage of the N-word to calling a child stupid. If done consistently, the child will begin to think he or she is stupid, Bell said.

Changing the final letters of the N-word from -er to -a does not give it new meaning, Bell said. The word has been normalized, not reclaimed, she said.

It is widely heard in hip-hop music and has been adopted by children when they speak to one another, she said.

“Kids use it not as a term of endearment but when they get mad or want to take each other down,” she said.

“If we really have an honest conversation about this term of endearment, how endearing is it is the question,” Bell said. “I don’t think it’s all that endearing.”

The cultural issue within the community goes beyond verbal language and enters into employment.

Valdosta is very much a “who knows who type of system” as there are multiple “money names,” Bell said. A person may or may not obtain the business, contracts or deals as others.

Vickers, on the other hand, sees African Americans excelling at gaining job positions.

He said there have been improvements through the years that benefit the African American community.

“The civil rights movement has made America look in the mirror at itself. We have improved America, not just the Black (historical figures) but other races too have helped America move forward,” he said. “We’re not where we want to be, but we are a long way from where we used to be.”

No elected officials were brown-skinned until he and two others joined the Valdosta City Council in 1985. Ruth Kimball Council was the first African American councilperson preceding Vickers.

He said he and the others were elected by districts filled largely with African American residents.

“We have some more things that need to be done, but a lot of it is left up to us that we can do a better job at supporting one another; help clean up communities and help get the bad elements out of the community by saying something,” Vickers said. “I believe America is the greatest and best place for opportunities, but you’ve got to apply yourself in order to accomplish them.”

Once a member of the Black Community Action Group, he and the organization challenged city and county leaders to open doors that welcomed everyone.

Various boards and businesses met the same issue, as well.

But on the topic of educating these children, Copeland said learning levels vary based on races. Though he believes parents are a student’s first teacher, he said a white child does not receive the same education as an African American child.

“I think that’s an abomination, period. That’s a disservice not only to the students but also to the parents,” Copeland said. “How do we get to sit at the same table if our students are going to different schools? I see a lot of inequality in that.”

He said he believes teachers should be rotated every two or three years to avoid schools specifically having predominantly Black or white teachers.

He said certain areas will never attain a sense of being all-inclusive because they’re income-driven.

To formulate an understanding between races, Copeland said people should communicate with one another.

At 6 a.m. some days, he has breakfast with white businessmen. The group converses about race, politics and other subject matters.

He said their time together usually ends with an understanding that people are the same with similar desires: a good life, a decent house and what’s best for their children.

“I think the fear is really of the unknown. People have to have open and candid discussions about race. They have to be truthful about their fears,” he said.

“For people who grew up in a very integrated society, schools in particular, who are fairly well-educated, I think that those barriers to a great extent have been busted down. I think that the division is based on race, in part, and socioeconomic standing. I don’t know where the greatest weight of the problem is. I know that race plays a role even now based on my own experiences.”

A long-term collector, Copeland utilized more than 100 of his historical pieces to establish the Copeland African American Museum alongside his wife. The museum is located in Valdosta State University’s Thaxton Hall.

Opening the museum was a way for Copeland to expose the community to history and encourage dialogue about people’s contributions.

While activists such as King are pictured, heavyweight boxing champion Muhammad Ali, the pioneers of the Tuskegee Airmen, musician B.B. King and President Barack Obama are represented.

All three community leaders pondered the question: Were African Americans ever set free?

“In the physical sense, yes, but I think that there’s a lot of psychological enslavement and much of this is self-inflicted,” Copeland said. “Some of my colleagues in academia, they talk about institutional restraints, and my response to that is that every person in this country does have an opportunity.”

He believes the battle is not yet over, because if it was, the current political climate of divisiveness would not exist.

Bell said while African Americans are not equal to other races, they should look internally to grasp who they are actually fighting.

There are too many issues to give up, she said.