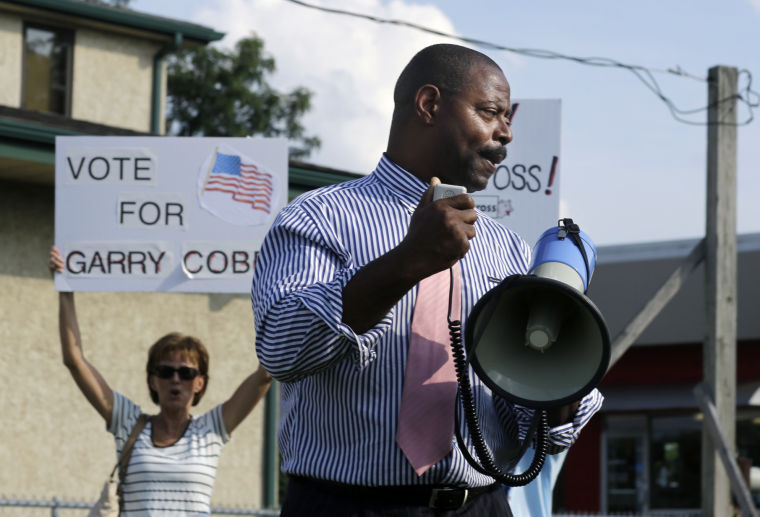 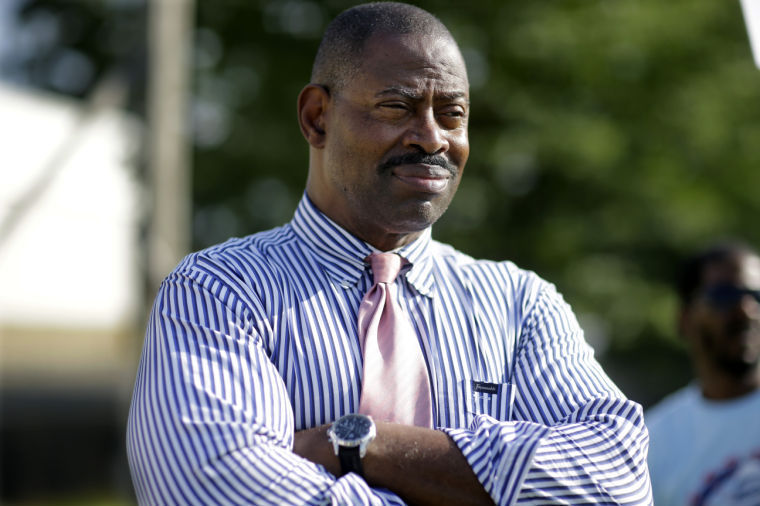 CHERRY HILL, N.J. — Garry Cobb spent more than a decade as a pro football player tackling opponents on the field. Now, the former Philadelphia Eagles linebacker-turned-radio-personality is taking on one of New Jersey’s most powerful political families in an uphill battle for an open congressional seat.

Cobb, a Republican political novice with less than $14,000 in the bank as of June 30, is taking aim at the Democratic establishment in New Jersey’s 1st Congressional District, a reliably blue swath on the outskirts of Philadelphia that includes the city of Camden.

And he’s running against state Sen. Donald Norcross, a former labor leader and the brother of south Jersey powerbroker George Norcross, who is widely considered one of the most powerful men in the state.

But Cobb, who is Black, has been gaining national attention in recent days on the conservative television circuit, appearing on programs like “Fox & Friends.” During his appearances, he has accused Democratic lawmakers — including President Barack Obama — of failing minority communities by supporting harmful welfare policies he said incentivized the breakup of families, perpetuating a cycle of poverty.

The seat opened after Rob Andrews announced his resignation this year amid allegations he misused campaign funds. The complaint was dismissed in May.

Cobb accused the Norcross family of “benefiting from the poverty” in the city.

But Norcross, who is running on a platform that stresses job creation, affordable education and new investments in manufacturing, as well as ensuring the state gets its fair share of federal money, dismissed the charges.

“The only name on the ballot will be that of Don Norcross,” he said. “The important thing here is my record, working for working families for my entire life.”

An electrician by trade, he said he hopes to work with Republicans in Washington to get things done for his constituents, just as he worked with Republican Gov. Chris Christie to pass landmark bail reform legislation. — (AP)

“The sheer level of frustration from the average guy in the street about what’s going on in Congress, it’s horrible,” he said. — (AP)