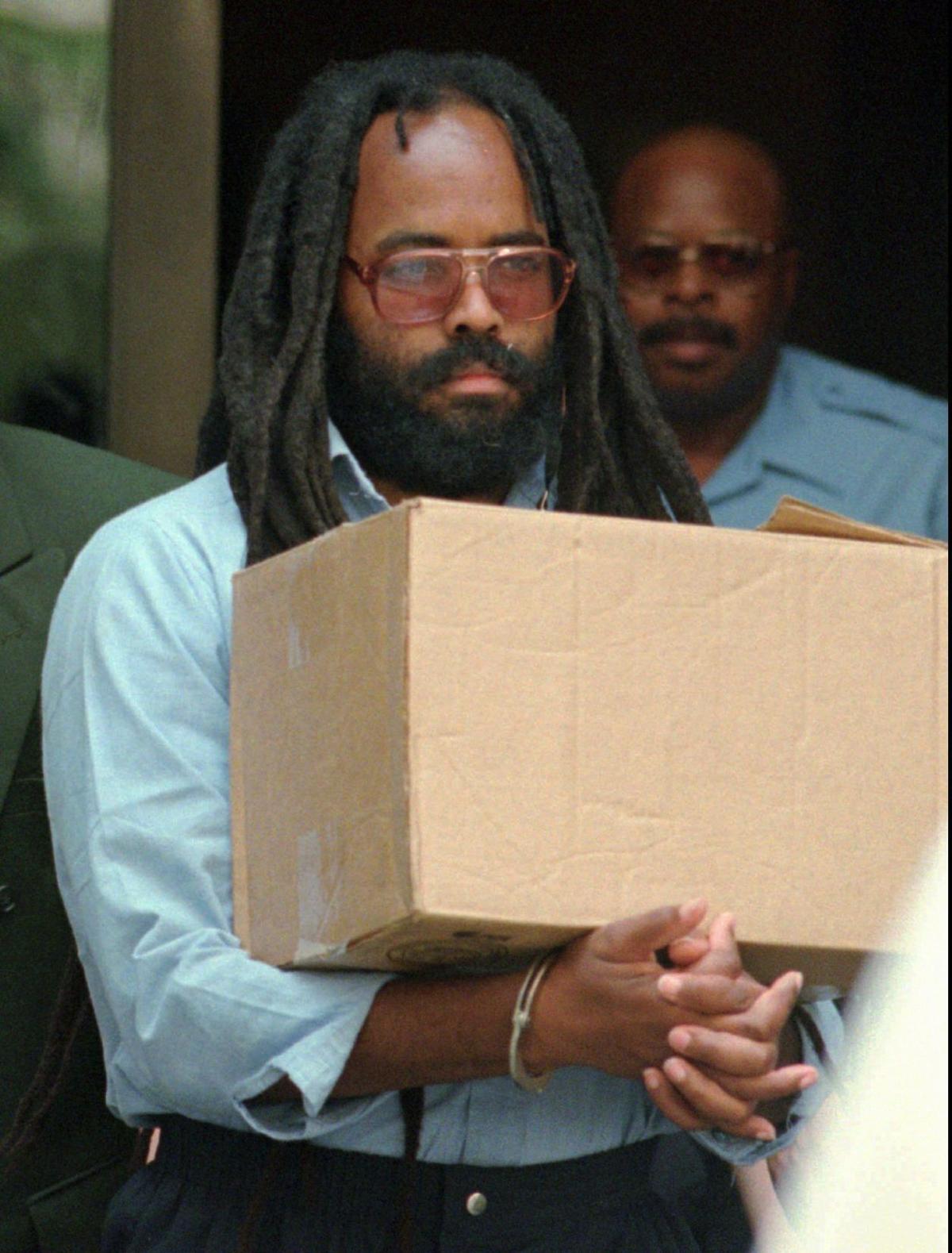 Mumia Abu-Jamal leaves Philadelphia City Hall after a hearing in 1995. 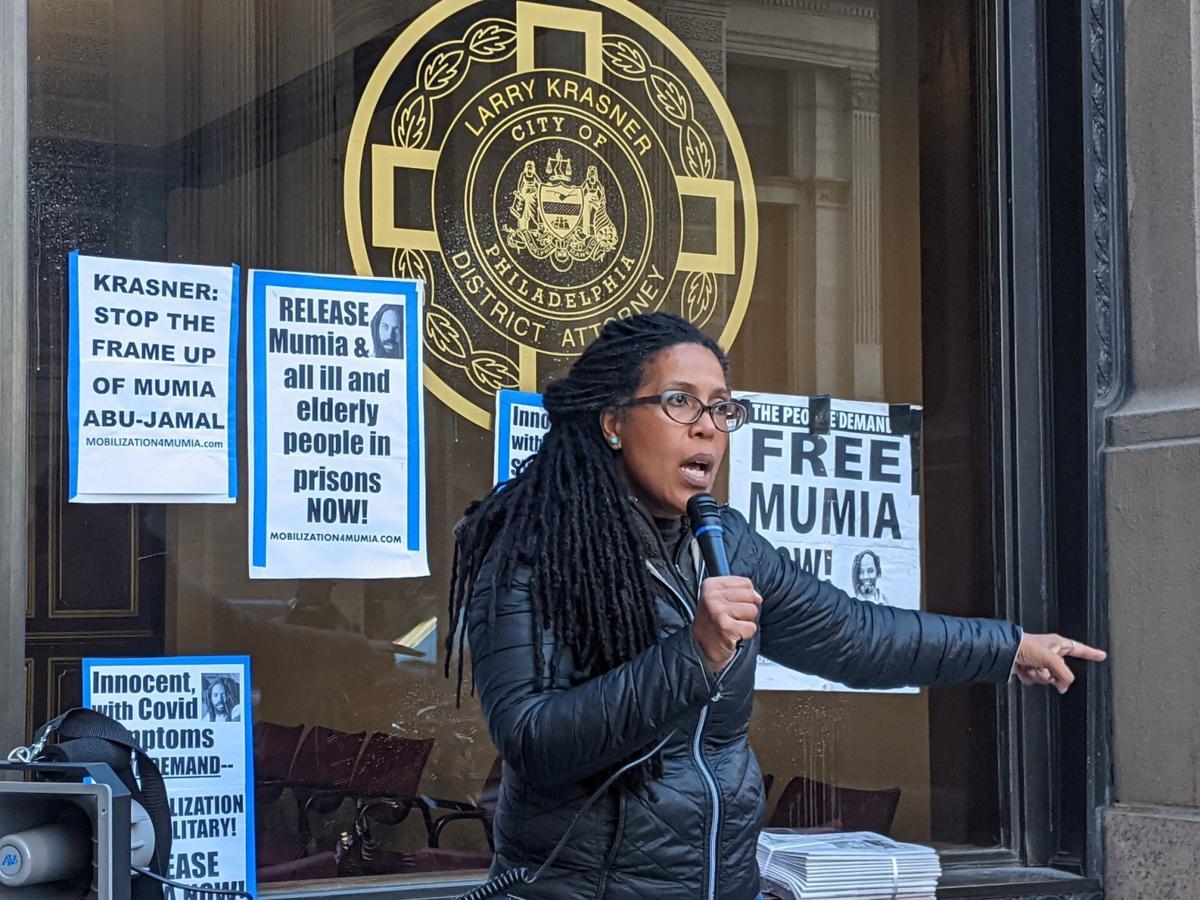 Johanna Fernandez, a supporter of Mumia Abu-Jamal, speaks at a Center City rally Wednesday. She said Abu-Jamal has experienced chest pressure and labored breathing for at least a week. —TRIBUNE PHOTO/MICHAEL D’ONOFRIO

Mumia Abu-Jamal leaves Philadelphia City Hall after a hearing in 1995.

Johanna Fernandez, a supporter of Mumia Abu-Jamal, speaks at a Center City rally Wednesday. She said Abu-Jamal has experienced chest pressure and labored breathing for at least a week. —TRIBUNE PHOTO/MICHAEL D’ONOFRIO

Mumia Abu-Jamal has tested positive for COVID-19, according to one of his attorneys.

The state Department of Corrections informed Abu-Jamal’s counsel that Abu-Jamal tested positive for the virus early Wednesday, said Robert Boyle, one of his attorneys, during a telephone interview.

Boyle could not confirm additional details about Abu-Jamal’s condition or location inside Mahanoy State Correctional Institution in Frackville. But the attorney said he believed Abu-Jamal would be isolated from other inmates.

During a Center City rally Wednesday for the 66-year-old Abu-Jamal, supporter Johanna Fernandez said he has been experiencing chest pressure and labored breathing for at least a week.

Maria Bivens, a spokeswoman for the state Department of Corrections, said in an email that, “Medical information about an inmate is not public information.”

At least one previous COVID-19 test conducted at the prison had come back negative, Fernandez said.

It was also revealed Wednesday that Abu-Jamal has congestive heart failure. He also has liver damage from hepatitis C and high blood pressure.

About a dozen supporters outside the district attorney’s office called for Abu-Jamal’s immediate release due to his pre-existing conditions and positive COVID-19 test.

“Mumia needs to be immediately released,” Fernandez said, adding: “Mumia has serious medical conditions that make him vulnerable to death.”

Suzanne Ross, a longtime supporter of Abu-Jamal, said in a telephone interview that the inmate should be transported immediately to a hospital where he can recover from COVID-19 and have his other health care issues monitored.

“The department of prisons is responsible for the people under their charge,” Ross said. “If there’s a treatment for a condition inmates have, they can’t be denied that treatment.”

Abu-Jamal, formerly known as Wesley Cook, was convicted of fatally shooting Philadelphia police officer Daniel Faulkner after Faulkner had reportedly pulled over Abu-Jamal’s brother during a late-night traffic stop in 1981.

In prison since 1982, Abu-Jamal was on death row until 2011, when his death sentence was ruled unconstitutional. He is now serving a life sentence. Abu-Jamal and his supporters have always maintained his innocence, alleging that his trial was tainted by police corruption and racism.

Abu-Jamal is appealing his conviction in Pennsylvania courts.

On the eve of the broadcast of a new documentary about MOVE, the group has responded to the City of Philadelphia’s official apology for the 19…

For nearly 39 years, the acclaimed journalist and political prisoner Mumia Abu-Jamal has maintained his innocence in the 1981 murder of a Phil…

Mumia Abu-Jamal is in prison infirmary with COVID-19, attorney says

Mumia Abu-Jamal remains in a prison infirmary with COVID-19, one of his lawyers said.

God Bless and Protect him and keep him healthy and safe from harm!! InSha'allah !!