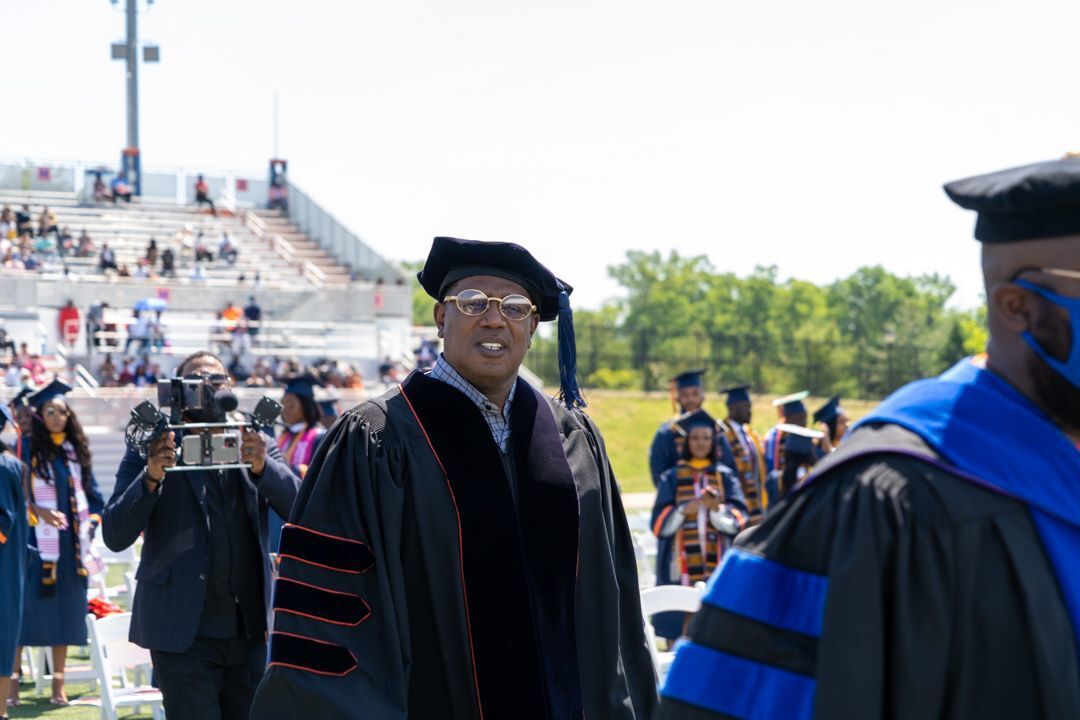 Percy “Master P” Miller received his honorary Doctor of Humane Letters during Lincoln University’s commencement for the class of 2021 on Sunday. 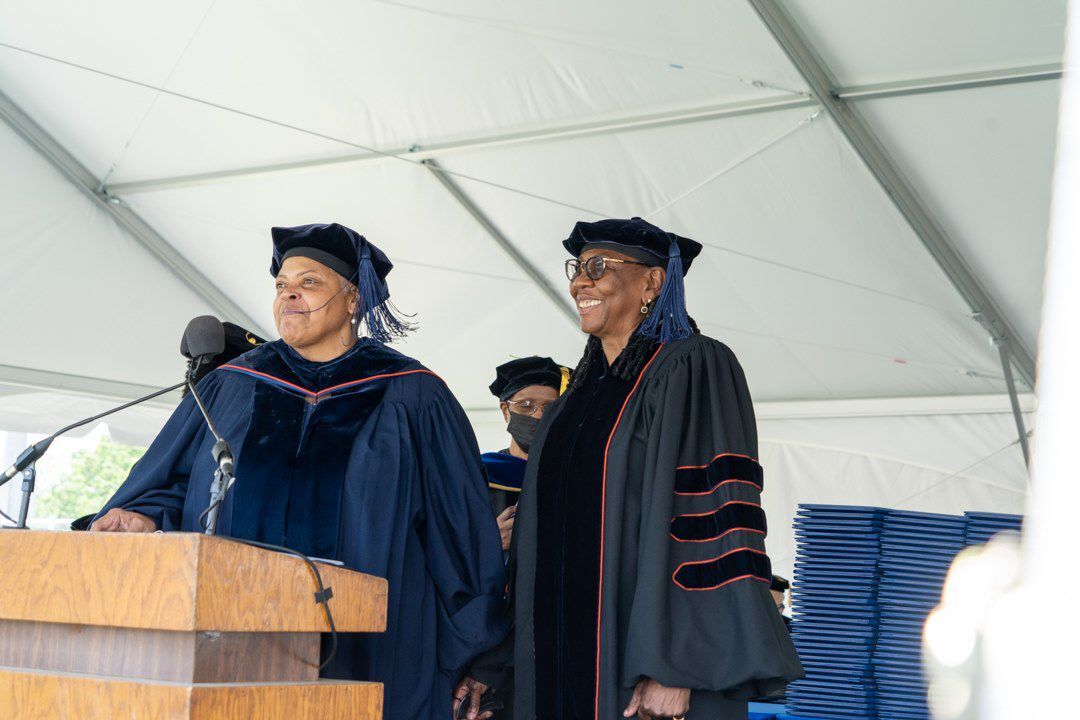 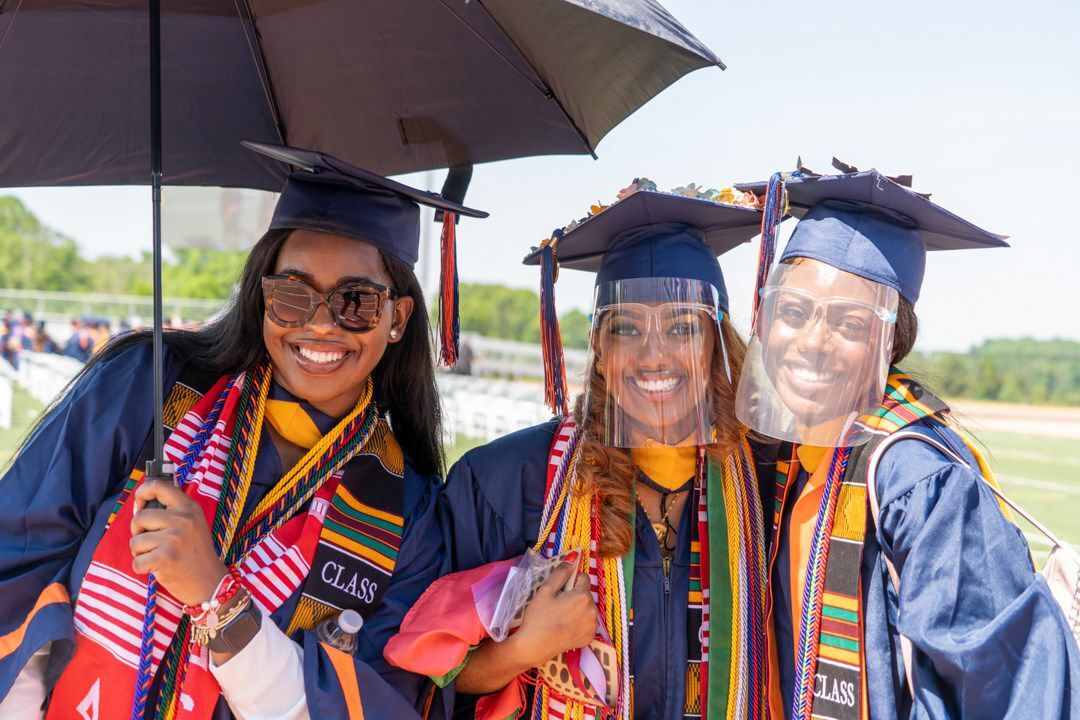 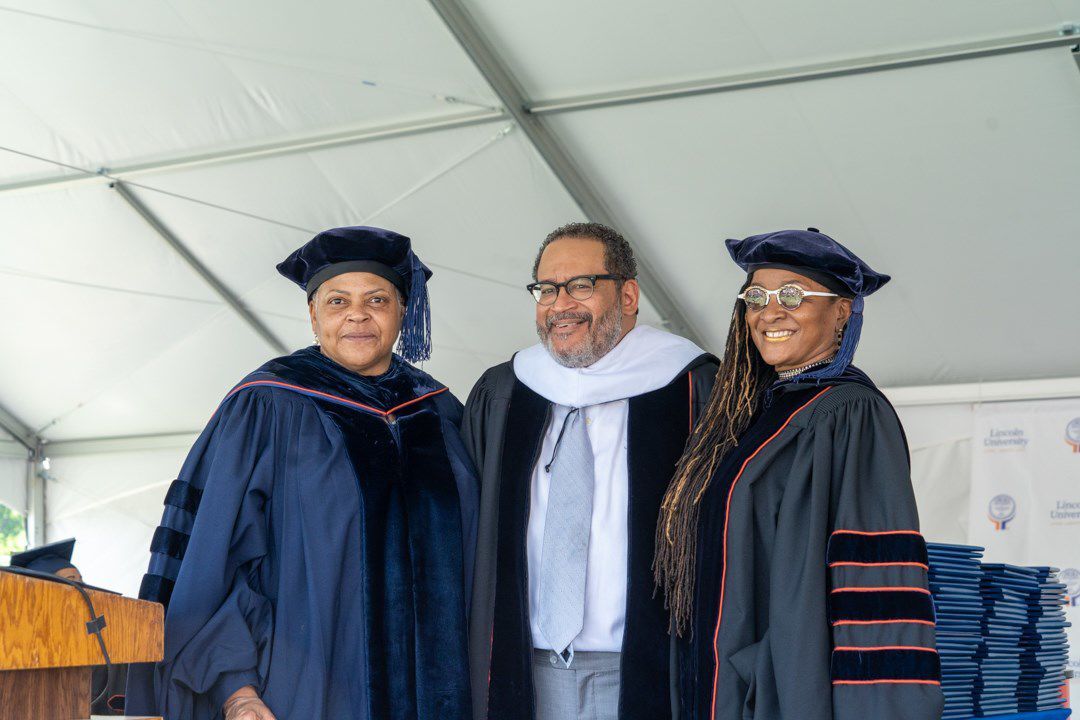 Percy “Master P” Miller received his honorary Doctor of Humane Letters during Lincoln University’s commencement for the class of 2021 on Sunday.

“Use your knowledge in defense of vulnerable people. Effect change in a positive sense,” Dyson told the graduates. “You have to use what you gained here to help others.”

In Dyson’s lyrical style, he recited lines from songs ranging from Barbra Streisand to Christopher “Notorious B.I.G.” Wallace and from The Temptations to fellow Lincoln honoree Percy “Master P” Miller. His lively speech had him start the lyrics to the song as the crowd loudly responded by finishing the words.

Dyson has taught at Brown, University of North Carolina-Chapel Hill, Columbia, DePaul, Georgetown and the University of Pennsylvania. He is currently a Centennial Chair and professor of African American and Diaspora Studies in the College of Arts & Science; and a professor of Ethics and Society in the Divinity School at Vanderbilt University.

University president Brenda Allen said “His (Dyson’s) 24 books, including seven New York Times bestsellers, whose subjects range from Martin Luther King, Jr. to Malcolm X, Tupac Shakur, Jay-Z, and Barack Obama — as well as his commentary on NPR, CNN, MSNBC, and Fox News — continue to illuminate, in frank and searing terms, what it means to be Black in America.”

“There are no limits except those you impose on yourself,” Dyson said.

He told those at the 162nd commencement of the nation’s first degree-granting Historically Black College and University (HBCU) that it’s easy to criticize and harass people online and “be a hater,” as he said, “They be hatin’ on people who don’t look like them, don’t speak like them.”

Dyson cautioned: “You have to understand grace and mercy and forgiveness.”

He also encouraged everyone to register to vote and use that vote because it matters as he compared the current administration of President Joe Biden to the previous one of Donald Trump — without mentioning any names. He said that one holder of the office, who no longer has the same social media presence, “went online to excrete the feces of his psychic commode.” So it’s important “You’ve got to learn to vote,” he said. “Help change views of race, class and gender.”

Also of gender, Dyson said how important it is to hold women — especially Black women — in high esteem everywhere we go. “Stop demonizing our sisters,” he said. “There is something special about Black women. “The real politics should be the politics of recognition,” he said.

Carter is the co-founder and chief executive officer of the Shawn Carter Foundation (SCF), which she established in 2003 with her son Shawn “Jay-Z” Carter. SCF helps young individuals facing socio-economic hardships further their education at institutions of higher learning. Hamilton, a former Lincoln University professor, is a political scientist, civil rights leader, author, and the Wallace S. Sayre Professor Emeritus of Government at Columbia University. He co-authored “Black Power: The Politics of Liberation in America” in 1967 with Stokely Carmichael (Kwame Ture). Master P is a hip-hop mogul, actor, producer, entrepreneur, and philanthropist who founded No Limit Records, which has sold 100 million records.

The ceremony for the 2020 class was held Friday afternoon.