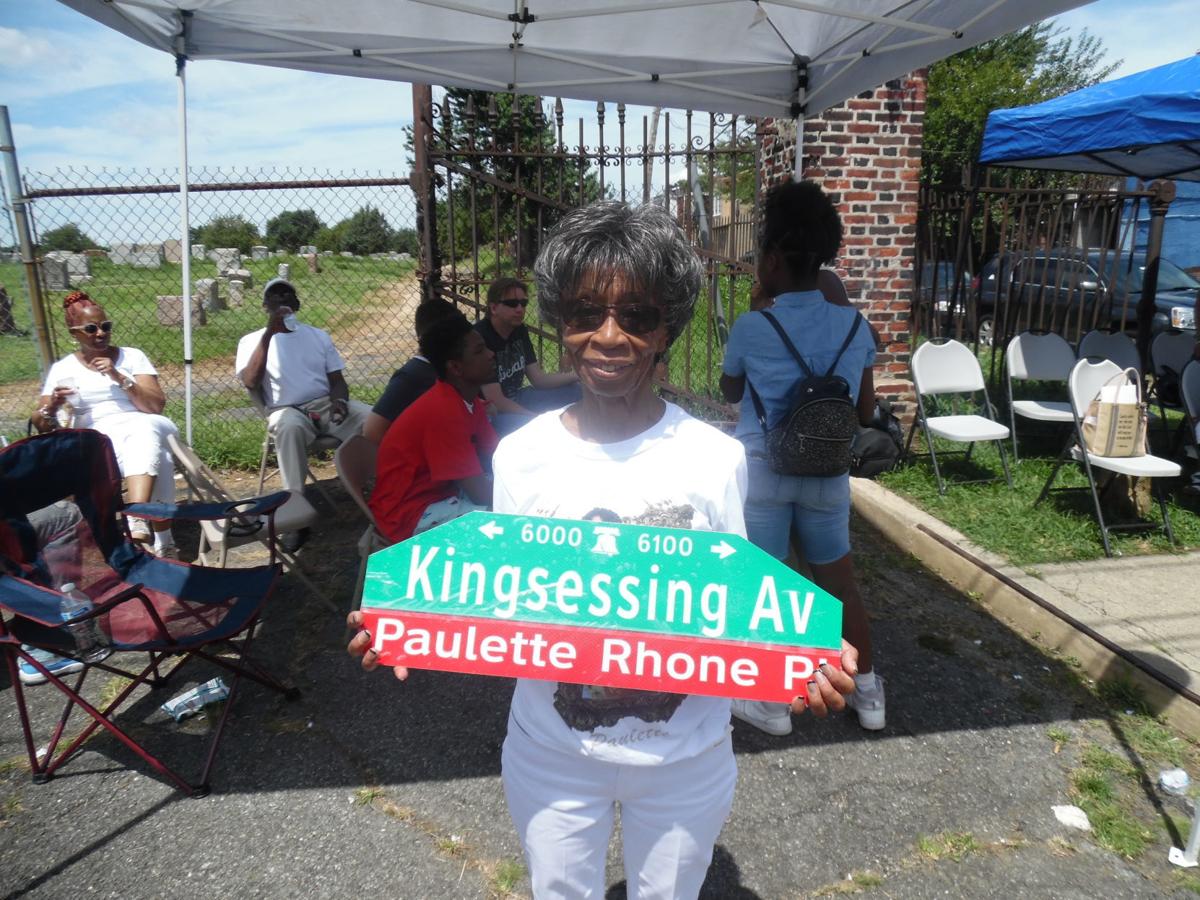 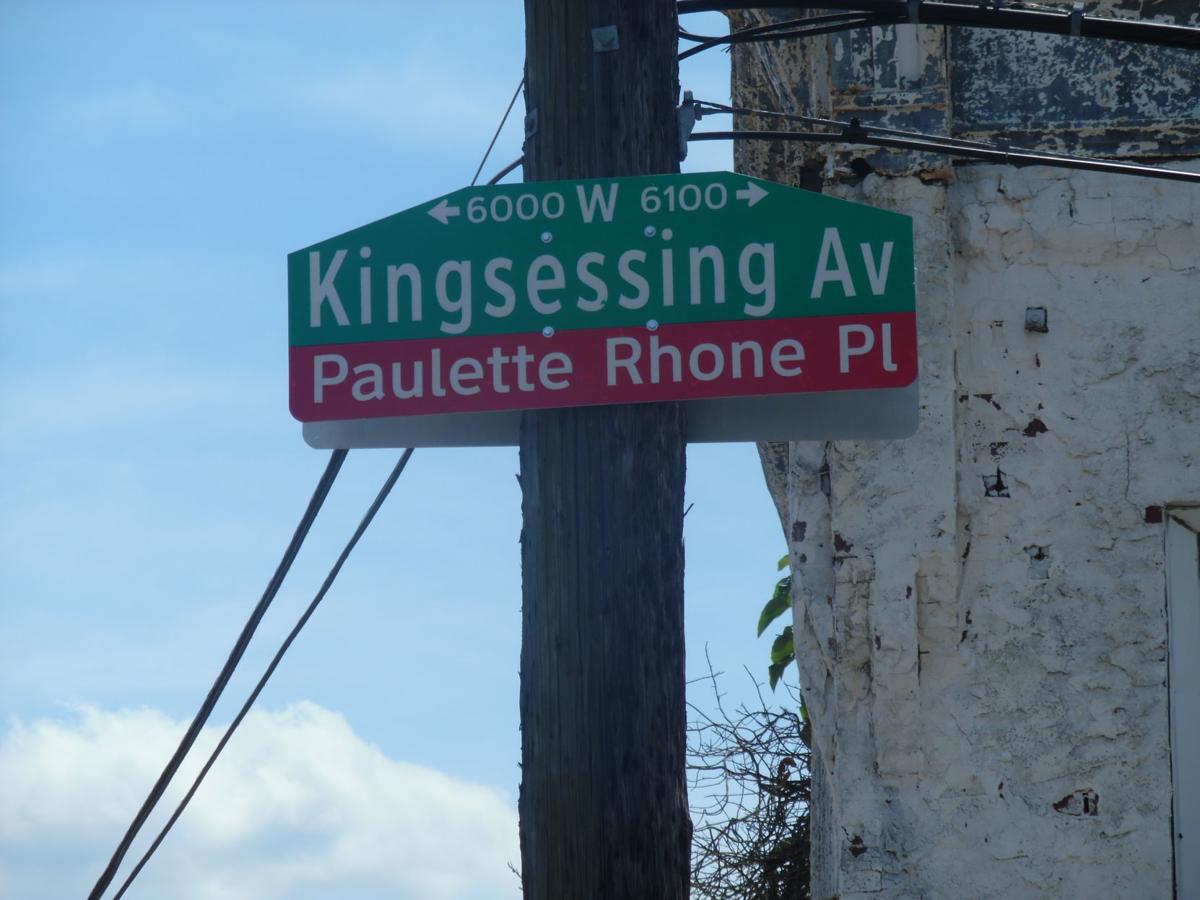 The sign for Paulette Rhone Place at 61st Street and Kingsessing Avenue.

The sign for Paulette Rhone Place at 61st Street and Kingsessing Avenue.

Southwest Philadelphia residents gathered recently to celebrate the legacy of the late Paulette Rhone, a community advocate who dedicated her life to the restoration of Mount Moriah Cemetery.

Rhone, who died in February, was known for her dedication to the historic cemetery, where her late husband, Gilbert, was buried in 1993.

“She had a passion and a commitment to improving the quality of life for the residents here in Southwest Philadelphia, and when it comes to Mount Moriah Cemetery, this was her baby,” Councilman Kenyatta Johnson said during a ceremony designating 61st Street and Kingsessing Avenue as Paulette Rhone Place.

“Most importantly she made sure that those who are resting inside this cemetery can rest in an environment that is beautiful and also fitting for someone who has passed on and gone away from their family,” Johnson said.

The community was overwhelmed with joy and appreciation for the street dedication, said Rosalie Manning, Rhone’s mother.

“I wasn’t aware of much of what Paulette did,” said Manning, who learned much about her daughter’s accomplishments from accolades given by organizers, residents and friends at the ceremony.

“I knew she was always going to meetings and always down here at the cemetery, always at the garden where she was cultivating many vegetables and community meetings,” she said. “All of that was brought home today as to how involved she was.”

Rhone’s son, Brandon Rhone, was pleased by the turnout and honors given to his mother.

“I think it’s absolutely fantastic that the city of Philadelphia and Councilman Johnson’s office felt it fitting to rename the 6100 block of Kingsessing Paulette Rhone’s Place,” he said.

“Paulette Rhone’s Place is so fitting because this is where she spent a lot of her time and the revitalizing and renaming of the cemetery and just being with the people of the community,” Brandon Rhone said. “I feel honored to be her son, and to look around and see all of the people that are represented, the mixture of people gathered here, is a true testament of my mother’s leadership.”

He said the diversity of people attending the ceremony was representative of his mother’s ability to unite people of all races, ethnicities and backgrounds to work together doing productive and valuable things for the community.

Ilan Rhone, Paulette Rhone’s daughter, was likewise touched by the turnout and the show of love and support for her mother.

“It means a lot because my mom started this all because she loved my dad and wanted to give him a home to rest in that was clean and showed pride,” she said. “She started this out of love, and it grew into something special. It’s amazing that she touched so many lives.”