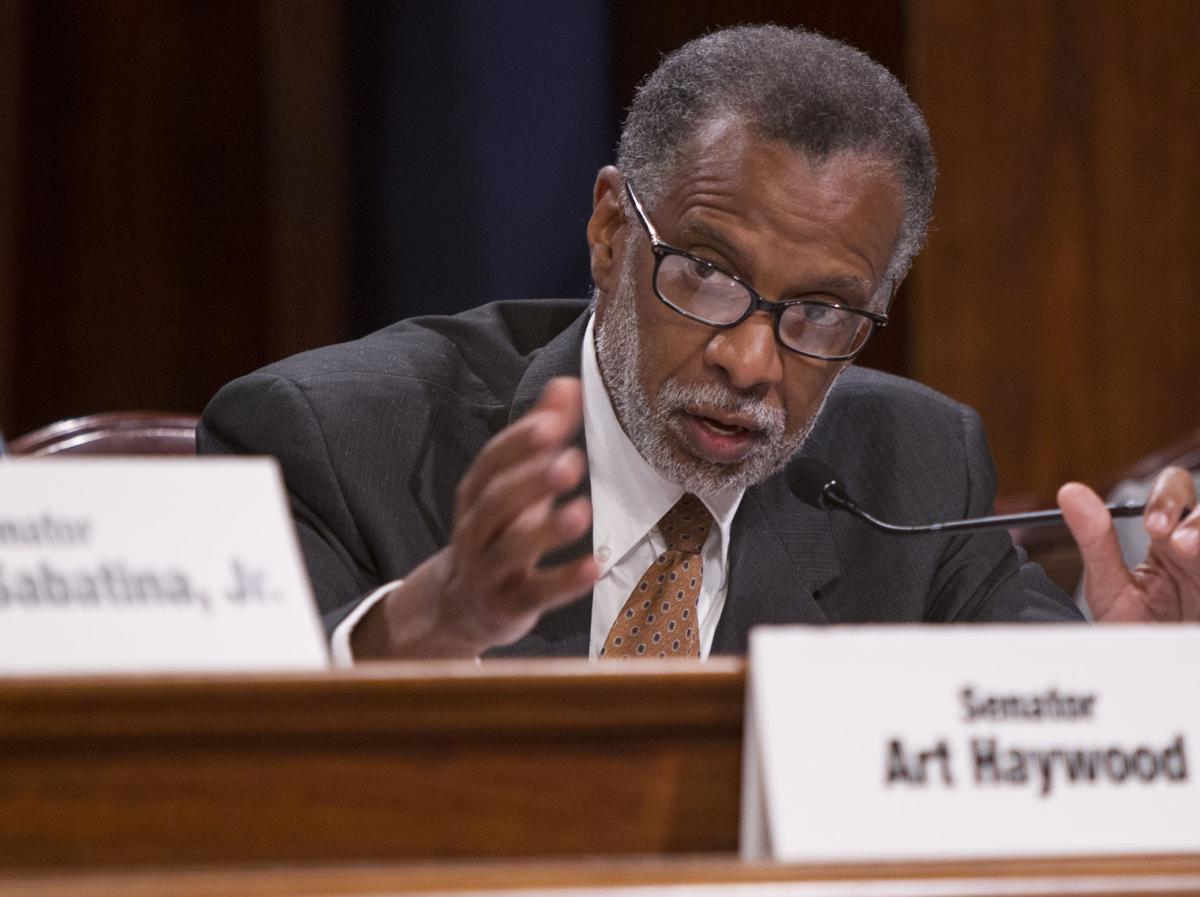 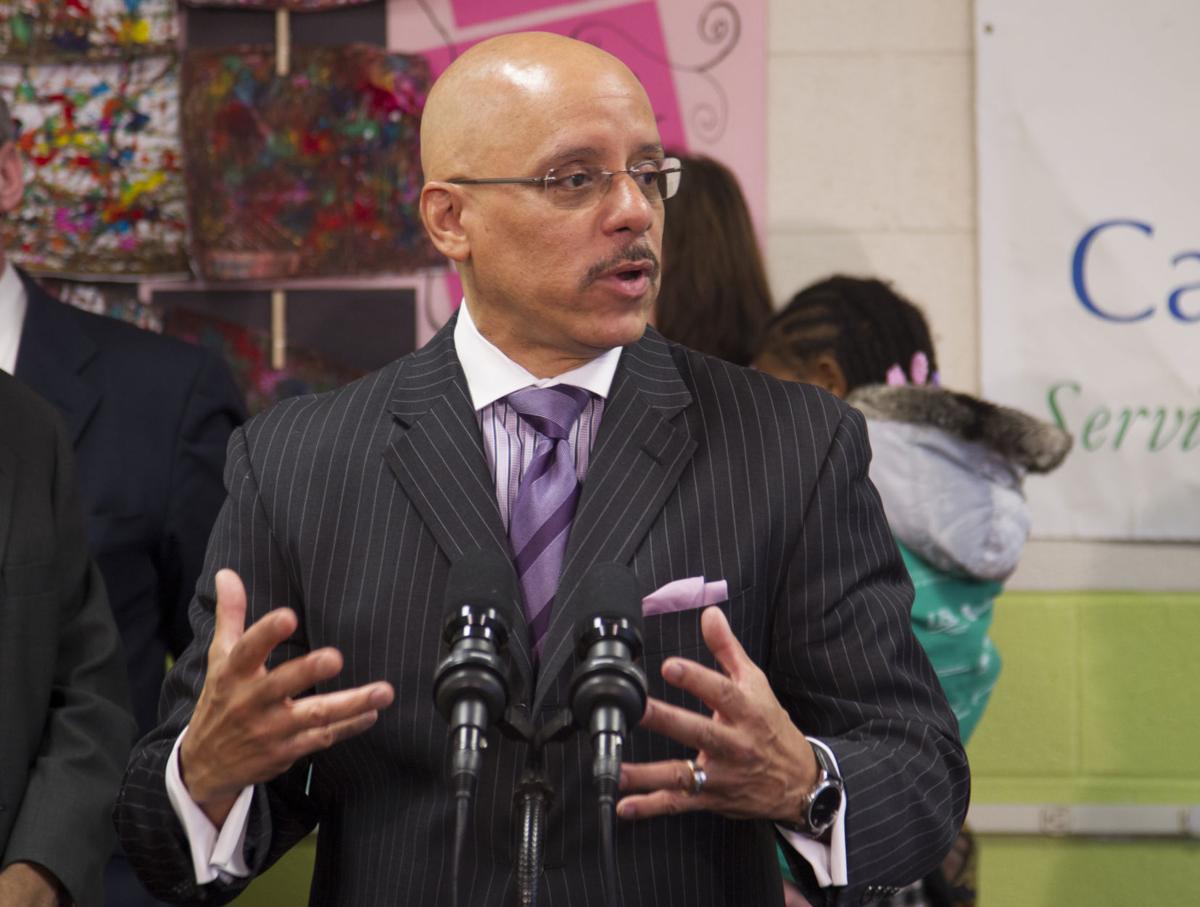 A proposal to change Pennsylvania law to let poll watchers serve outside their home counties has drawn opposition from Democrats, including state Sen. Vincent Hughes, who say it would open the door to voter intimidation. 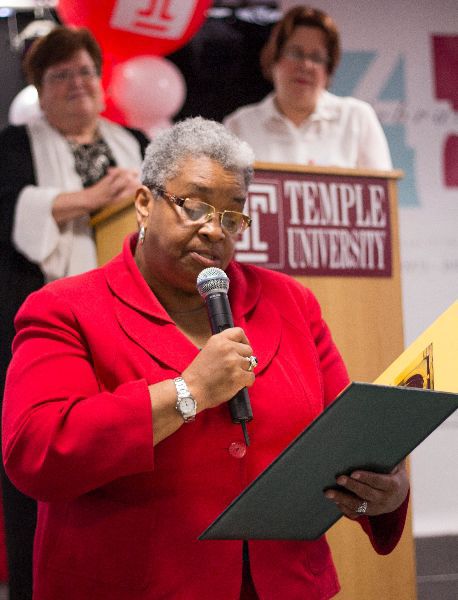 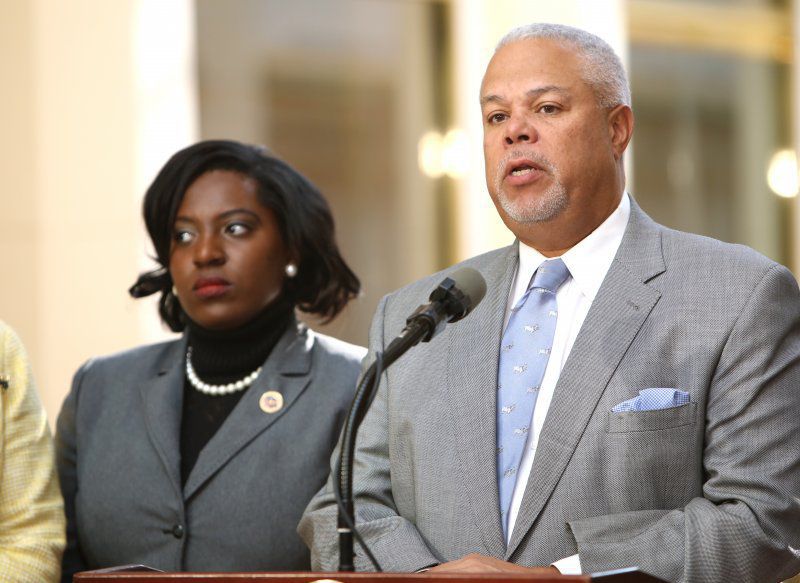 A proposal to change Pennsylvania law to let poll watchers serve outside their home counties has drawn opposition from Democrats, including state Sen. Vincent Hughes, who say it would open the door to voter intimidation.

The Pennsylvania General Assembly, one of the largest full–time legislatures in the nation, struggles to achieve diversity in both the state House and Senate, according to Census data and the views of several local political observers.

There are 203 state representatives — 19 are minority. There are 50 state senators, and four — Art Haywood, Vincent Hughes, Shirley Kitchen and Anthony Williams — are African American.

Pennsylvania’s population is 10.5 percent African American, according to the U.S. Census. However, Blacks make up 8 percent of the Senate in Harrisburg and 9.3 percent of the House lawmakers.

All of the state senators represent districts that include portions of Philadelphia. Subtract them and the state Senate is 100 percent white.

“Those are dismal numbers and if we are going to change those dismal numbers we are going to need to create broad–based candidates, like a Seth Williams, like a Corey Booker,” Jay McCalla, a deputy managing director under two former mayors, John Street and Ed Rendell, said in reference to Philadelphia’s district attorney and the U.S. senator from New Jersey, respectively.

“They need to do the Barack Obama thing — put together the Black votes, establish a white core and create a special ethnic appeal. That’s what they have to do if they want to expand beyond simply representing Black districts,” added McCalla, who is now an executive at WURD talk radio.

On one hand, it could be argued that the racial makeup of both chambers mirror that of the districts their respective lawmakers represent.

According to data provided by the National Conference of State Legislatures in conjunction with Pew Charitable Trusts, the number of African-American lawmakers at the state level jumped from 2 percent to 9 percent between 1971 and 2009 nationwide But since 2009, the advances of women and African Americans in legislatures have stalled.

This comes as the African-American population in the United States has risen from about 11 percent in the 1970s to about 13 percent now.

“The main challenge is getting legislators who commit to an agenda that helps low– and middle–income families get ahead, as opposed to just supporting a business agenda,” said Haywood, whose 4th Senatorial District comprises parts of Montgomery and Philadelphia counties.

Message and agenda are equally important, Haywood said, noting the issue for him in the Senate is getting legislators, particularly from Bucks, Chester, Delaware and Montgomery counties that surround Philadelphia, to be fully committed to the agenda in their home districts and when they cast their votes in Harrisburg.

“We have individuals who say they are for these issues when they are in their home districts, but in Harrisburg, they don’t provide leadership when it matters,” Haywood said. “We need people who are focused on representing the people trying to stay in the middle class, or trying to get there. They feel the system is not producing solutions for them. I’d feel angry too.”

On the other hand, this is a problem that African-American voters and legislators have themselves created, McCalla argued.

“It seems to me, that on one level, there might not be enough of an interest in elected office, just like it’s hard to recruit Black people for the police department here,” McCalla added. “Certain positions in certain times might not attract certain people. We have a high political class in Philadelphia, but that may have less appeal in other communities.”

Former state Rep. Tony Payton said the issue boils down to racism mixed with having the impetus to run.

“Part of the issue is that historically, we’ve had segregated communities and now when it comes to drawing legislative lines, communities of interest are drawn together,” said Payton, who represented the 179th House district from 2007 to 2012. “You will see in some areas they have had African-American representation for some time, but in other places, like Delaware County, African-American representation is new.

“It could be that not a lot of people of color [are] offerings themselves up in those areas,” Payton added. “I don’t know the reason for that and it would be hard to speculate, but it just seems there haven’t been a lot of Black people running. But diversity is an issue at–large in this country and we have to drive to be multicultural and more inclusive.”

Coalition building is the single most overlooked element of a campaign and its one minority politicians should consider, McCalla said.

“That can be more difficult, because they will have to learn to speak different languages,” McCalla continued. “The Black politicians are well-versed in the issues that affect us, but then they would have to learn the issues concerning the immigrant community, and what challenges the Asian community faces.

“That’s the one thing limiting the African-American politician: if it isn’t concerning the Black community, we don’t try,” he said.

I can understand we are in need of more minority lawmakers. But the only blame in this is the Philadelphia lawmakers. I always stated we have to educate our children to become future leaders. But Philadelphia lawmakers has to have a mental change in the way they think. How long have they known that the schools had antiquated systems that misreads GPA averages in Public and High Schools. So many children could have had college scholarships. But when you have parents who are illiterate to the knowledge of GPA averages on their children's report cards. And the kids in HS doesn't look at that important information on their report cards. Than what would the result be.
I have seen so many black children who were School and class Valedictorians. Averaging between 3.2 to 4.0 in grade levels. What has the school system done to acknowledge them. Nothing. When you have lawmakers that believe wearing your pants down and underwear showing is a style that should not be touched. Who are the Philadelphia Lawmakers representing?
When you take away laws to give leniency to criminals, what can the Philly cops do when there are some who take advantage of those lenient laws to hoodlums who cause more neighborhood take overs.
You look at every block in North Philly to West Philly to the North East. Blocks are being taken over by drugs and hoodlums. Their are no valid laws to protect these kids today. You have kids afraid to walk to school because of the lenient laws in place. You have kids who are afraid to go to some of their classes. Because of the bullies.
Look at education, how did the Philadelphia School district have a huge surplus 25 years ago and dwindle down to nothing. Just seems funny how black lawmakers state that their are so few in Philly politics, but who actually caused that to happen. We can't blame the federal Government on everything.
These kids are growing up with more intelligence, that doesn't mean they will go to college. These kids see and know how Philly politics play. They are no longer stupid.
If you want educated children to become future leaders, than the mind frame has to change in the black lawmakers.

I guess your took my comment out. Truth hurts