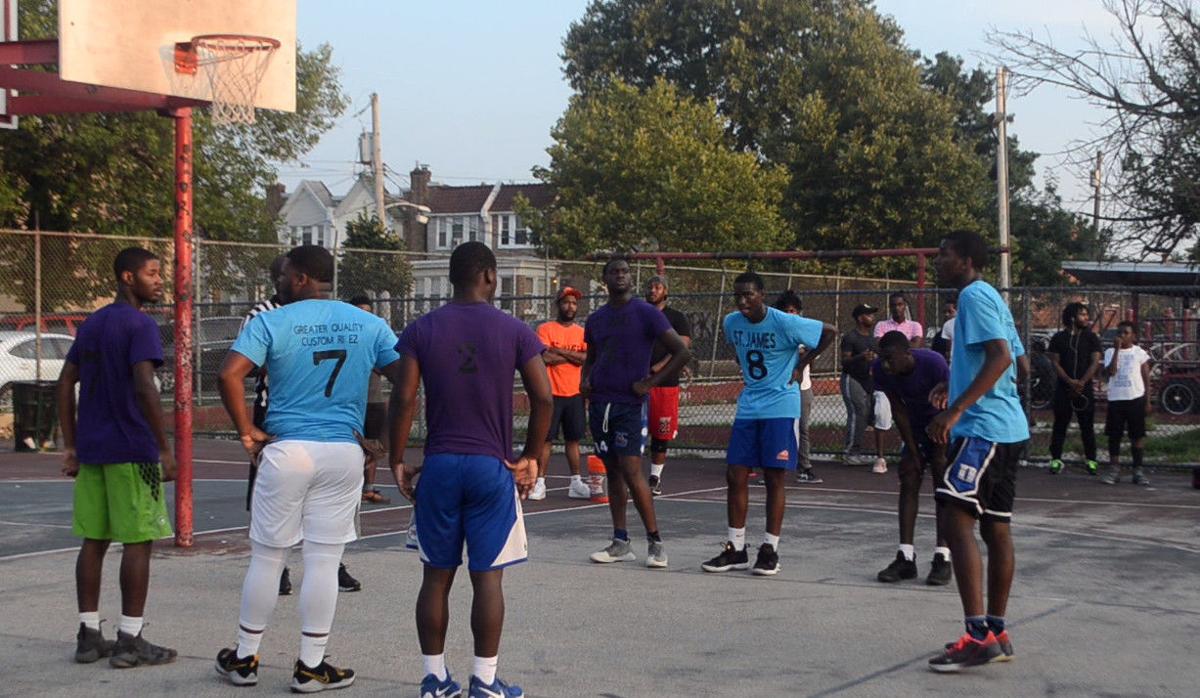 After a 10-year absence, St. James United Methodist Church has re-established its basketball league this month at Ziehler Playground in the city’s Olney section. 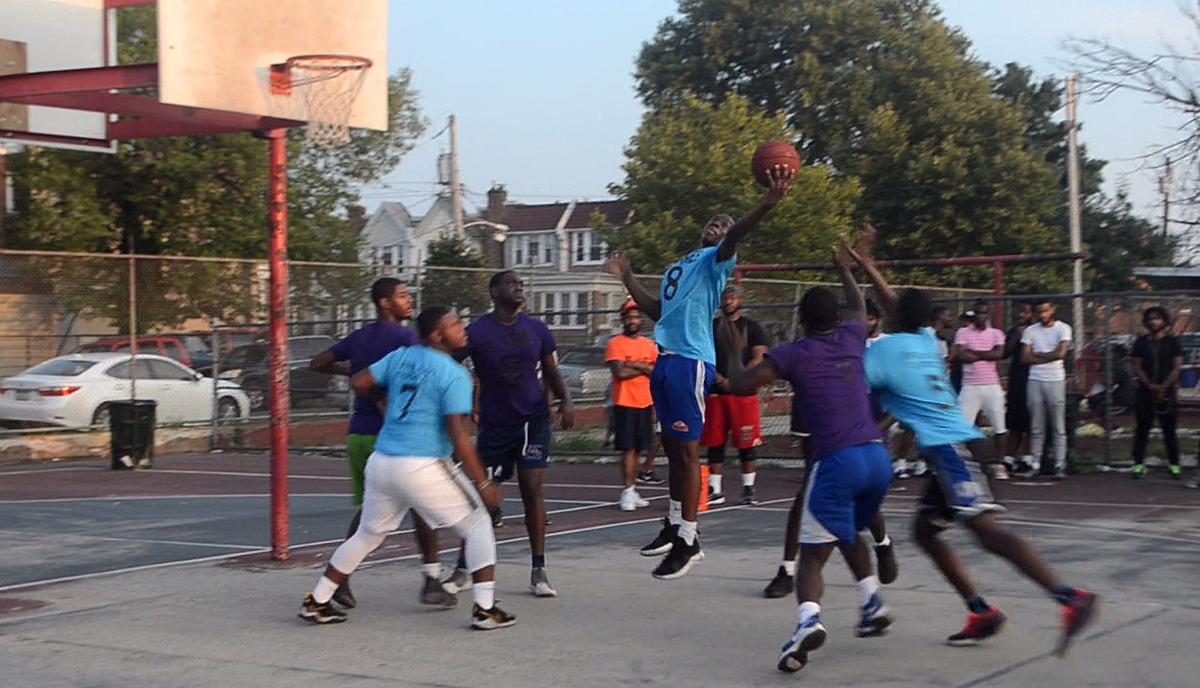 The league has eight teams comprising 85 Black, Latino and white teenagers whose ages range from 13 to 16. 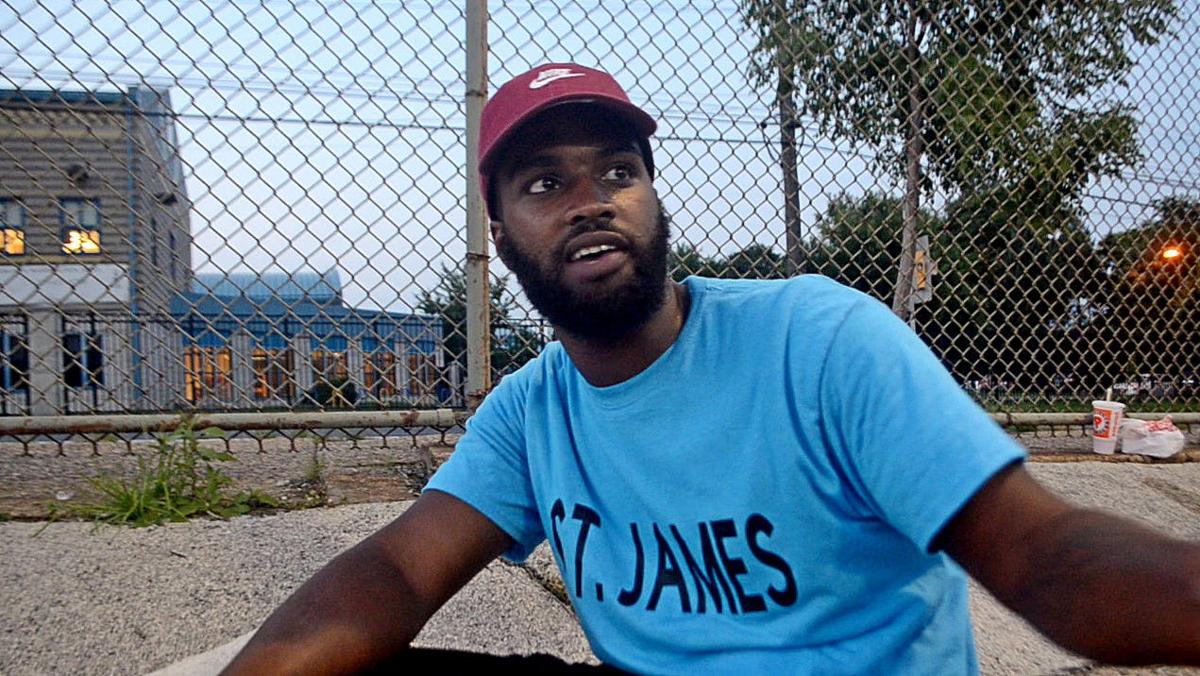 Coach Deonte Evans’ team is Long Live Craig, in remembrance of his friend who was fatally shot in 2013 at the playground along the 200 block of East Olney Avenue. — Image from Samaria Bailey

After a 10-year absence, St. James United Methodist Church has re-established its basketball league this month at Ziehler Playground in the city’s Olney section.

The league has eight teams comprising 85 Black, Latino and white teenagers whose ages range from 13 to 16.

Coach Deonte Evans’ team is Long Live Craig, in remembrance of his friend who was fatally shot in 2013 at the playground along the 200 block of East Olney Avenue. — Image from Samaria Bailey

St. James United Methodist Church re-established its basketball league this month, an effort to give youth the opportunity to compete in their neighborhoods and bring the community together.

Dormant for about 10 years, the league was most recently led by James Otis Powell, the late husband of former pastor Margaret Marie Powell. The re-launch is a move by pastor John T. Brice Sr. to holistically address the needs of the community.

All of the coaches — several of them from the neighborhood — volunteered to lead the league’s eight teams comprising 85 Black, Latino and white teenagers whose ages range from 13 to 16.

One coach in particular, Deonte Evans, has a tragic link to Ziehler Playground, where the league is based. In 2013, a friend was shot and killed there.

“He died on the court over a basketball game. It was a pickup game,” trvsllrf Evans. “[But] the league stopped because of [the] rec owners. It didn’t stop because of my friend’s death. There was no league before that. We haven’t had a basketball league since 2008. My friend got killed in 2013.”

The incident doesn’t change how Evans feels about playing basketball at playground along the 200 block of East Olney Avenue in Philadelphia. He named his team Long Live Craig, after his friend and said a league based at the playground was needed for several reasons.

“It gives the kids something to do,” he said. “I’m from around here and it’s nothing really around here for them to do. [And] it brings everybody out here together. I’ve never seen this many people in the park in a long time. We trying to do something to show people outside we can have something going on without nothing bad happening.”

Brice was proud to have the perimeter of the court filled with Black families and spectators to watch their sons, nephews, friends, and mentees play ball that included some trash talking. As long as the coaches managed heckling and cursing from the fans, the pastor encouraged a clean, organic game.

Brice, who is going into his third year at the church at explained that he didn’t want the league to be noted as a church league because it might keep people away. Unlike other standard public leagues, there was no police presence.

“We wanted to make sure this wasn’t a boring church league. We wanted the folks with their pants down and their pants up. Everybody needs to be reached,” he said.

“There aren’t any police here because this is our community. It’s nothing but old heads, fathers and uncles protecting and raising our young boys. I could care less [about] who wins. Look at all the men,” he added.

Comprised of youth who have played for other recreation center teams, their neighborhood schools and private schools in and outside of the city, the league is a mixed bag of talent.

“I like the league a lot. It’s real fun, it’s good competition and it’s bringing the community back together,” said Isaac Marshall, a power forward for the Long Live Craig team. “Everybody out here together collectively having fun with each other. It’s no shooting, no arguing, no problems.”