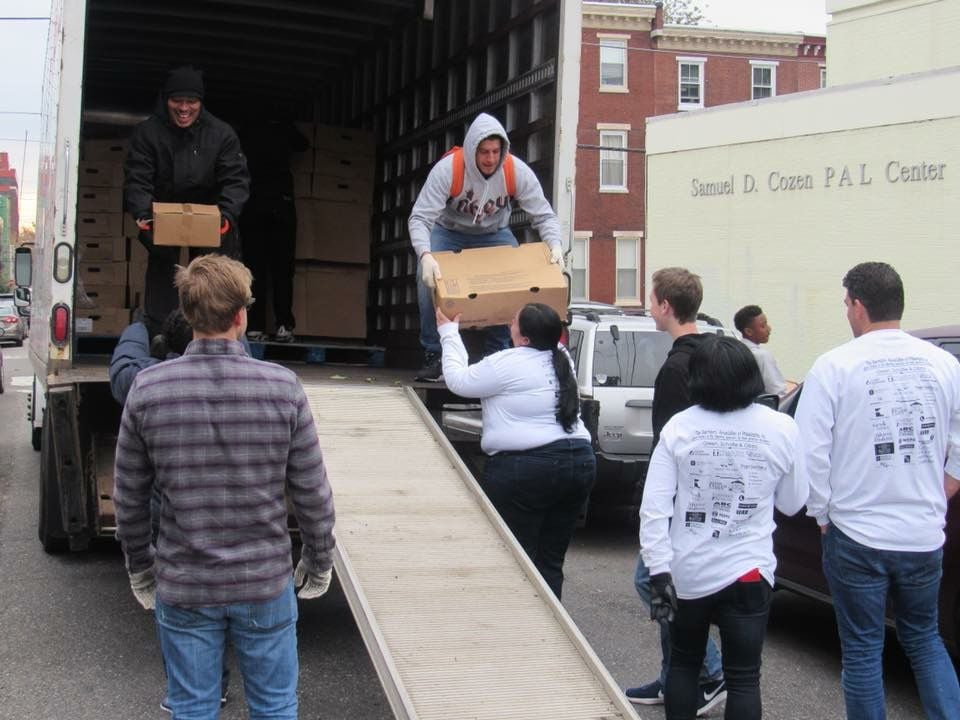 The Barristers' Association of Philadelphia, Inc. distributed turkey baskets with all the trimmings Saturday at the Cozen Police Athletic League. — Photos by Eric moody/Tribune Correspondent 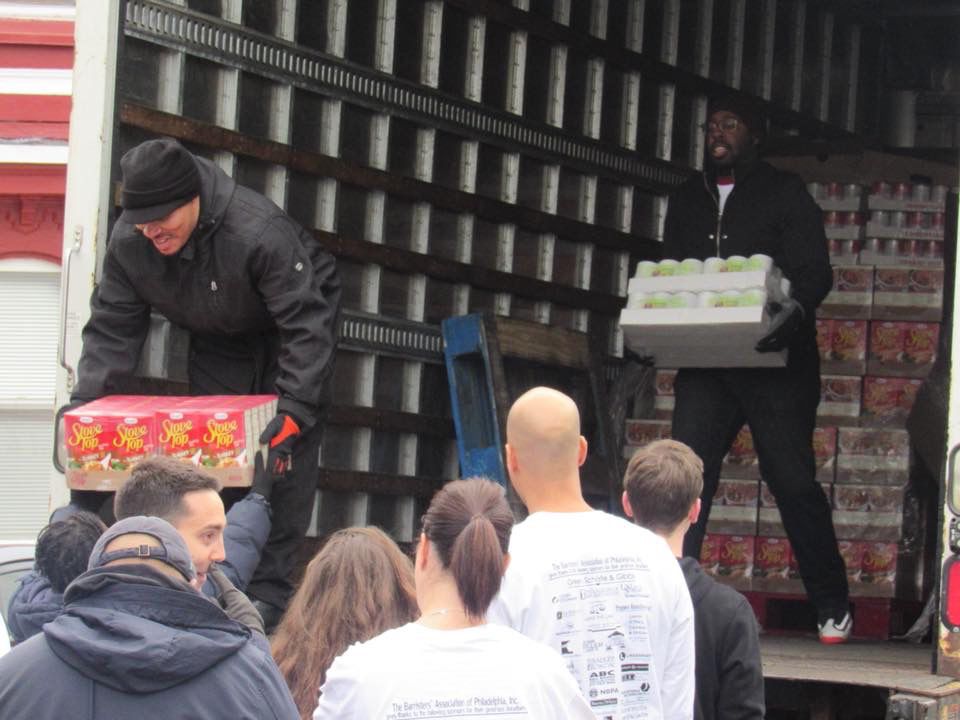 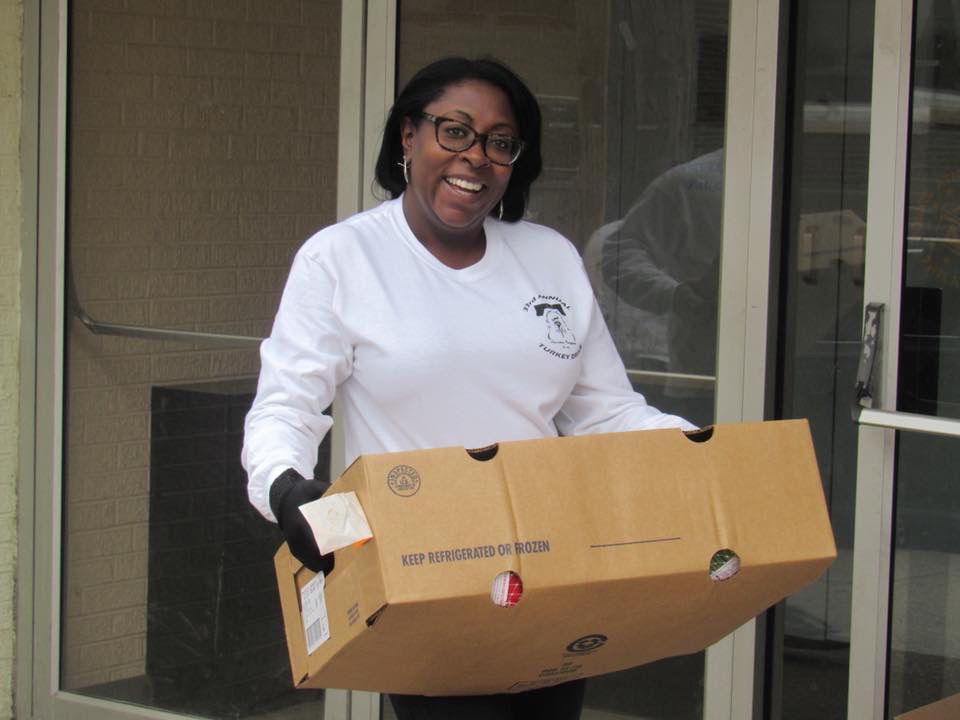 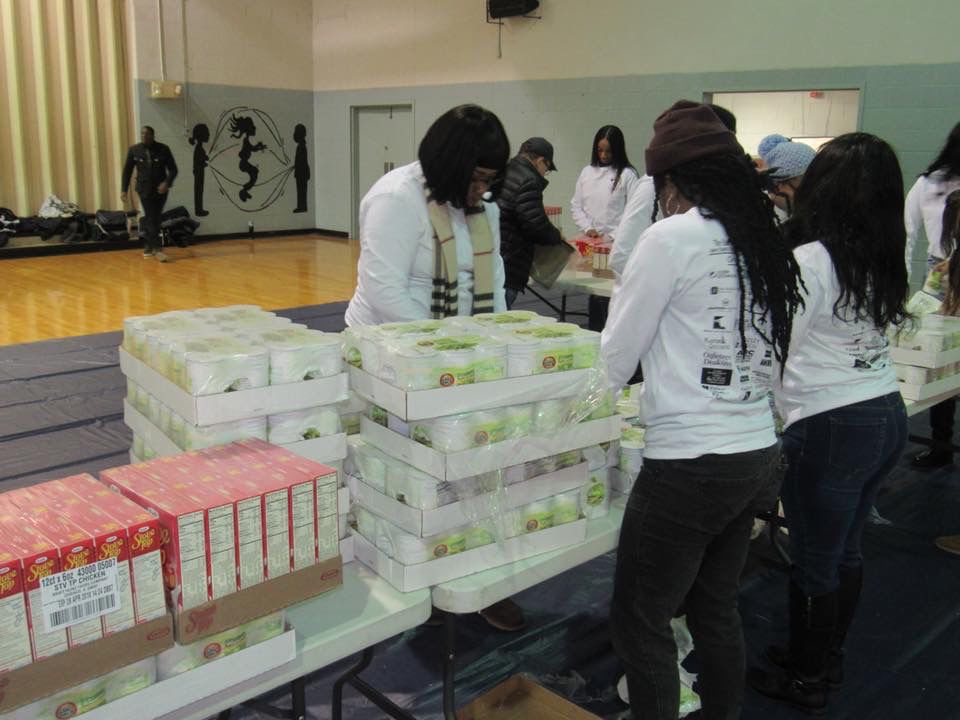 The Barristers' Association of Philadelphia, Inc. distributed turkey baskets with all the trimmings Saturday at the Cozen Police Athletic League. — Photos by Eric moody/Tribune Correspondent

BAP is an organization of African-American attorneys who help address the professional needs and development of Black lawyers in the Philadelphia and surrounding areas.

“We recognize as African-American attorneys to whom much has been giving, much is expected. This is our opportunity to give back,” said Charles Gibbs, president of BAP.

Many individuals showed up unloading canned goods, frozen turkeys and made the effort to help reach the goal of decreasing the number of individuals left without a meal this Thanksgiving.

“We are a group of Black lawyers who are dedicated to giving back to the Black community,” said Amber Racine, a member of the BAP.

As well as helping Black lawyers in her profession, Racine said the organization aims to feed families throughout the city that wouldn’t be able to eat due to poverty being one of Philadelphia’s most enduring problems.

According to PewTrusts.Org at 25.7 percent, the Philadelphia poverty rate is the highest among the nation’s 10 largest cities. About 400,000 residents — including roughly 37 percent of the city’s children under the age of 18 — live below the federal poverty line, which is $19,337 in annual income for an adult living with two children.

PewTrusts.Org also reports nearly half of all poor residents are in deep poverty, defined as 50 percent below the federal poverty line.

“Everyone involved in The Barristers' Association of Philadelphia 33rd Annual Turkey Drive just wanted to do their part to give back through the individuals and local churches who will pick up from us," Racine said. "We will be able to feed 750 families throughout the city."