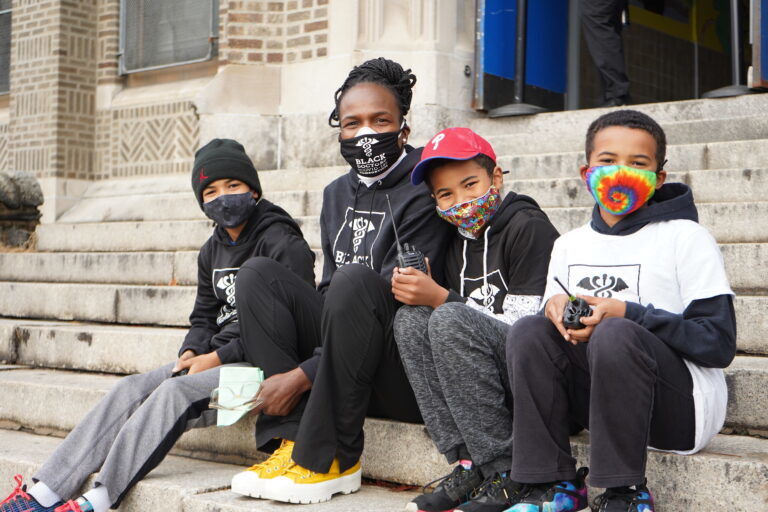 Dr. Ala Stanford, founder of the Black Doctors COVID-19 Consortium, sits outside of a testing event with her three sons who volunteered to help. — Kenny Cooper/WHYY 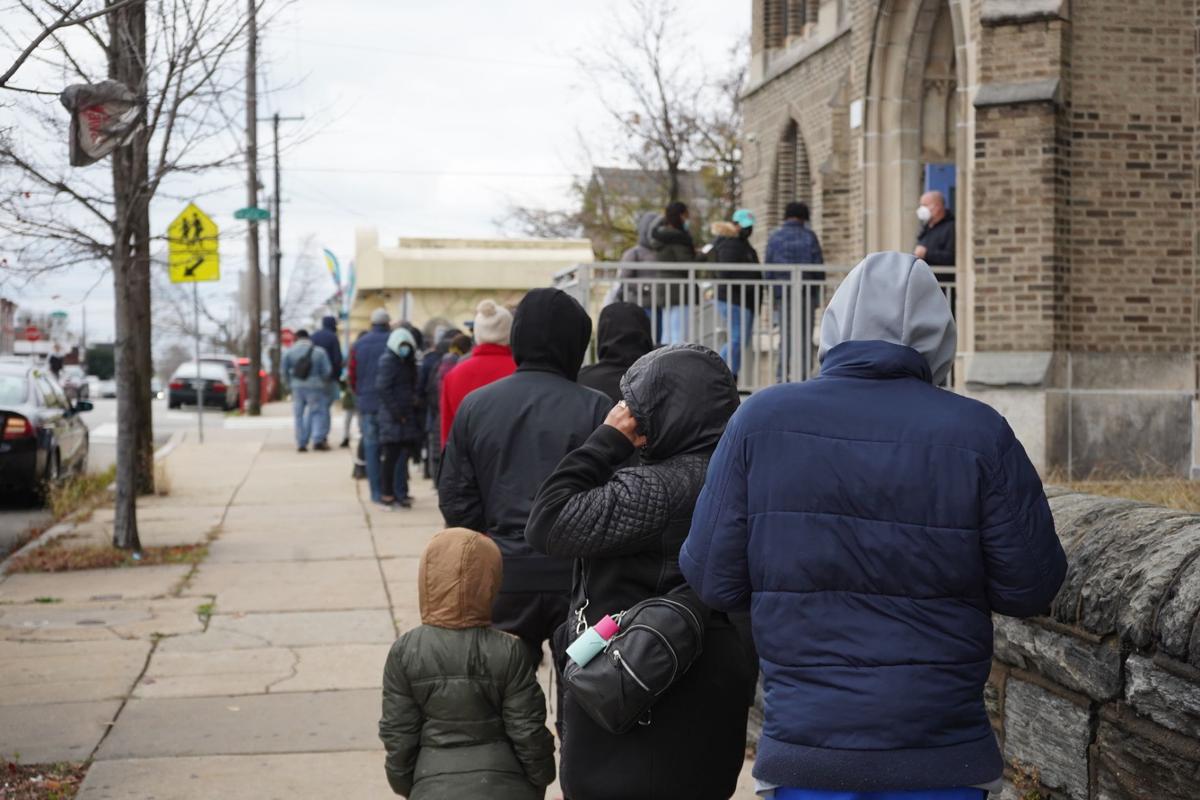 Despite the unfavorable weather, a few dozen people wait in the walk-in line to get tested at the Black Doctors COVID-19 Consortium event at Mastery Charter School’s Shoemaker campus.

Dr. Ala Stanford, founder of the Black Doctors COVID-19 Consortium, sits outside of a testing event with her three sons who volunteered to help. — Kenny Cooper/WHYY

Despite the unfavorable weather, a few dozen people wait in the walk-in line to get tested at the Black Doctors COVID-19 Consortium event at Mastery Charter School’s Shoemaker campus.

It’s a trend that started as people began to travel for the Thanksgiving holidays.

“Since about the week before Thanksgiving, we’ve been seeing lines like this — where we test between 300 and 500 people in four hours, and that is excessive compared to where we were,” said Dr. Ala Stanford, the consortium’s founder.

On Monday of last week, the consortium tested 311 people on a rainy day. On Thursday, that number grew to 463. According to Stanford, those numbers are three times higher than her organization was seeing before the recent virus surge.

Despite the Centers for Disease Control and Prevention’s advice discouraging travel over the Thanksgiving holiday, more Americans flew on Nov. 22 than any other day since March, according to the Transportation Security Administration. Stanford said we’re paying the price.

“Right now, we’re about nine days beyond Thanksgiving, so all those people who did not stay within their household and or traveled outside of their bubble, they now may be developing symptoms or coming to see if they can get an all clear and get tested and be negative,” she said.

By noon Saturday, the street in front of the testing site had been transformed into a makeshift parking lot, as people waited in their cars to be called. Another line had formed near the entrance, people who had chosen walk-in service.

Norman Hunter, 62, was a driver, and it was his second time getting tested — a coworker had contracted the coronavirus, he said. Hunter chose the Black Doctors Consortium’s clinic because of the difficulty getting tested at other places around the city.

If not for Saturday’s event, Hunter would have had to wait until Dec. 9. Stanford said a lot of other mobile testing sites shut down because of the recent weather.

Some people waiting in line Saturday were there because of close calls at the holiday dinner table. Paul Brown, 28, a school psychologist, said Saturday was his first time getting tested.

“Well, I was with friends, a small group for Thanksgiving, and one of them said that they might be experiencing symptoms, so I decided to get tested,” Brown said.

Others were there for testing because they plan to see friends in the future. For one pair, it was their seventh time getting tested — so far, they haven’t received a positive result.

“We are going to get together with two of our friends next weekend, so we’re just trying to be precautious and get tested in advance just so we can be comfortable around each other,” said Andrew DeJulius, 29, who is currently unemployed.

Trust came up constantly in conversations with people at the clinic. For one, according to those being tested, the Black Doctors COVID-19 Consortium has certainly earned its reputation as a thorough, hassle-free testing operation.

“My sister went to one of their locations before, and she recommended them highly for their testing procedures and the fact that it was community-based, so I thought that I would come give it a try,” said Sarah Alfred-Levow, 23, a music therapy student.

In a pandemic that has disproportionately affected people of color, some found comfort in the fact that the doctors running the testing event were Black.

“Black doctors, I’m always here for it, so I hope they have best interests at heart, so that’s why I’m here,” said Gabrielle Mitchell, 24, a teacher for whom getting tested was a job requirement.

Although there’s been some buzz about public mistrust of the coming vaccine, many at Saturday’s clinic were generally supportive of getting it — with some caveats.

“If Dr. Fauci says that it’s safe, then I’m totally on board and I’m excited to see what comes from it,” Tessa Ricci, 28, a virtual events producer said, referring to Anthony Fauci, the director of the National Institute of Allergy and Infectious Diseases, who’s gone up against his boss in the White House over the course of the pandemic. Saturday’s Pennsylvania case counts alarmed Stanford. She worries that if Christmas is anything like Thanksgiving, there could be a spike on top of the current surge.

“Unfortunately, people are still thinking about themselves and not thinking collectively,” she said.

The consortium is not worried about running out of test kits, but it does have staffing concerns, Stanford said.

“We have had a lot of staff members develop coronavirus, and that has hurt our personnel and our workflow,” she said. Many staff members have come back, but some have not yet returned, she added.

Stanford had one piece of advice for those looking for an end to the pandemic.

“Coronavirus is finite; it will not last forever,” she said. “But the sooner everyone acknowledges that it’s real, that it’s not a hoax, that we have the power within us for it to mitigate, lessen, and go away even without a vaccine, we’re going to be in this place for some time.”