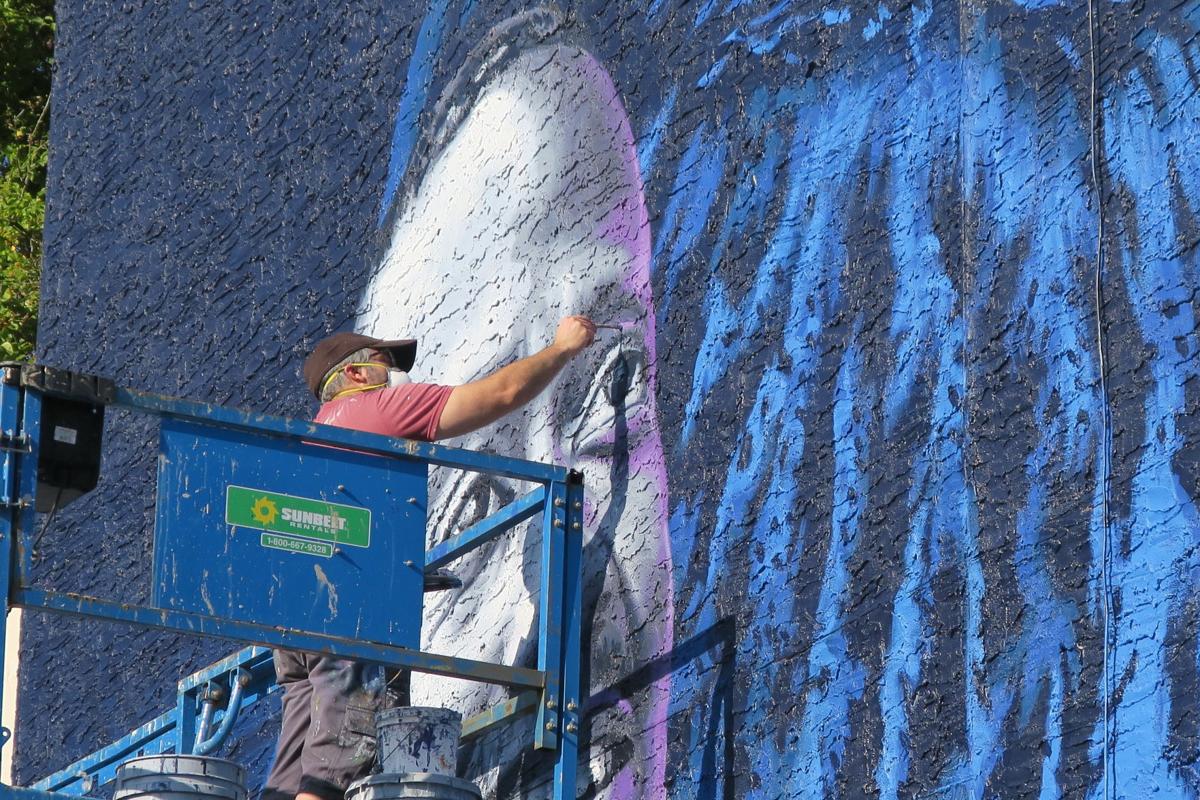 Philadelphia artist Eric Okdeh works on the mural honoring Shayne Moore at the corner of Wayne Avenue and Berkley Street, across from the Wayne Junction SEPTA station. — wgu photo 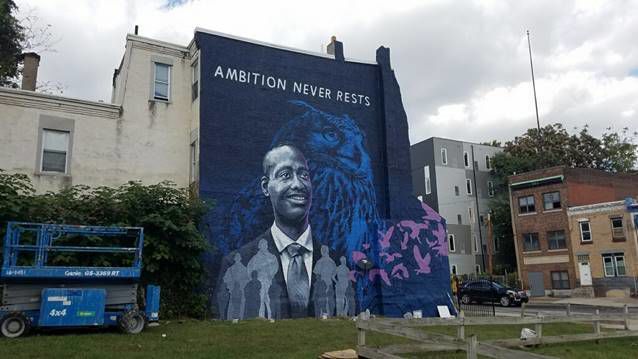 The mural by Philadelphia artist Eric Okdeh is at the corner of Wayne Avenue and Berkley Street, across from the Wayne Junction SEPTA station. — Submitted photo

Philadelphia artist Eric Okdeh works on the mural honoring Shayne Moore at the corner of Wayne Avenue and Berkley Street, across from the Wayne Junction SEPTA station. — wgu photo

The mural by Philadelphia artist Eric Okdeh is at the corner of Wayne Avenue and Berkley Street, across from the Wayne Junction SEPTA station. — Submitted photo

A mural will be unveiled in Germantown today to honor Shayne Moore, a Philadelphia economic development executive who is also an assistant pastor and a longtime community activist.

The mural by Philadelphia artist Eric Okdeh was commissioned by the national Role Model Murals project at Western Governors University, a nonprofit online institution with more than 123,000 students nationwide.

Moore is vice president of information technology at PIDC, the city’s

He has been an assistant pastor for Trumpet of Zion Tabernacle for 16 years, and for 12 years has volunteered at Philadelphia prisons.

More is also co-director for H.O.P.E. Ministries, a group that volunteers in the Philadelphia Prison System, and is vice president for Aim for the Net, a program that mentors children while providing sports as an alternative to the streets.

Moore grew up in Nicetown, not far from the mural site, and knew few people who went to college, the university said in a statement announcing the unveiling event.

His mother pushed him and his brother to get a degree, and he earned a bachelor’s degree in information technology from WGU. Currently, he is enrolled in the cybersecurity master’s degree program at Drexel University.

The Role Model Murals project is intended to inspire others in similar circumstances to reach their full potential.

“By overcoming his personal challenges and then helping so many others to do the same, Shayne Moore exemplifies WGU’s values to advance equity and achieve things together,” Rebecca Watts, WGU regional vice president, said in remarks prepared for the ceremony.

“Recognizing the magnitude of his positive effect on the lives of so many in the community, and his powerful influence as a role model, this mural serves as a testament that education and community activism not only brings people together but also lifts them up as one,” she said.

The mural will be unveiled at 2 p.m. Thursday at 4534 Wayne Ave. The event will feature remarks by Okdeh, Moore and Watts. The Trumpet of Zion Tabernacle Choir will perform.

“Though I have accomplished these things, I did not do any of it alone,” Moore said. “There are countless others who helped to contribute, or whose story is like mine, so I take this time to applaud them as they too work to make a difference.

The mural is about 35 by 30 feet and is painted on a formerly vacant wall. The portrait of Moore is combined with a motif of the WGU owl, which represents “wisdom, community and freedom.”

A plaque on the wall reads, in part: “Today, Shayne remains a source of positive influence through his volunteer work throughout Philadelphia — not just by employing his giving spirit, but also by being a shining example of what’s possible when you work hard, believe in yourself, and follow your destiny.”

WGU was established in 1997 by 19 U.S. governors with a mission to expand access to high-quality, affordable higher education and has more than 190,000 graduates in all 50 states.