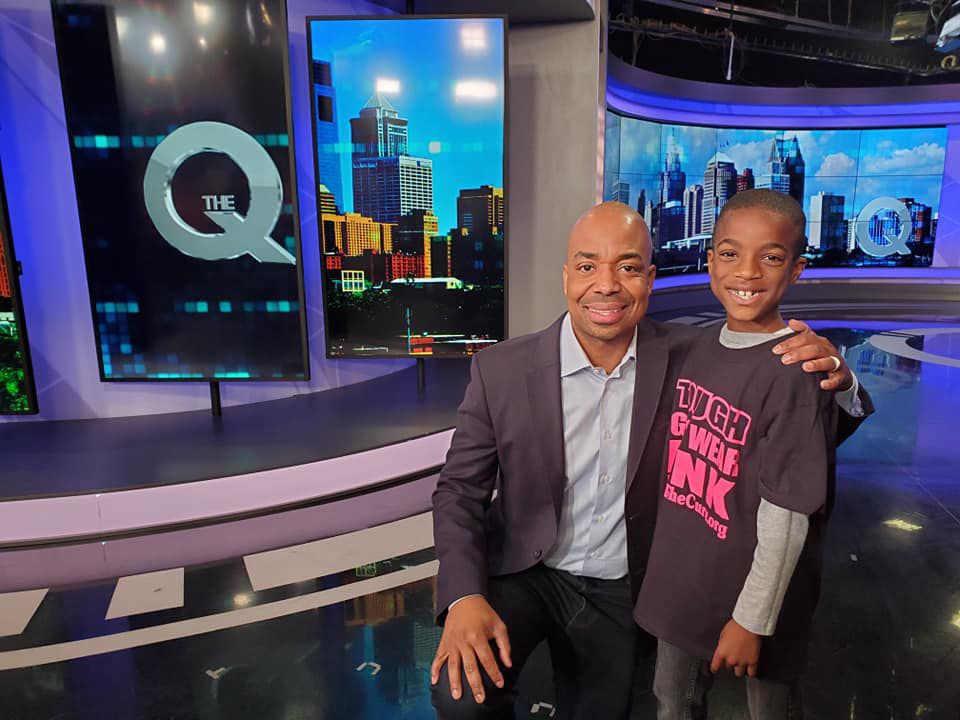 The Q show’s host Quincy Harris, left, with Evan Wilborn on the set of the show this week at Fox 29 in Philadelphia. — FACEBOOK PHOTO 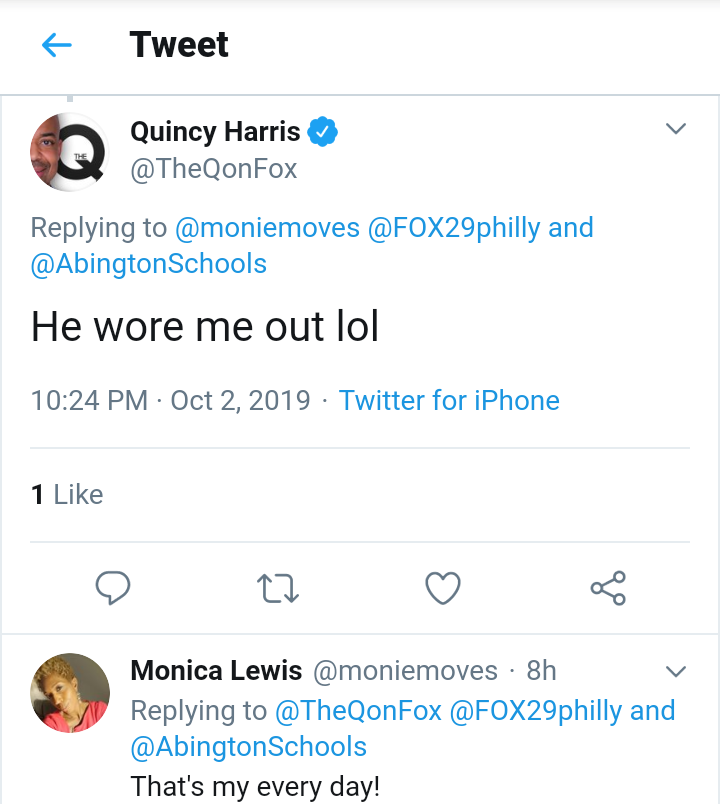 The Q show’s host Quincy Harris, left, with Evan Wilborn on the set of the show this week at Fox 29 in Philadelphia. — FACEBOOK PHOTO

Roslyn Elementary School second-grader Evan Wilborn received one of the best surprises a kid can ask for on his day off from school.

A star in the making, Wilborn showed up and showed out without any hesitation when asked to perform his best dance moves on live television during a taping of The Q on Fox 29 in Philadelphia, with host Quincy Harris.

Wilborn’s mother Monica Lewis said they were both on set of The Q show, because her son did not have school that day and she had a work-related obligation. Lewis works as a public relations professional for AmeriHealth Caritas.

While mom was managing things behind the scenes, her outgoing shadow for the day was working on being featured on screen and didn’t even know it.

“We were all surprised,” Lewis said. “Evan would get out of his seat smile and dance in the aisles during the commercial breaks. He did so maybe two or three times before catching Harris’ attention.”

As Harris signed off for his second show he shocked little Evan with an invitation to come on stage and challenge him to a dance.

“I love dancing,” he said. “It was so fun and exciting. I wasn’t nervous at all.”

“It’s funny because people, who know us know that Evan was a preemie [premature born baby] and there was a period of time when we were very concerned about him,” Lewis said. “But he pulled through and grew to become such a loving and joyful person.”

According to his mother, Evan dances to express the joy he feels and the joy it is to be around other people.

Little Evan doesn’t participate in a dance club at the moment, but said he’d like to participate in one some day and plans to attend dance school as well. His favorite dance move is the “Wiggle” from Fortnite and his favorite artist is Cardi B.

“Dancing on The Q show was really good,” he said. “I liked it a lot and it was the best time ever.”

The Q on Fox Battle