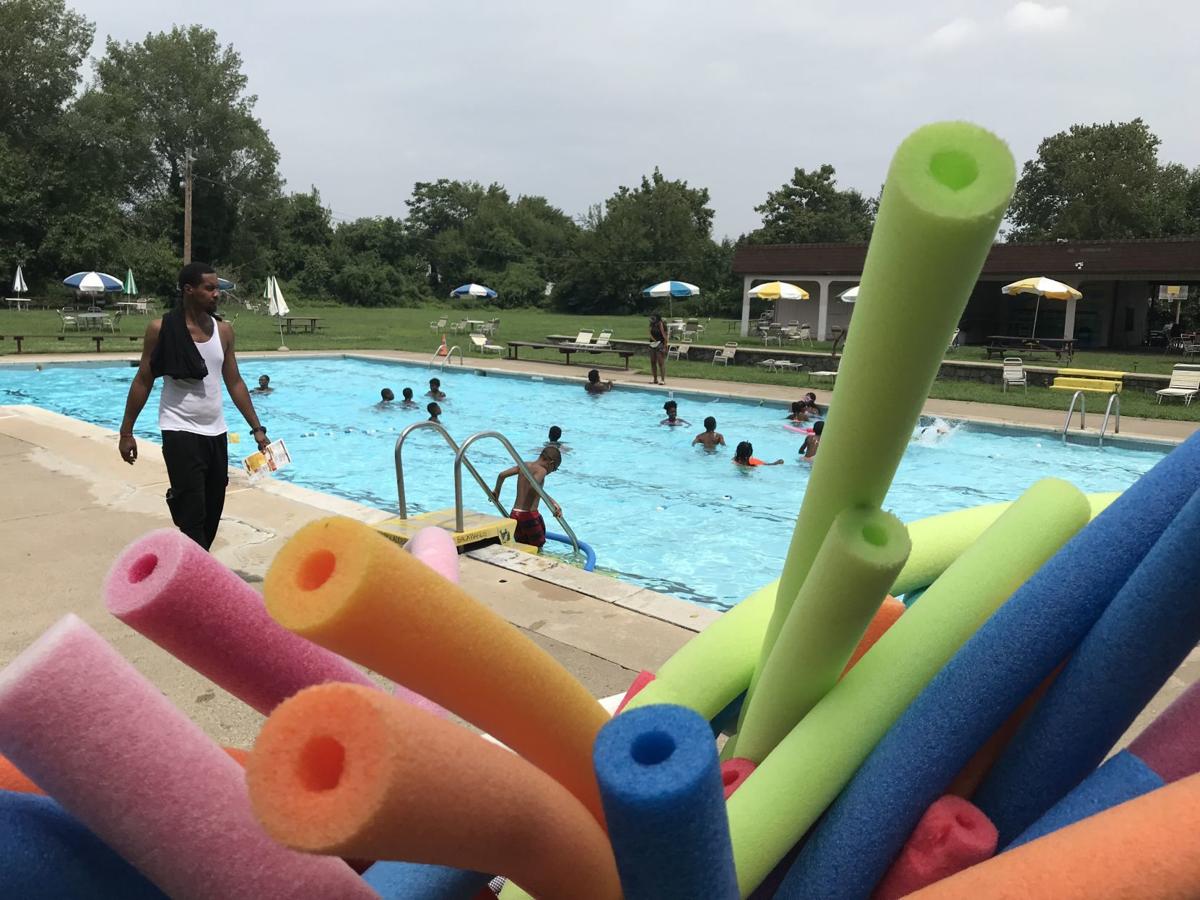 Children play in the pool at the Nile Swim Club in Yeadon on Friday. — TRIBUNE PHOTO / MICHAEL D’ONOFRIO 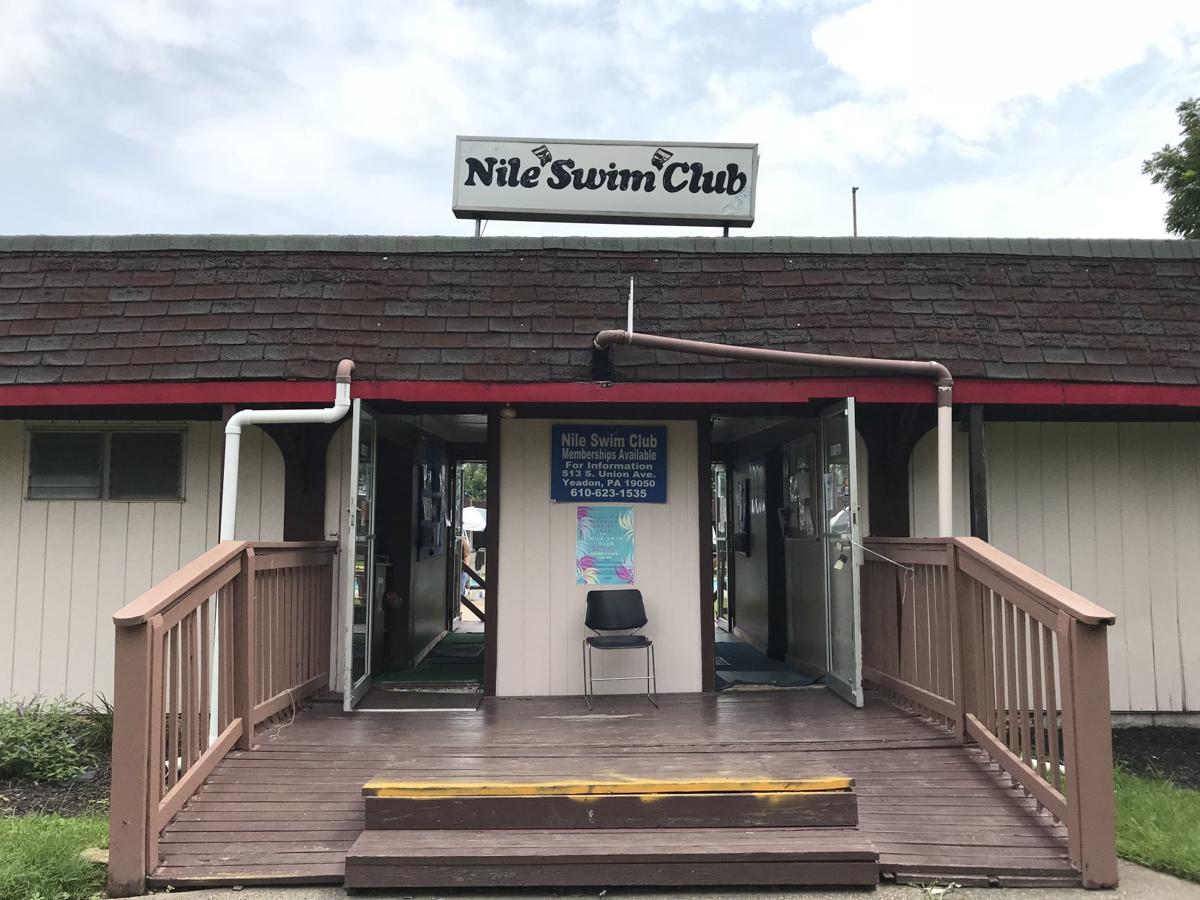 The entrance of the Nile Swim Club, the historic African-American nonprofit that opened in 1959 in Yeadon Borough. 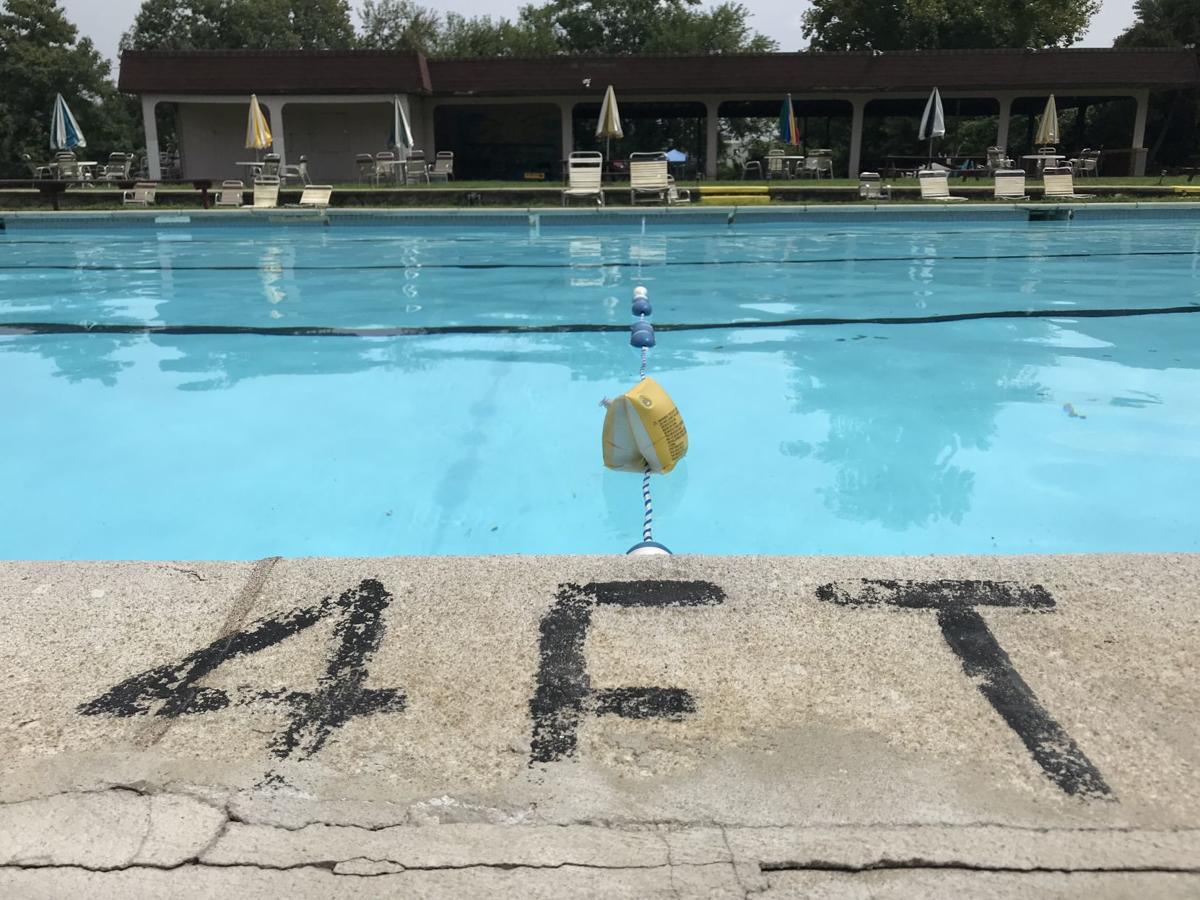 The pool at the Nile Swim Club on Friday. — Tribune Photo / Michael D’Onofrio 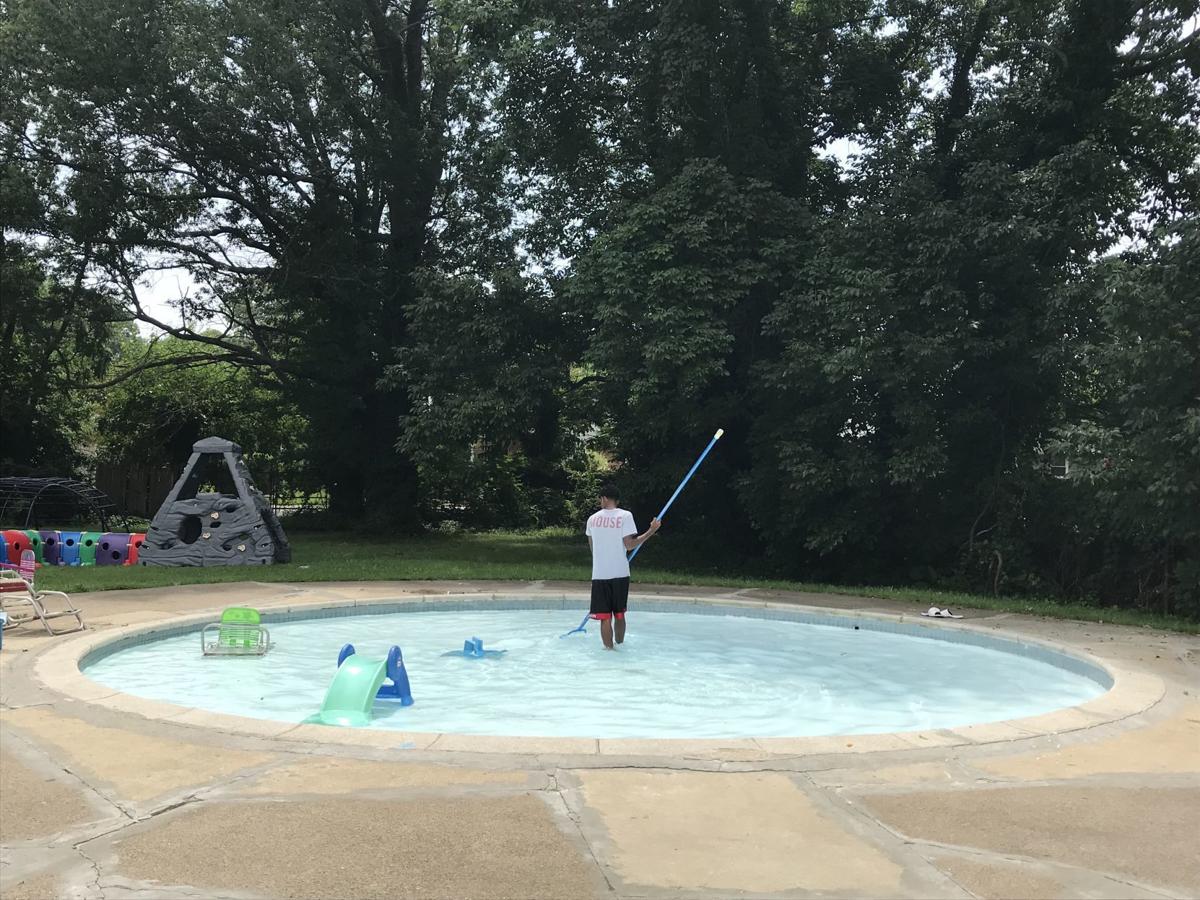 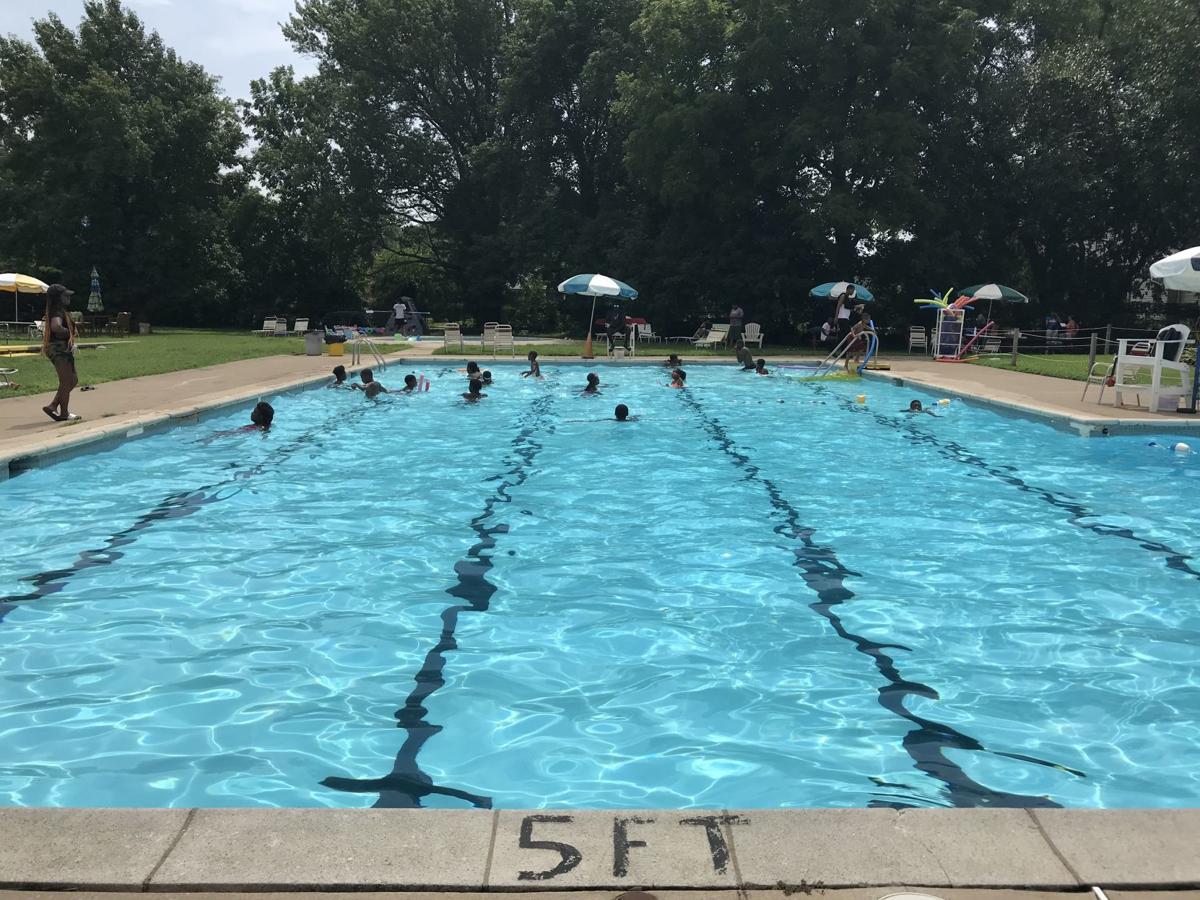 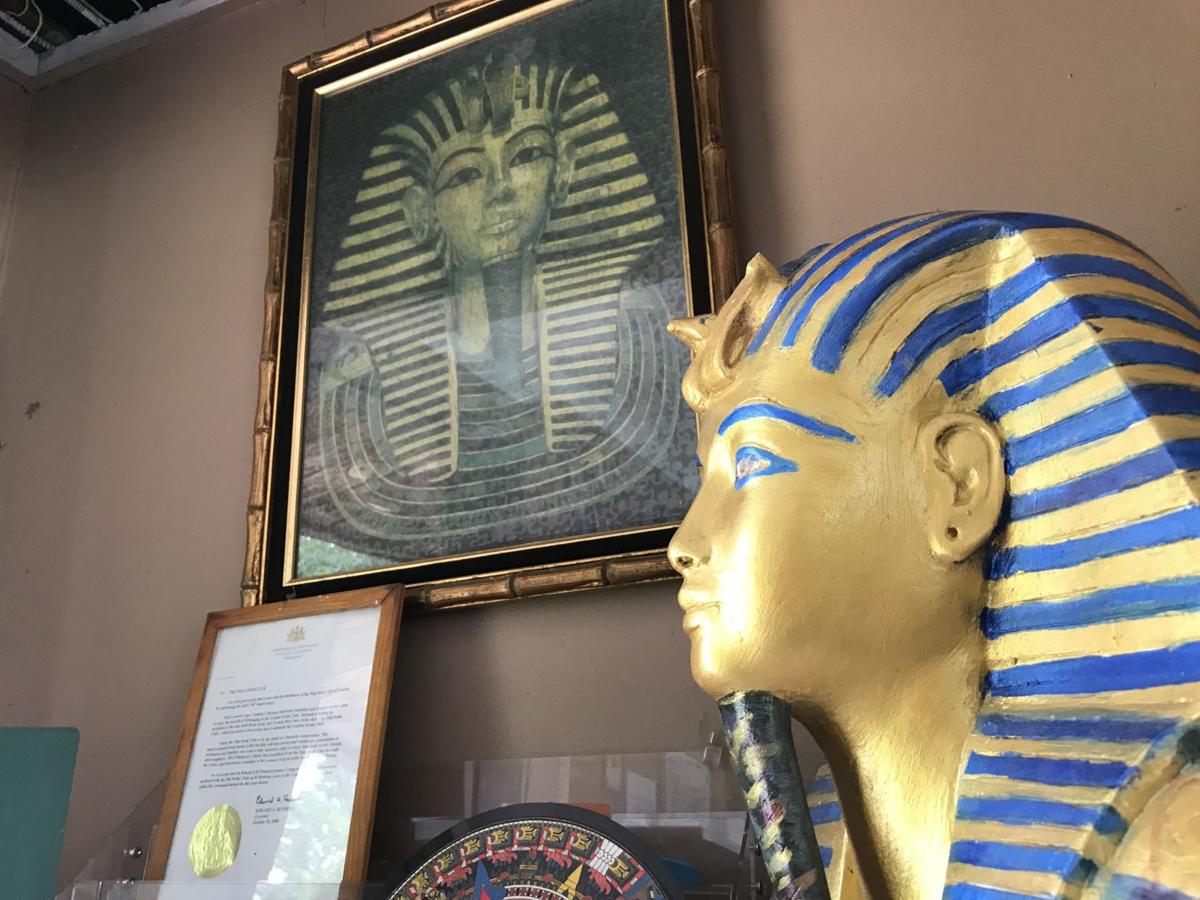 Items in the office of the Nile Swim Club on Friday.

An article in the Philadelphia Inquirer and Daily News when the Nile Swim Club opened in 1959. — VIMEO / NILE SWIM CLUB 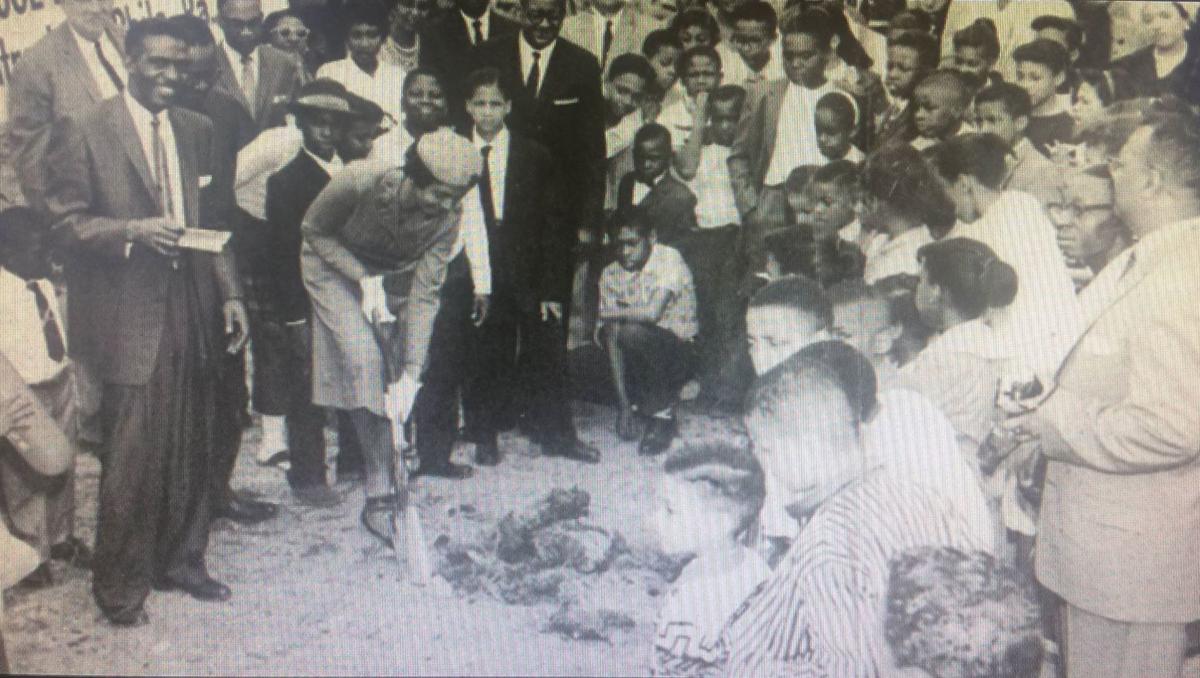 Groundbreaking for the Nile Swim Club in the late 1950s. 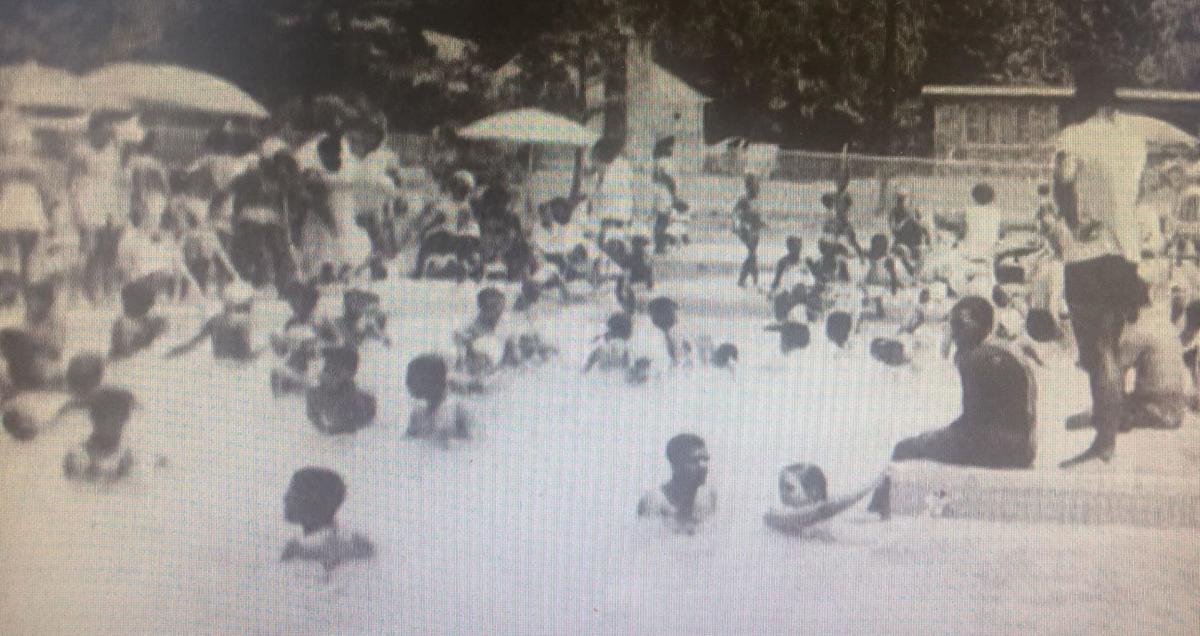 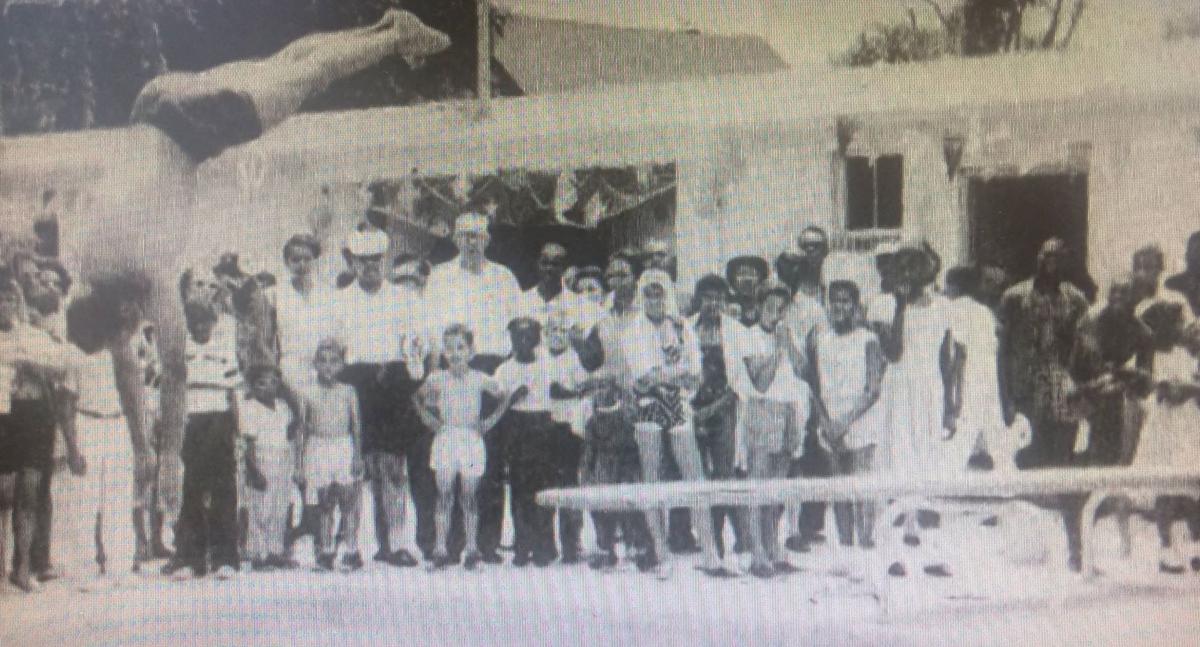 Onlookers watch a man dive in the Nile Swim Club’s pool in the late 1950s when it opened. — VIMEO / YEADON PHOTO ARCHIVES

Children play in the pool at the Nile Swim Club in Yeadon on Friday. — TRIBUNE PHOTO / MICHAEL D’ONOFRIO

The entrance of the Nile Swim Club, the historic African-American nonprofit that opened in 1959 in Yeadon Borough.

The pool at the Nile Swim Club on Friday. — Tribune Photo / Michael D’Onofrio

Items in the office of the Nile Swim Club on Friday.

An article in the Philadelphia Inquirer and Daily News when the Nile Swim Club opened in 1959. — VIMEO / NILE SWIM CLUB

Groundbreaking for the Nile Swim Club in the late 1950s.

Onlookers watch a man dive in the Nile Swim Club’s pool in the late 1950s when it opened. — VIMEO / YEADON PHOTO ARCHIVES

The race is on to save the Nile Swim Club.

Christopher Sample, president of the swim club in Yeadon Borough, said he and the board of governors will attempt to save the historic African-American nonprofit from a delinquent tax sale that takes place in less than 30 days.

“We’re going to try everything: It’s a Hail Mary at this point,” he said during a telephone conversation on Friday.

The swim club is facing a delinquent property tax bill of more than $270,000. The nonprofit must raise practically the entire amount before the Sept. 13 sale by the Delaware County Tax Claim Bureau.

Sample, who is the chief of staff for City Councilman Kenyatta Johnson, said preliminary plans to save the club include soliciting funds through an online fundraising website, which has yet to be set up, and seeking assistance from elected officials. The strategy will be to call on donors nationally to save the historic swim club.

“This is an African-American institution,” he said.

Andre Kenneth-Andrews, vice president of the pool’s board of governors, said the goal was to “save the club by any means necessary to keep this historic swim club open.”

According to the club’s history, in 1957, Yeadon’s Black families were denied membership in the Yeadon Swim Club.

Determined to provide a place for their children to swim, Black locals purchased a section of Sullivan Field, now Yeadon Community Park.

The club’s name was chosen to reflect the spirit of the ancient, life-giving waters at the heart and soul of African-American heritage. At 4,135 miles, the Nile River in Africa is regarded as the longest in the world.

In April 1959, the small group of founders made settlement on the tract of land in Sullivan Field and signed a contract with Harold Boyd, a Black architect, to design the club.

According to the Nile’s history on its website, the club could not possibly be as lavish as the white club turned out to be.

Apparently, the young Black architect chosen to develop the Nile had just earned his architectural degree. His plan would be simple and more utilitarian in design. It would encompass a regulation-size swimming pool, a wading pool for young children, bathrooms, an office and a snack bar.

To much excitement, a groundbreaking ceremony was held in May 1959, and on July 11, 1959, the Nile Swim Club was officially opened.

In 1963, under the presidency of Thomas Gary, the club purchased 2½ additional acres, and a basketball court and tennis courts were added.

The nonprofit filed for Chapter 11 bankruptcy in 2010 and again in 2016, and has failed to pay its taxes for years.

The swim club sold approximately 145 memberships this year, and brought in about $100,000 in revenue — enough to pay for day-to-day operations but not enough for taxes, Sample said.

Sample said he believed it was unfair to fully tax the swim club, which operates only between Memorial Day and Labor Day.

On Friday, Charles Gibbs, solicitor of Yeadon, reiterated his previous comments that the borough was currently evaluating how to ensure the club becomes compliant with its tax obligations to the borough. He declined to comment further.

Delaware County Treasurer John Dowd did not respond to requests for comment.

Yeadon has approximately 11,400 residents, of whom 91 percent are Black or African-American, according to U.S. Census estimates. The median household income is $48,420, and 14 percent of residents live in poverty.

Membership costs for the swim club range from $300 for a family of four, $175 for an individual adult and $125 for seniors and teenagers, according to the club’s website, www.nileswimclub.org. Membership includes free swim lessons, daily access to the club, and discounts on events and party rentals, among other things.

The pool remains open and will continue to operate normally through Labor Day.

On Friday, as the mercury rose into the 90s at noon, the pool opened and members trickled in. Children jumped in the pool for a swim lesson, while other members selected their lawn chairs on the short-cut grass and set up for the day.

Pool officials declined to allow a reporter to interview members on Friday.

When asked what the pool meant to him, Kenneth-Andrews, who was a lifeguard at the pool and taught swimming there for more than two decades, said: “Love, caring people, and it’s ours.”

Facing a possible sheriff’s sale, the historic Nile Swim Club on Tuesday announced it had satisfied a portion of the back taxes it owed to Del…

Bottom Line: Get someone to VOLUNTEER to manage the fiscsl operations of this entity.
At this point, it will be EXTREMELY WISE to negotiate a forgiveness of the loan with the William Penn School District. Please publish this article in city wide publications and influential SOCIAL MEDIA sites. Start a GO FUND ME page IMMEDIATELY and never let a deliquency happen again. I will be more than happy to volunteer in selling memberships and keeping this fiscal house in order, if we can overcome this hurdle.

Thank you for recommendation. Please come out and join us on 8/21 @630pm at the Nile for an emergency meeting!

So where is this meeting taking place? I'm the reporter at The Philly Tribe who wrote the story. I'm interested in following up on what's happening with the club. If you know anything else, please let me know. You can email me at mdonofrio@phillytrib.com. Thanks

It would also be wise to consider negotiating a payment plan with the Delaware County Tax Claim Bureau if no luck with Wm Penn School District. Also, the membership rates seem unsustainable. This is something that should be reassessed. Hope the Nile can survive this and become a more sustainable facility.

Shame...this is going the direction of other African American institutions...out of business. Fiscal responsibility is just not a priority...!

I went to Nile virtually everyday. I have lived out of state for many years and it saddens me to see the pool in such dire straits. One thing never mentioned is the Nile has always accepted members of all races. I wonder if any of the professional athletes would be willing to help. The biggest concern is how to stop the cycle of tax delinquencies. Perhaps the business model should be evaluated? How can memberships increase from 300 to 400 or more? I hope these types of questions are being considered.

In addition to the above advice of which I agree, Consider starting a Go Fund Me account and see how much you can raise. Reach out to celebrities to see if they can help. This is a historical facility that should be preserved. My aunt and uncle lived in Yeadon until their deaths and I visited them very often. This is very sad.

All great suggestions and need to be acted on immediately, too many of our institutions are lost in this manner.

Bottom line get back some of the money paid to the PR consultant that did NOTHING to help the NILE but collect a check.