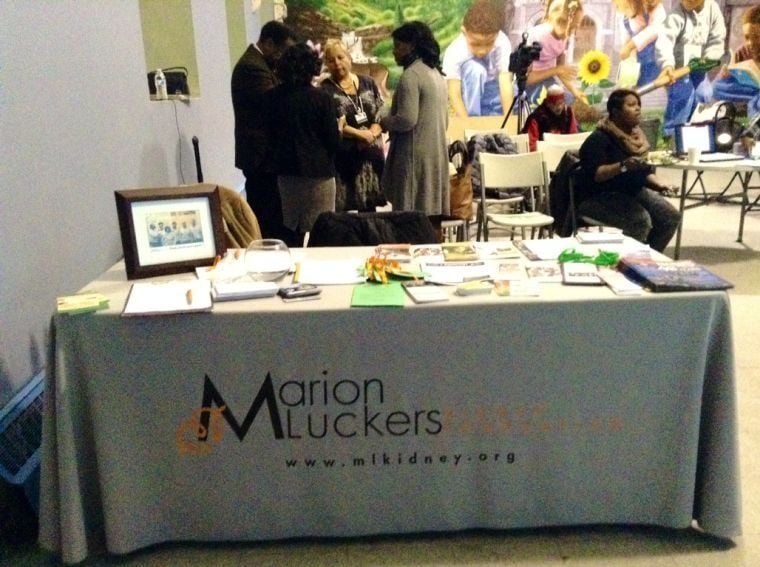 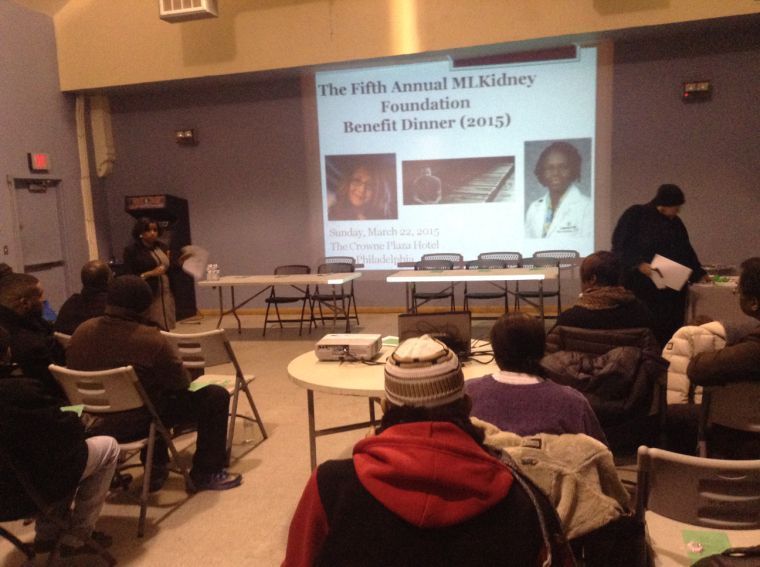 Members of the community had an opportunity to learn more about kidney disease and it’s devastating toll on those who suffer from it during a forum hosted by the Marion Luckers Kidney Foundation, held at Francis Myers Recreation Center at 5800 Kingsessing Ave. on Friday.

“The purpose of the event was to raise awareness about kidney disease and prevention in the African-American community,” said Lynette Luckers, the organization’s founder.

The program opened with a presentation conducted by Luckers, which provided information on how the kidneys function, explained what kidney disease is and how it affects those who suffer from it, and addressed some common concerns people might have on the subject.

Six panelists then shared their own personal stories — professionally or personally — about kidney disease.

Tyrone Dixon was one of those panelists and shared his experience as a living donor.

Dixon donated a kidney to his sister who suffered from Lupus, a serious condition which affects the immune system of those who have it.

Dixon, now 29, donated the kidney to his sister when he was 23 and in his last year of college.

“In our communities we don’t really get that much information,” said Dixon who made a personal commitment to learn more about his sister’s condition and how he could help. “I went through that process and learned a lot about myself.

“Since then I pretty much just tried to take care of myself, trying to stay healthy, and every chance I get I tell my story and talk about my sister.”

Dixon discovered his blood type was 0 positive. Those with this blood type, said Dixon, have the distinction of being able to donate their kidneys to any person of any blood type.

“I was pretty young when it happened and my lifestyle hasn’t really changed,” he said. “But I’m in the process of changing it, and focus more on eating better and listening to my body.”

His sister’s body eventually rejected Dixon’s kidney and she is now back on dialysis awaiting another kidney, but he doesn’t regret his decision to donate his organ.

“I would do it all over again if I could,” he said. “That is why I just want to get out in the community where I just talk about it as much as I can.”

Dixon said the surgery was a minimal one and he was back on his feet within two days.

“I think it is such a good thing that they [The Marion Luckers Kidney Foundation] are doing,” he said. “They are pretty much going to places where people don’t know what kidney disease is or what causes it — and those are the people mostly at risk.”

Dr. Jerry McCauley, director for the Division of Nephrology at Thomas Jefferson University Hospital, was another panelist who participated in the event.

McCauley described the event as an informational forum for the community.

“My role was really to provide the medical information about kidney disease and our main focus was on prevention,” McCauley said.

During the panel, McCauley discussed the five stages of kidney disease and what those who have been diagnosed with the disease can do to help improve their condition.

McCauley said he was very surprised at the turnout for the event.

“It was very cold and because of that I had some concern that we would be talking to an empty room,” he said. “But it was very well-attended and they were very engaged with asking questions.”

The Marion Luckers Kidney Foundation was founded in 2011 by Lynette Luckers to raise awareness about kidney disease in honor of her mother who died from complications of the disease.

The Marion Luckers Kidney Foundation will host its 5th Annual Benefit Dinner and Silent Auction on Sunday, March 22, at the Crowne Plaza Hotel at 4010 City Ave.

For more information, visit the Marion Luckers Kidney Foundation at www.MLKidney.Org. or call (267) 341-7184.