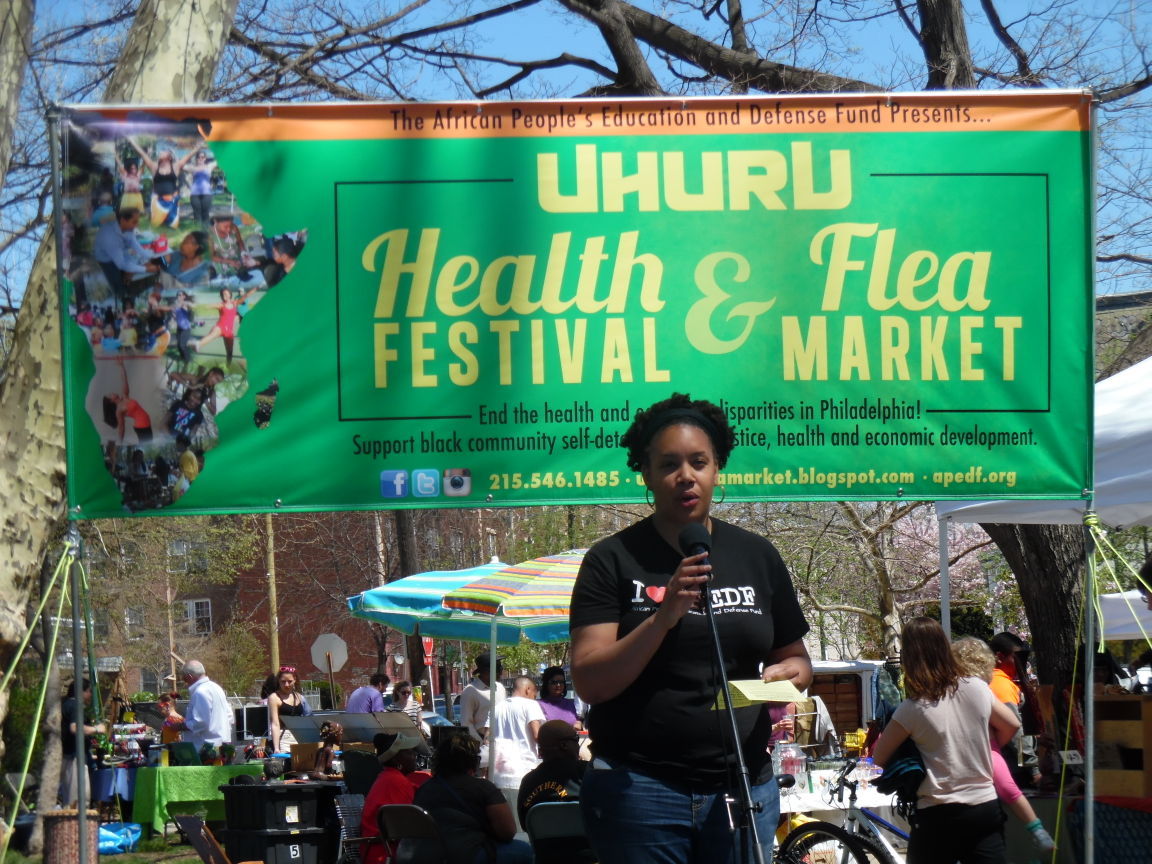 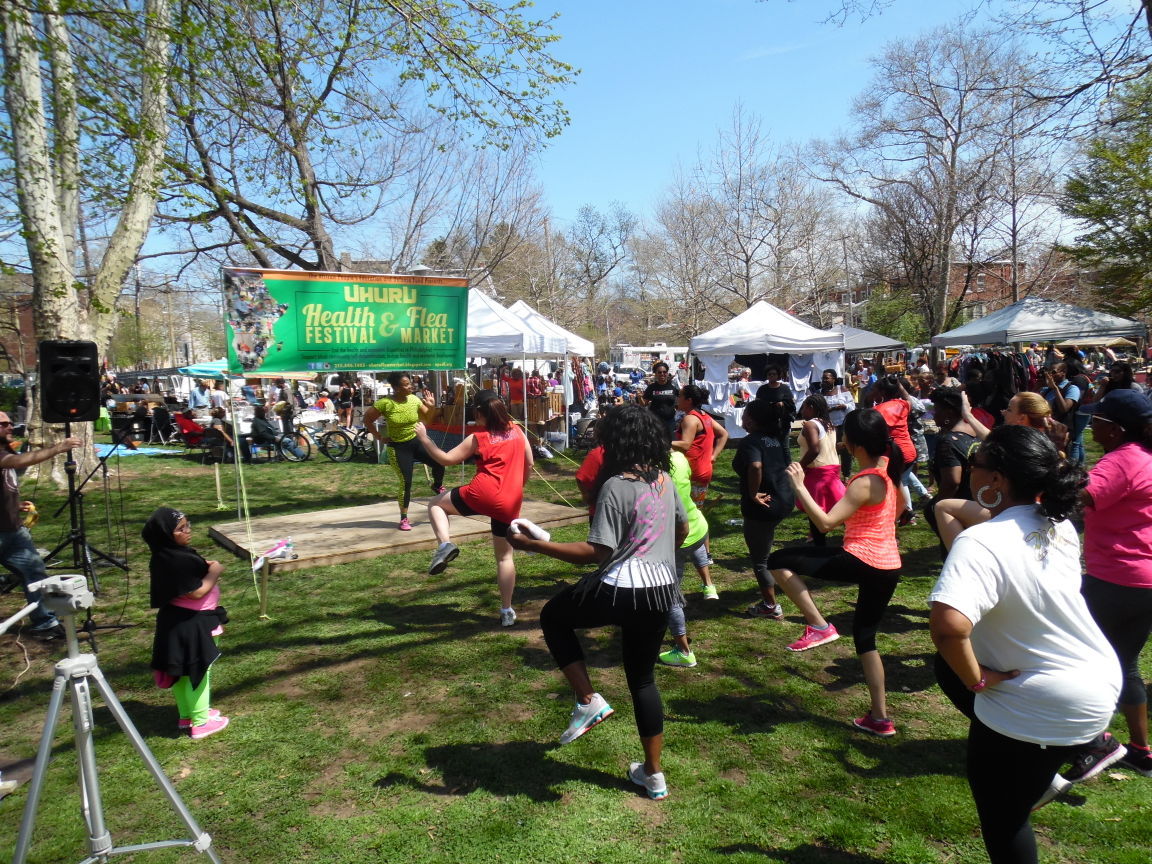 Attendants work out during a dance-exercise session conducted during the Uhuru Health Fair and Flea Market in West Philadelphia on Saturday.

Attendants work out during a dance-exercise session conducted during the Uhuru Health Fair and Flea Market in West Philadelphia on Saturday.

There was a plethora of people, food and information at Clark Park in West Philadelphia during the Uhuru Health Festival and Flea Market last April 25.

The Health Festival and Flea Market opened the 2015 season in which the Uhuru hosts monthly flea markets throughout the spring and summer until October.

The flea markets are highly anticipated by visitors and residents of the city each year.

“The Health festival happens every year this time in April and is the official kick-off of our flea market season,” said Tiffany Murphy, one of the organizers for the festival and market. “The Health festival is brought to you by the African Peoples Education and Defense Fund and the purpose of it is to address severe disparities within the African community by bringing resources that involve health and education.”

The Health Festival is also significant, because it helps raise awareness about the resources that exist which residents can access when needed.

Walking through the array of vendors offering their wares, one could find free health screenings of various kinds throughout the park.

“We have a number of different health partners that are providing screenings, testing and information about various things from HIV to hepatitis to learning more about blood pressure,” Murphy said.

Murphy is also coordinator of the monthly flea markets hosted by Uhuru and called it a labor of love.

“It’s always popping, it’s one of the most popular and busiest flea markets in West Philadelphia,” she said. “We are providing economic development to entrepreneurs and just everyday people looking sell their wares and connect with the community and that’s very important.”

The Uhuru movement has a long reach as attested to by John Thomas who attended the event from St. Petersburg, Fla.

Thomas said he discovered Uhuru several years ago and it changed his life.

“I united with their message of addressing the health, education and economic disparities especially as they pertain to the African community,” he said.

Thomas, now a personal fitness trainer and instructor, says he wasn’t always the picture of health that he is today.

“It hit home for me, I myself, as all of us are, was a victim of colonialism where my health was in question,” Thomas said. “I suffered from hypertension and diabetes and weighed 300 pounds from living a life of trying to make ends meet, eating all of the bad foods, alcoholism, you name and I did it if it was wrong.”

Thomas fought back and said he took control of his health through proper eating and exercise instead of through medication.

“I joined the Uhuru movement. They needed a personal trainer for the gym, and I signed up for that and from there became the personal manager,” he said.

The TyRon Lewis Community gym, located in St. Petersburg offers classes for youth, health screenings and presentations for the community and is also hosted by the African Peoples Liberation and Defense Fund.

“Our mission is to address the disparities that Africans face on a daily basis,” Thomas said. “We don’t to die from Type II diabetes, we don’t have to die of strokes and heart-attacks.”

For more information call (215) 546-1485 or visit them at uhurufleamarket.blogspot.com