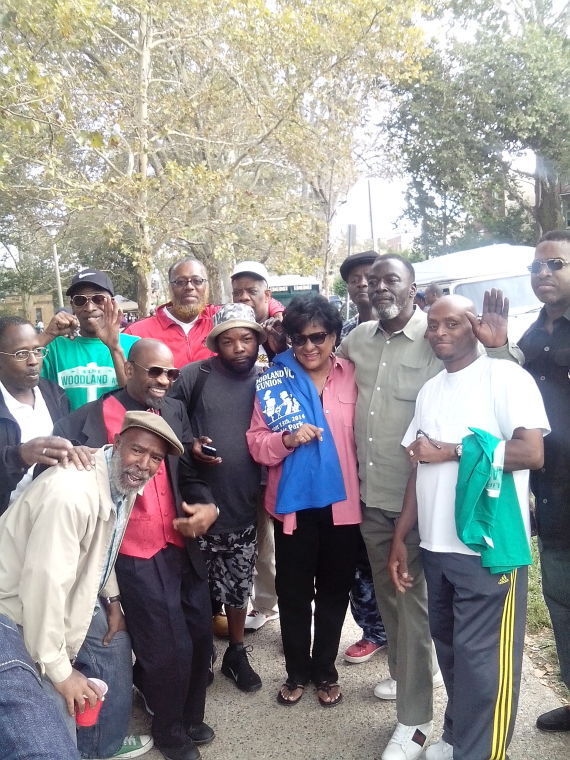 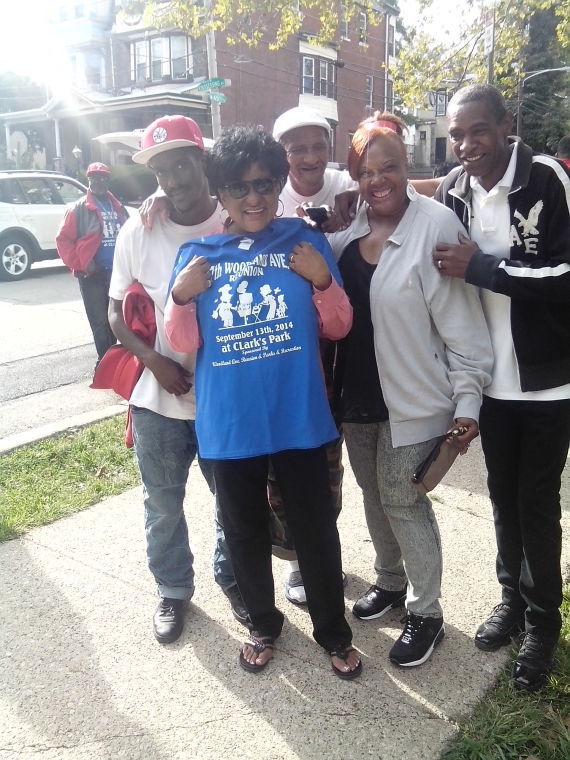 Southwest residents had a chance to reunite with old friends during the 17th annual Woodland Avenue Reunion at Clark Park, 4300 Chester Ave. on Sunday.

Originally planned for Saturday, the reunion was postponed and held Sunday due to inclement weather.

“I have been coming to these things for the longest,” Martin Jones, 62, said.

“It’s nothing but a big, big barbecue for the family,” he said.

And there was food and barbecue aplenty during the reunion. Grills were fired up, live music playing and long time friends and family members fellowshipped throughout the park.

“This is our 17th year at Clark’s Park and we had another 10 years prior to this at Kingsessing playground,” said Ahmed.

“We come back once a year, one day, the second Saturday of every September and all families come together to cook out and see their old friends,” said Ahmed.

Ahmed said that lots of people also turned out the previous Saturday although the event was rained out and those at the park Sunday were those who returned.

The reunion had its origins with the Southwest District Services — a group of men consisting of former members of the Woodland Avenue Gang, according to Ahmed.

These gang members reunited to help serve the communities in which they grew up.

“Our motto is ‘from gang life to community life.’” Now it’s a community group, and that’s what we do now.”

According to Ahmed, the reunion is not just an event exclusively for current and previous residents of Woodland Avenue but one where anyone, regardless of geographical residence, could go and feel welcome.

“We don’t care who you are, white, Black or Chinese, if you come up here and want something to eat, we feed you.”

In attendance was Councilwoman Jannie L. Blackwell who described the event as big fun.

“There’s nothing like people all growing up together and getting together, fellowshipping one with the other, enjoying a hot dog and hamburger and just having a good time,” said Blackwell.

Blackwell, a regular at the reunions, has been a strong supporter of Southwest District Services and is highly regarded among residents in the area for her work in the community.

Upon entering the park, people could be seen rushing to shake hands, get a hug, take a picture or have a few words with the councilwoman.

“The love people have for me, I certainly try to return,” said Blackwell.

“I love people; this is my mission. I love all the time that I’m with them, and I thank God for the privilege of public service,” she said.

Abdul Aleem also attended the reunion and said, “It feels good to see the family, it feels good. I need to get more involved in it.”

Aleem, just recently returning home from prison, said that he was still getting himself situated and looking for future opportunities to engage with the community.

“It’s a pleasure being out here seeing old faces and loved ones,” he said.