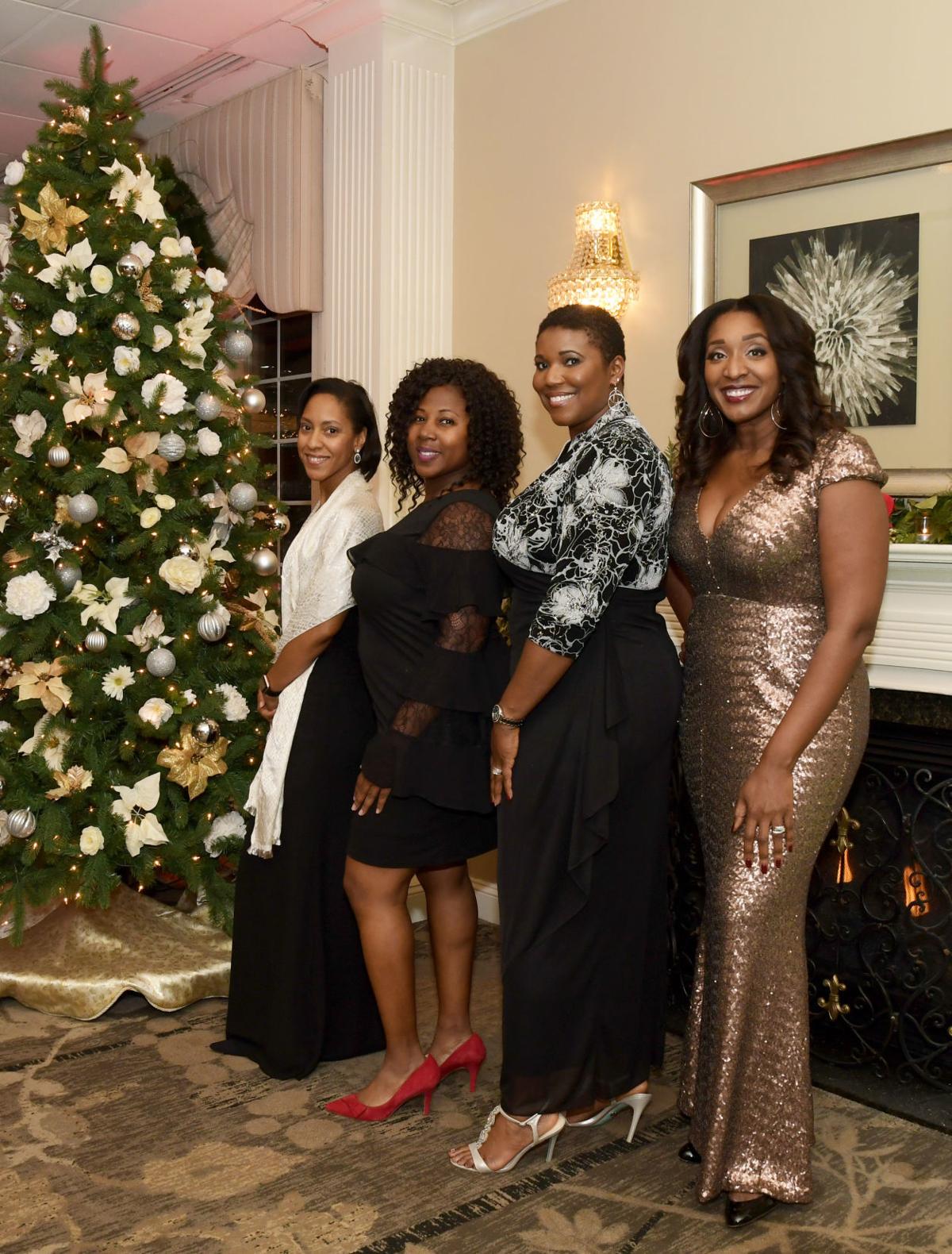 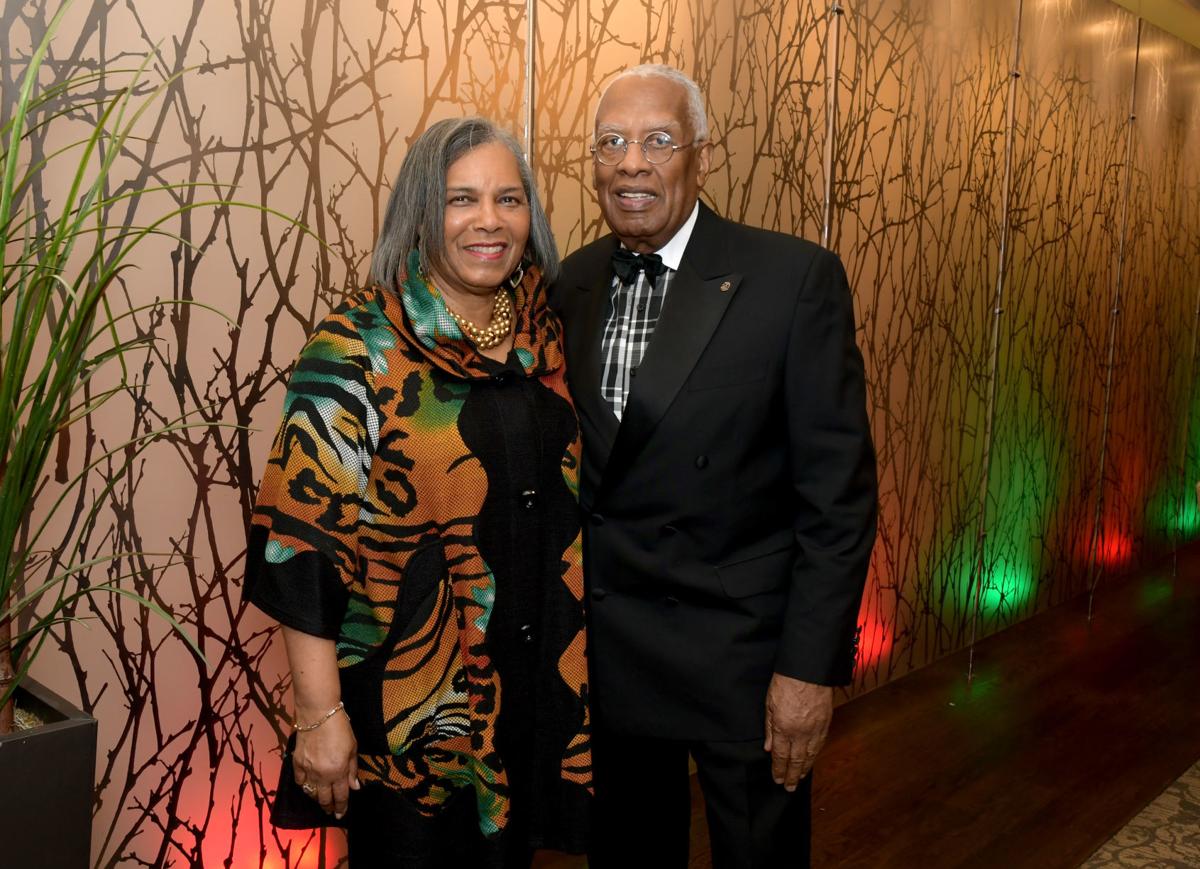 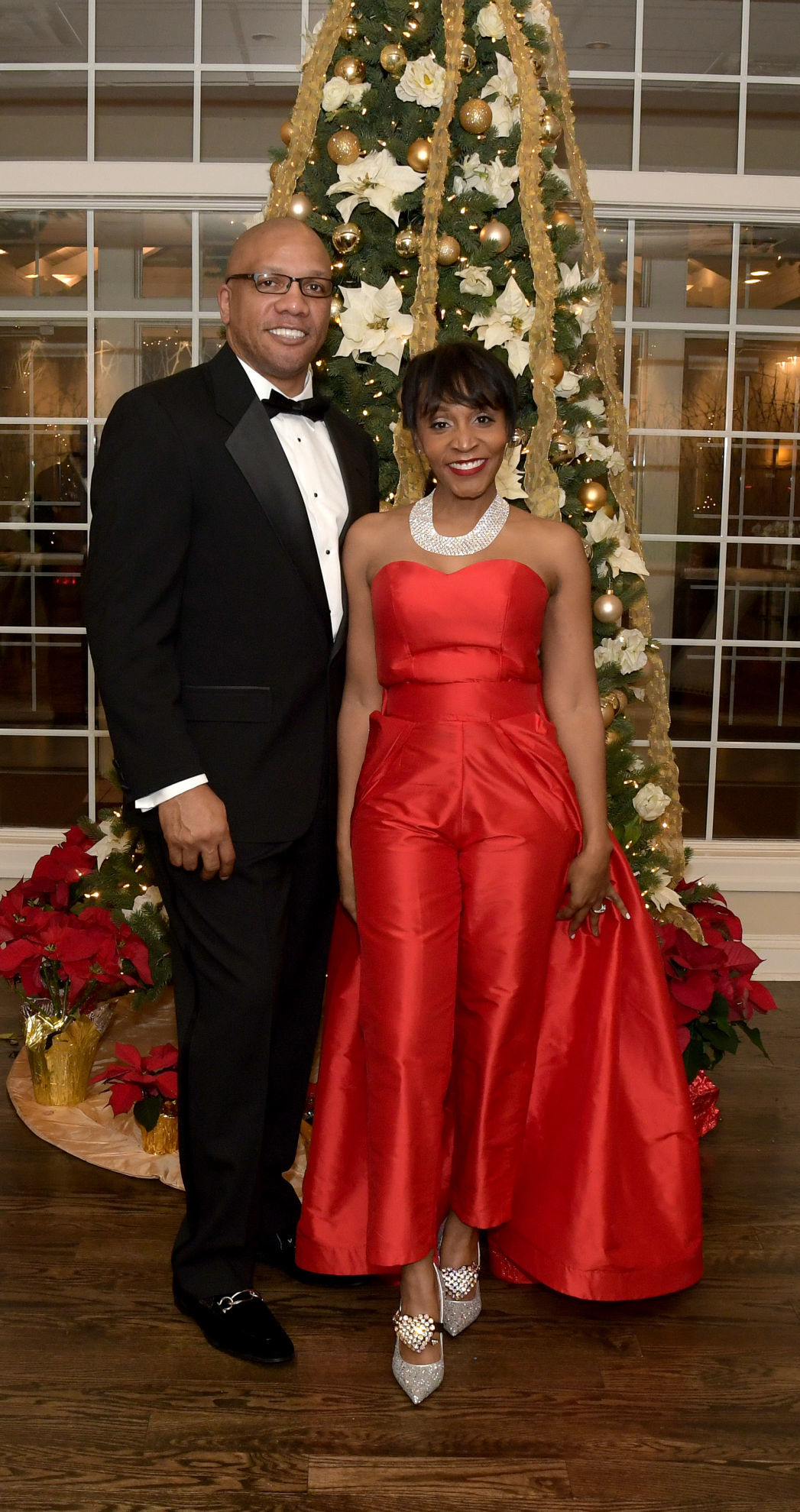 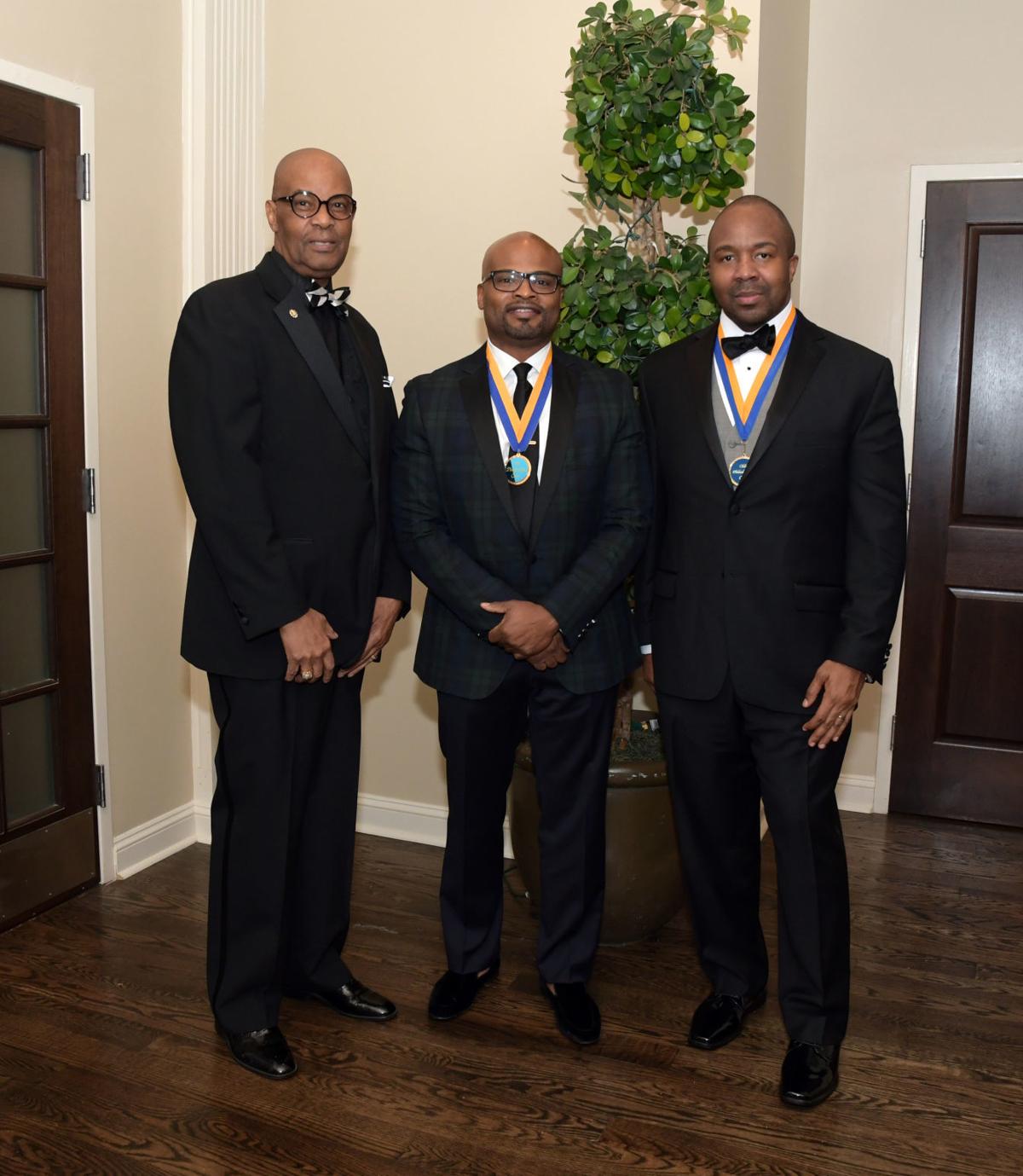 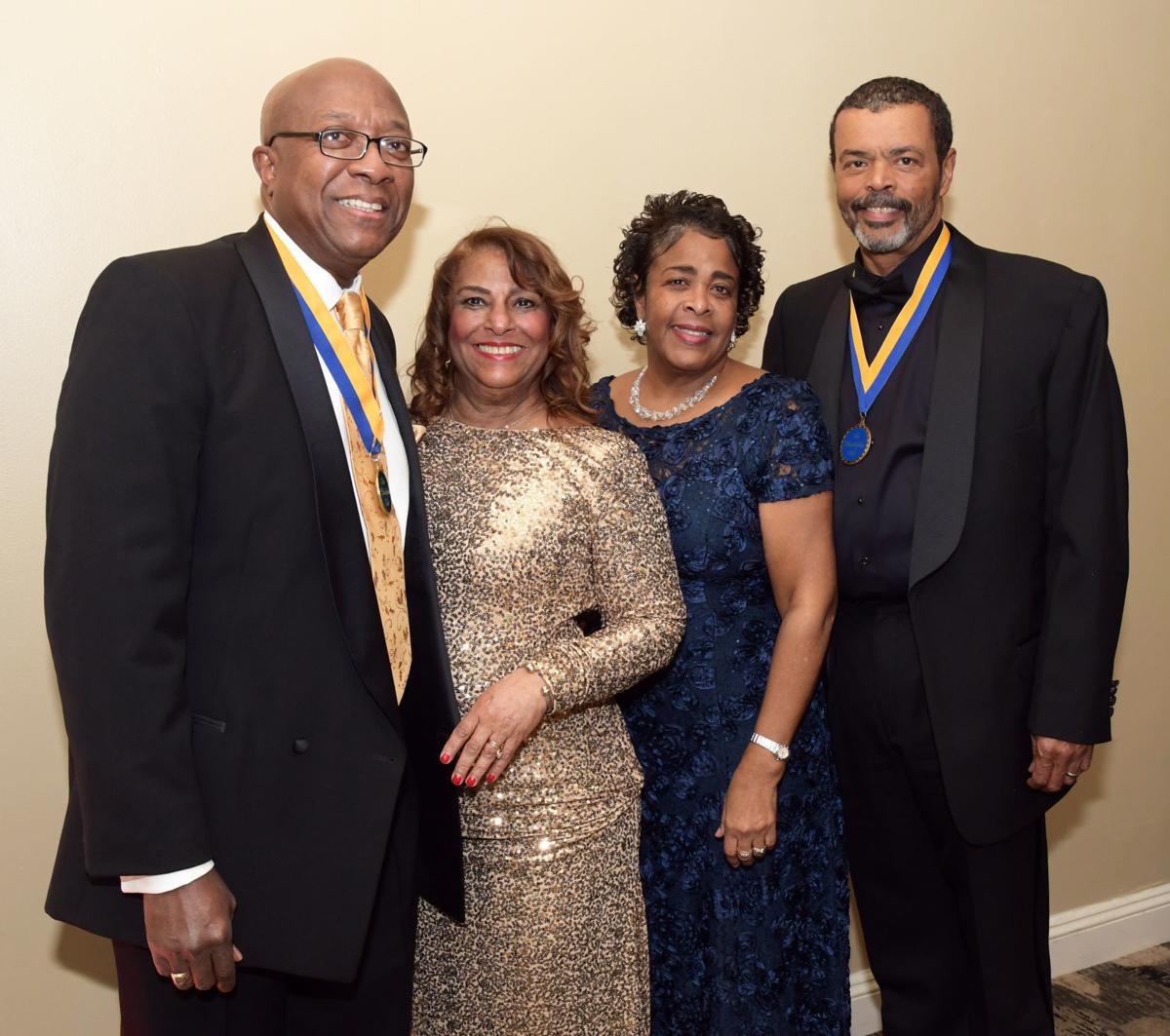 From left, Louis DeVaughn is joined by his wife Elaine Evans-DeVaughn, Hortense LeVere and her husband, past president of the Ye Olde Philadelphia club Michael LeVere inside the Springfield Country Club during the dinner party. 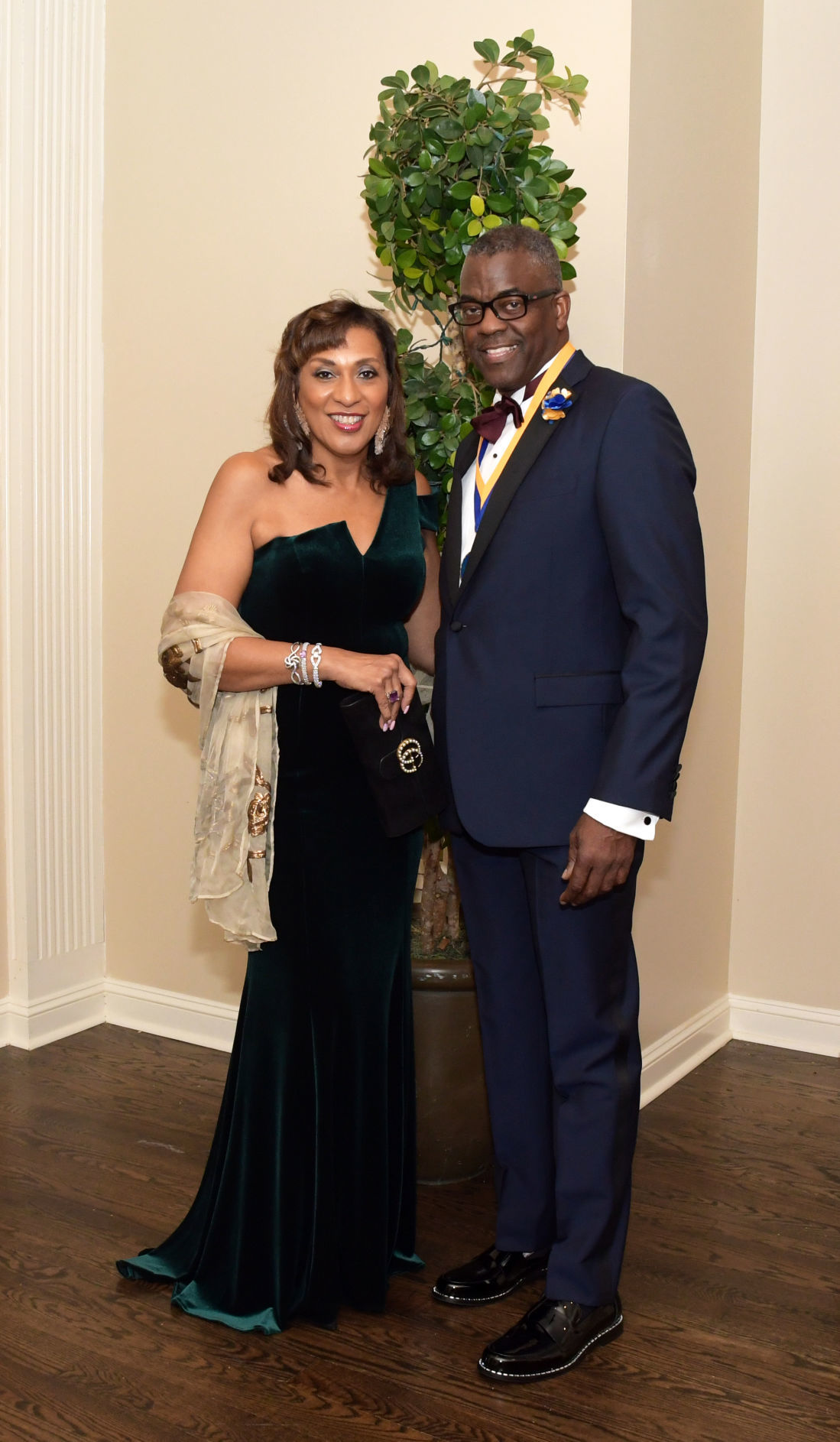 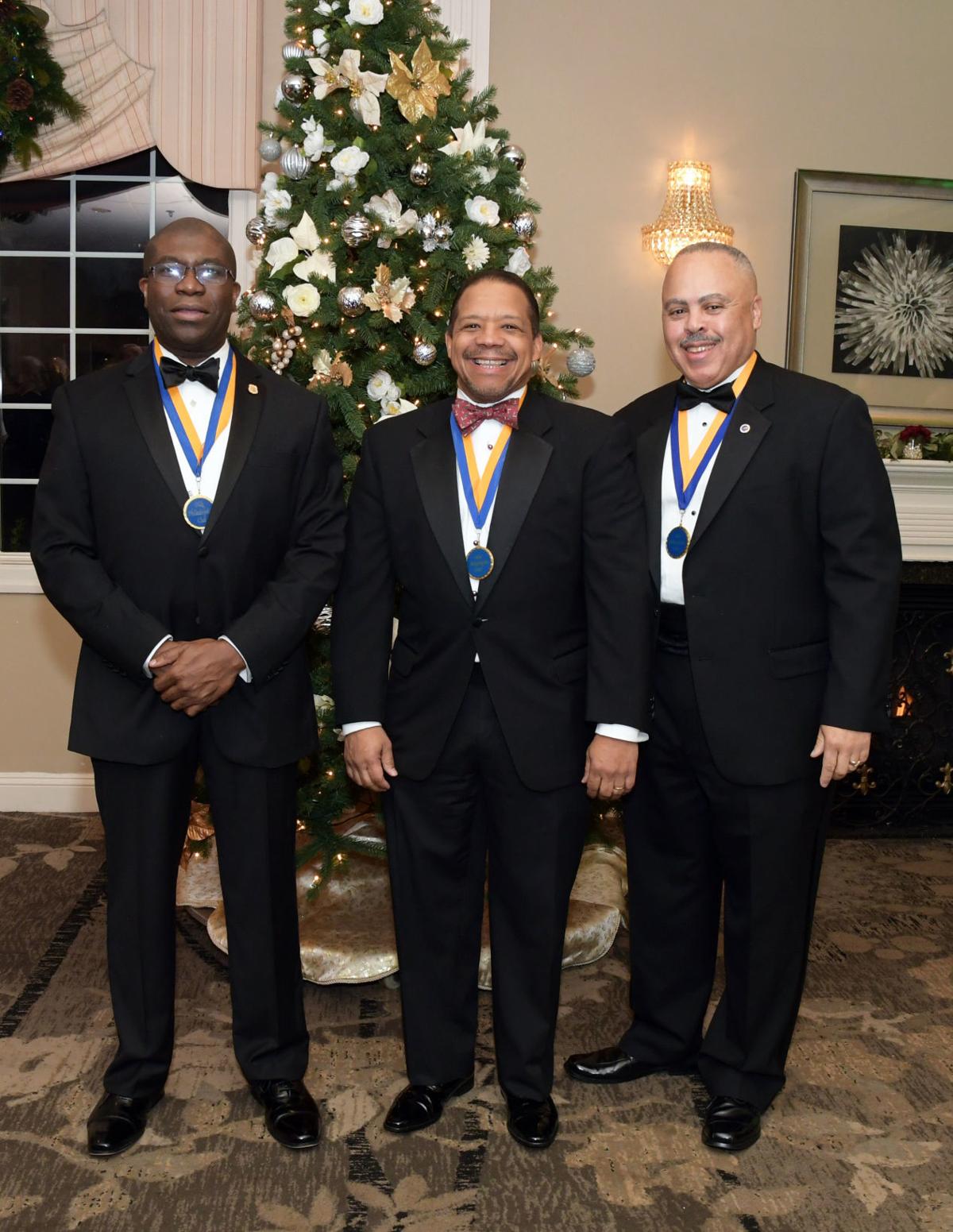 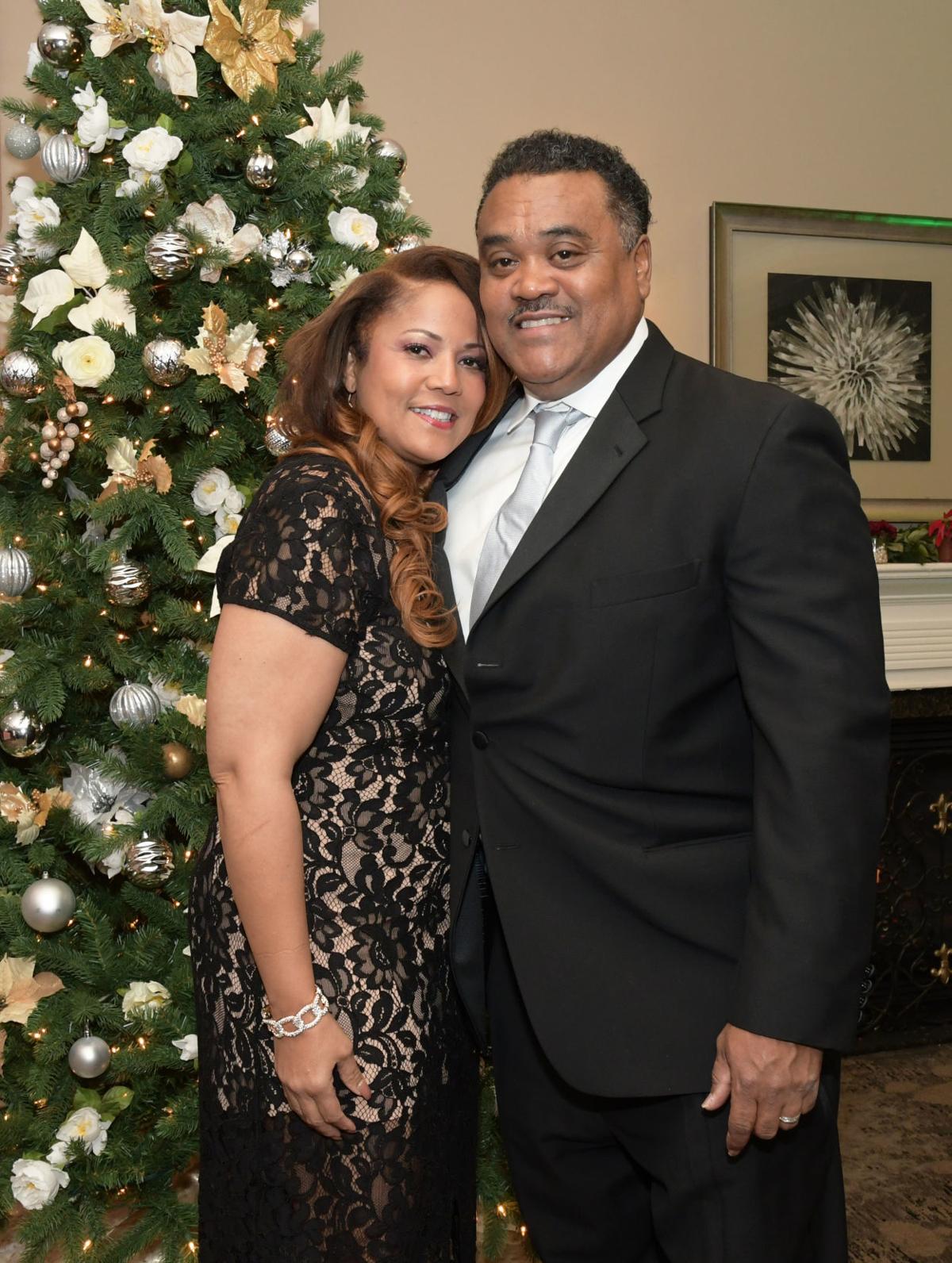 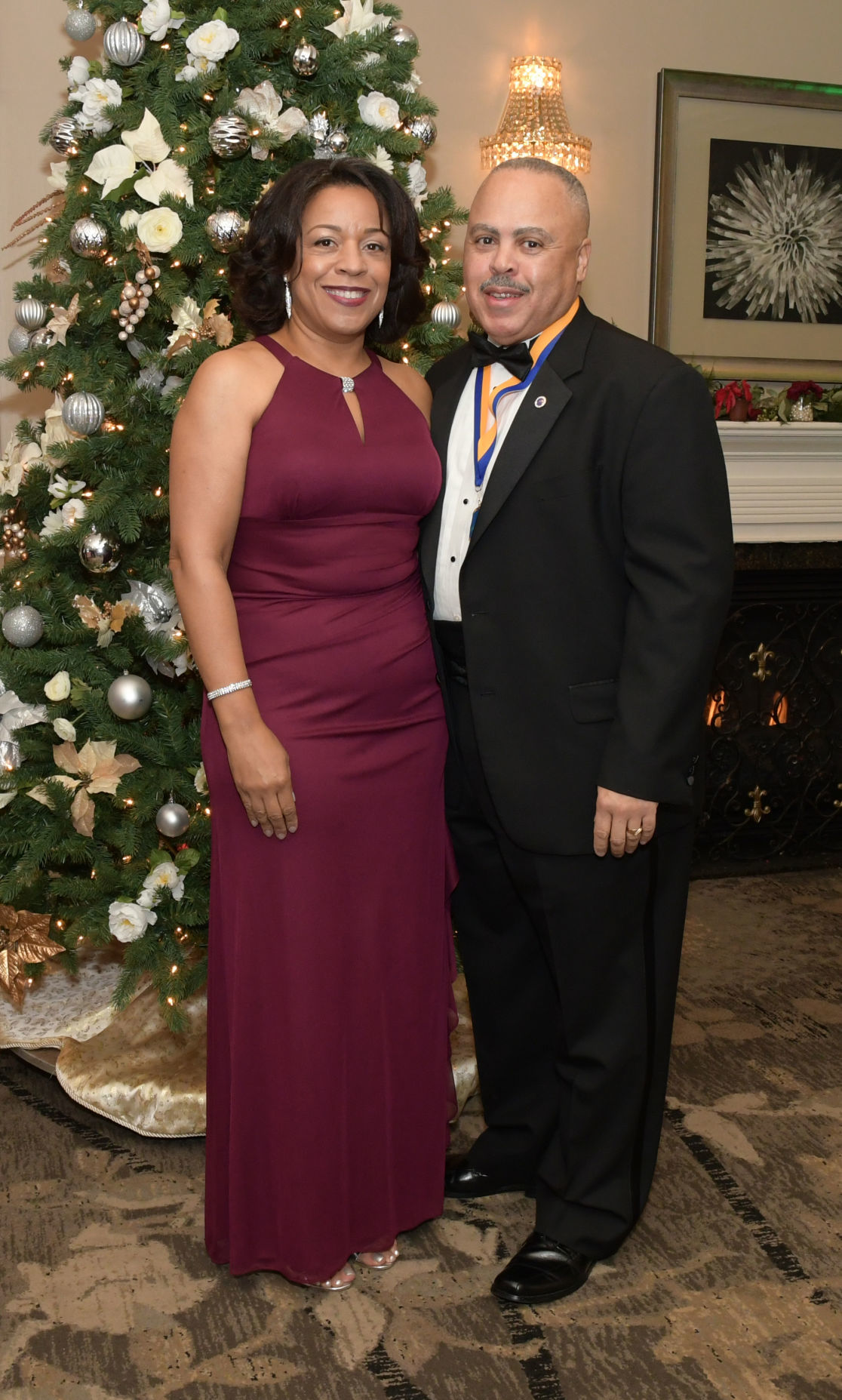 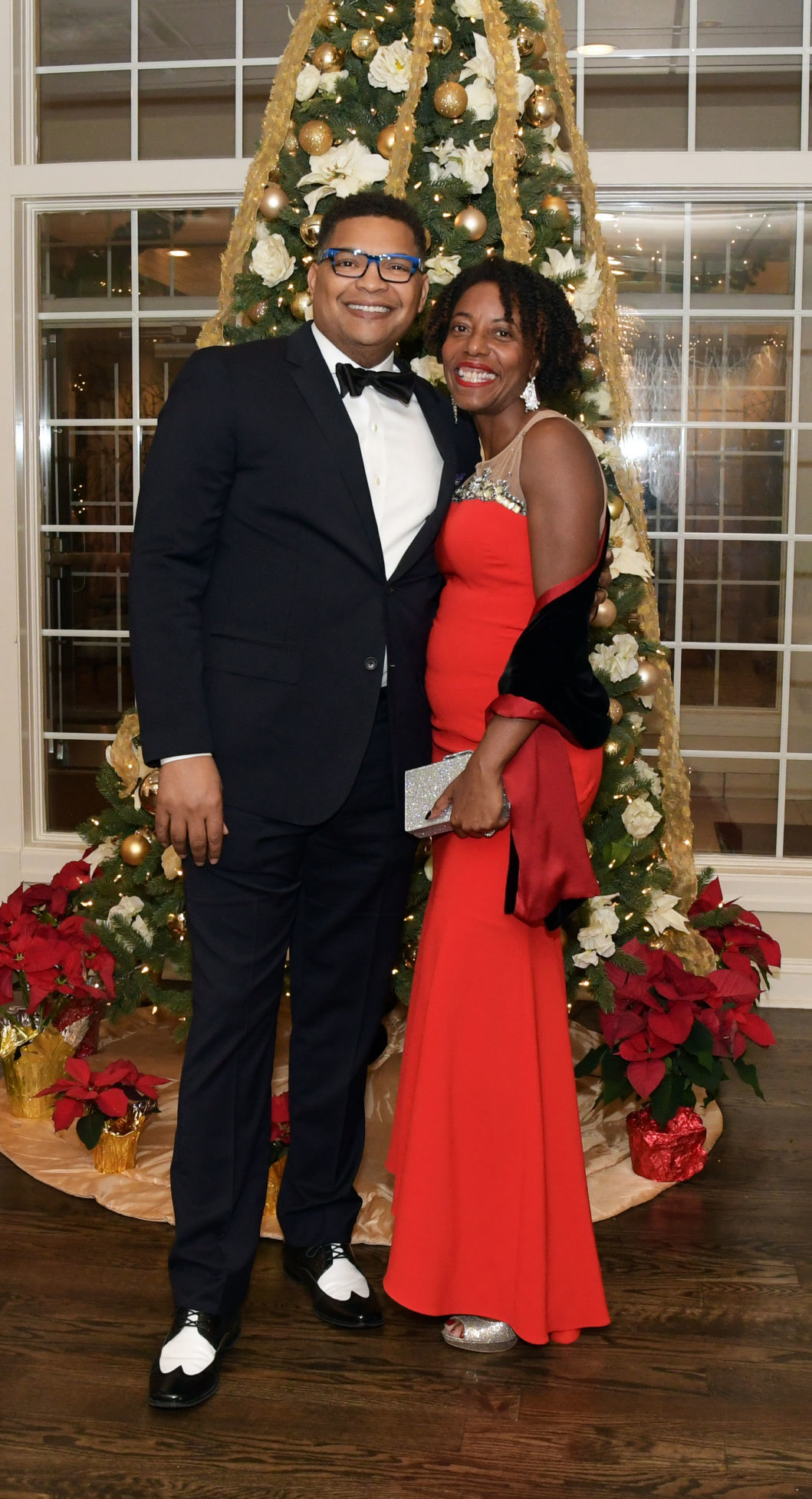 From left, Louis DeVaughn is joined by his wife Elaine Evans-DeVaughn, Hortense LeVere and her husband, past president of the Ye Olde Philadelphia club Michael LeVere inside the Springfield Country Club during the dinner party.

It was another terrific year to be the guest of Michael LeVere and his first lady Hortense LeVere at the Ye Olde Philadelphia Annual Holiday Party.

Ye Olde Philadelphia Club president Joseph Hill and vice president Evertte Gillison welcomed guests. Other officers of the club are: Eugene Golson, secretary, Stephan Brangman, assistant secretary, and William Burke Jr., treasurer. I was surprised and thrilled when they graciously acknowledged my covering this premiere Philadelphia event since becoming a freelance writer for The Tribune in 2007. The club, founded in 1926, is steeped in rich history. Hill also acknowledged past presidents, Michael LeVere and Eugene Golson. He thanked the entertainment committee specifically thanked Michael LeVere, entertainment chair, and referred to him as the “catalyst” for making this event happen. Other entertainment committee members are: Chuck Finney, Vasell Dillard, Robert “Bob” Chapman, Maurice Houston, Huie Douglas III and Paul Coker. Hill also recognized the significance of life members who are at least 55 years old and have been active members for over 20 years. He remarked, “It is through their strength and power that this club has excelled for 93 years. We hope to continue for 93 years going forward.” Gillison followed by rendering a beautiful prayer to bless the meal.

In view of our city’s fever pitch for world Champion Philadelphia Eagles; it’s notable that Joseph “Joe” Lavender is a former American football cornerback who played 10 seasons in the National Football League for the Philadelphia Eagles from 1973 to 1975, and the Washington Redskins from 1976 to 1982.

Everett and Elaine Gillison were joined by Bobby and Judy Tillman, Michael Covington and Rose Blackburn Matt and Bea Harris and Major Donel Everett and Valerie Barette Everett. Here’s another great Eagles connection. Major Everett is a retired pro football player and “Big Major 39” with the Philadelphia Eagles. Major Everett had been a running back with the Eagles, Cleveland Browns and Atlanta Falcons.

I recall attending one of my first Ye Olde Philadelphia formals. Judge John Braxton was the club’s president at the time. He explained that the club was purely social with a diverse group of men who belonged to many other organizations and fraternities that serve our community in meaningful ways. I thought of his statement when I saw R. Bruce Hill Jr., Alpha Phi Alpha Fraternity Inc. board member and Philadelphia chapter president taking a photo with Ye Olde Philadelphia members and fraternity brothers Maurice Houston and Reggie Cooper. Fraternity brothers Vance Cooper, Lee King, Gus Tolson and Ryan McLeod were also in attendance.

The “Soul Revival Band” was phenomenal with a perfect blend of old school, current hits and music for line dance lovers who really look like they practice. The food was delicious and the ladies and gentlemen partied Philadelphia style. It was a rainy evening that bought us a little sunshine at another beautiful evening with Ye Olde Philadelphia Club. Thank you!

The Olde Philadelphia Club, founded in 1926, hosted its annual Winter Formal at the Springfield Country Club just before the New Year. PHOTOS:…

After all the hustle and bustle of the holiday season, The Philadelphia chapter of the Circle-Lets Inc. enjoy the tradition of gathering for a…

Out & About: AKA luncheon and fashion show

Congratulations to the Omega Omega chapter of Alpha Kappa Alpha Sorority Inc. (AKA) and its charitable arm, The 1926 Foundation.