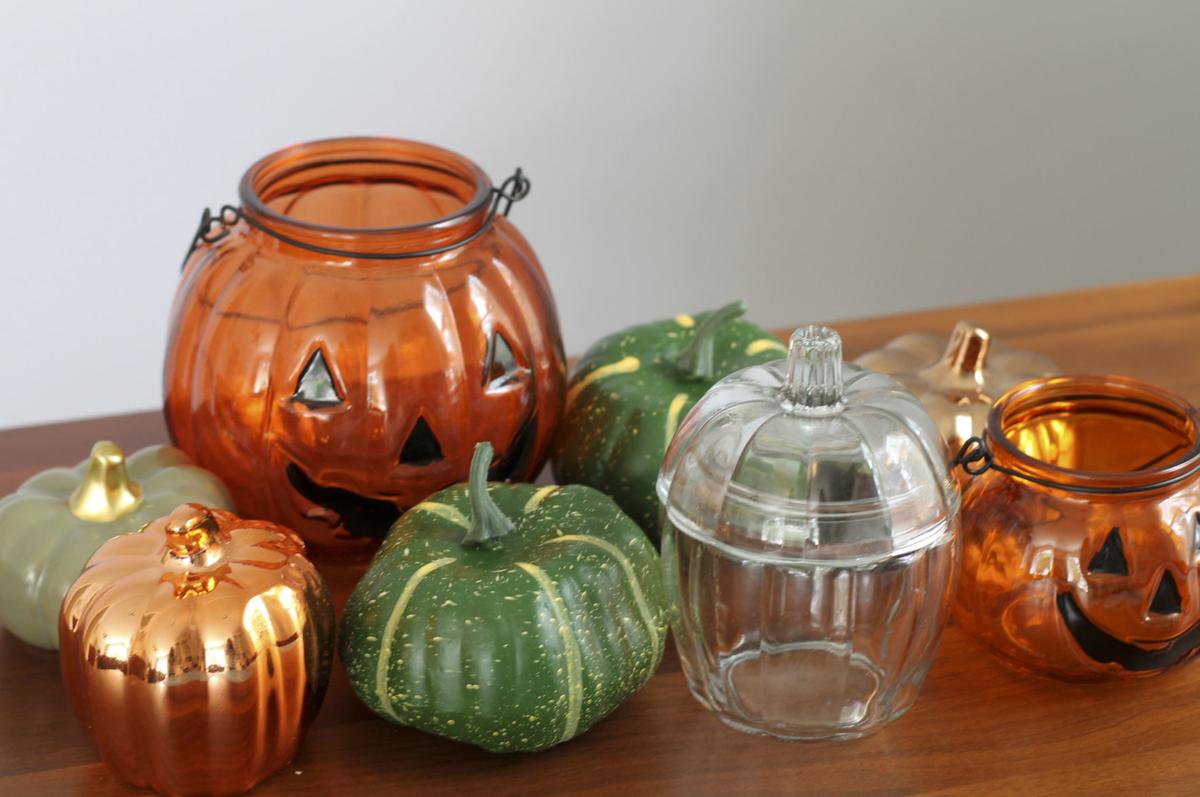 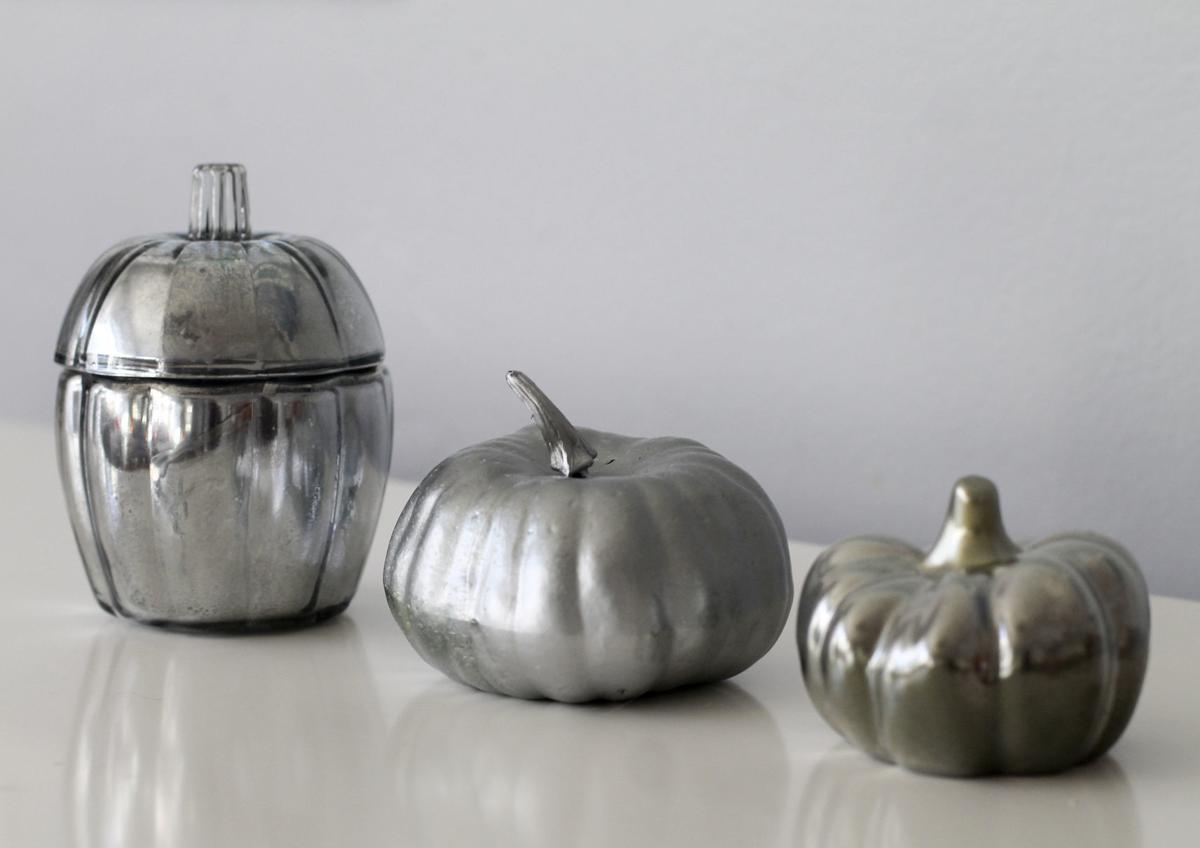 Three faux mercury glass pumpkins created using Krylon Looking Glass spray paint. The version on the left features a glass base, the middle pumpkin is made of foam and the pumpkin on the right is made of ceramic.

Three faux mercury glass pumpkins created using Krylon Looking Glass spray paint. The version on the left features a glass base, the middle pumpkin is made of foam and the pumpkin on the right is made of ceramic.

CONCORD, N.H. — It might be easier to transform a pumpkin into Cinderella’s coach than to turn one into a mercury glass decoration.

Hoping to add elegance to seasonal decorations that can stretch from early fall through Halloween and Thanksgiving, I decided to try recreating the look of mercury glass tableware, historically created by sealing a liquid silvering solution between layers of blown glass. Most of the tutorials I found sought to copy mercury glass decorations sold by Pottery Barn, though the company’s most recent catalog no longer includes them. I hoped that meant that selling them had become unprofitable because DIY versions were so easy and inexpensive, but that is doubtful. While the three methods I tried certainly were easy and inexpensive, they didn’t produce wholly satisfying results.

All three versions rely on the same product — Krylon Looking Glass spray paint — along with water and vinegar, which is sprayed on the pumpkins at various points to create spots that resist the paint and add to a weathered, vintage look. They different only in the base material — foam, glass or ceramic. Here’s what I found, with each method rated from 1 to 10, with 10 indicating the least expensive, easiest and best results:

I found this technique on a blog called Practically Functional , and true to its name, this would be the most practical option in a household where you might worry about children or pets knocking over more delicate items. I started with small foam pumpkins from the dollar store and gave them a base coat of gray paint. Once that dried, I sprayed the pumpkin with a mixture of water and vinegar, followed by light coats of the Looking Glass paint. Gently dabbing the paint after a few minutes produces a slightly mottled effect.

This technique was easy, but more time consuming than the other methods because it involved a base coat of paint. That also increased the price. And while the results were pretty, the pumpkins didn’t at all look like mercury glass. They did, however, resemble the “frosted” mercury pumpkins that Pottery Barn is selling this year, so worth trying if you like that look.

A blog called My Life Abundant provided a tutorial that starts with a glass pumpkin with a removable lid. That allows the Looking Glass paint to be applied to the inside of the glass, which turned out to produce the best results. Light coats of paint are sprayed onto the glass, and then misted with water to create the droplet effect. This was a bit tricky given the small size of the opening into which I was spraying, and I had some trouble with paint running down the sides of the glass.

This project ended up being the least expensive for me, because I used a small, pumpkin-shaped candle holder I already owned, after removing the excess wax. But I was unable to find a similar jar at multiple stores. The closest I could find were some orange glass jack-o-lantern jars, small ones at a dollar store and a larger version at a craft store. For those, I sprayed both the inside and outside of the jars, and ended up liking the bits of orange that came through.

I was inspired by The Inspired Hive to try one last tutorial, this time starting with small ceramic pumpkins from the dollar store. Again, the pumpkin is misted with water and vinegar, followed by the Looking Glass paint, with the spots gently blotted.

It took more coats than I expected to cover the pumpkins. The results were more metallic than glassy. But starting with a metallic orange pumpkin, I was able to create a reasonable stand-in for the “rose gold” version available at Pottery Barn .

To keep enjoying your garden's flowers, consider drying them

Cut flowers have an intense but brief vase life, lasting generally about a week. Yet they can be preserved as attractive and long-lasting arra…

Yes, you can grow fresh figs in most parts of the country

Seems like just about everyone likes the idea of growing figs. Perhaps it’s some primal attraction for this ancient fruit. The rich, sweet fla…

We're all emailing, texting and DM'ing as fast as our thumbs can type these days, but there's also some Old School pushback. For many style-sa…