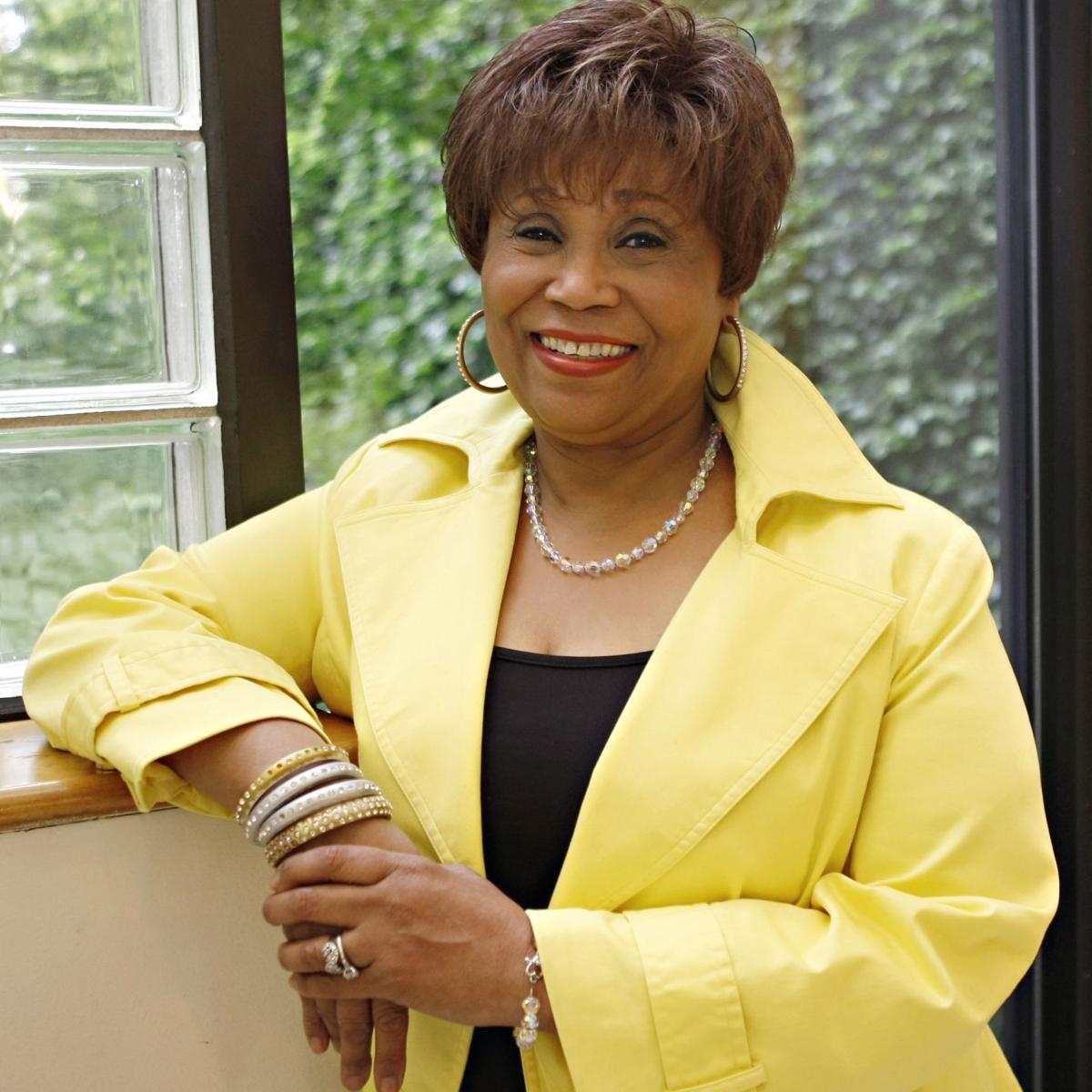 Vy Higginsen is mentioned in the PRX and the Smithsonian special “Black Radio: Telling It Like It Was.” 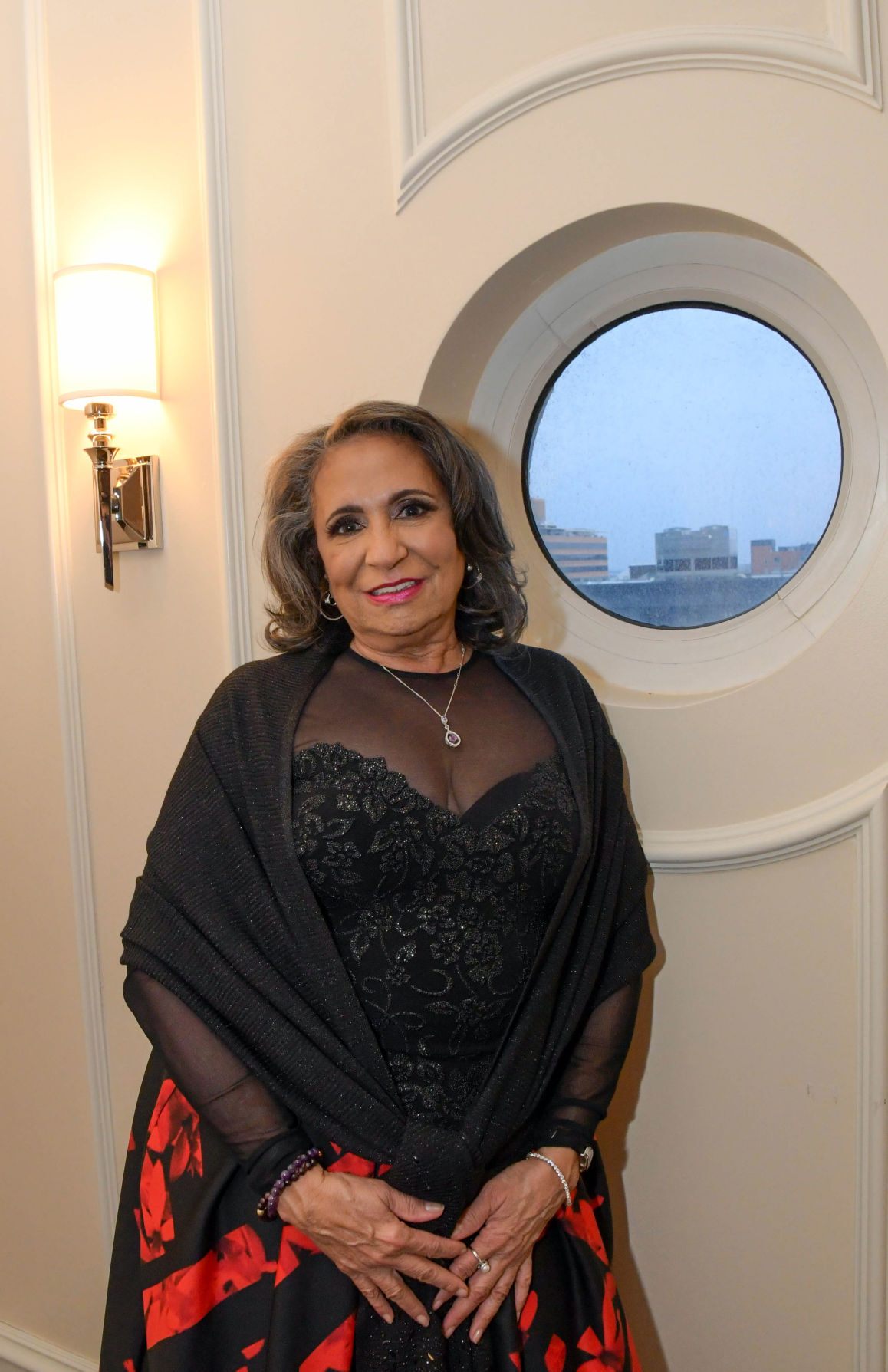 Founder of media company Radio One and creator of the urban radio format called “The Quiet Storm” on Howard University’s radio station WHUR Cathy Hughes stands inside the Marriott during the 40th anniversary celebration of the African American Museum in Philadelphia where Hughes was awarded for her contribution to media as an African American entrepreneur. 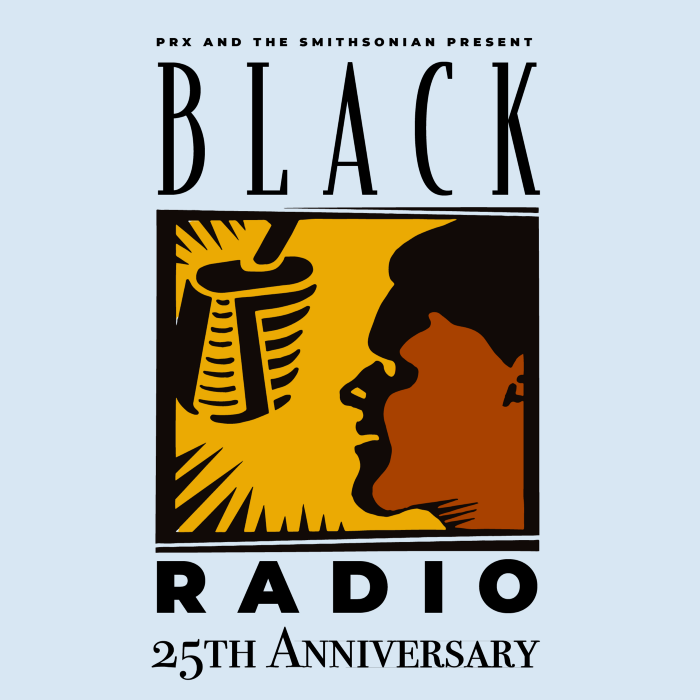 PRX and the Smithsonian present "Black Radio: Telling It Like It Was" —Submitted

Vy Higginsen is mentioned in the PRX and the Smithsonian special “Black Radio: Telling It Like It Was.”

Founder of media company Radio One and creator of the urban radio format called “The Quiet Storm” on Howard University’s radio station WHUR Cathy Hughes stands inside the Marriott during the 40th anniversary celebration of the African American Museum in Philadelphia where Hughes was awarded for her contribution to media as an African American entrepreneur.

PRX and the Smithsonian present "Black Radio: Telling It Like It Was" —Submitted

Twenty-five years ago, an original and first of its kind 13-part radio series on the history and rise of Black radio was released on public radio. The radio special and documentary was narrated by American record producer, singer, composer and actor Lou Rawls and produced by radio pioneers, Sonja Williams, Jacquie Gales Webb and Lex Gillespie.

In light of the 25th anniversary of this production, PRX and the Smithsonian present “Black Radio: Telling It Like It Was.”

WHYY-FM will start this series May 30 and it will run every Sunday at 2 p.m. through July 4. The series will be a reformatted version of the original stories that were released 25 years ago and explored the role radio had on the transformation of the African-American community during the 20th century. A majority of the special will air during June, which is also Black Music Month.

“It’s a celebration of the creativity that African Americans brought to the radio broadcasting industry. That has always been my intention for this series because it wasn’t being celebrated, nor was it being talked about,” series co-producer Gales Webb said. “So I just want people to learn and enjoy what they hear and remember the impact these individuals made on our industry.”

First airing in 1996, the series took a deep look into the role of radio during the great migration of Blacks from the South, trailblazing Black DJs and stations and Black radio during the civil rights movement.

The original host, Lou Rawls, will continue to guide listeners through the reformatted version but with new narration from one of the original producers, Gales Webb.

“I was working at the Smithsonian at the time, and it was a big anniversary for radio. It was something like the 50th anniversary of radio and all of these national radio stars were being celebrated and none of the heroes that I grew up listening to were being talked about,” said Gales Webb.

“I grew up in New York, and there was the WWRL Soul Brothers and it was Frankie Crocker and the two African American females that I heard on the air, Lamar Renee and Vy Higginsen, who inspired me to get into radio. And I talked with radio veteran from Washington D.C., Bobby Bennett, about it. He said someone really needs to do a documentary documenting all of the African-American heroes in radio and how important radio was in the lives of African Americans in this country.”

“And being at the Smithsonian, and having the opportunity to be able to pitch ideas. I pitched it to the Smithsonian and they loved it. And we pitched it to the Corporation for Public Broadcasting who supplied the funding for it. And thank God they did. It’s just been a wonderful blessing to be able to have documented so many heroes that are no longer with us,” said Gales Webb.

With the assistance of Williams and Gillespie, the team got all the right people to participate.

“Sonja Williams and Lex Gillespie, who were our pros at what they do, had already been able to make connections with so many legends, not only in radio, but also in the music industry,” said Gales Webb.

“It was very easy and a lot of people, you know, just got to turn on the mic, turn on the tape recorder and hook the microphone in and away they went,” said Gillespie. “It took some tracking down in some cases, but a lot of times people were very receptive and very open to being interviewed. And it was a matter of just finding them, but I remember everyone being very willing to talk,” said Gillespie.

“I know several people said we’re so glad you’re doing this, I grew up in New York as well listening to radio and fell in love with radio and the music on the radio, but also the voices,” said Williams.

“Vy Higginsen was someone I listened to, Frankie Crocker was my idol. I mean, he was my man. I went up to New York, and he was really gracious, and he said he’d love to talk about his career and his vision for WPLS. I was so nervous that I was in the same room with this guy who had grown up listening to that I forgot to turn on the tape recorder for the first 10 or 15 minutes,” said Williams.

“But he was cool and we went back over some stuff, so it was really easy. And people were really gracious. Not only gracious in terms of interviews, but we had to find archival tape as well. Some of the collectors, people who actually collected tapes of air checks from actual programming and programmers, they were willing and able to let us make copies of that so that we could use it,” said Williams.

The next step was to give it a voice.

“We said whose voice is going to tie all this together for us? We’re writing this wonderful documentary, what voice really fits? We had several ideas but Lou was one of the first, and he accepted. And we were so thrilled because Lou was just a beloved star. His voice was so rich. He had so much history with the early DJs, the early music, the R & B music, the gospel music, ‘The Sound of Philadelphia.’ He just tied into everything. And I think he knew everybody that we were talking about. That was very evident,” said Gales Webb.

PRX’s producers Se’era Spragley-Ricks and Genevieve Sponsler are the ladies behind the modern production that will air on WHYY-FM this Sunday.

“Everything is largely still intact. The main goal was to get the hours back out into the world for more listeners but not change the content. Knowing that stations, now 25 years later, are more likely to air hours and not half hours. So taking the 13 and a half hours, and combining them into six one-hour specials,” Sponsler said. “The goal was to get as many stations in as possible and we knew that hours would be more likely to do that.

“Because of our relationship with the Smithsonian, we distribute one of their podcasts, we were able to get the wave files from the archives which was so awesome. The Smithsonian was able to find the wave files in the archives and then from that, Se’era and I started thinking about how we combine them together, where we can put breaks for the station and IDs, but without modifying.”

Spragley-Ricks said the project goes beyond celebrating the Black radio heroes of the past, it gives us a map for the future.

“We can’t impact our future if we don’t understand our past and these are some amazing people that we are carrying the torch forward with,” she said. “So I hope that you truly understand our history and the people who really paved the way for us to be here in this industry, and that we make impactful work, the way the people before us, our ancestors, have done, as they are truly timeless figures in this industry.”

Gales Webb said she is proud of the work she did on the project and is glad that her work has stood the test of time.

“Listening back to it. 25 years later, it’s so relevant now. When you listen to what women went through in radio broadcasting, what African Americans went through in radio broadcasting to hear it in 2021 is just fascinating history so much uncovered history is being presented to us in 2021 and I’m just so thankful that PRX and these two very talented ladies were able to put together the 25th anniversary,” said Gales Webb.