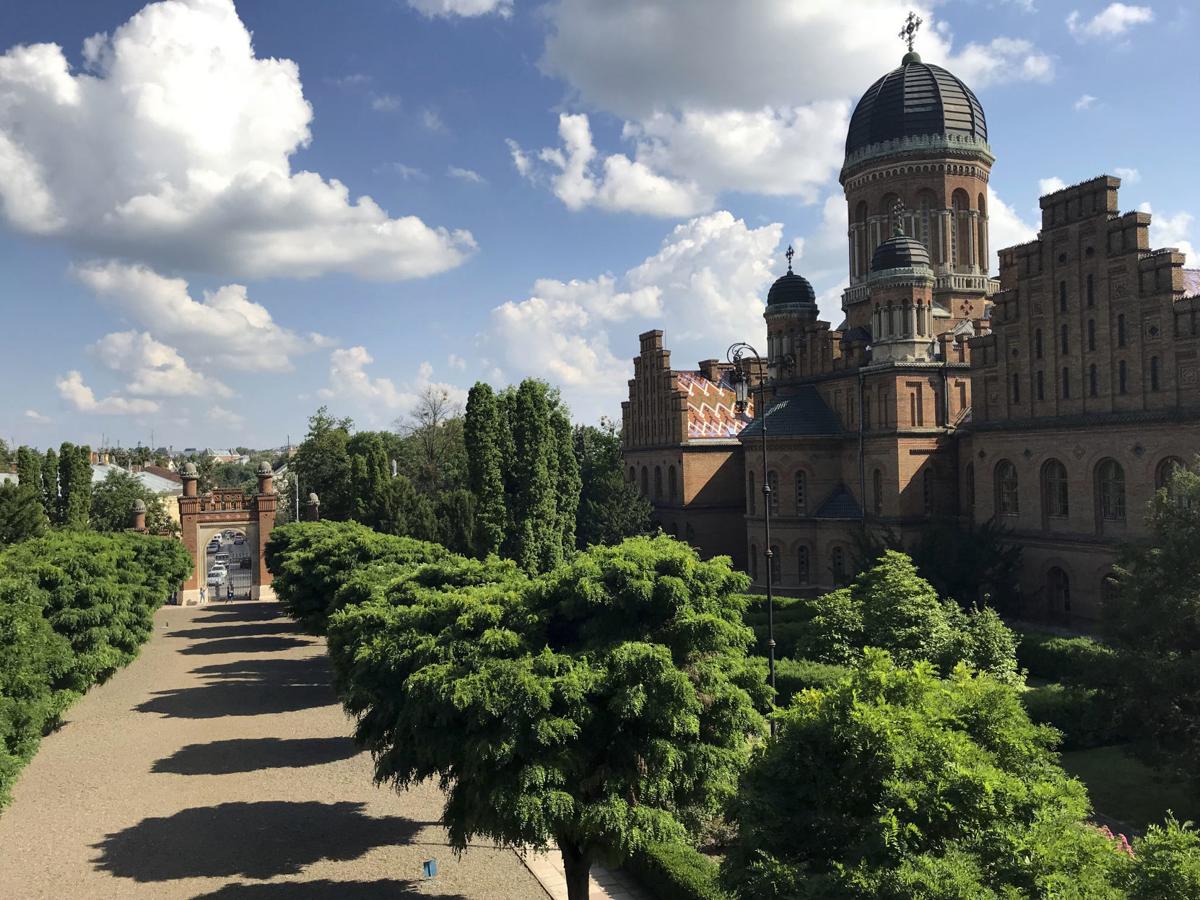 The university complex, which had been the residence of the Bukovinian Metropolitans in Chernivtsi, Ukraine. 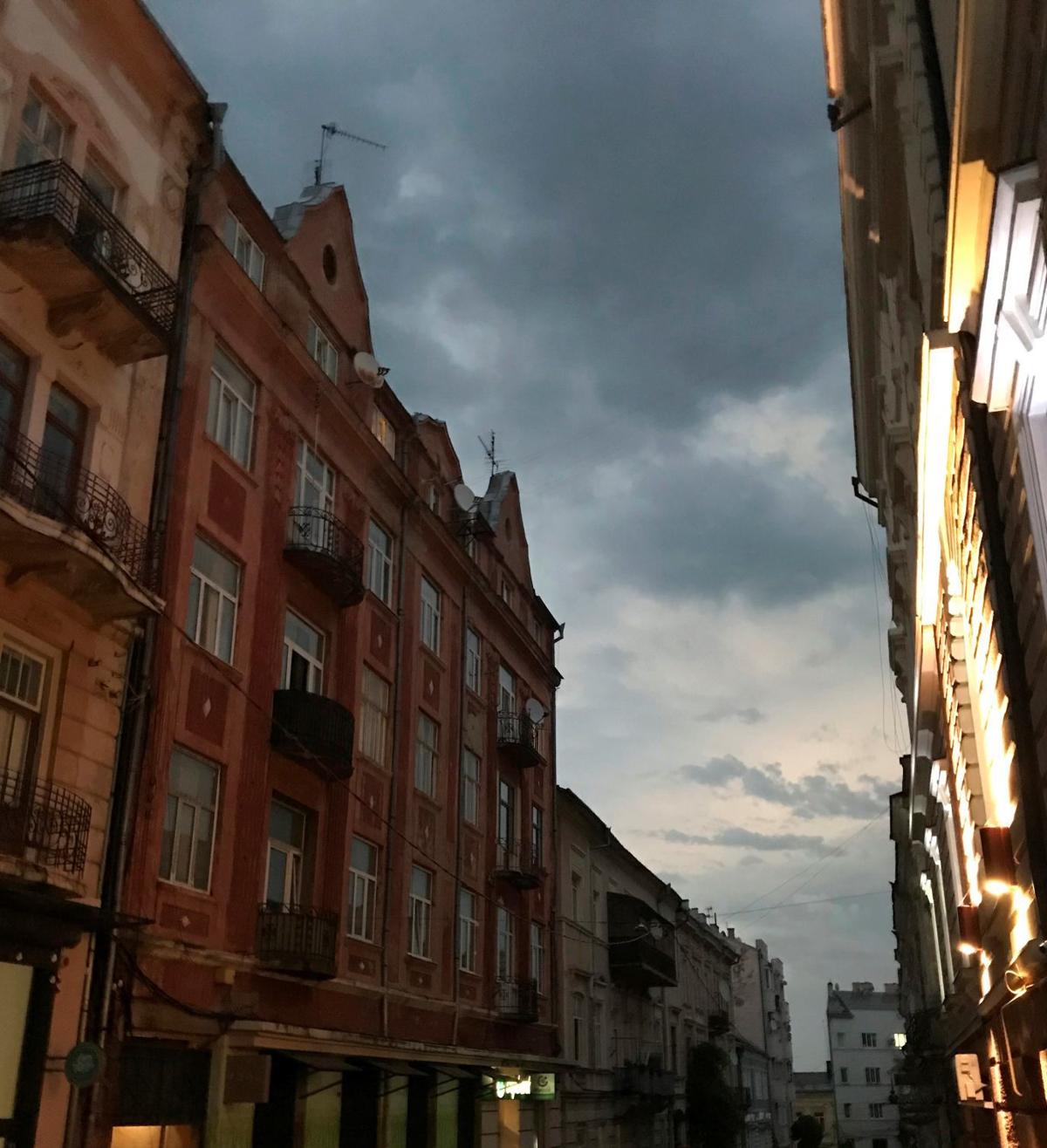 The historic heart of Chernivtsi, Ukraine, at sunset. One of the oldest towns in Ukraine, Chernivtsi brims with young people, drawn by a renowned university with impressive, 19th-century architecture. 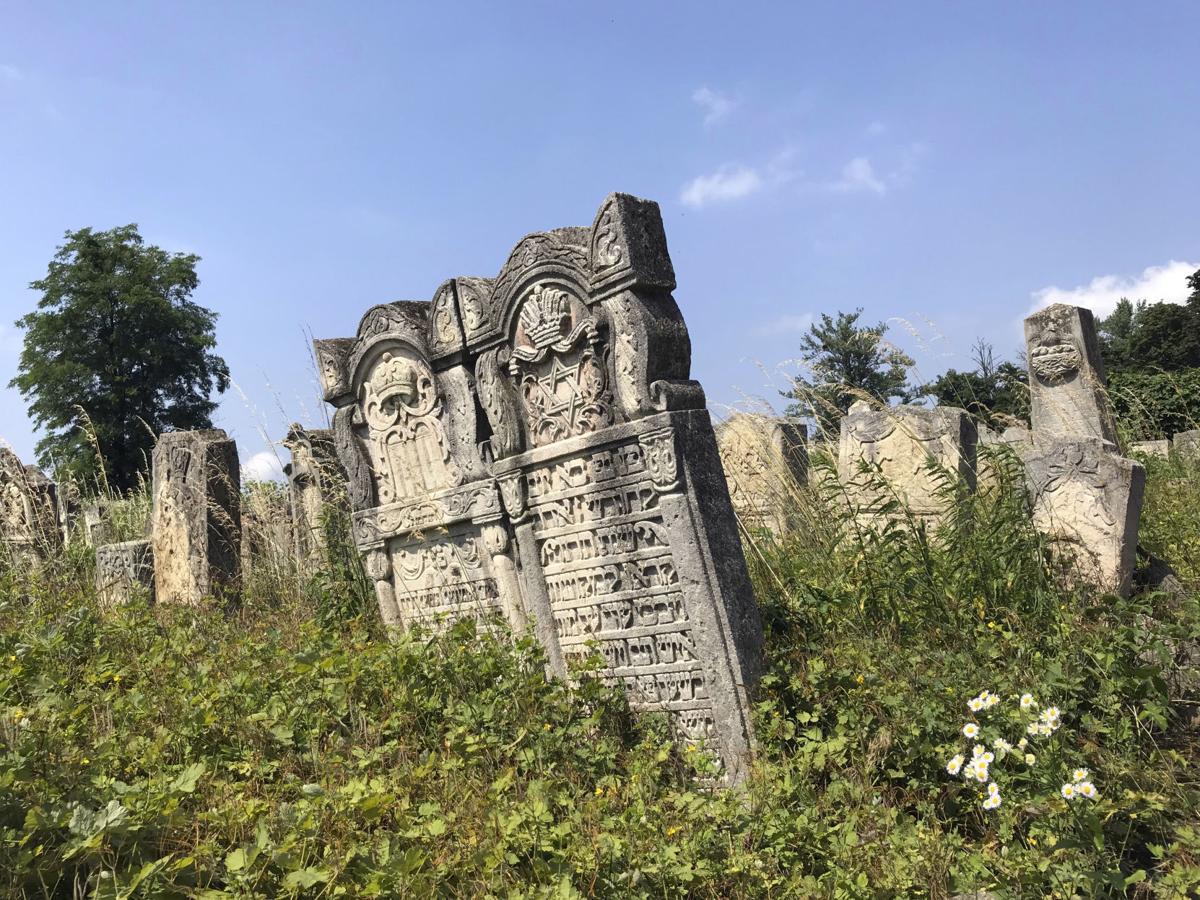 A memorial gravestone in the Jewish cemetery in Chernivtsi, Ukraine.

The university complex, which had been the residence of the Bukovinian Metropolitans in Chernivtsi, Ukraine.

The historic heart of Chernivtsi, Ukraine, at sunset. One of the oldest towns in Ukraine, Chernivtsi brims with young people, drawn by a renowned university with impressive, 19th-century architecture.

A memorial gravestone in the Jewish cemetery in Chernivtsi, Ukraine.

CHERNIVTSI, Ukraine — Tucked in the southwest corner of Ukraine, Chernivtsi is a cheerful city that graciously marries the glories and sorrows of centuries past with vibrant Eastern European urban life today.

It’s at the heart of a geographical and historical region with a name that almost sounds whimsical: Bukovina. Fiercely proud Bukovina, whose name means beechwood in Romanian, spans Romania and Ukraine and straddles the Carpathian Mountains. Bukovina has witnessed a long succession of rulers and influences, including Huns, Ottomans sultans and Austro-Hungarian emperors.

A flourishing Jewish population in Bukovina was uprooted and largely exterminated during World War II, but there are traces of it if you look.

Early this summer, joined by my daughter, I spent 10 days in Chernivtsi. Every day I grew more charmed by the city.

One of the oldest towns in Ukraine, Chernivtsi brims with young people, drawn by a renowned university with such impressive, 19th-century architecture that it figures on UNESCO’s World Heritage List. Along many of Chernivtsi’s blocks, elegant apartment buildings left over from Bukovina’s glory days as part of the Austro-Hungarian Empire and mosaic-decorated Orthodox churches invite admiration.

The university’s historic buildings, which include a domed church, were initially the Residence of Bukovinian and Dalmatian Metropolitans, referred to by locals simply as “The Residence.”

Guided tours in English are offered. We tagged along with a group of Chinese-speaking visitors, starting at the church and ending on a terrace with a sweeping view of manicured lawns, a favorite photo-shoot place for brides and grooms.

Wanting to learn some Ukrainian, we enrolled in daily private lessons taught by one of the university’s professors for a modest fee. Mastering some basic vocabulary came in handy when we took taxis _ an inexpensive way to see the farther reaches of Chernivtsi, although most sights are easily walkable.

Thoughtfully, urban designers generously added public benches. They dot Central Square, in front of City Hall, where, each day a trumpeter sounds the hour at noon on a clock tower which in olden times was a watch tower for fires. Benches also line the paths in Shevchenko Park, named after the 19th-century Ukrainian poet and writer. With tall, leafy trees providing a canopy, the rambling park includes an amusement section with rides that resound with the gleeful squeals of children.

Unquestionably, the most sought-after benches are those studding pedestrian Kobylianska Street, the pulsating heart of Chernivtsi. Cooled by strategically placed shade trees, the wooden seats quickly fill up with lovers, families, and elderly couples and neighbors.

Cobblestoned Kobylianska Street is lined with cafes, a souvenir store with a backroom filled with Bukovina artists’ artwork, an ice cream parlor and a pastry shop with delectable confections, coffees and pitchers of boiling hot tea.

Just down the block from the university, we dined in a restaurant featuring Jewish cuisine based on centuries-old recipes, and with decor reminiscent of a Viennese cafe. A trio of musicians entertained patrons. Also playing were grainy images of old Chernivtsi, projected on a wall, a poignant reminder of a people who so enlivened and enriched the city but are no more.

Descendants of Bukovina’s Jews are trying to make their history known and appreciated. One crowning effort was the opening, a few years ago, of a tiny museum of Jewish culture that is filled with artifacts, photos and other documentation.

Here in western Ukraine, the conflict in the eastern part of the country seemed far removed. The only public attention to it that I noticed was a small concert one evening on Kobylianska Street, where a container was placed on the cobblestones in case anyone wanted to donate to the cause of those fighting for Ukraine. (A nation of 45 million, Ukraine is also now the focus of a U.S. impeachment probe after President Donald Trump urged its leader in a July phone call to “look into” a political rival.)

Low-storied residential and commercial buildings, in pastel shades of pale apricot, sea green, dusty rose and buttery yellow, lend a fairy-tale air to the city. A modernistic metal sculpture depicts a street-cleaner with long-stemmed roses for the bristles of his broom.

I thought the restaurants, many with outdoor seating, along Kobylianska Street were pricey by Ukraine’s standards. One evening, I ducked down a driveway between buildings and stumbled on a country club with outdoor pool, tennis court, bar and restaurant. We ordered plates of an upscale presentation of varenyky, Ukrainian dumplings. Some were stained purple with dough soaked in beet juice. Each dumpling was stuffed plump with ground meat.

Our No. 1 food place became a takeout grocery on a hilly side street where I had noticed a procession of locals lining up at the counter. Soon we were joining the line for miniature cabbage rolls stuffed with meat, onions and raisins; fresh cucumber salad; and delicious kasha, perfectly cooked so each of the buckwheat grains were separate and not mushy.

For less than $3 apiece, we had breakfast every morning at our hotel: made-on-the-spot blinis, fluffy scrambled eggs, and that staple of so many Eastern European breakfasts _ tangy and firm tomatoes with crisp and tasty cucumbers. I never woke up eager to eat cucumbers until I came to Chernivtsi.

Residents from the countryside come to town to sell their products. An elderly woman in kerchief and apron spread a cloth on the sidewalk to display a few scallions and bottles of milk and yogurt. On another block, a young woman sat next to baskets of freshly picked berries. These variations on ‘’pop up’’ markets also reflect poverty. One day at dusk, at a busy intersection across from the town cinema _ which was once a synagogue _ a frail old woman stood with two bars of soap for sale in her thrust-out hand.

Near the end of our stay, we took a taxi to the weed-choked, sprawling Jewish cemetery on the edge of town. Toppled and tilting gravestones with Jewish religious symbols offer haunting testimony to how much the memory of this once vital community has been relegated to an almost abandoned past. — (AP)