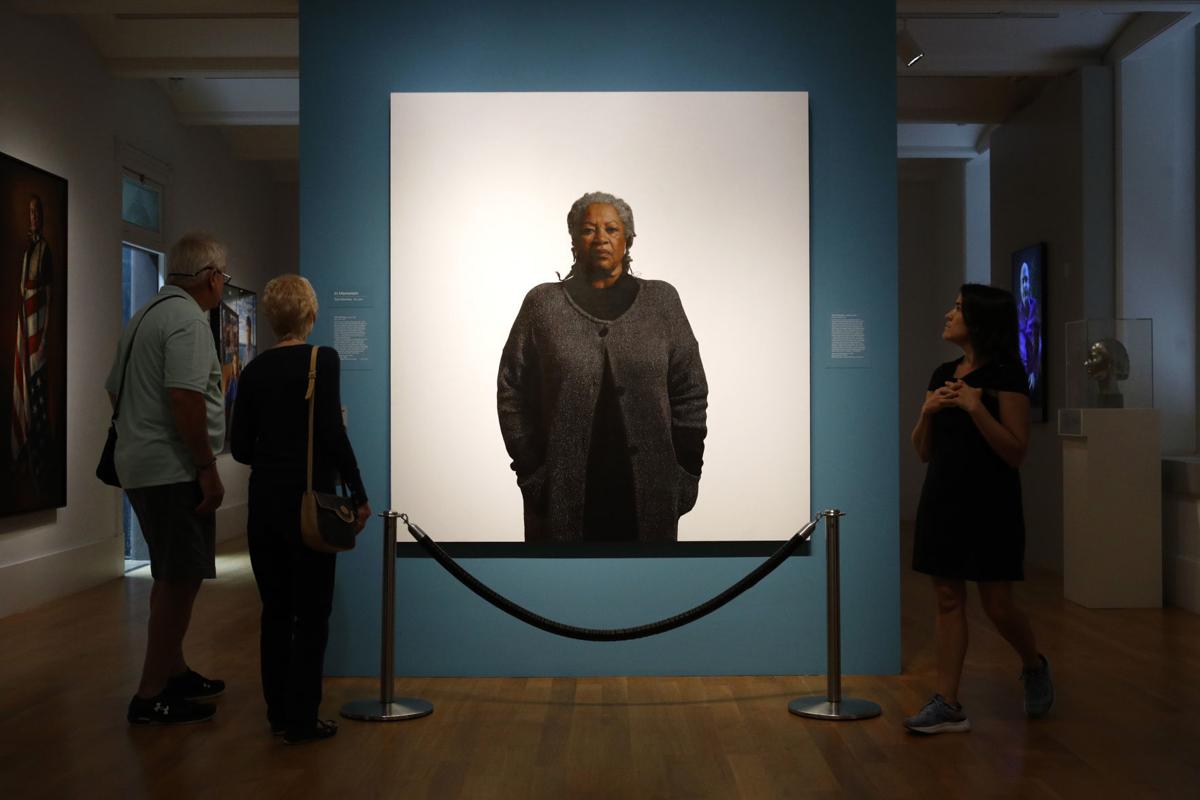 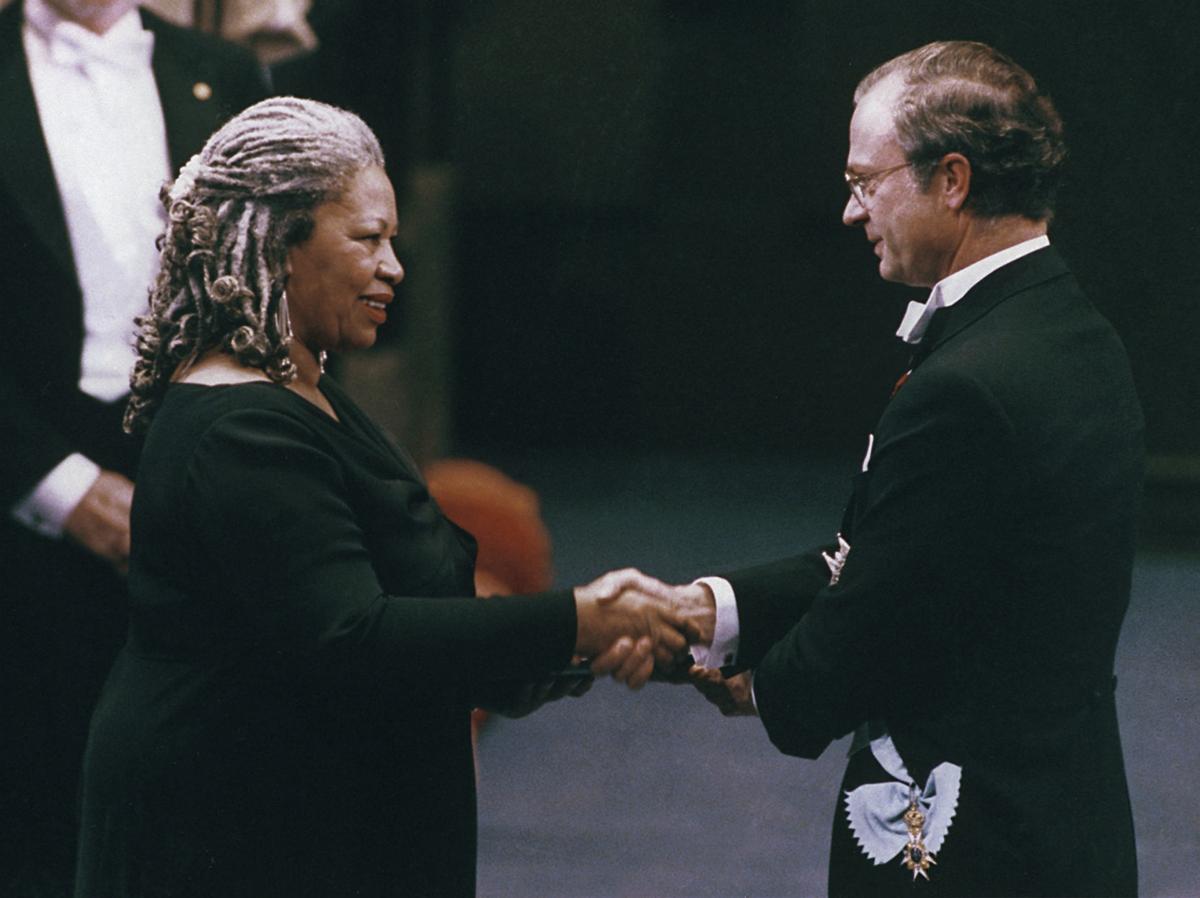 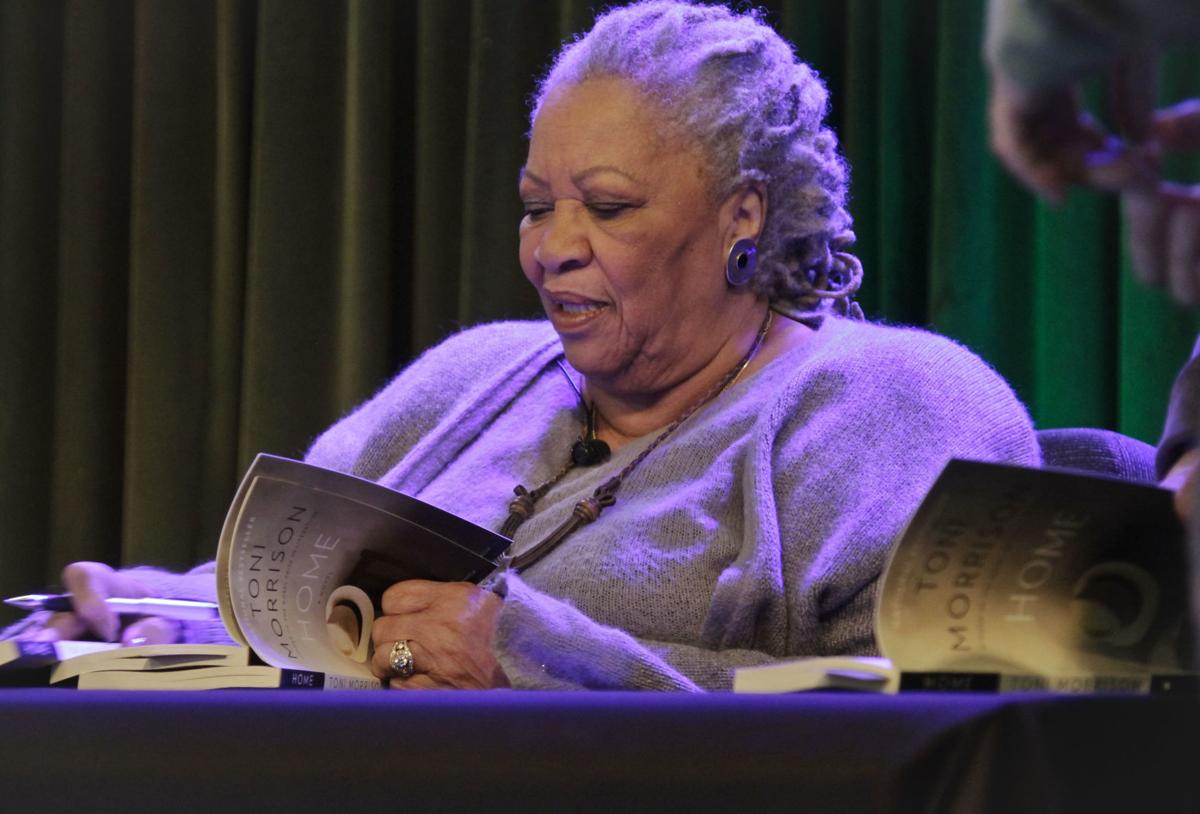 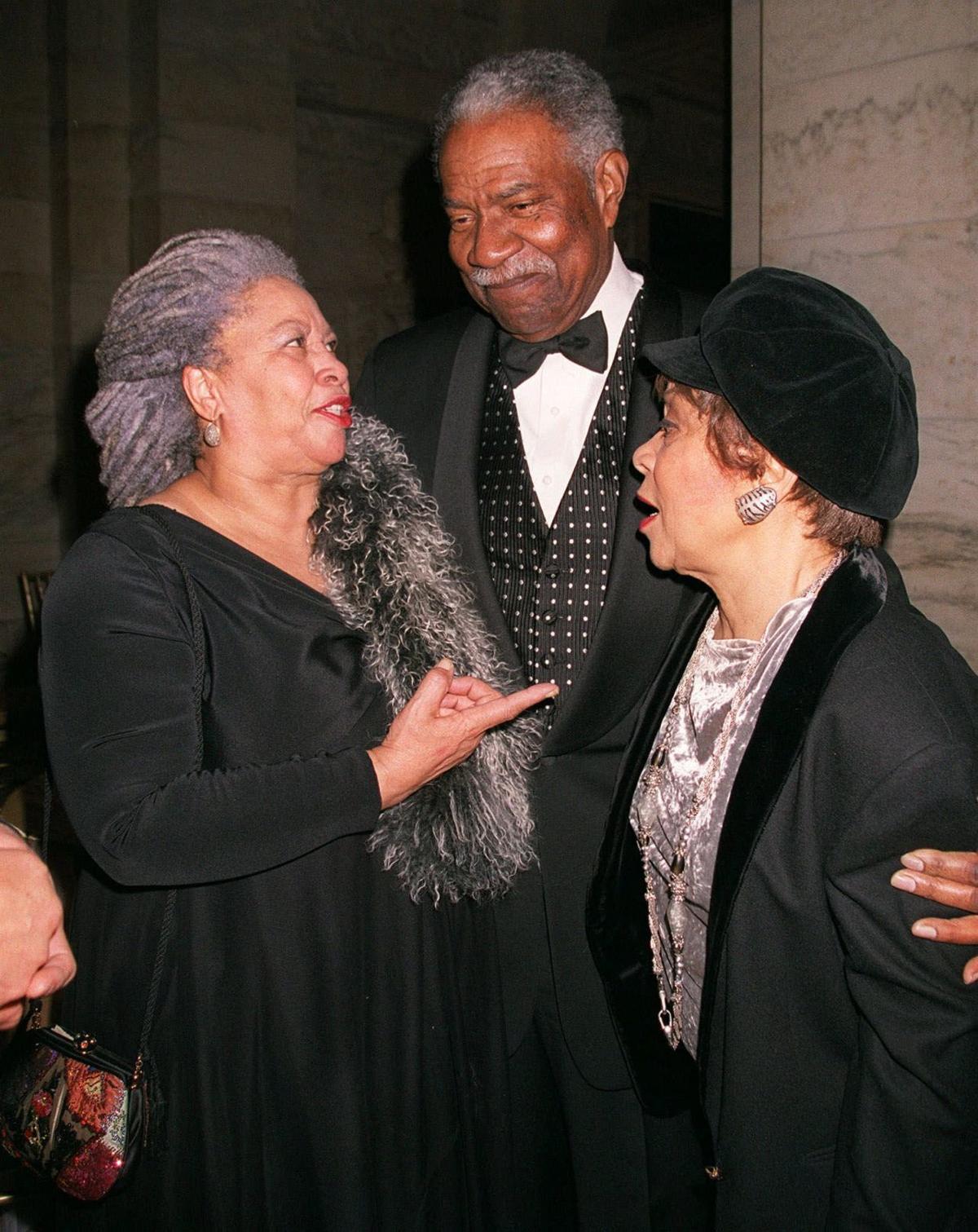 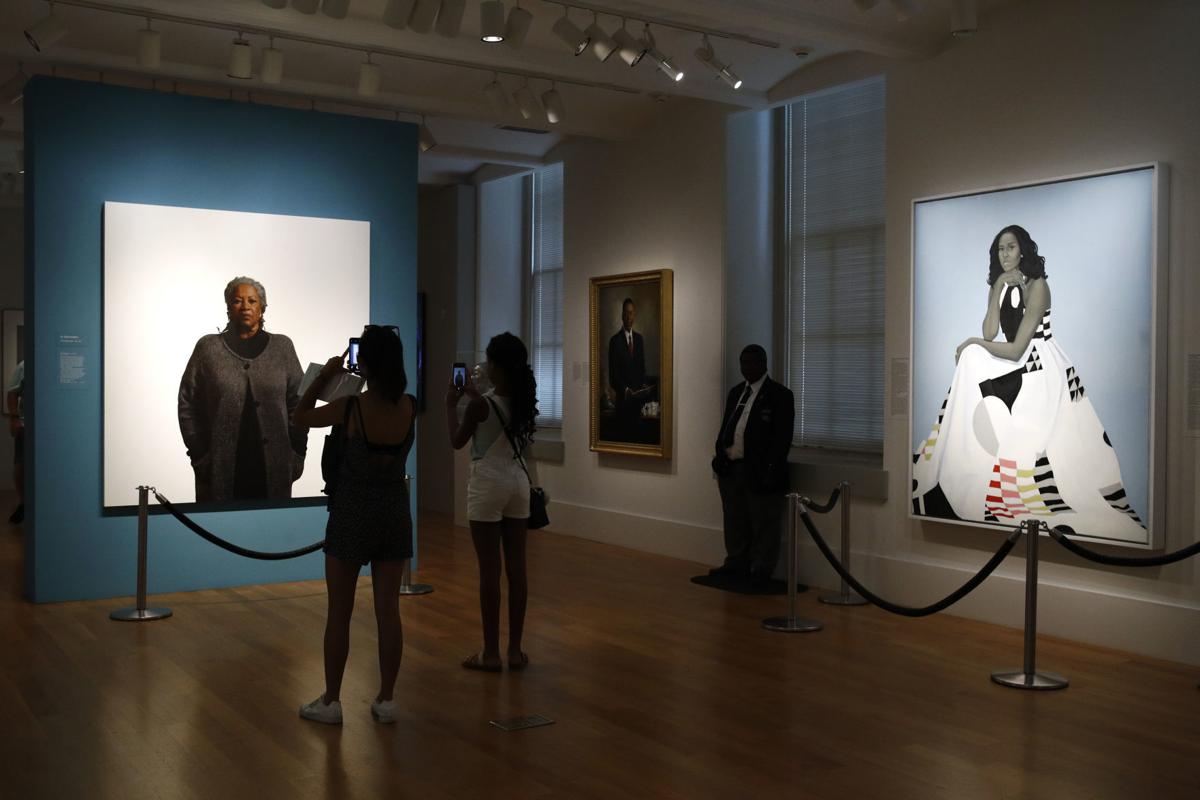 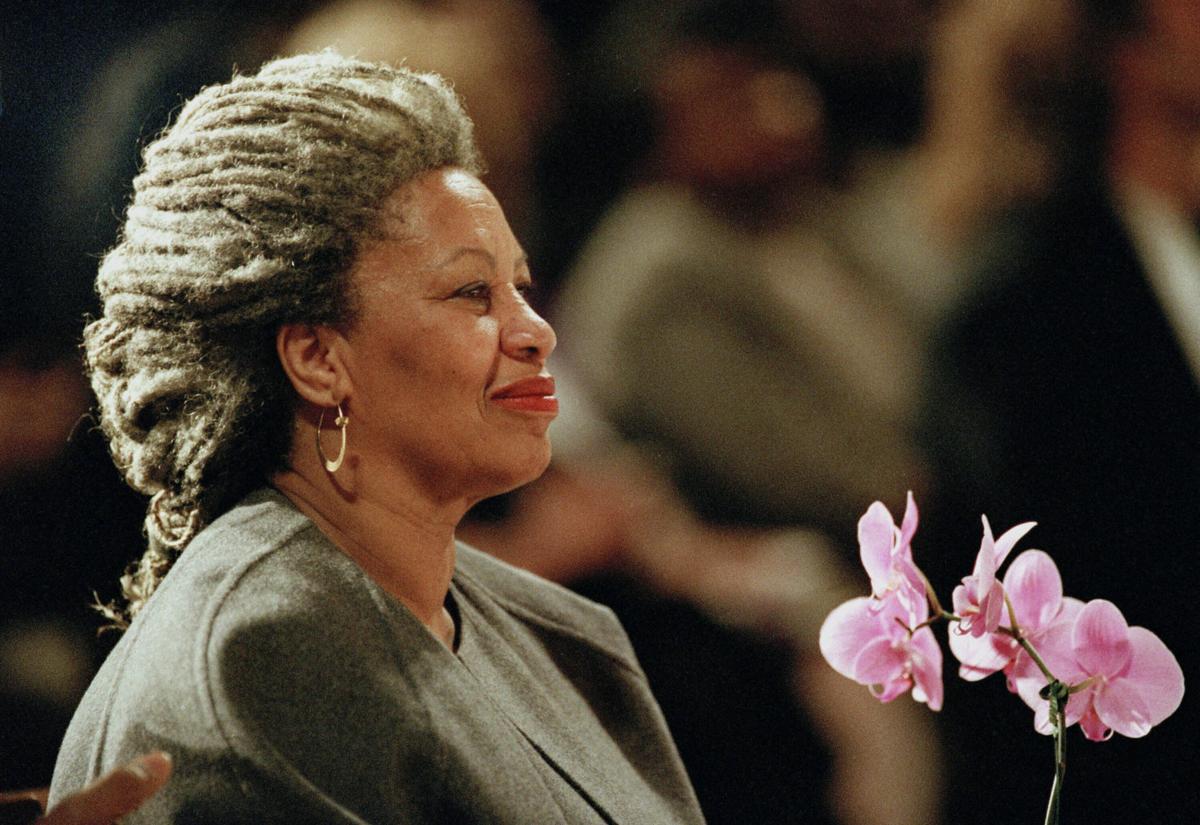 In this April 5, 1994 file photo, Toni Morrison as she holds an orchid at the Cathedral of St. John the Divine in New York. 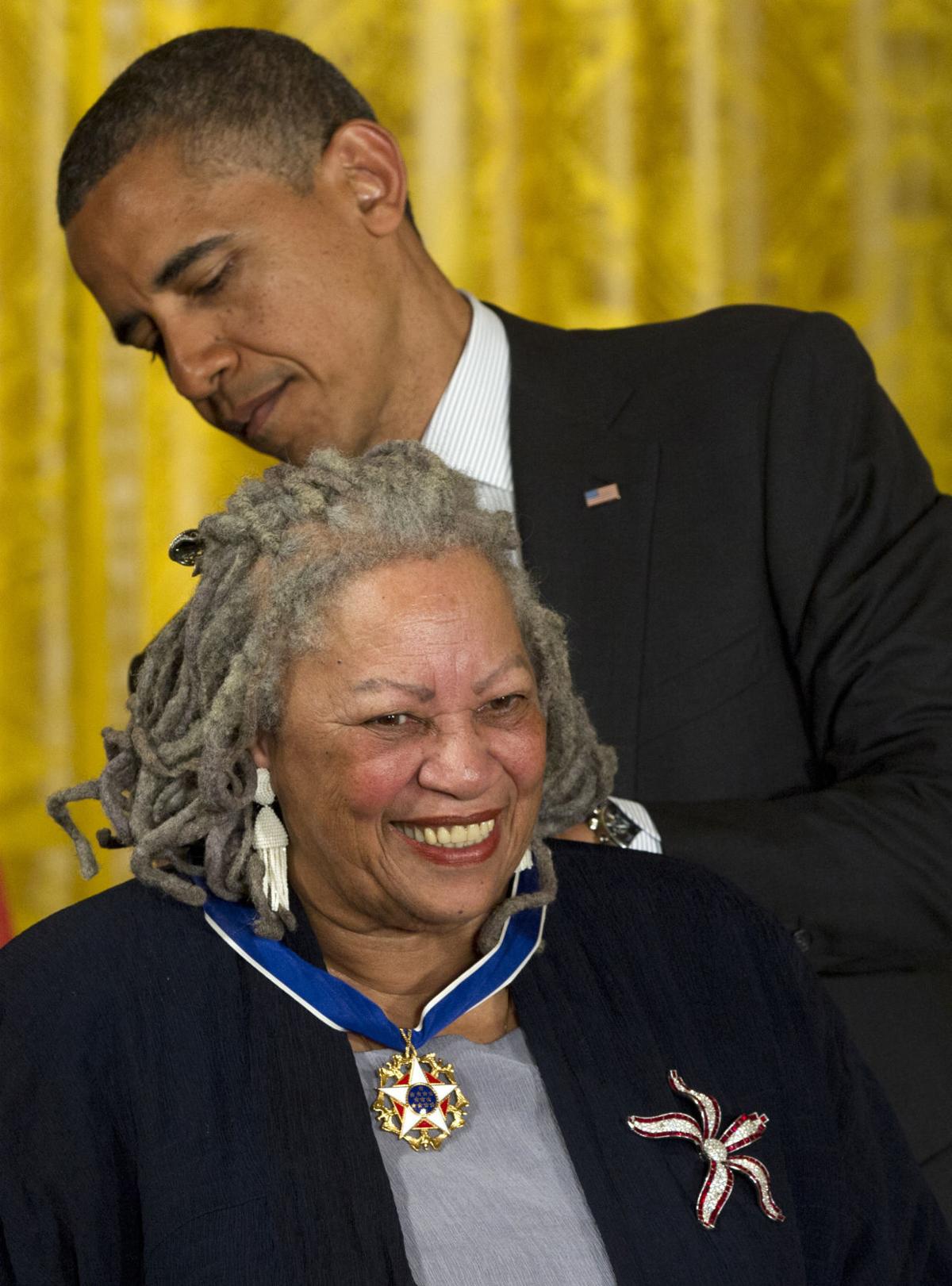 In this May 29, 2012 file photo President Barack Obama awards author Toni Morrison with a Medal of Freedom, during a ceremony in the East Room of the White House in Washington. The Nobel Prize-winning author has died. 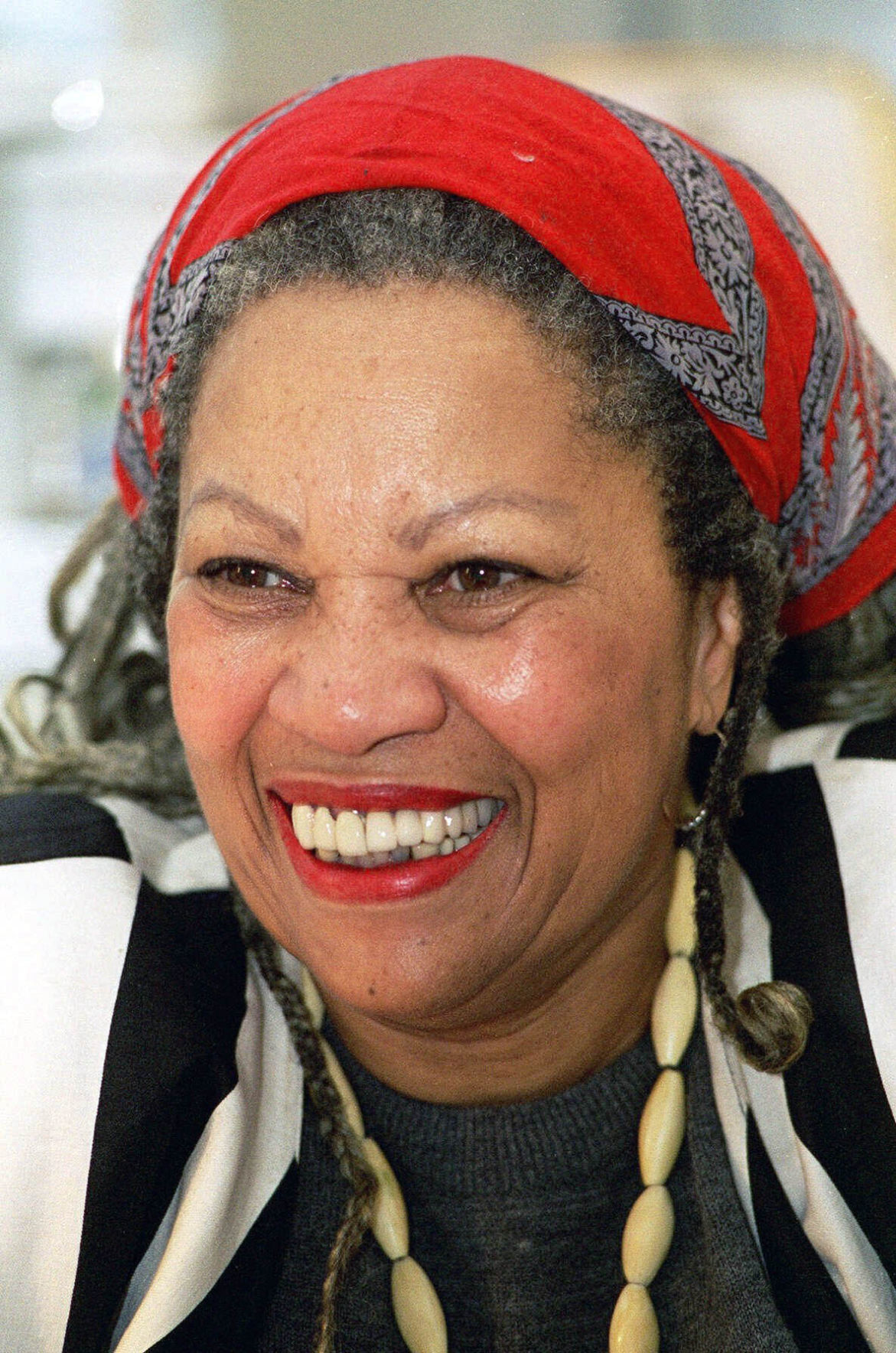 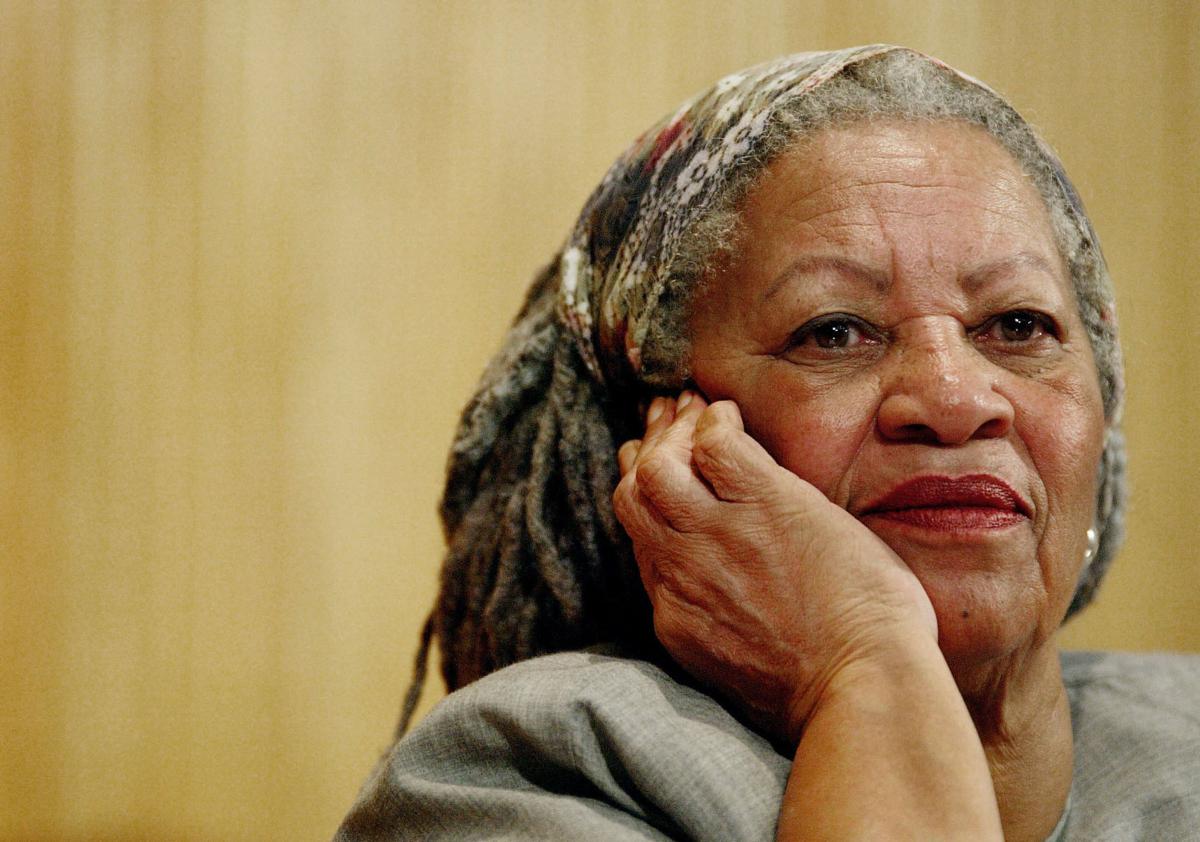 In this April 5, 1994 file photo, Toni Morrison as she holds an orchid at the Cathedral of St. John the Divine in New York.

In this May 29, 2012 file photo President Barack Obama awards author Toni Morrison with a Medal of Freedom, during a ceremony in the East Room of the White House in Washington. The Nobel Prize-winning author has died.

As the first African-American woman to win the Nobel Prize in Literature in 1993, Morrison wrote 11 novels, three children books and several literary essays.

She began her career in literature in 1963 as a book editor for a scholastic imprint of Random House but took up writing to tell the stories she didn’t see being told.

Temple University Africology and African American Studies Reference Librarian Latanya N. Jenkins says she believes that Morrison should be lauded not only as an author but as a trailblazer.

“Promoting the African American experience, showing that there were other diverse stories out there and that other people should be able to articulate that, in and of itself, shows why she should be celebrated. That’s also why so many people enjoy her work, they pick up examples of how they can then share their own stories,” she said.

Haverford Township Free Library Youth Services Manager Rachée Fagg says she found a sense of magic in Morrison’s works that she didn’t get from other authors.

“She didn’t just write words on a page. Her work was more lyrical and poetic. It made you stop, digest those words and really think about how those words related to you at that point in your life too,” she said.

For Fagg, Toni Morrison was more than just an author, she was an inspiration.

“I like that she wrote about Blackness and being Black with such pride. She did so unapologetically, which was amazing for me, especially at a time when I didn’t know who I was or what I was and was trying to figure out what it meant to be a Black girl in this world,” she said.

Fagg says she believes Morrison’s success is due to the author staying true to herself and her culture.

“At a time where and even now, most books show people that do not look like us, Toni Morrison was someone that really believed that Black people are good,” she said. “Black people are beautiful. Black people are worthy, necessary, needed and complicated. She could write about all different kinds of situations and you could see yourself in the characters.”

Morrison was more than a Pulitzer Prize-winning author, poet and matriarch. For so many of her readers, she was a light in the dark. Her legacy reached far beyond her written word and showed us that sharing our stories can have a lasting impact.

“At this time period and with what’s going on in the world, hearing the stories of other people can help make us more compassionate. Learning about other people is very critical in being more empathetic,” Jenkins said.

Being a CEO, entrepreneur, World Series champion shortstop and Miami Marlins co-owner has caused Derek Jeter to know a thing or two about what…

A new project at Eastern State Penitentiary aims to go beyond the prison walls to examine the impact of incarceration on prisoners, their fami…