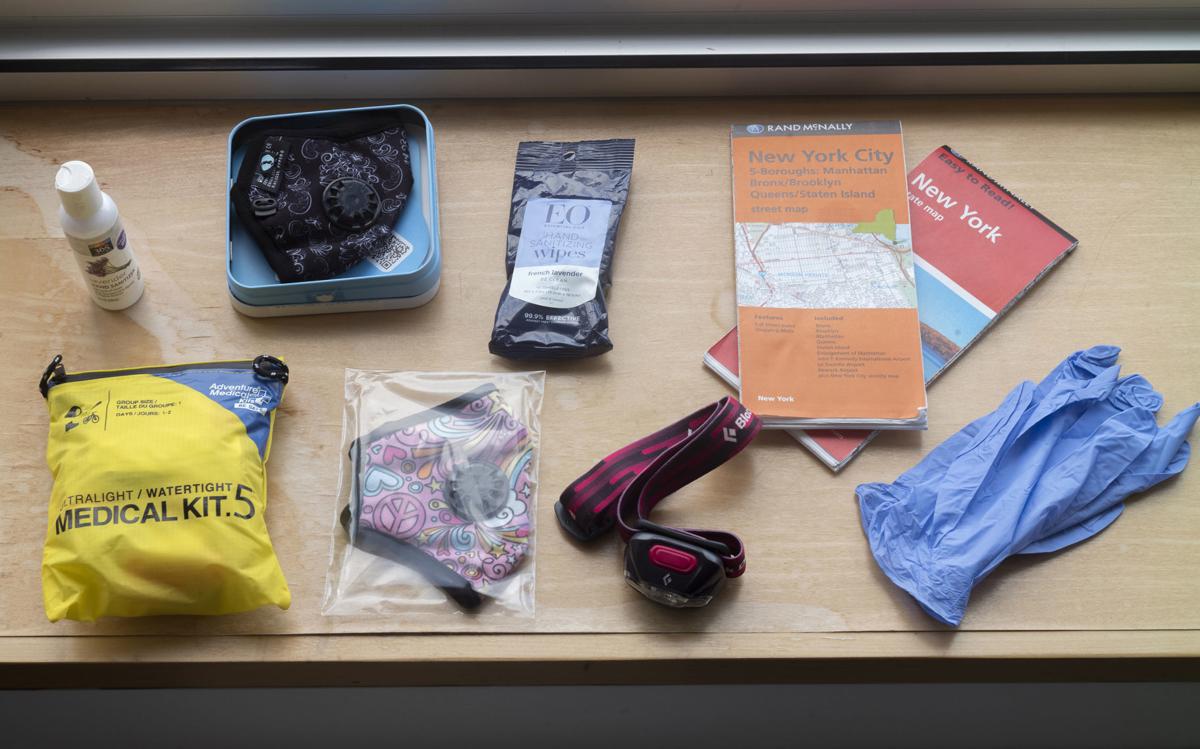 Some of the items that Anna Maria Bounds, a professor and urban sociologist at Queens College of the City University of New York, finds important to have in a safety kit, including masks, hand wipes, gloves, a headlamp, sanitizer, a medical kit, and maps. 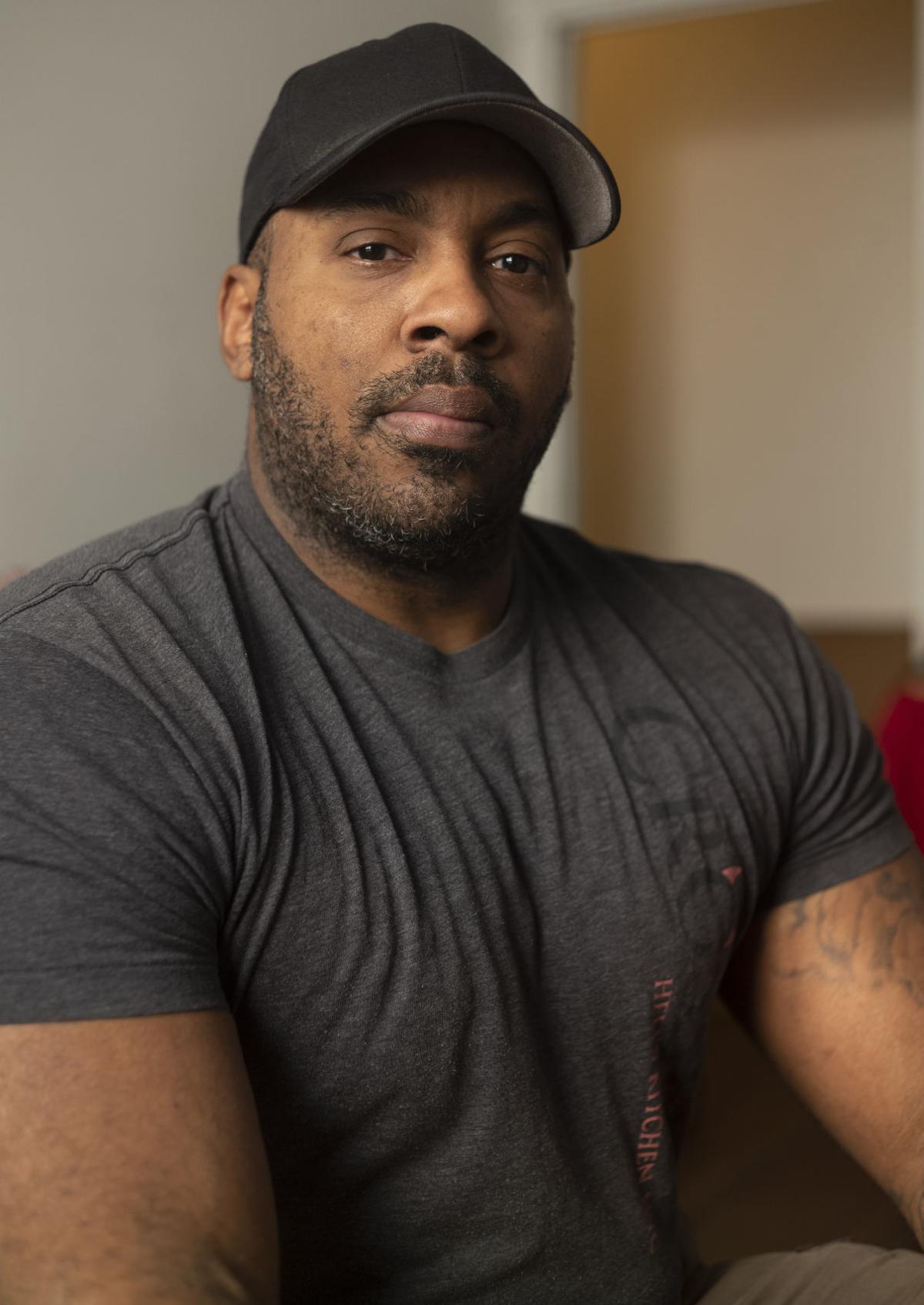 Some of the items that Anna Maria Bounds, a professor and urban sociologist at Queens College of the City University of New York, finds important to have in a safety kit, including masks, hand wipes, gloves, a headlamp, sanitizer, a medical kit, and maps.

For weeks, millions of people have faced a new, dread-inducing question as coronavirus cases have mounted around the world: How do you prepare a home to get through a pandemic?

But the question is not so new to preppers, a loosely knit, occasionally mocked group, whose name comes from its members’ shared philosophy: They prepare, often intensely, for all kinds of calamities.

With a widespread shutdown of cities and a panicky rush across the United States to buy supplies, preppers have watched with a mix of stoicism and concern. Some even feel a flicker of hope that these events will change people’s associations with prepping — from doomsday bunkers to well-stocked pantries.

“Preppers are kind of the laugh line until they need us at the front line. That’s what it feels like watching this thing take place,” said James Walton, the owner of the Virginia-based Prepper Broadcasting Network, which produces eight podcasts, including “I Am Liberty” and “Secrets of a Survivalist.”

“I sympathize with the average person,” he added. “It’s just my goal to prioritize this thing a little more.”

From California to Texas to New Jersey, preppers who have been planning for years, if not decades, are urging other Americans to take a more methodical approach to their preparations.

As the coronavirus spread, the New York City Preppers Network met this month to discuss the outbreak. The group’s leader, Jason Charles, has posted regularly about basic precautions on social media.

“I tell people all the time, ‘Don’t be nervous; this is not the time to panic,’” he said in an interview. “This is why we get ready. This is our wheelhouse.”

Preppers also say that the panic buying that has drawn headlines in recent days — toilet paper shortages in Pittsburgh, hordes of shoppers at California Costcos and elsewhere — has very little in common with what they do.

“I call this the nonsensical hoarding phase,” said Ben Hansen, the chief of media for PrepperCon, a semiregular assembly outside Salt Lake City. “It’s when people say, ‘We’ve got a hurricane coming and the power might be out,’ so they start stocking up the essentials.”

The essentials can make sense, depending on the perceived threat — it’s better to buy water and fill up the gas tank in the last days before a hurricane than not to do it at all.

The biggest U.S. retailers say that the supply chain remains intact, and that they have been ramping up to meet demand — including for toilet paper, which is sometimes scarce even though the U.S. health secretary, Alex Azar, has called it “not an effective way to prevent getting the coronavirus.”

One general supply company popular with preppers, WaterPrepared, is having a hard time keeping up with orders, said its vice president, Mallin Brough. He said the spike in purchases compared only to Ebola’s arrival in the United States in 2014.

“When it’s unusual, something that people haven’t seen before, it causes these kinds of upticks,” he said.

But a rush to stores happens with every tremor and storm warning, said Jeff Midgley, the owner of TNT First-Aid, a company that sells emergency equipment. (His home is prepared for “a minimum of two years,” he said.)

“I’ll get orders where they want overnight shipping a day before a hurricane, and I’ll have to say, ‘You’re too late,’” he said. “It’s pretty crazy, people’s lack of planning.”

Several preppers said they were concerned less about the virus than disruption to social services, and the confusion caused by mixed messages from the government.

Bounds, the author of a book on city prepping, said that preppers were largely split into two very different groups: the super rich, who can afford panic rooms and hideaways, and middle-class people with day jobs such as firefighters, real estate agents and everything else.

“More mainstream people are doing this than I think people realize,” Bounds said. (Her apartment is prepared for “two weeks, easy.”)

He said that preppers cut across all demographics and politics, adding, “I think it’s kind of a perfect time for people to start paying attention to their prepper neighbor.”

Several preppers said they hoped that concerns about the coronavirus outbreak would raise awareness about preparedness, and that preppers would lose the associations that comes with outlandish characters on reality TV.

“A couple wrong turns,” said Walton, the podcaster, “took emergency preparedness and turned it into a joke.”

But some preppers, like Charles of the New York network, do not expect the general public to embrace their “doom and gloomish” perspective — even if, for now, they appreciate the preppers next door.

“As soon as this passes, we’ll be the stupid people preparing again,” he said.

“We preppers see the world for what it is — the hard world, the true world,” he said. “We’re always going to look crazy because we live on the realistic plane. Everyone else who doesn’t prepare, they live in an imaginary world.”

How long will Americans be fighting the coronavirus?

WASHINGTON — In a matter of days, millions of Americans have seen their lives upended by measures to curb the spread of the new coronavirus.