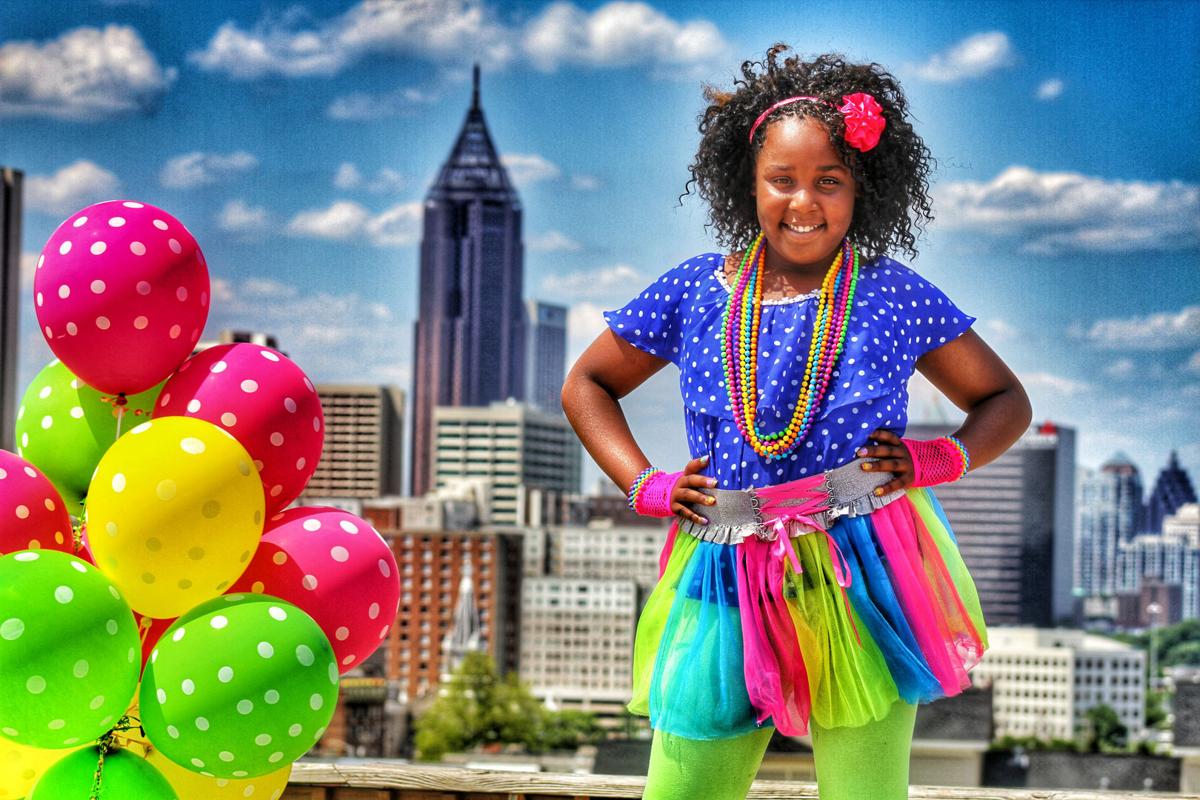 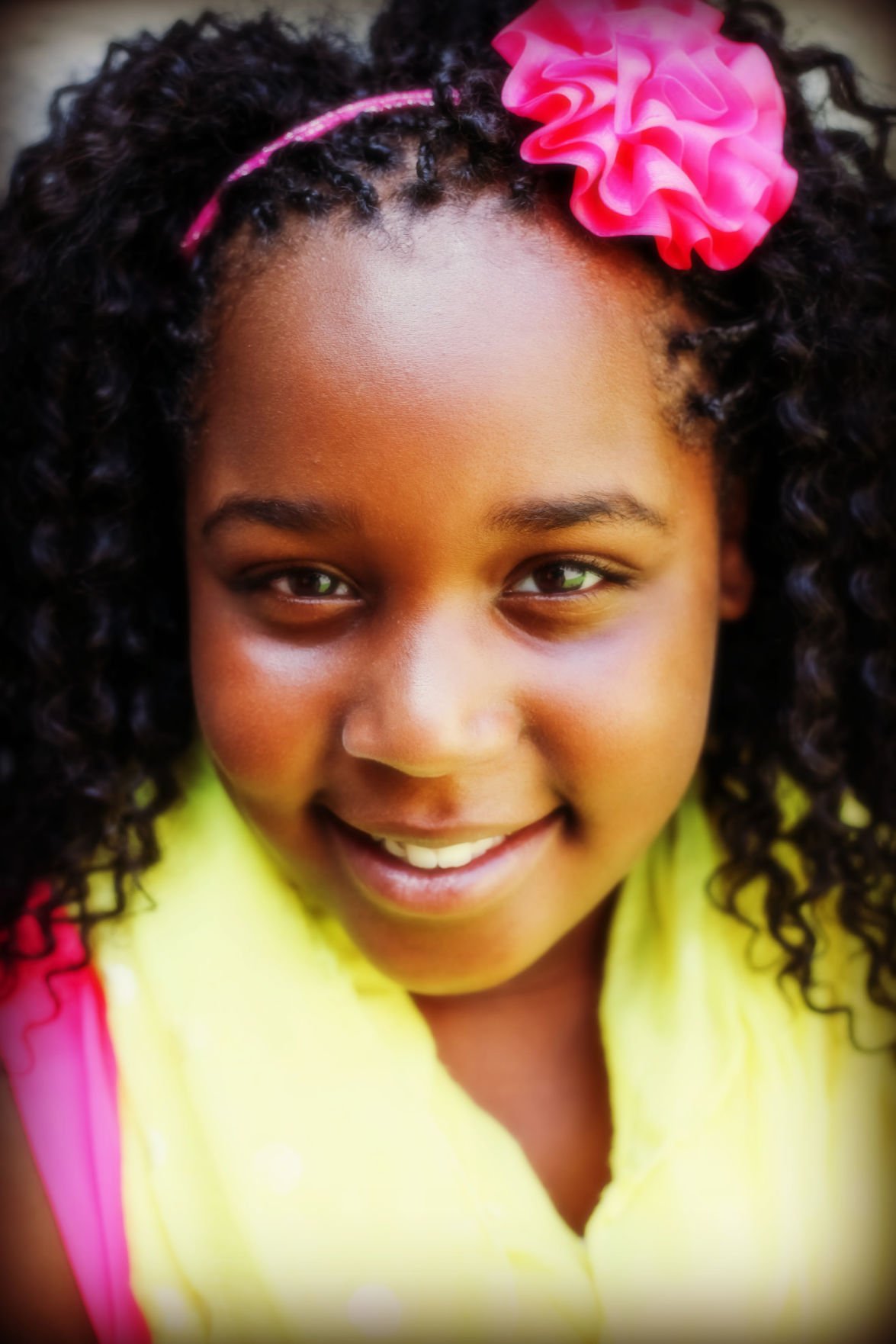 Brown Girl Magic conference founder Mikaela Smith sounded like a bubbly young teen in a phone interview with the Tribune just a few days before the conference would take place.

The 13-year-old entrepreneur spoke in superlatives about the inaugural conference, which took place in Atlanta on Sunday.

Guests could expect “a kidpreneur [kid entrepreneurs] panel with awesome kidpreneurs and just awesome speakers, awesome food and an awesome time,” Mikaela gushed Wednesday before the conference, which was two years in the making.

Mikaela established the Brown Girl Magic conference to uplift and empower Black and Brown girls, especially those who may struggle with self-confidence. She chose Brown Girl Magic instead of Black Girl Magic to be inclusive of all girls of color.

But the event, which featured celebrity guest speakers and was sponsored by the Black-owned hair company Curls, was inspired by criticism Mikaela received on her appearance while working as an actress that made her question her own worth.

“What really inspired Brown Girl Magic is the society we live in today, where we’re just told we can’t do it, and people tell us our hair is too ugly and we’re too dark and we need to be a size two,” Mikaela said on the phone from Atlanta where she lives with her mother. “And I’m just tired of that.”

Mikaela said that when she’d try out for roles, casting would ask for lighter skinned and smaller girls.

“They weren’t looking for bigger girls and stuff like that,” the teen said. “It made me sad. I really questioned myself like, ‘Am I not beautiful? What am I doing wrong?’”

Her mom, Kia Morgan-Smith, a Philadelphia native and former Tribune reporter, said she was hurt that her daughter was experiencing those things, but had also dealt with bullying. So when the time came to support Mikaela’s dream of creating the Brown Girl Magic conference.

“It was a no-brainer for me to support,” said Morgan-Smith, who is now a teacher. “I’ve dealt with the bullying, I’ve dealt with being called all kinds of ugly names and it was the norm and that was not okay. But this is a different day and a different time, and we’re going to change the tide on that to make all our Brown girls feel loved.”

And on the Monday following the Brown Girl Magic conference, she said that’s exactly what happened.

About 160 guests attended the conference, which was at capacity, to participate in a vision board party, receive gift bags sponsored by Curls and witness what Mikaela’s mother said was the most shining moment during the conference: The Kidpreneur panel.

“[Y]ou had these four remarkable little girls who are business owners and they were speaking so intelligently and so wonderfully about their businesses,” Morgan-Smith said. “And you’re looking up here at Mikaela who, this is her organization, moderating a panel.”

Brown Girl Magic isn’t the first initiative Mikaela sparked. After reading “Chicken Soup for the Preteen Soul,” the seventh-grade student was inspired to give back to her own community. She created Mikaela’s Crazy Knee Socks for a Cause, during which she gave away hundreds of pairs of stylish socks to the homeless.

As for Brown Girl Magic, Mikaela said giving back was still the best part of her two-year conference process.

“When I see girls, they come up to me and they’re like, ‘Thank you. I feel so much better about myself,’” Mikaela said. “It almost makes me tear up.”

Morgan-Smith said this year’s conference was such a success that guests were already asking about next year. Going forward, they plan to have an ice cream social for the girls to dress up, eat ice cream, talk self-esteem and keep them connected to one another.

“I’m trying to find the words because it was just that great,” she said. “It was happy, it was cheerful, it was positive, it was inspirational, it was love. There was so much love.”