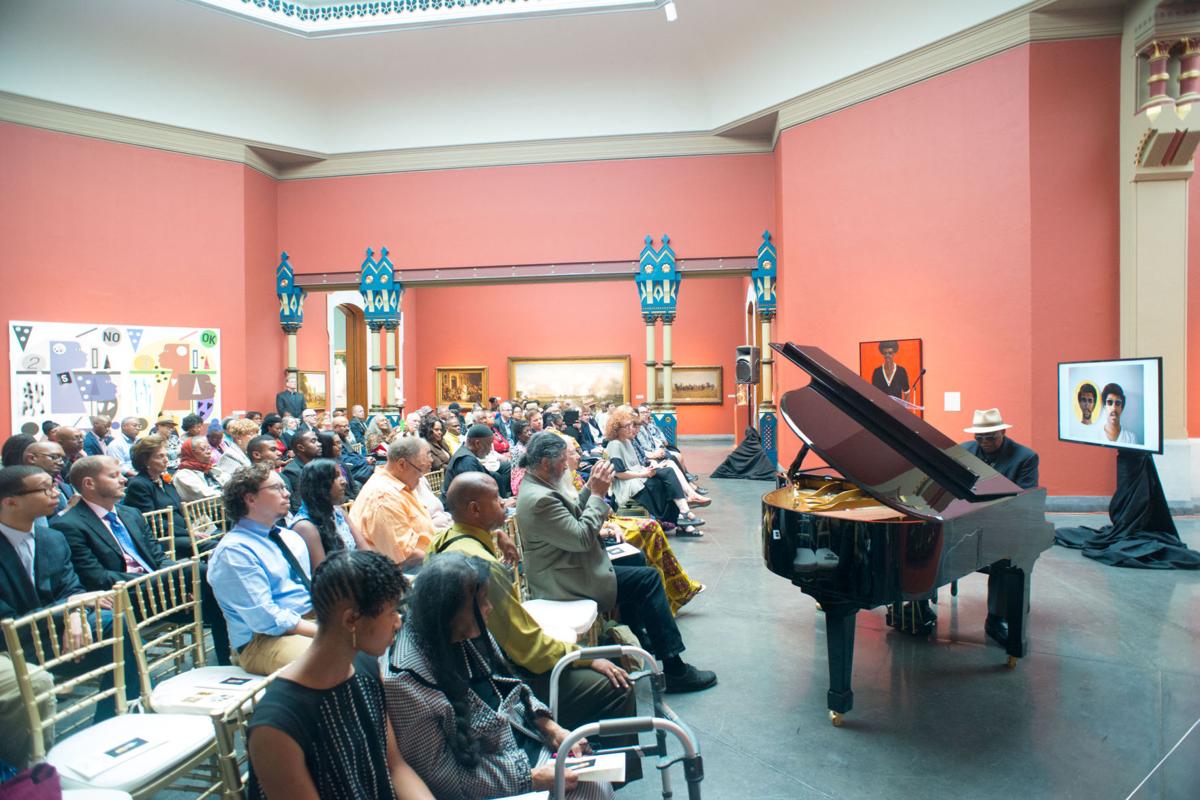 A memorial and celebration of life was held for Barkley L. Hendricks at Pennsylvania Academy of Fine Art on Sunday. 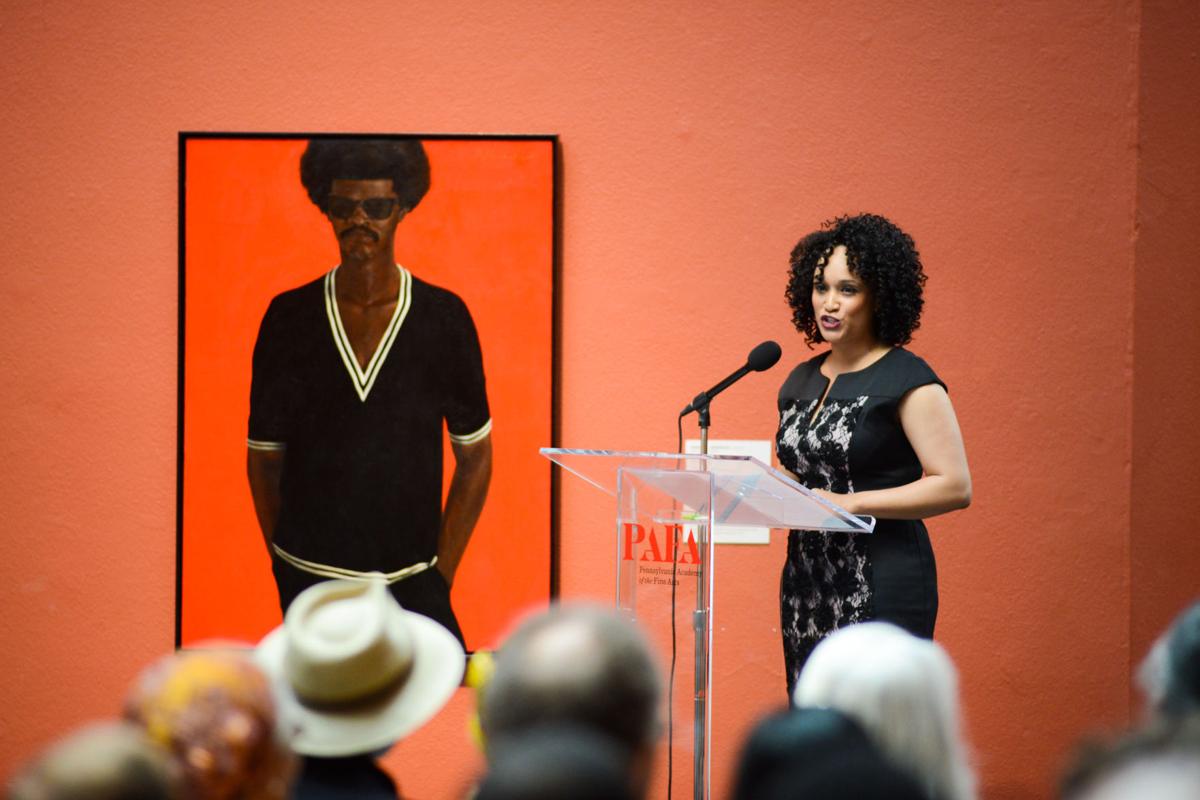 Safiya Songhai spoke about her “Uncle Butch” artwork at the event on Sunday. — Photo by William Thomas Cain/Cain Images for PAFA 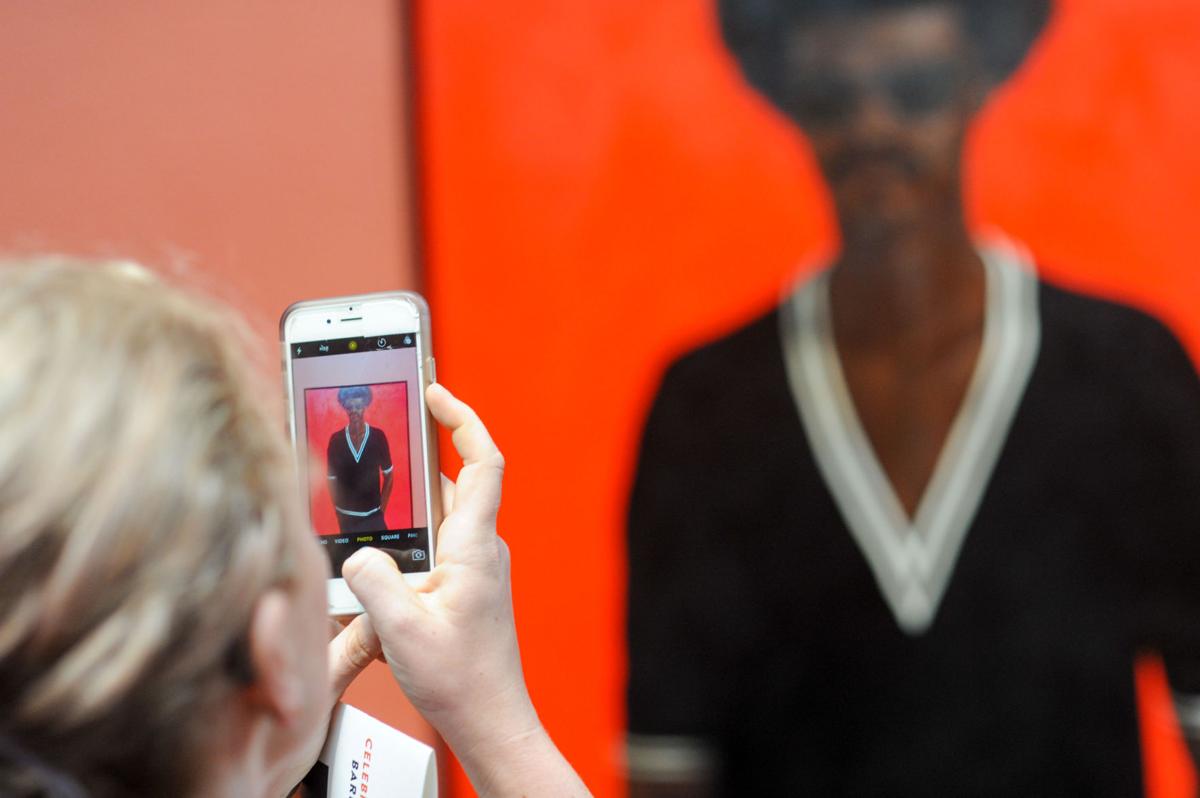 A memorial and celebration of life was held for Philadelphia native and artist Barkley L. Hendricks at Pennsylvania Academy of Fine Art. — Photo by William Thomas Cain/Cain Images for PAFA

A memorial and celebration of life was held for Barkley L. Hendricks at Pennsylvania Academy of Fine Art on Sunday.

Safiya Songhai spoke about her “Uncle Butch” artwork at the event on Sunday. — Photo by William Thomas Cain/Cain Images for PAFA

A memorial and celebration of life was held for Philadelphia native and artist Barkley L. Hendricks at Pennsylvania Academy of Fine Art. — Photo by William Thomas Cain/Cain Images for PAFA

Barkley L.Hendricks, the beloved Philadelphia native and acclaimed figurative painter, was heralded earlier this week during a celebration of life ceremony at his alma mater, the Pennsylvania of the Fine Arts.

As an internationally acclaimed artist, Hendricks made pioneering contributions to painting, and is best known for his commanding and provocative life-sized portraits. He photographed and created realist and post-modern portraits of people that continued until his sudden death last month at age 72.

“When I think of all the people that he has touched and impacted with his body of work, it feels like a supernova has passed,” said his niece, filmmaker Safiya Songhai. In asking family members to stand, Songhai reflected on the impact “Uncle Butch” had. “Like all families, it is hard to bring so many and very big personalities together, but he was able to successfully do that because he was always living his life at the apex. The fact that you were connected to that would just dispel any doubt or negative energy that was getting in your way of achieving your dream. He is one of the only relatives that I have had to pass that I feel in awe of.”

Born in Philadelphia in 1945, Hendricks received a certificate from the Pennsylvania Academy of Fine Arts and a bachelor’s and master’s of fine arts from Yale University. He studied photography before delving into painting — he called his camera “my mechanical sketchbook” — and over the course of his nearly five decades-long career worked in fashion as well.

While Hendricks excelled in the various mediums he embraced, it was his ability to document the lives of people of color who lived in Philly, New York and other urban areas in the northeastern US in the 1960s and ’70s that made him an artist of note.

Richard Watson, the artist in residence at the African American Museum in Philadelphia, was Hendricks’ PAFA classmate.

“Barkley, when he moved to Connecticut to teach at Yale, periodically would call to talk about some things that happened in North Philly and growing up teaching at community centers where he painted a lot of those people that he encountered,” noted Watson. “They became his subjects and neighborhood people never got out of Barkley’s spirit. When you see his work, you see the reflection of African-American culture at it’s finest from the ‘60s on.”

Hendricks was a lifelong jazz aficionado, often creating his monumental artworks with the various musical sounds he’d selected emanating from nearby speakers.

During the memorial, one of the world’s most influential jazz musicians, Randy Weston, recalled his long friendship with the artist and his wife, Susan, and dedicated a solo piano performance to his memory.

“The importance of our people — African American people — and what we have given to this country is just unbelievable,” Weston said afterward. “Barkley is just a perfect example of the great art that came from us, and goes all the way back.”

In 2009, PAFA presented the groundbreaking exhibition, “Birth of the Cool,” Hendricks’ first career retrospective, which included 57 paintings. His work is in the collections of the Philadelphia Museum of Art; the Whitney Museum of American Art and Studio Museum, both in New York; the National Portrait Gallery and the National Gallery of Art, both in Washington, D.C.; the Tate Modern in London; and the Nasher Museum of Art, Durham, N.C., among many others.

Hendricks’ works will be among the featured displays in the upcoming international art exhibition, “Prospect New Orleans’,” which runs from Nov. 11 to Feb. 25, and aligns with the City of New Orleans Tricentennial celebration.