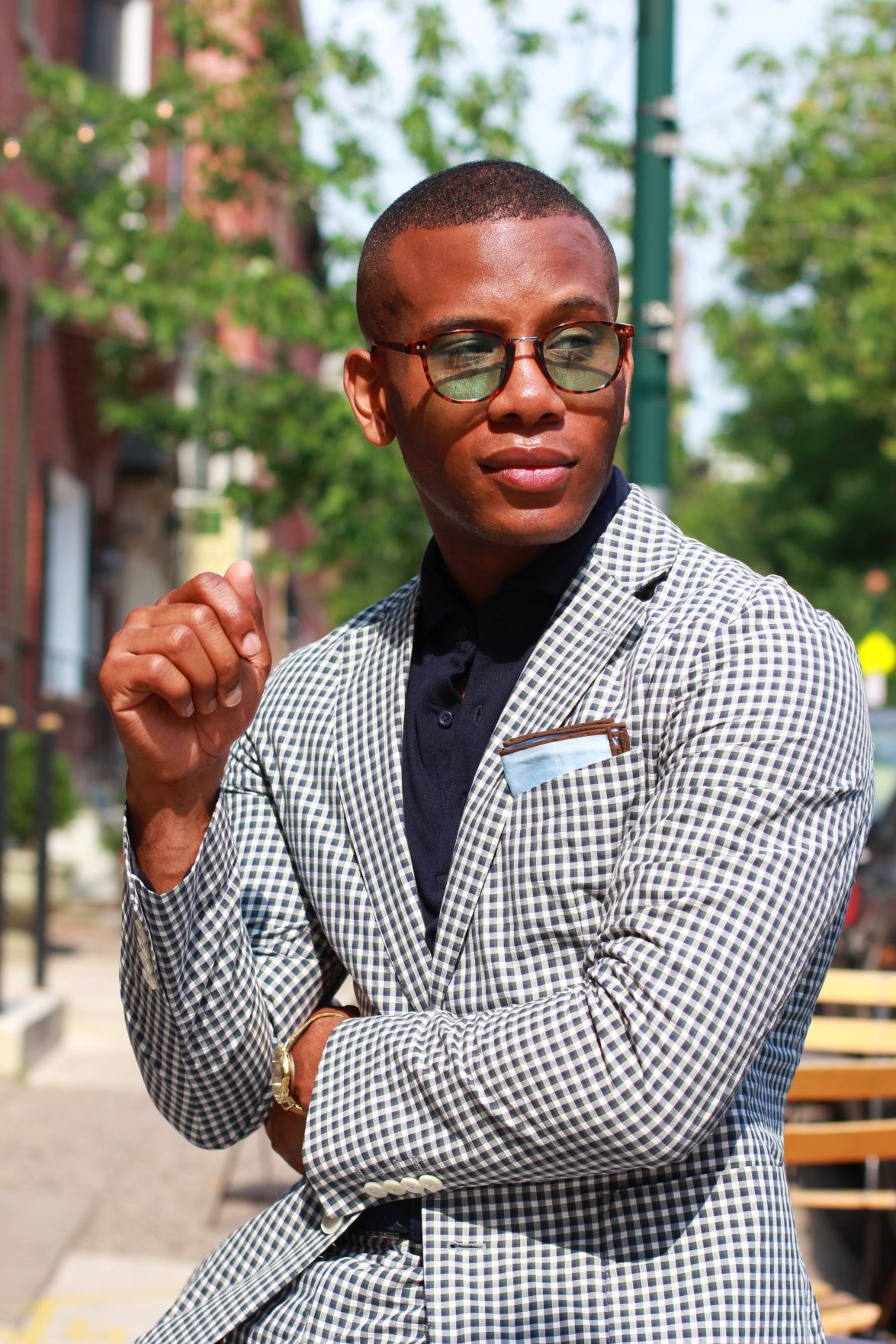 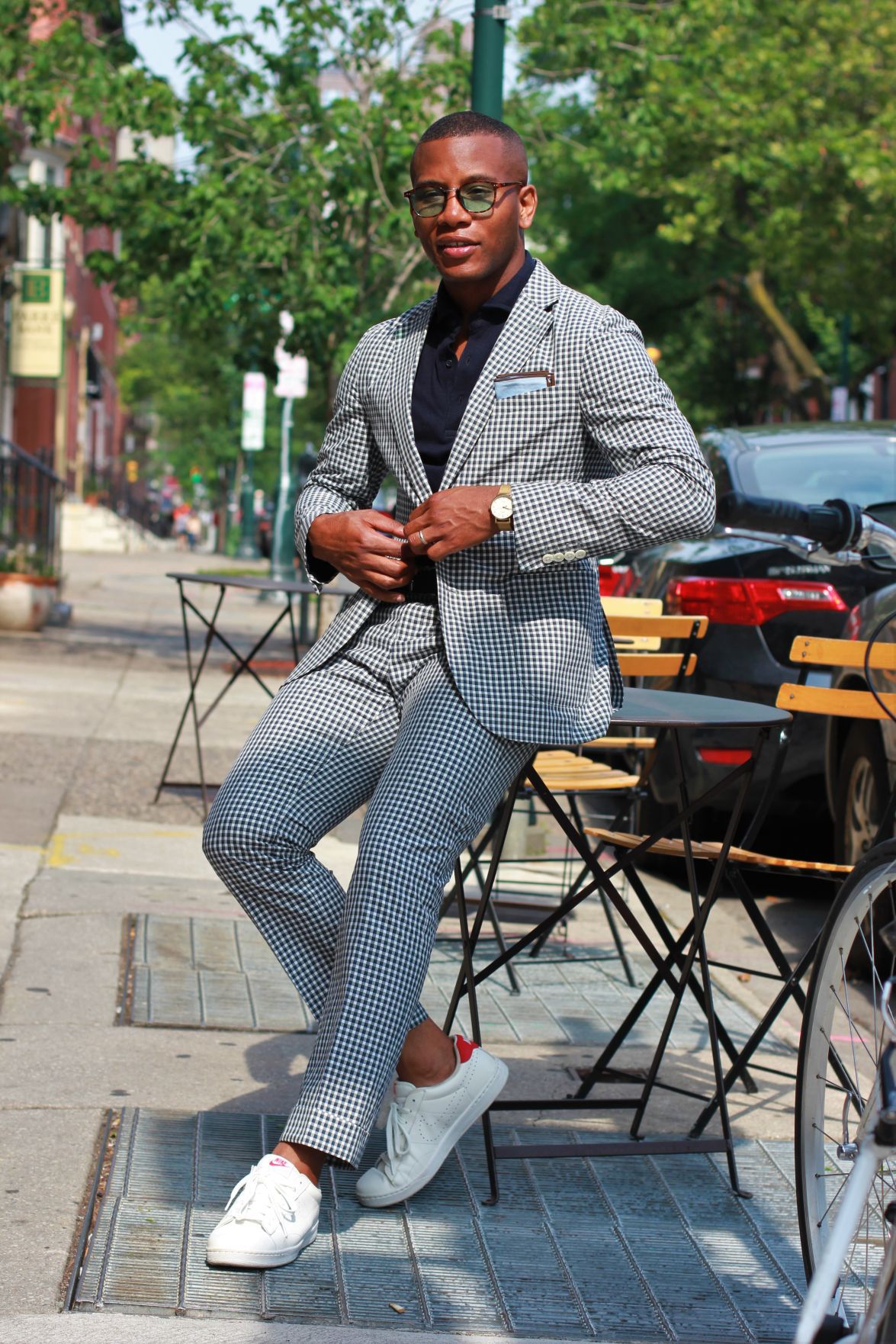 Stylist Sabir Peele was once named as one of the “Five Best Dressed Men in America” by Esquire. — submitted photo

Stylist Sabir Peele was once named as one of the “Five Best Dressed Men in America” by Esquire. — submitted photo

Philadelphia native and style expert Sabir Peele always had an interest in fashion. While attending Central High School, he would design clothes for his friends. It wasn’t until Peele attended college that his passion led to a future career.

“My interest in fashion started when I was younger, but my style really evolved and became more refined when I went to college,” Peele said. “I started reading magazines like GQ and Esquire. I became more interested in the tailored style. It was during my junior year that I honed what my style is today, which is American sportswear with a European design element. I’ve always had a strong affinity for menswear, but I didn’t initially see it as a career path for me.”

Peele was selected as one of the “Five Best Dressed Men in America” by Esquire and GQ’s #GQFall’s Best Dressed, respectively. In 2010, he became the founder and creative director of the men’s style and lifestyle editorial blog-turned-business platform Men’s Style Pro. The online site allows men to go to Peele for practical style advice. Peele is also a freelance brand consultant working with brands and publications like Z Zenga, GQ, Men’s Health, Askmen.com, BIC Razors, and Johnston and Murphy.

“The concept really came from me being featured as one of the Five Best Dressed Men in America by Esquire Magazine,” Peele said. “I just wanted to really build on that opportunity, so I created a menswear platform that gives style advice to men from a normal dude. I wasn’t in the industry, but I had knowledge of what was stylish and what was attainable for guys. The men that come to Men Style Pro are people who are looking to smooth up their style. They are looking for something that is going to change their style of dress by tweaking some things to make their style go to the next level.”

Peele recently partnered with BIC Flex 5 where he will be working with the brand for its “Smooth Up” campaign. The campaign encourages millennials to be a gentleman by defining what their core values are.

“The Flex 5 campaign is really cool because it really makes modern millennial guys look at ways to be more gentlemanly and chivalrous,” Peele said. “The campaign is not just about smoothing up your face, but it’s also about getting your whole lifestyle together. On the smoothing up style though, it’s about the little tweaks and the little things that make you not so slobbish and unkempt. The way guys see themselves now, it’s OK to be clean-shaven or think about your style more.

“The reaction to the campaign has been very interesting so far,” he added. “If you look specifically at Philadelphia, a third of guys said they really think about being clean-shaven more. There are also a lot of guys in Philly who have the bearded look and the Flex 5 razor also relates to that as well. You have the five blades and then you have the edging side. When I had a beard, I still wanted to have a sharp edge for my outline. The Flex 5 was perfect for that. It’s really all about encouraging men to look and be their best.”

In May, 502 Philadelphia-area millennial men participated in the BIC Flex 5 Modern Manners survey conducted by Survata. The purpose of the survey was to found out how many millennial males push themselves to “Smooth Up” in different aspects of their lives, while also defining their own core values of what it means to be a gentlemen. The questions were based around etiquette, dating and personal style.

“It was interesting to see in the survey what millennials valued,” Peele said. “In the survey, millennial guys were saying that for a special occasion or going to work being smoothed up was a big thing for them. Seventy percent of millennial men recognized that being well-groomed is an important part of being a gentlemen.

“Eighty-six percent of millennial guys agreed that the world can be more gentlemanly and chivalrous,” he added. “Guys also prefer face-to-face conversation as the politest way to ask someone out on a date, and dating apps as the least polite way. That is an important core value for guys meeting woman face-to-face.

“When it comes to dating, half of Philadelphia guys think being clean shaven is important for the first date. Making a date laugh and maintaining a good conversation is more important than the classic moves of picking up the check as far as smooth moves go on a date. Guys are also more likely to be smooth for dates and professional things, than a night out with the guys. This survey proves that guys are putting their best face forward for things that are most important to them.”