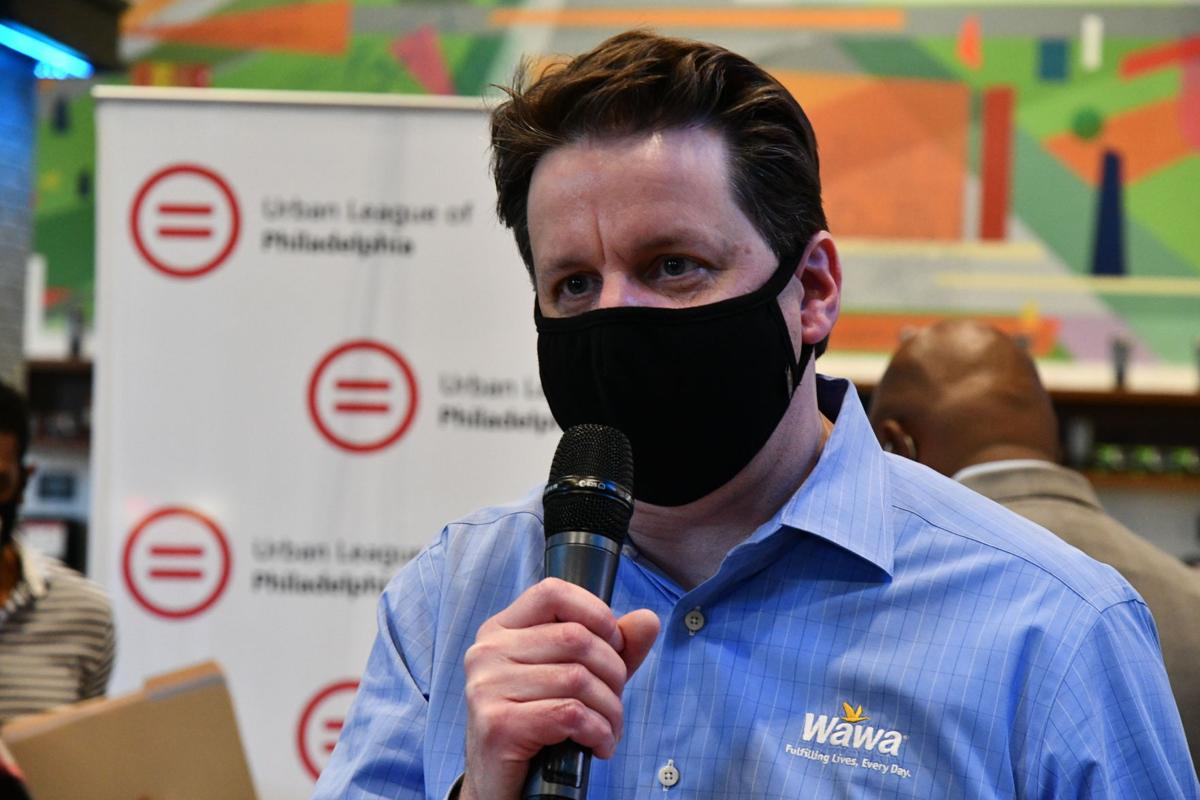 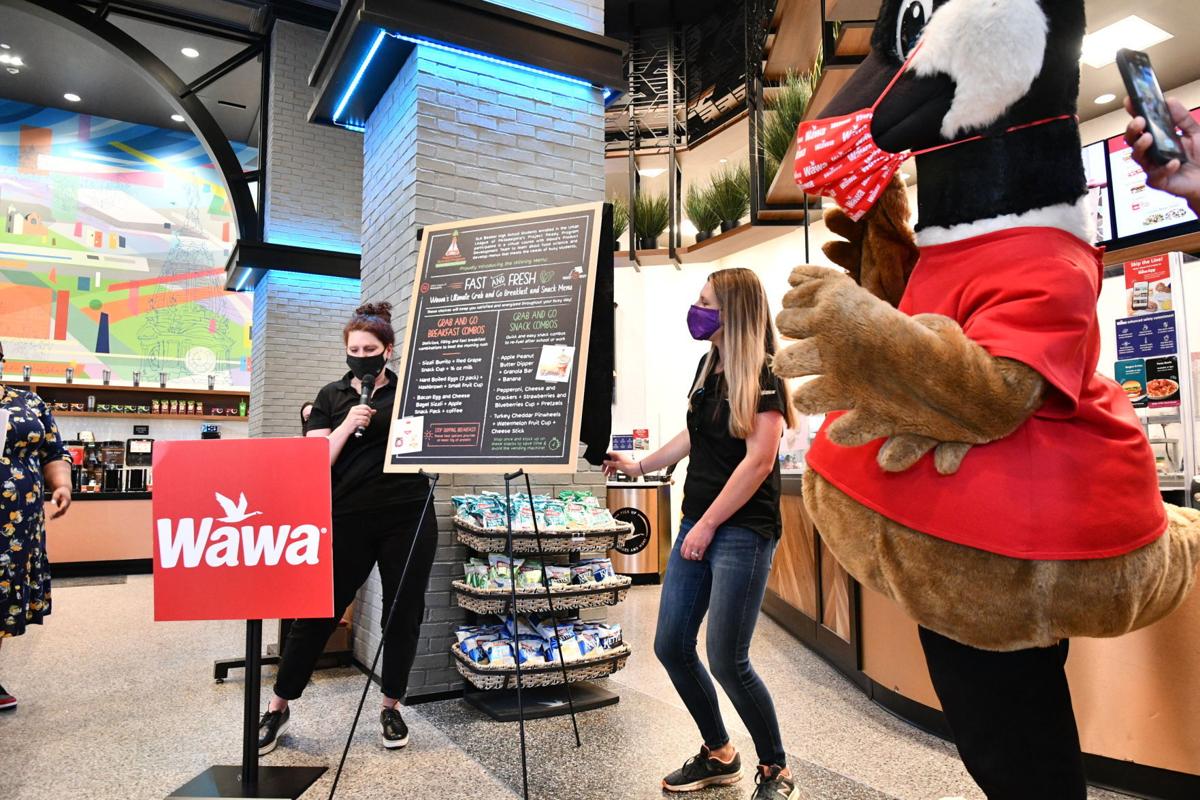 The Wawa Goose joins in the celebration 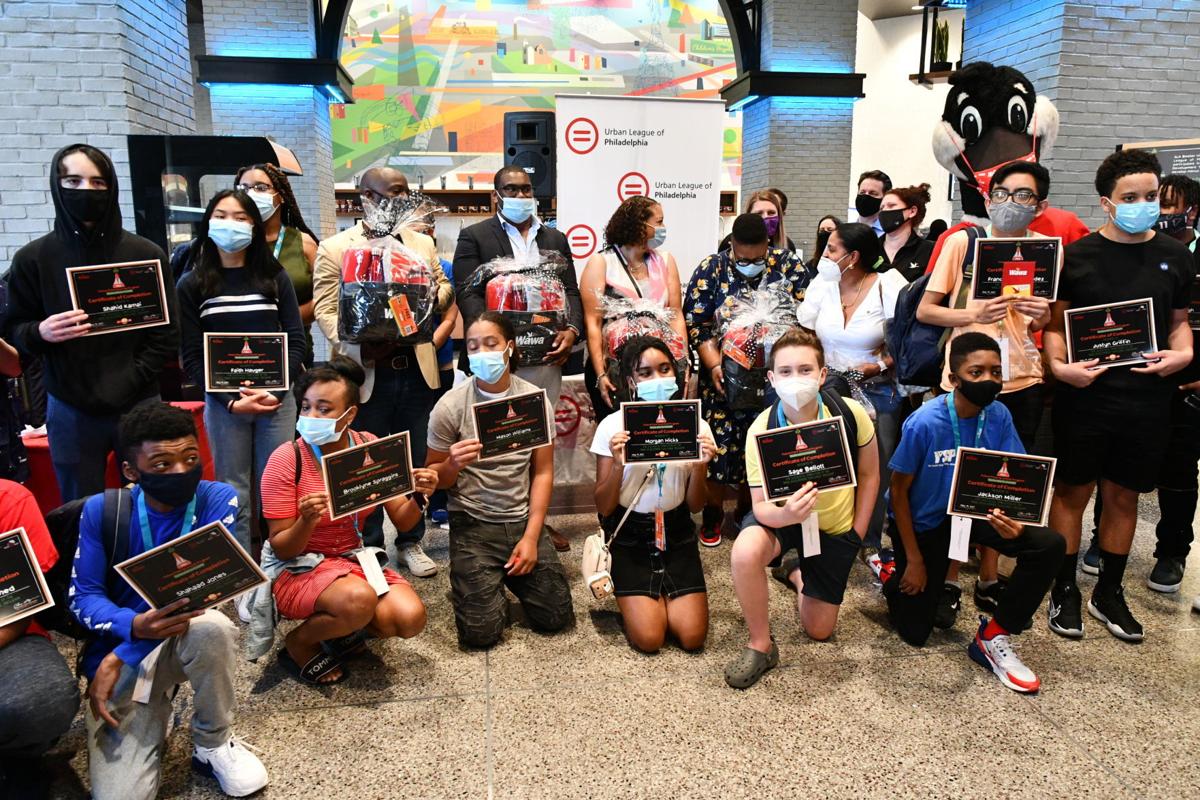 The Wawa Goose joins in the celebration

In partnership with the Urban League of Philadelphia, local students participated in Wawa’s class of 2021 “Future Food Scientists 2.0 Program and Menu Development Challenge” where they were paired with working professionals at Wawa’s Innovation Center to create new, fresh and innovative menu items that were revealed during an in-store ceremony and presentation.

“The Project Ready program is a national program, but each [Urban League of Philadelphia] affiliate has its own chapter. They work with different high school students throughout the city of Philadelphia and prepare them for college and different careers,” said Khalil Bullock, Manager of Administration and Communications Office of the President for Urban League of Philadelphia. “By doing that students are exposed to different activities as well as professionals. They also work with companies, like Wawa, in some capacity to learn a new trade and new skill sets. Hopefully, they can take that and use it in the future when they move on to college and career.”

The Urban League of Philadelphia and Wawa kicked off the new menu with a celebration at the Wawa store located at 6th and Chestnut St., in center city Philadelphia.

There were about 50 students in attendance when the winning team and new menu was announced. The celebration included food provided by Wawa of course, music, games and prizes.

The items that were crafted by the Science Leadership Academy at Beeber students include two grab and go combos. The first is a grab and go breakfast combo which offers three different choices. The first is a Sizzli burrito, red grape snack cup and a 16 oz milk or customers can opt for hard boiled eggs, a hash brown, and small fruit cup or lastly a bacon egg and cheese bagel Sizzli, apple snack pack and coffee. The second grab and go combo is a snack combination. Those choices include apple peanut butter dipper , a granola bar and a banana or pepperoni, cheese and crackers, strawberries and blueberries cup and pretzels and lastly a turkey cheddar pinwheels, watermelon fruit cup and a cheese stick.

The new menu items are now available online and in select stores throughout Pennsylvania.

“During these virtual times it’s tough trying to keep students engaged, and the fact that they were able to get through this program in a virtual setting and successfully develop new menu items, I think that was a huge accomplishment, in addition to getting an opportunity to connect with industry professionals, and learn about the food and beverage industry and gain hands-on experience during such a challenging time,” said Bullock.