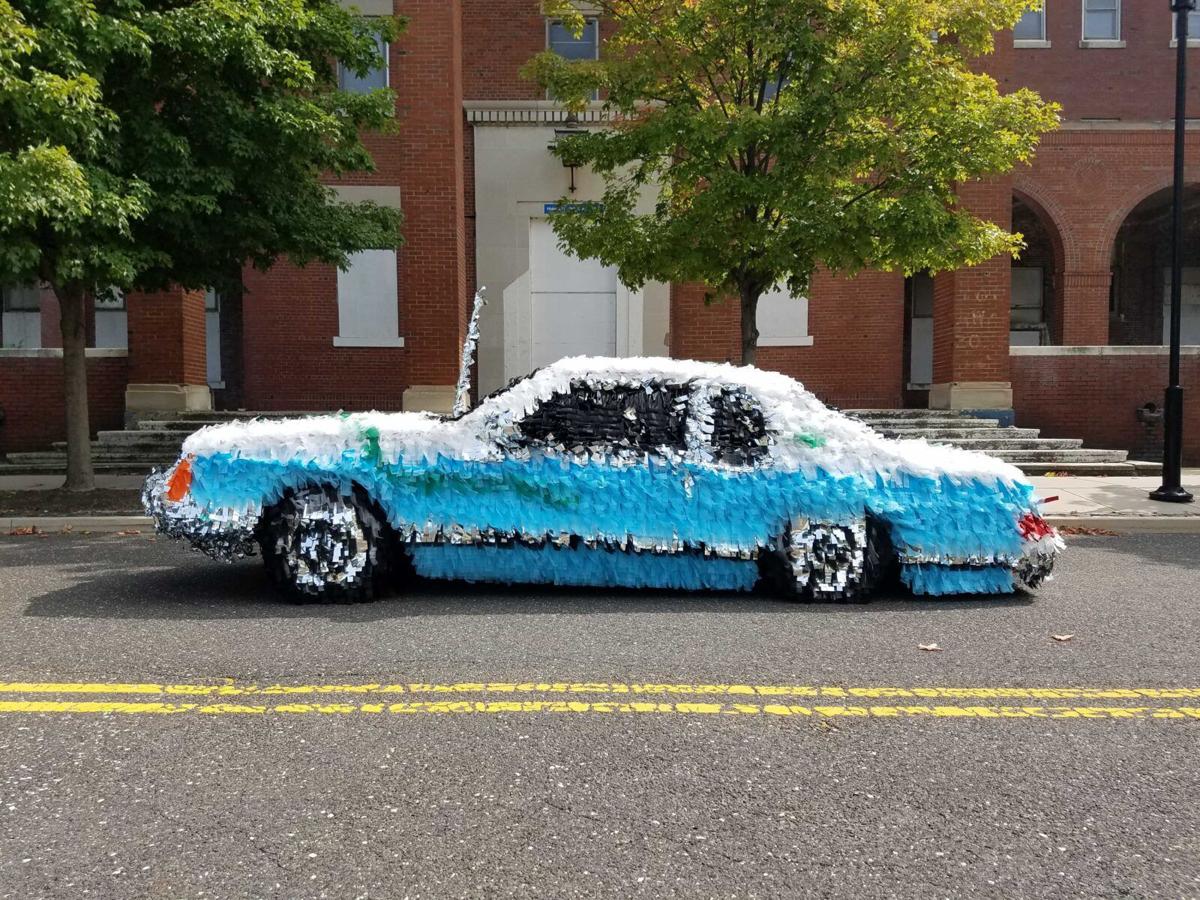 Lowrider piñata in the colors of the Guatemalan flag by Justin Favela. 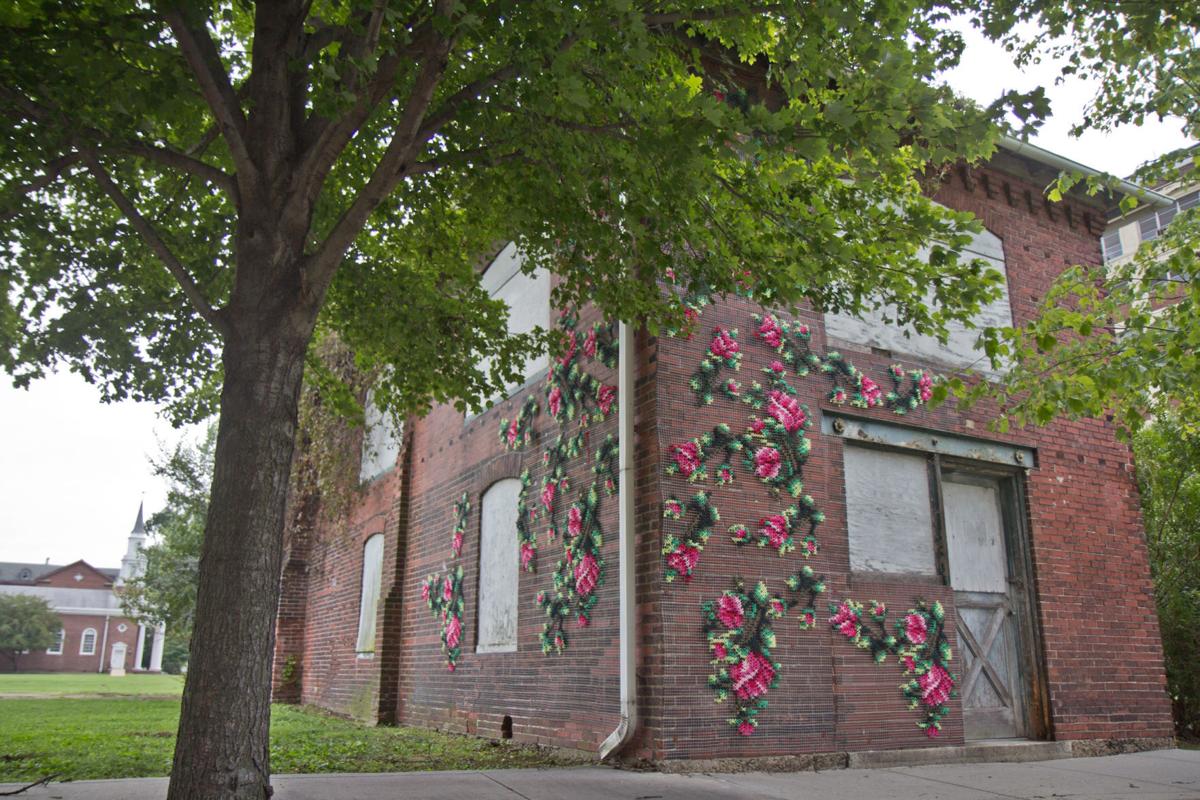 A floral cross-stitch by artist Raquel Rodrigo on a building at the Navy Yard in Philadelphia. —WHYY photo/Kimberly Paynter 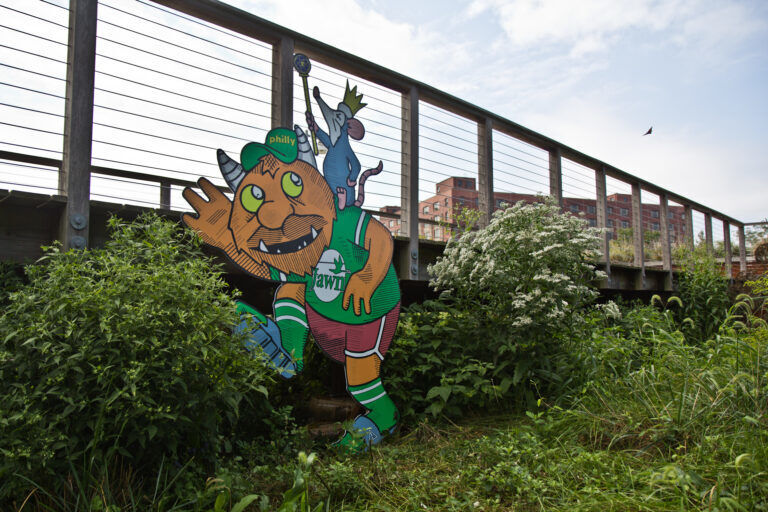 A troll by artist Kid Hazo under a footbridge at Philadelphia’s Navy Yard. 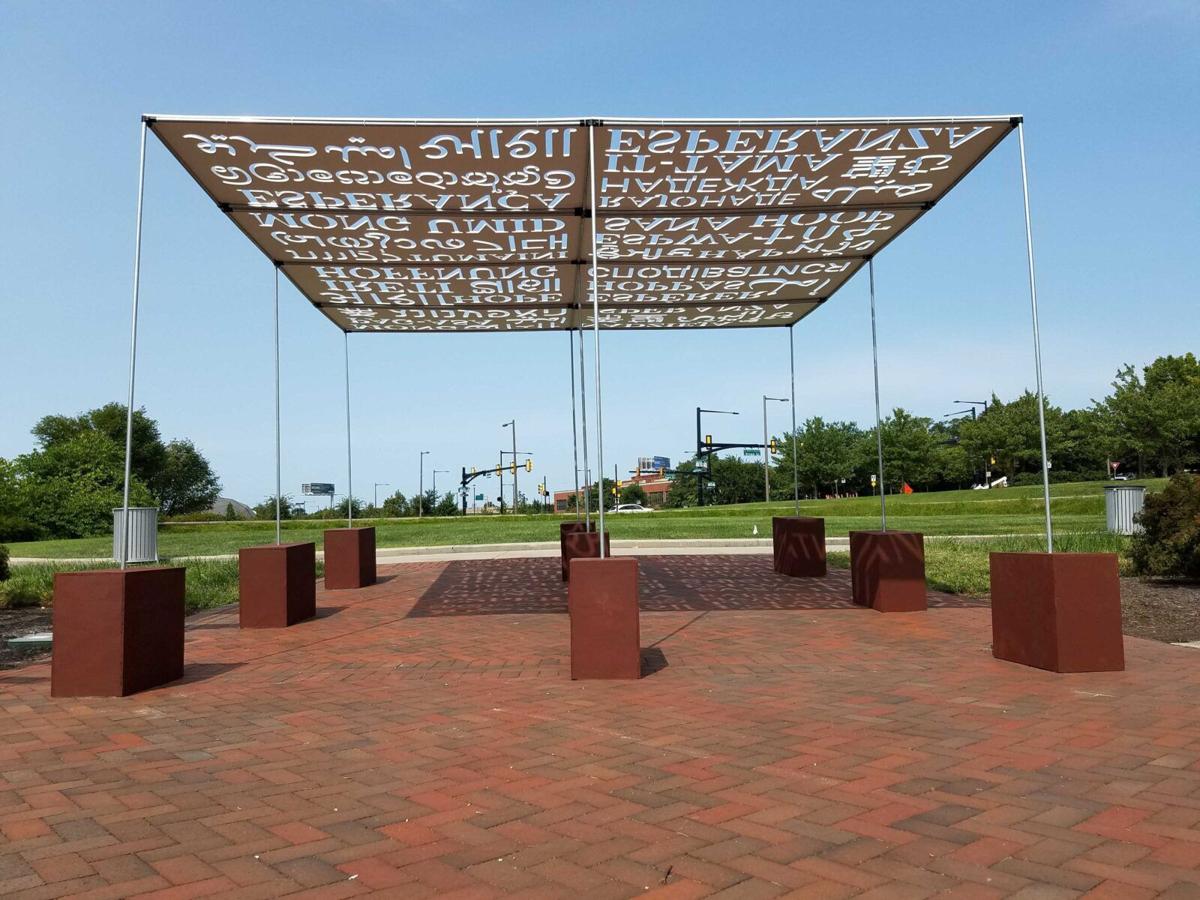 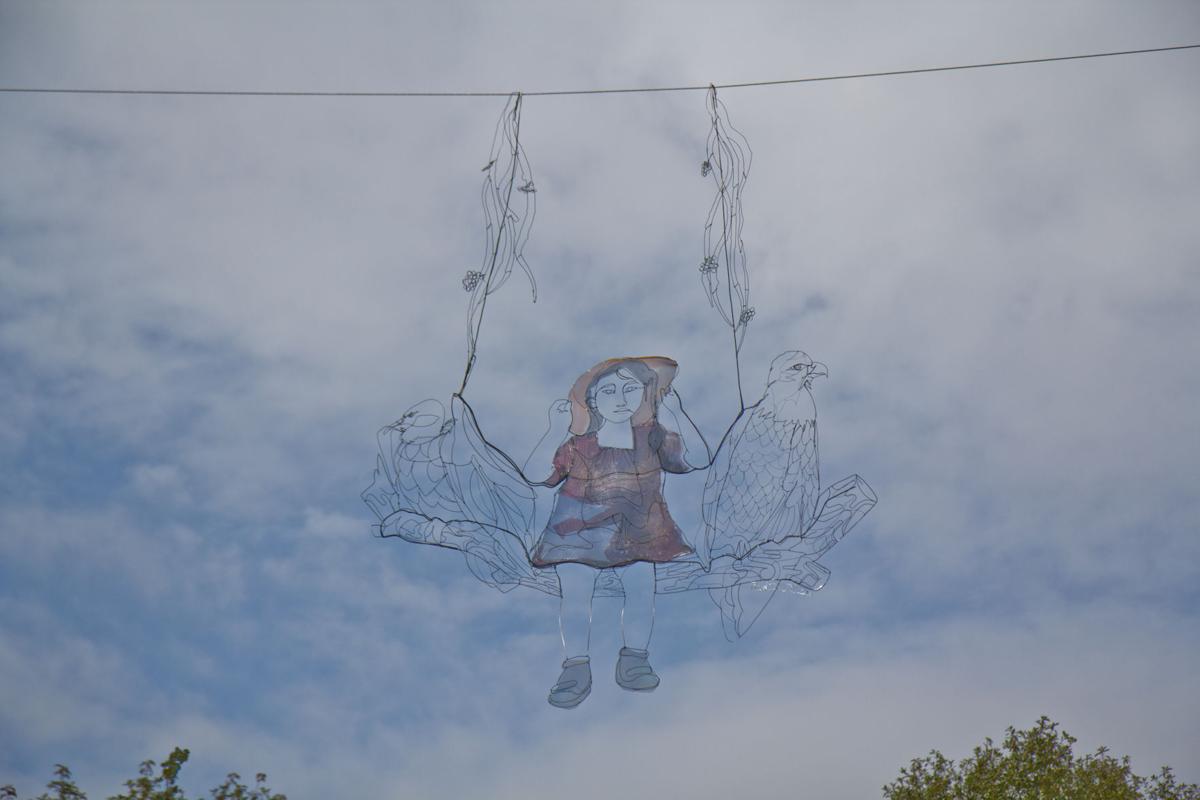 Lowrider piñata in the colors of the Guatemalan flag by Justin Favela.

A floral cross-stitch by artist Raquel Rodrigo on a building at the Navy Yard in Philadelphia. —WHYY photo/Kimberly Paynter

A troll by artist Kid Hazo under a footbridge at Philadelphia’s Navy Yard.

A 1984 Ford Thunderbird Elan is parked in front of one of the Navy Yard’s grand brick buildings, now with its doors and windows boarded up. The car has its back axle dropped like a low rider and is decorated from front grill to exhaust pipe with small strips of vinyl that shimmer in the breeze.

“I started using the piñata as a medium about ten years ago,” said Favela over the phone from his studio in Las Vegas, Nevada. “A few years ago I started making lowrider piñatas to scale. This is the first time I’m making one out of an actual car.”

The car resembles the Guatemalan flag: white on top and pale blue on the sides. A green quetzal bird adorns the hood. Favela’s mother, originally from Guatemala, offered design ideas between her shifts as a casino worker in Vegas. She inspired Favela to use shiny mylar strips in place of the Thunderbird’s chrome.

“My mom wanted it to have some shine, some glitz to come through,” he said. “Lowrider culture is seen as a very masculine thing. But when I see lowriders, I see high drag. They are the most beautiful drag queens ever.”

Is the lowrider piñata full of candy? Favela gets that question all the time. The answer is no.

Favela is one of seven artists contributing work to an annual show of public art in the Navy Yard. This is the third year PIDC — the organization overseeing the development of the former military shipyard — has used contemporary art to draw visitors to the bottom of Broad Street.

Previous years have seen monumental-sized art events: a gargantuan sea monster emerging from a warehouse, and a giant cocoon made of duct tape. This year the works are smaller-scale and more plentiful. Six pieces are scattered around the historic core of the Navy Yard.

“We encourage people to walk around, or ride a bike, and explore the art installation,” said PIDC spokesperson Jennifer Tran. “While not hidden, some are smaller and require keen eyesight to find.”

Around the corner from the lowrider piñata, half-hidden by foliage, a cardboard troll appears to be crawling out from underneath a footbridge. The Philadelphia-based street artist Kid Hazo, working with the retailer of Philly kitsch South Fellini, adapted a monster from Maurice Sendak’s “Where the Wild Things Are,” turning it into a Philly fan dressed in Eagles green.

A stone’s throw away is a small, unused building near the Chapel of the Four Chaplains. Among the English ivy, crawling over its brick, is a rose bush made from yarn cross-stitched into wire mesh by Spanish artist Raquel Rodrigo. If you don’t look twice, you might miss it.

The artists were chosen by an anonymous group of public art presenters, Group X, who were also responsible for the previous installations at the Navy Yard. PIDC wants the public to see the Navy Yard in a different light, not just as the gated shipyard where obsolete Navy destroyers come to be scrapped.

The Navy Yard was decommissioned as a military base and transferred to the City of Philadelphia in 2000. The PIDC has been developing about 1,000 acres and about 270 existing structures, as corporate and industrial space with a particular eye toward the life sciences sector.

Before the pandemic forced many to work from home, about 15,000 workers commuted daily to the Navy Yard’s array of businesses.

Initially, the PIDC was not allowed to develop residential housing per Navy restrictions, but those restrictions were recently lifted. This summer the PIDC announced a partnership with a development group – Ensemble Real Estate and Mosaic Development Partners — to start converting some buildings and constructing new ones for apartment and condos. A master plan is forthcoming.

All the more reason to make the Navy Yard more hospitable to visitors. “It’s important for people to know the Navy Yard is open and accessible,” said Tran.

Immediately inside the entrance gates at the end of Broad Street, the first thing people encounter is Crescent Park, a large, semi-circle of green with a central pavilion. Street artist Daku from Delhi, India — arguably one of the biggest international names of the exhibition — suspended a 16-foot square awning cut with letters. As the sun shines through the cutouts, words are spelled out on the concrete ground.

Actually, just one word is shown, over and over, written by sunlight in 35 languages: “Hope.”

All of the works can be seen in a socially-distanced manner. The PIDC encourages all visitors — indoors and out — to wear masks.

The show was conceived in January. Artist Reed “Bmore,” of Baltimore, had planned to make a large birdcage that visitors could enter.

“The point of art in the environment is to interact with it. I was striving for something you could move around in and play with,” said Bmore. “A lot of art is how you use your eye to play with the environment, to take you out of where you are.”

Bmore normally works in wire sculpture. Instead of a birdcage he made a girl on a swing, flanked by dangling feathers, suspended 20 feet in the air. The figures are hooked onto a 75-foot wire strung between two buildings. He hopes it makes people think about the metaphorical birdcages they might be living inside of, in their own lives.

As a street artist, Bmore says he has never shown anything “legally” in Philadelphia. Ever the optimist, he hopes his girl on a swing will stay up as long as the elements allow.

Realistically, she will remain in place for just six weeks, the amount of time the PIDC is allowing for this exhibition.