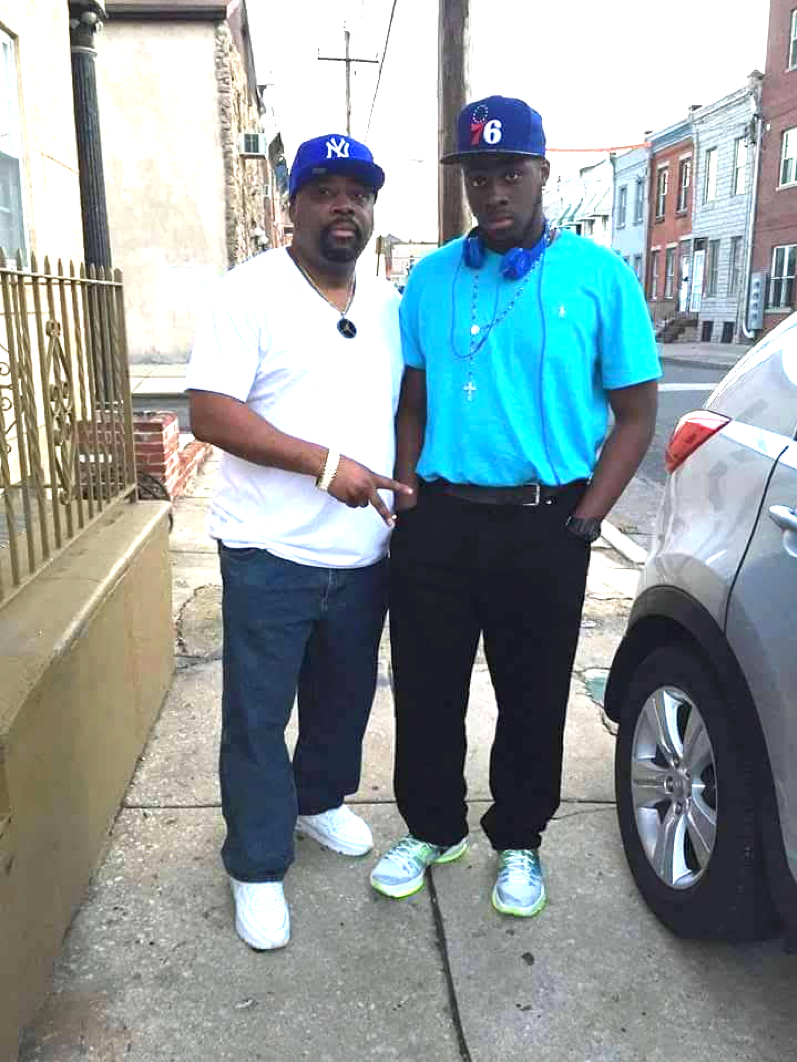 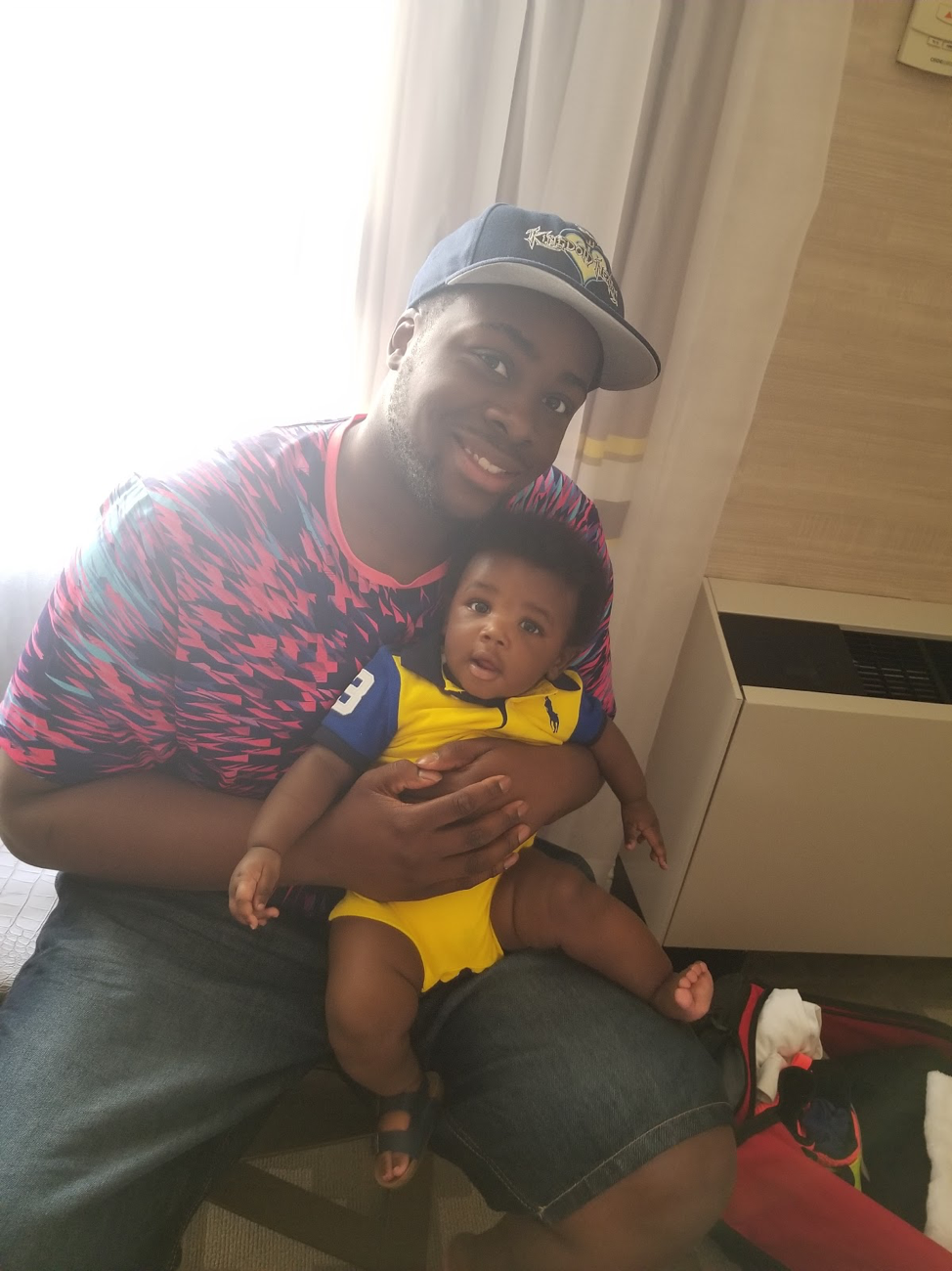 Waltkeem Jenkins and his nephew Joe, who is 2 years old.

Waltkeem Jenkins and his nephew Joe, who is 2 years old.

Before he was out of his teens, Waltkeem Jenkins had been jumped and shot at and was diagnosed with depression.

At the age of 19, Jenkins, now 23, missed a bus he usually took to get home after performing music at an open mic night at a theater in Germantown. While walking home, alone and in the dark, he noticed a group of men following him. After turning and confronting them, one of the men pulled a gun and pointed it at Jenkins’ head. Jenkins dared the man to shoot.

“Which I knew was a stupid thing to do,” he said. “But I didn’t care.” He then walked away, only to hear a gunshot fired towards him. Fortunately, he was unhurt.

In Jenkins’ South Philadelphia neighborhood, experiences like these were common. There was near-constant violence, as rival gangs shot at each other over drugs, status and even “petty” things such as girls and perceived slights, he said. “The police were always around.”

These, and many other traumas, made growing up for Jenkins an often toxic and chaotic experience. Trauma in childhood, or adverse childhood experiences (ACEs), include divorce, domestic violence, physical and sexual abuse, a parent who suffers addiction, and many others.

ACEs are common: 61% of adults surveyed across 25 states reported that they have experienced at least one type of ACE, according to the Centers for Disease Control and Prevention (CDC). In Philadelphia, 40.5% of adults witnessed violence growing up. This includes seeing or hearing someone being beaten, stabbed, or shot, according to the Philadelphia ACE survey.

Jenkins’s experience of trauma as a child, while not unique, set him on a path to his current job and passion for helping other young people cope with trauma.

Jenkins lived in what he referred to as a “toxic” household. Between the ages of 11 to 13, his parents argued often. His dad would sleep in Jenkins’ room to avoid the fighting, he said, which would just bring the arguments there, where he had to experience it firsthand.

“Sometimes it was so bad, that I didn’t even know how I was getting to school,” he said. In middle school he almost got held back due to all the craziness, he said.

Jenkins’ father said he believed boys shouldn’t express any emotion, he said, and that boys have to be tough all the time or else they are “feminine or weak.”

This “toxic masculinity,” Jenkins said, drove a wedge between him and his father. “The consequences of this was having him not fully understand me back then.”

Finally getting some help

Things started to change for Jenkins in the sixth grade, when his mother realized he was struggling and signed him up for CATCH, or Citizens Acting Together Can Help, a program for kids having difficulty with mental health and struggling with school because of it. Jenkins saw a school therapist, and had someone come to his classes to help him with certain subjects. He attended CATCH every day.

That’s around the time he realized helping others is what he wanted to do, he said.

After graduating from high school, Jenkins completed training to become a community health worker peer (CHWP) through Drexel University’s Center for Nonviolence and Social Justice. A CHWP is a combination of a community health worker (CHW), a community member who acts as a liaison between his community and health institutions such as hospitals and public health authorities, and certified peer specialist, role models of recovery from trauma, mental illness or addiction.

At Drexel, CHWPs like Jenkins who have experienced violence in their neighborhoods are trained to work with individuals, groups and the larger community to promote healing.

After securing a two-year internship with Drexel’s Healing Hurt People program, a hospital-based violence intervention program based out of Drexel University College of Medicine’s Department of Emergency Medicine, Jenkins began co-facilitating groups with young men his age talking about their experiences of trauma and how the community could have been affected by the violence they both saw and perpetrated. In the groups, the men discussed their safety, emotions, letting go of the trauma and thoughts of retaliation, as well as their futures.

In 2019, he was offered a full-time position at Healing Hurt People, a trauma care model now offered across the city and in Chicago and Portland, Oregon.

Helping other men helps him

Jenkins now works with teenagers who he meets in the emergency department of St. Christopher’s Hospital for Children, who are usually the victims of violence. He mentors them so they can see what a positive young Black man looks like, he said, and helps them with schoolwork, case management work, and their relationship with their parents, if needed.

Jenkins’ relationship with his own father, Walter, has gradually improved. The younger Jenkins often tells his father how important it is for men to be in touch with their feelings.

Sometimes when working with clients, Jenkins is reminded of his past and he has to ask to be excused and take a moment to regroup. It can be hard at times for him to balance his own mental health with that of his clients, he said.

Making and listening to music, seeing his therapist, and playing basketball when it’s warm out, going to the recreation center, journaling and live streaming on his YouTube channel all serve to keep Jenkins grounded and mentally healthy enough to keep working with kids in his community, he said.

Jenkins’ goal is to have people remember him for what he has done.

“I would like to be remembered in a positive way,” he said.

Editor’s note: Kayla Johnson is a ninth-grader at Cristo Rey Philadelphia High School. She worked with Urban Health Media Project (UHMP) instructor and former Cleveland Plain Dealer health and poverty reporter Brie Zeltner on this story. Johnson was a participant in UHMP’s workshop “Surviving and Thriving Despite Trauma” in fall 2020. The workshop was funded by The National Council for Behavioral Health (www.thenationalcouncil.org).

Glenn Ellis: Keeping safe from COVID-19 for the holidays

After almost eight months of quarantine, face masks and hand sanitizer, we are now in the middle of two unprecedented events: the COVID-19 pan…

When Cristo Rey Philadelphia High School opened in 2012, it started in an abandoned elementary school at 5218 N. Broad St., with more than 100…