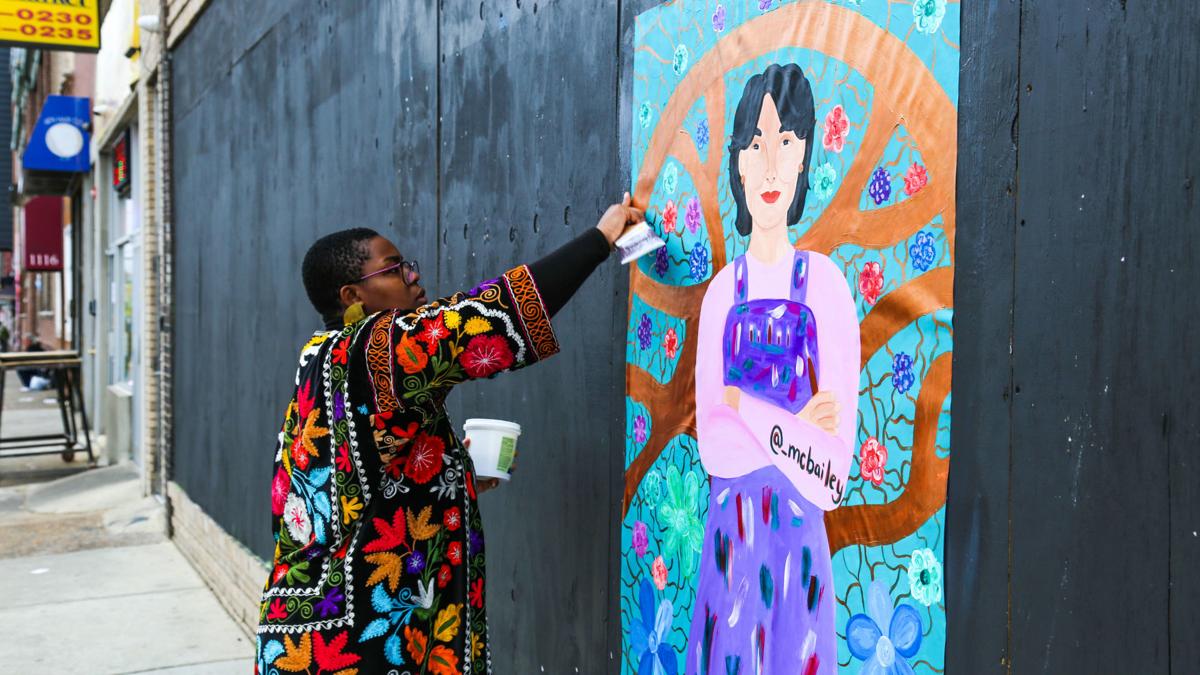 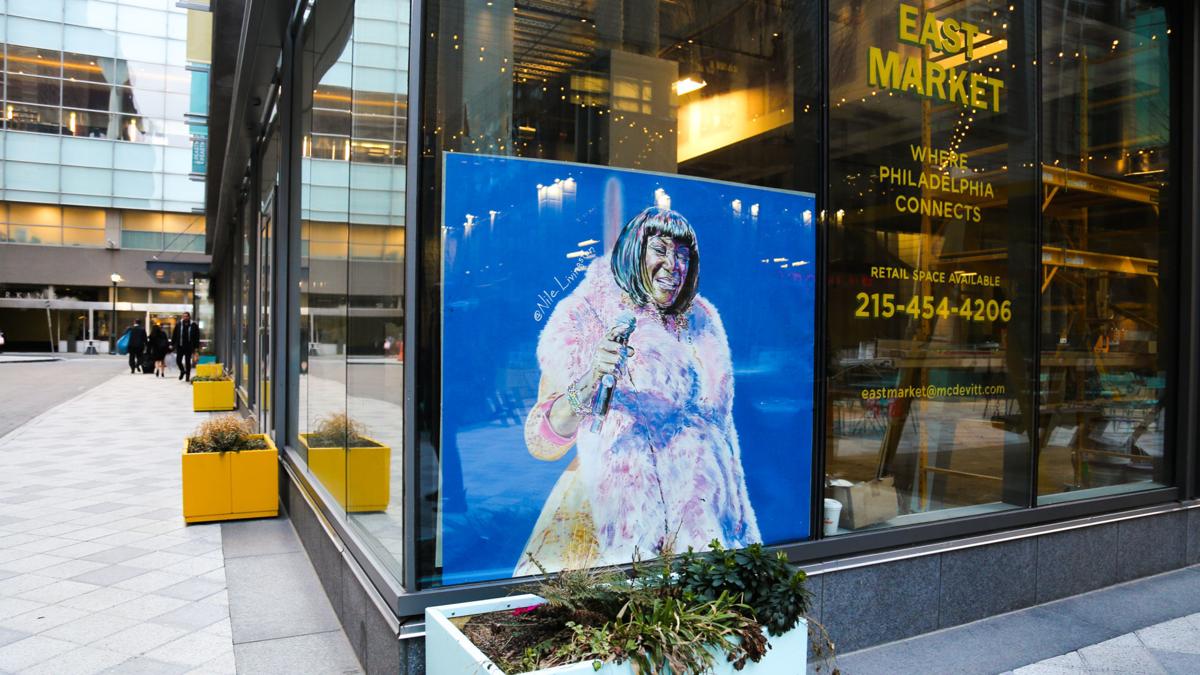 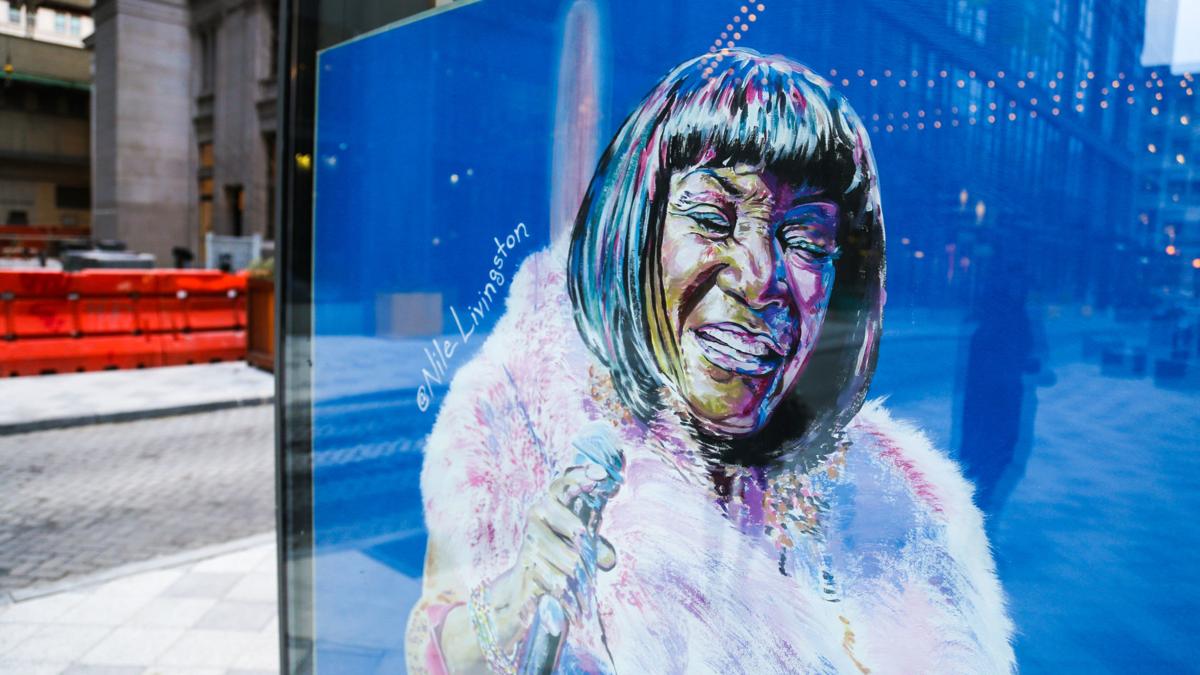 A portrait of Patti LaBelle is one of 20 temporary outdoor artworks of and by Philadelphia women that comprise The #SisterlyLove Project. — PHOTO: C. Benner 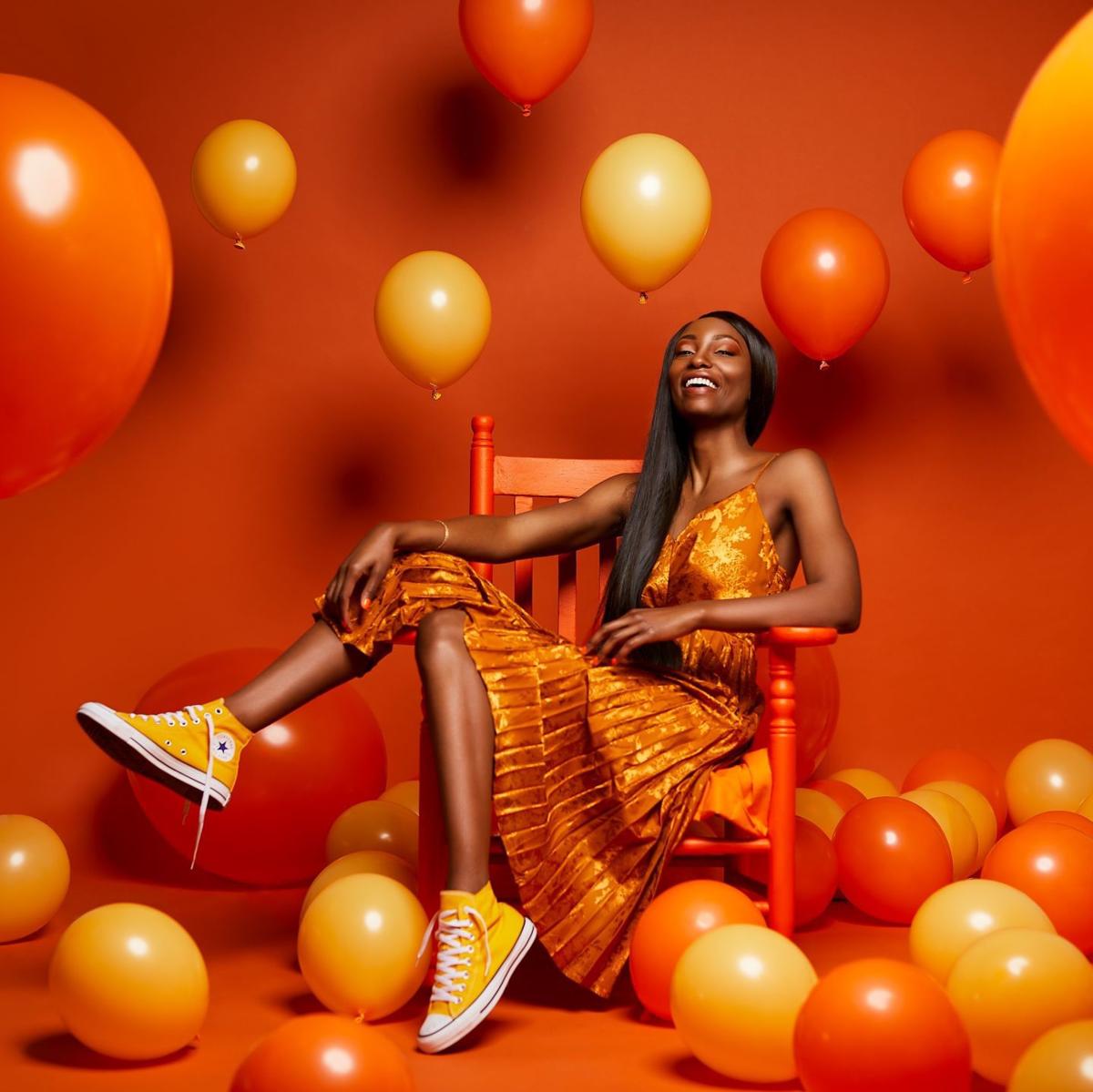 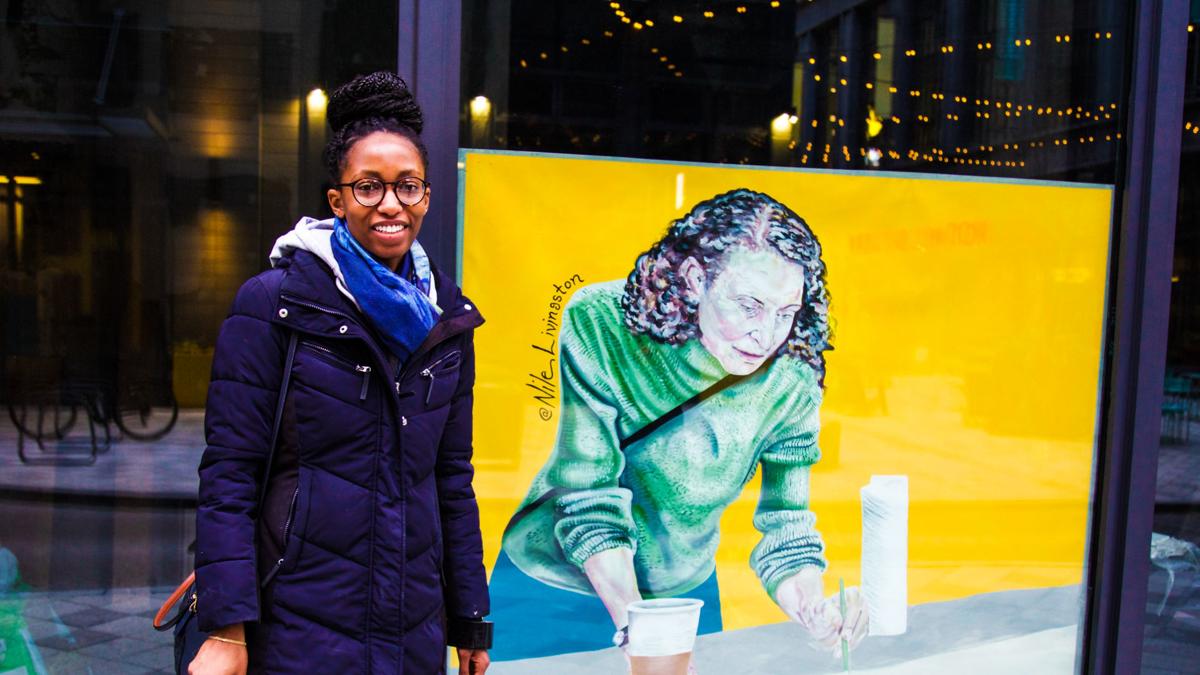 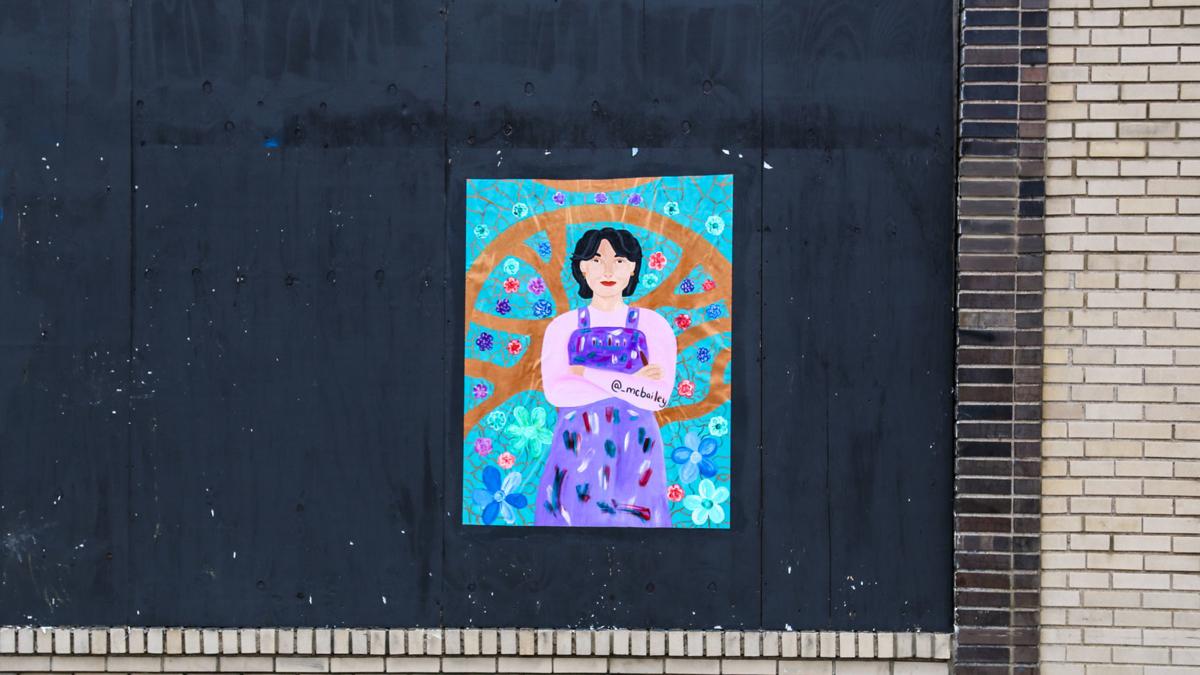 A wheat paste painting of Lily Yeh, the founder of The Village of Arts and Humanities and Barefoot Artists.

A portrait of Patti LaBelle is one of 20 temporary outdoor artworks of and by Philadelphia women that comprise The #SisterlyLove Project. — PHOTO: C. Benner

A wheat paste painting of Lily Yeh, the founder of The Village of Arts and Humanities and Barefoot Artists.

For years, Philadelphia has been known as the “City of Brotherly Love” but this past January that name changed. In honor of this year marking the 100th anniversary of women’s right to vote, the city has ceremonially changed its nickname to “the City of Sisterly Love” for 2020 to celebrate.

Just in time for Women’s History Month, Philadelphia welcomes The #SisterlyLove Project. For the month of March, original street art by Philadelphia female artists can be seen around town celebrating the accomplishments of some of the city’s most iconic women. Artist Nile Livingston says it is a privilege to highlight these women in her work.

“This project is important because it gives more exposure to these women and they can serve as mentors and inspiration for others. These women overall just work so hard within their own niche while making an impact on their own community here in Philadelphia. I’m just honored to highlight them,” Livingston says.

Ginger Rudolph and Conrad Benner of streetsdept.com curated the exhibit and selected the artists to be featured. illustrator/muralist Marian Bailey, like Livingston, had worked with Benner before so he was familiar with their work and knew they could handle tight deadlines. Streetsdept.com is a website that highlights street art.

“Conrad and I worked on a mural project in the Fashion District back in August. Since we had already worked together and he knew that the project had a bit of a tight timeline, he reached out to me about this sisterly love project. I think it was probably like early February,” Bailey says.

Even with the tight turnaround, Bailey wanted to make sure she gave the project her due diligence.

“They came up with the list of, I think it was about 30 different women from Philadelphia. The list also had a brief description about the things that the women have been involved in and what their claim to fame was. Through my Wikipedia and Google searches on these women, Artist Lily Yeh and choreographer Judith Jamison really stood out for me,” says Bailey.

Bailey surprised herself throughout the project. Through her research, she learned something about her subjects.

“I didn’t know just how much Jamison had done as far as choreographing. She’s done a lot and created a lot of shows. I had no idea but this woman has a serious list of really cool dances that she created. That was a lot of fun to look at all of that and then looking at the pictures. Dance shots are just so incredibly beautiful and inspiring,” she says.

Once she chose her subjects, singer Patti LaBelle and Mural Arts founder Jane Golden, Livingston says she looked to them to inspire her art.

“Patti is iconic. I love how she’s an entrepreneur, and how she uses her talent to just make great music. While painting. I listened to all of her LaBelle songs. I’m just a huge fan of hers,” she says.

Bailey says her process was a little different. It was important for her to leave her mark on her subject while showcasing their talents.

“I didn’t want to just paint their faces and be done with it. I wanted to paint them in their element. For Lily, I looked at a bunch of different pieces that she created, different murals and mosaics around the city that she’s been a part of developing. I made this general image that was just a mashup of some of the different stuff that she’s done and made it seem as if she had just finished like painting it. For Judith, I wanted to incorporate her history as a dancer. So I made the background, an actual ballet dancer that’s in the air and added squiggles. Those squiggles for me represent movement,” she says.

Livingston says the theme of the exhibit, “Sisterly Love,” holds a special place in her heart.

“For me “Sisterly Love” is about supporting other women and uplifting other women. And I like how it just brings to light the fact that women are also behind a lot of things that happen in this city,” she says.

Bailey says co-curator Benner wrote an article years ago that stuck with her and served as inspiration.

“Conrad wrote about how most of the monuments and things that celebrate people from Philadelphia are mostly focused on men,” she says. “I think is really important to have things that capture the different women that have done a lot of really awesome things and have laid the groundwork for really important events around the city. I want people interacting with these pieces and then doing some follow up to learn more about the people who are being represented.”

After being best friends for 17 years, these two women just found out they're actually sisters

Best friends Ashley Thomas and Latoya Wimberly have a lot in common.

Mural Arts Philadelphia, the public art organization that creates social change through art, has jumped into action during the COVID-19 crisis.

Philadelphia favorites will spread the love at PHLove telethon this Thursday

Philadelphia has a reputation as a city that loves to fight and this Thursday at 7 p.m. some of your favorite Philadelphians are banding toget…