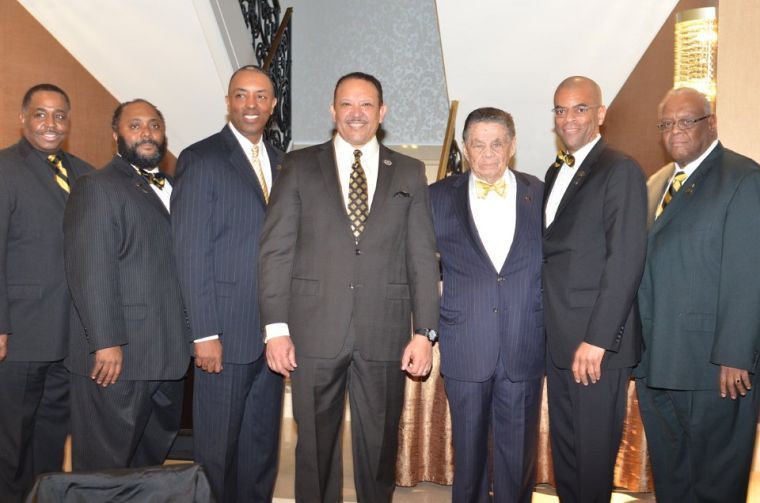 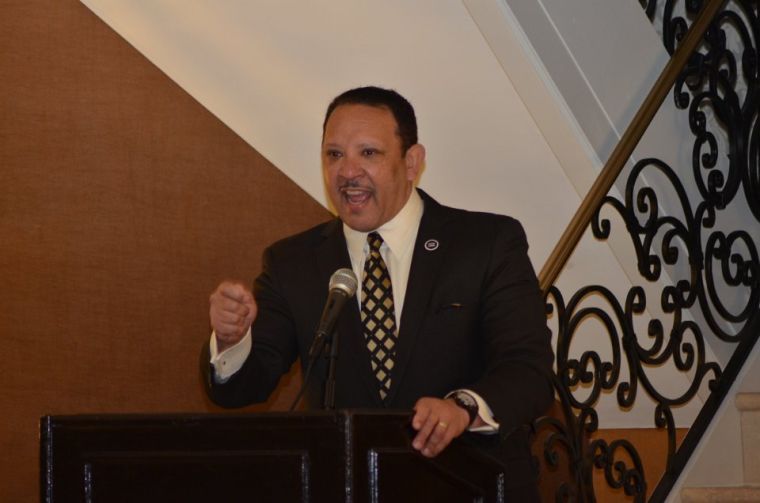 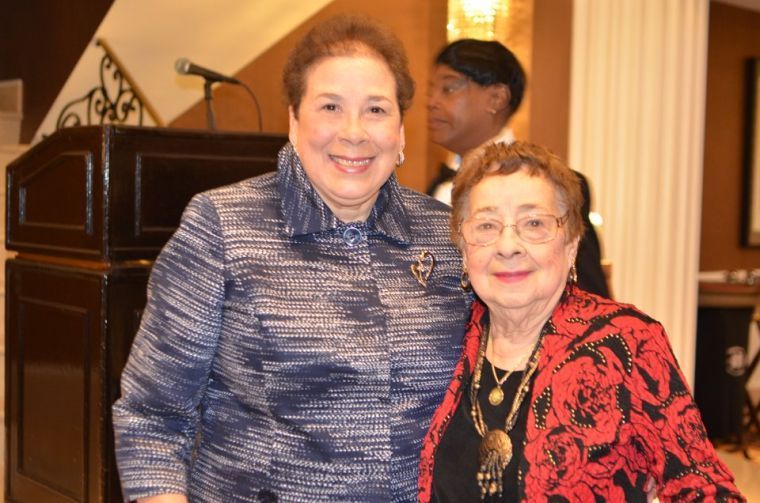 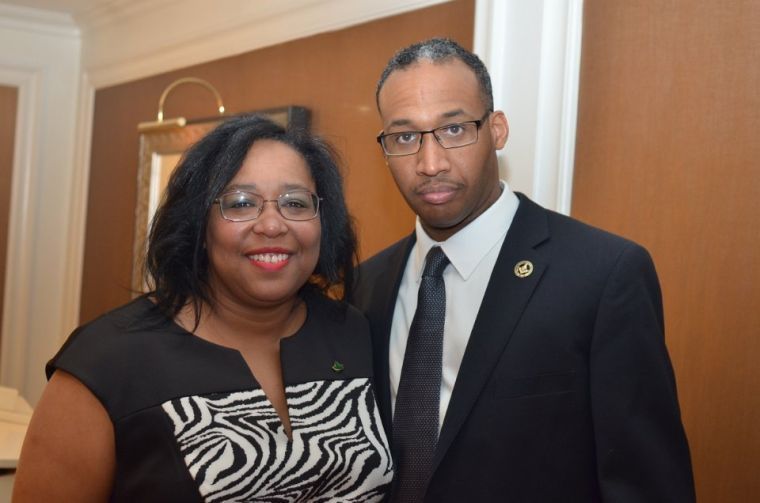 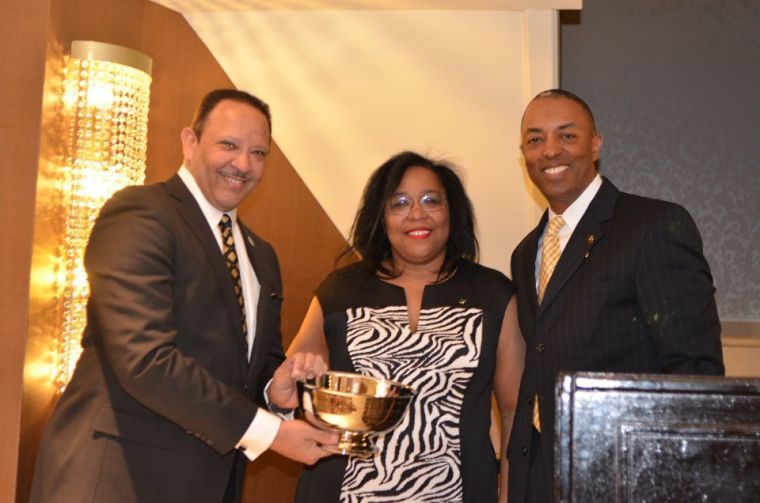 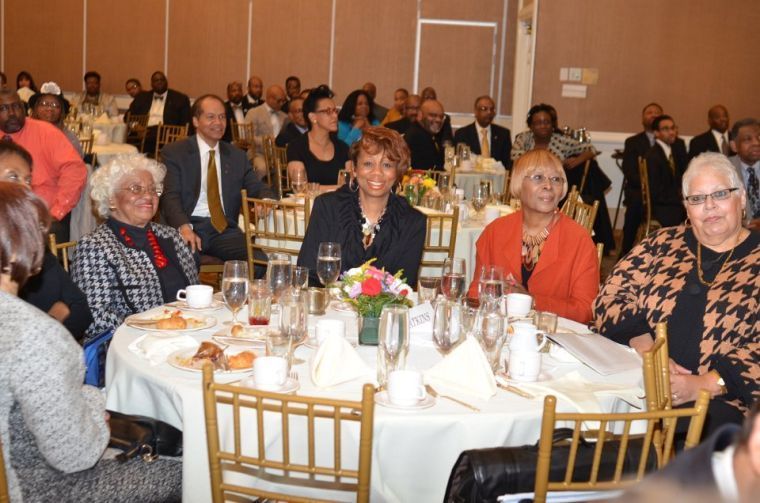 Rho Chapter President Alpha Phi Alpha Fraternity, Inc. Darrel Tiller said, “It was a highly successful fundraiser for scholarships; it is an appropriate way to honor the life and legacy of Father Logan; and it carries on the tradition of the fraternity’s recognition of accomplished Black men such as Judge Robert W. Williams Jr. and Marc H. Morial.”

Father Logan served the Episcopal Church for more than 73 years and lived beyond 100 years of age. When he died he was the oldest living, serving African-American Episcopal priest and one of the oldest living Episcopal priests in the country. He was also celebrated as the longest serving and oldest living member of Alpha Phi Alpha Fraternity, Inc. and was initiated in 1933. Father Logan was also a founding contributor in the establishment of the Rho Education Foundation. It was touching to hear Lisa Logan Leach, Father Logan’s granddaughter, speak about his life and legacy.

The event took place before a packed ballroom at the Hilton Philadelphia City Avenue. This year’s keynote speaker was distinguished member Marc H. Morial, president/CEO of the National Urban League, the nation’s largest civil rights organization. A member of Alpha Phi Alpha Fraternity, Inc. initiated at Psi Chapter at the University of Pennsylvania, Morial was also awarded the coveted Logan Legacy Bowl for his outstanding service as an outspoken voice for African American social and economic development. He is a graduate of the University of Pennsylvania and Georgetown University Law Center in Washington, D.C. Fellow member, Thomas H. Watkins Jr., chairman of the Rho Education Foundation, presented Morial with the silver bowl award.

Fraternity member Judge Robert W. Williams Jr. was awarded the Logan Legacy Alpha Service Award for his distinguished professional achievement and service to Alpha Phi Alpha Fraternity. Judge Williams is a distinguished jurist and devoted public servant and a former Judge of the Commonwealth Court of Pennsylvania, and its first African-American member. He also served on the Common Pleas Court of Philadelphia. Judge Williams was initiated into Alpha Phi Alpha Fraternity, Inc. more than 72 years ago and is one of the longest living, serving members in the fraternity. He is a graduate of Howard University and Boston University Law School. Rho Chapter President Darrell L. Tiller presented Judge Williams with the old gold and black hand blown glass plate.

The Rho Education Foundation was created more than four decades ago to develop and maintain a permanent endowment that provides funds annually in the form of scholarship aid to selected high school and college male students. The applicants are potential members of Alpha Phi Alpha Fraternity, Inc. who demonstrate great academic promise and are committed to making positive contributions to their schools, communities and society in general.

The Rho Education Foundation was the inspirational launch of the Rho Chapter of Alpha Phi Alpha Fraternity, Inc. celebrating its Centennial Year. The chapter was chartered on Nov. 3, 1914.

Congratulations to all honorees, officers and members of Alpha Phi Alpha Fraternity, Inc.