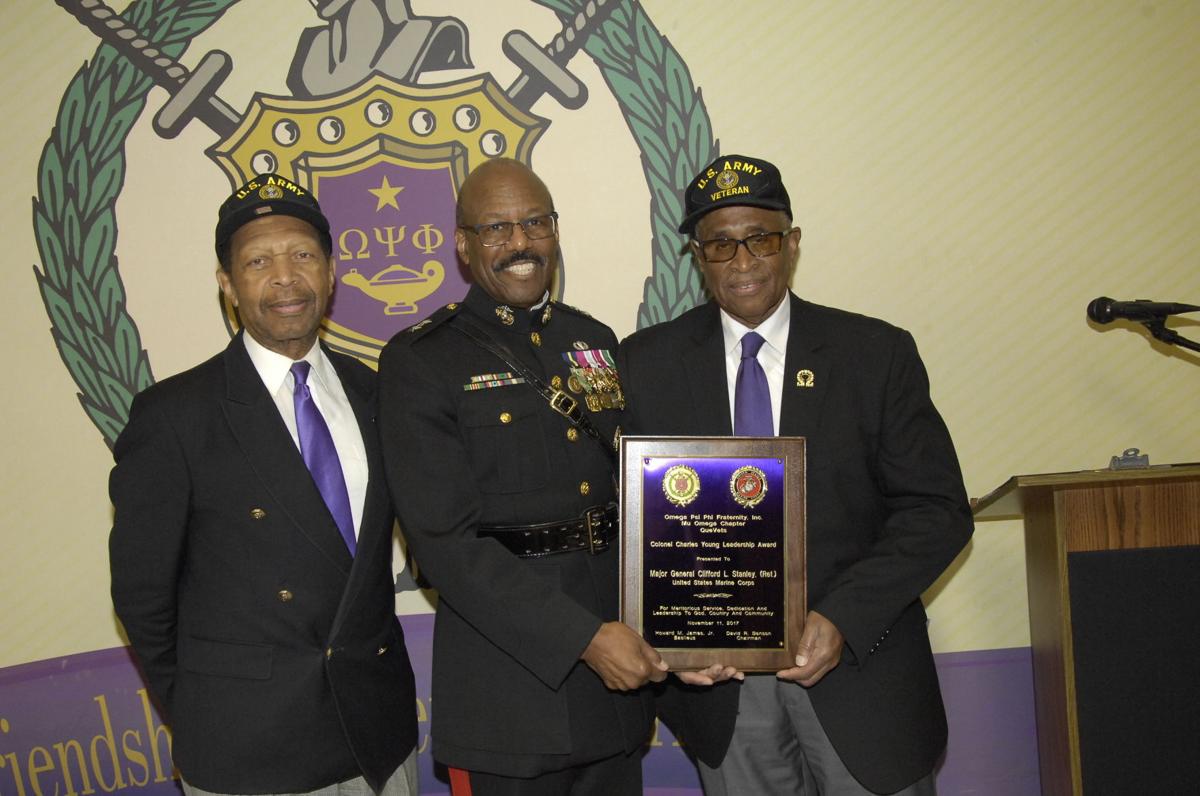 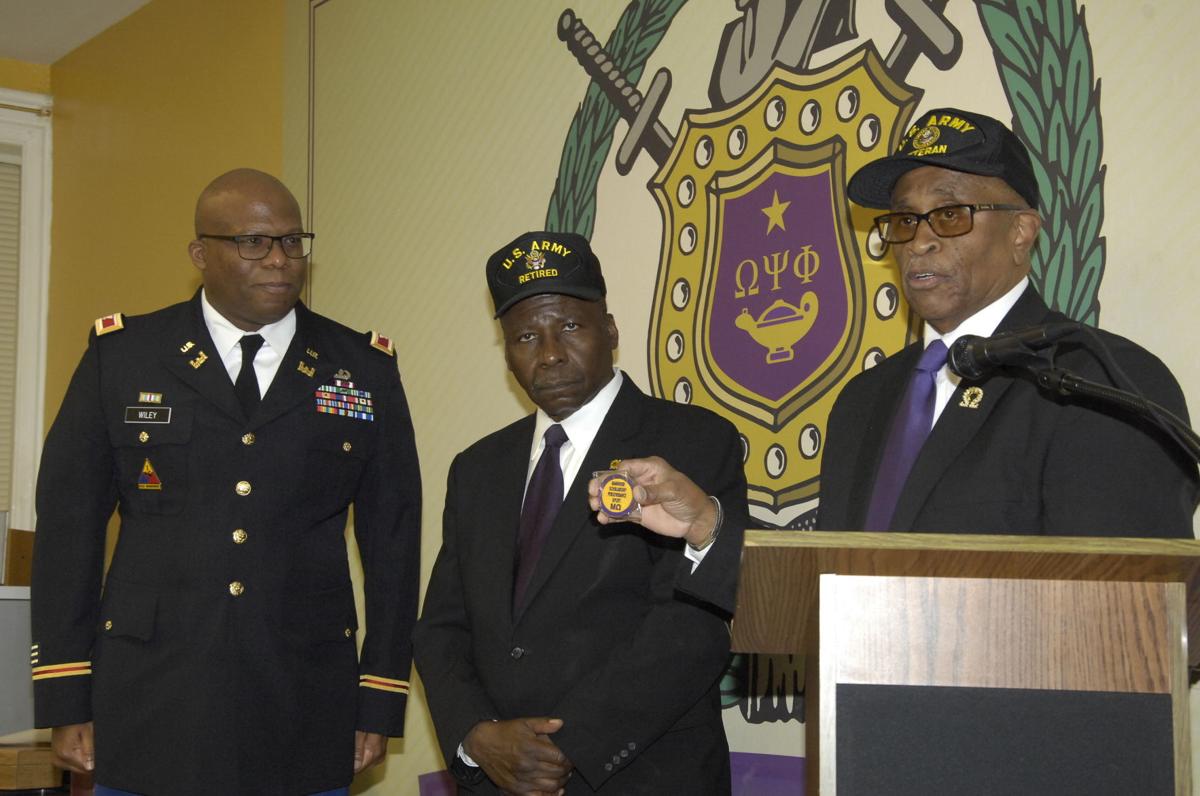 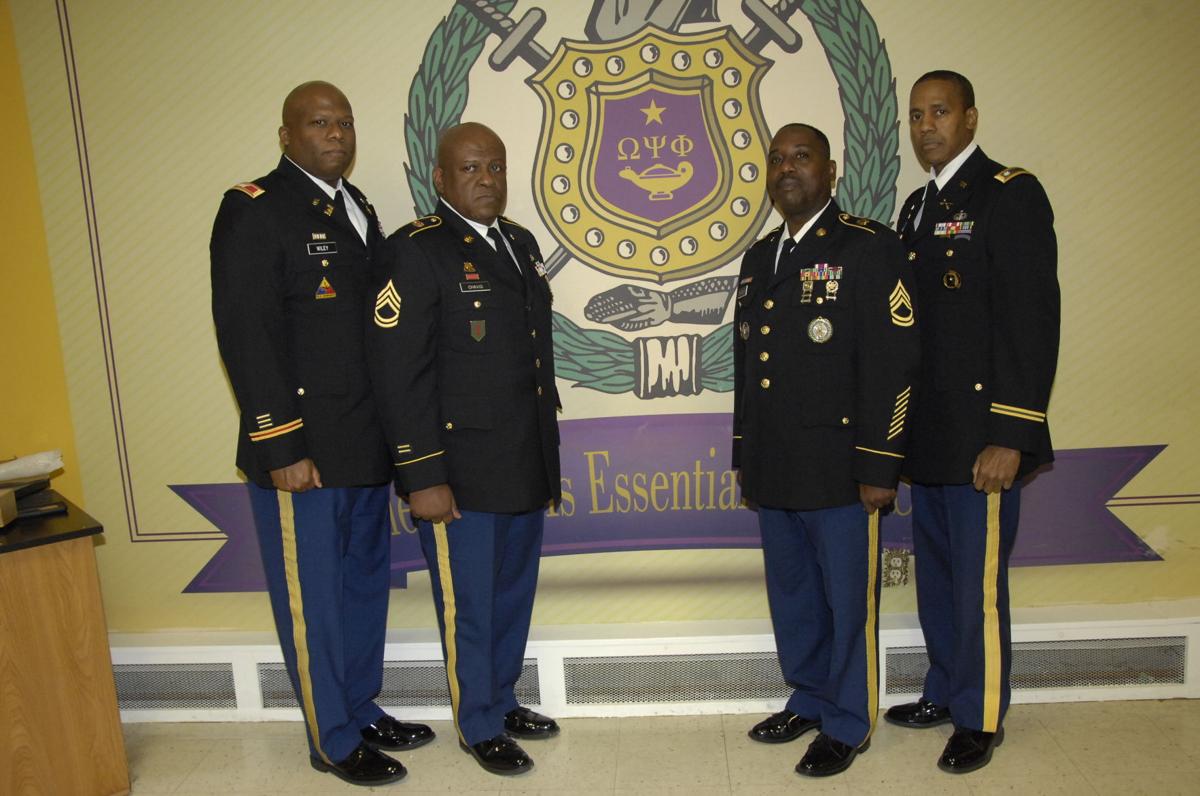 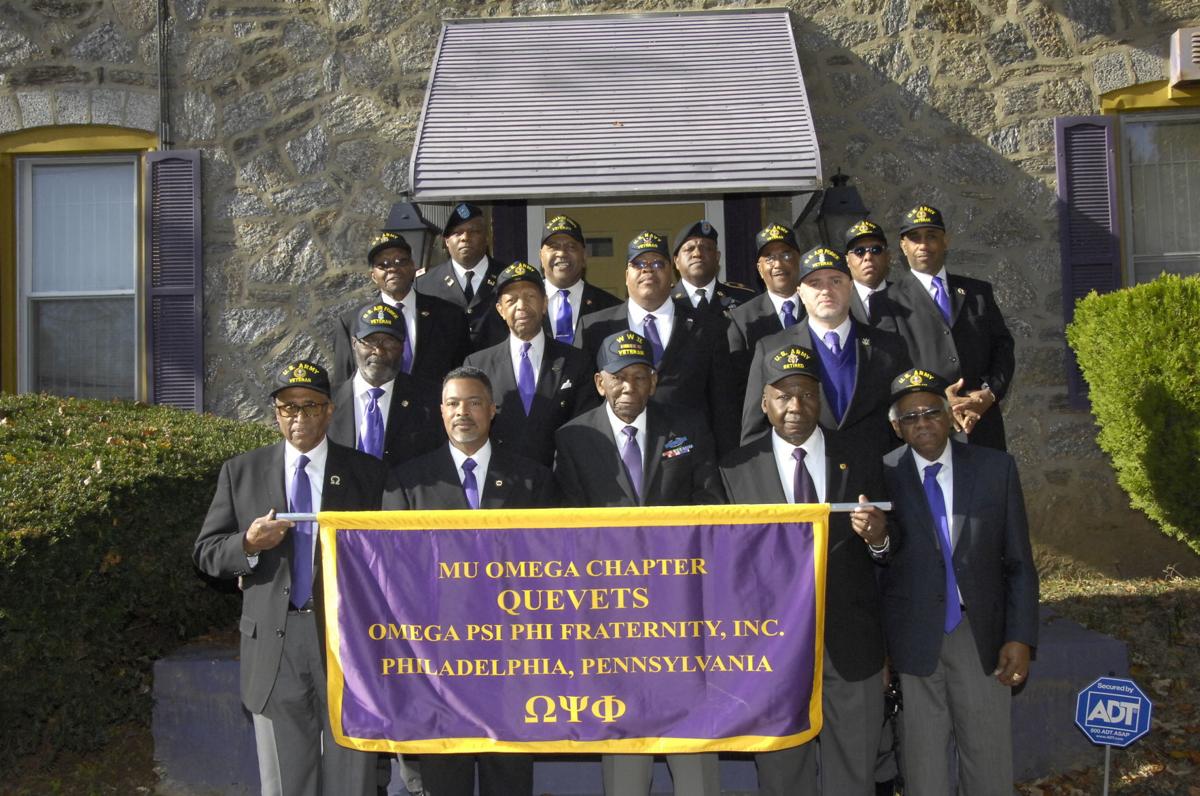 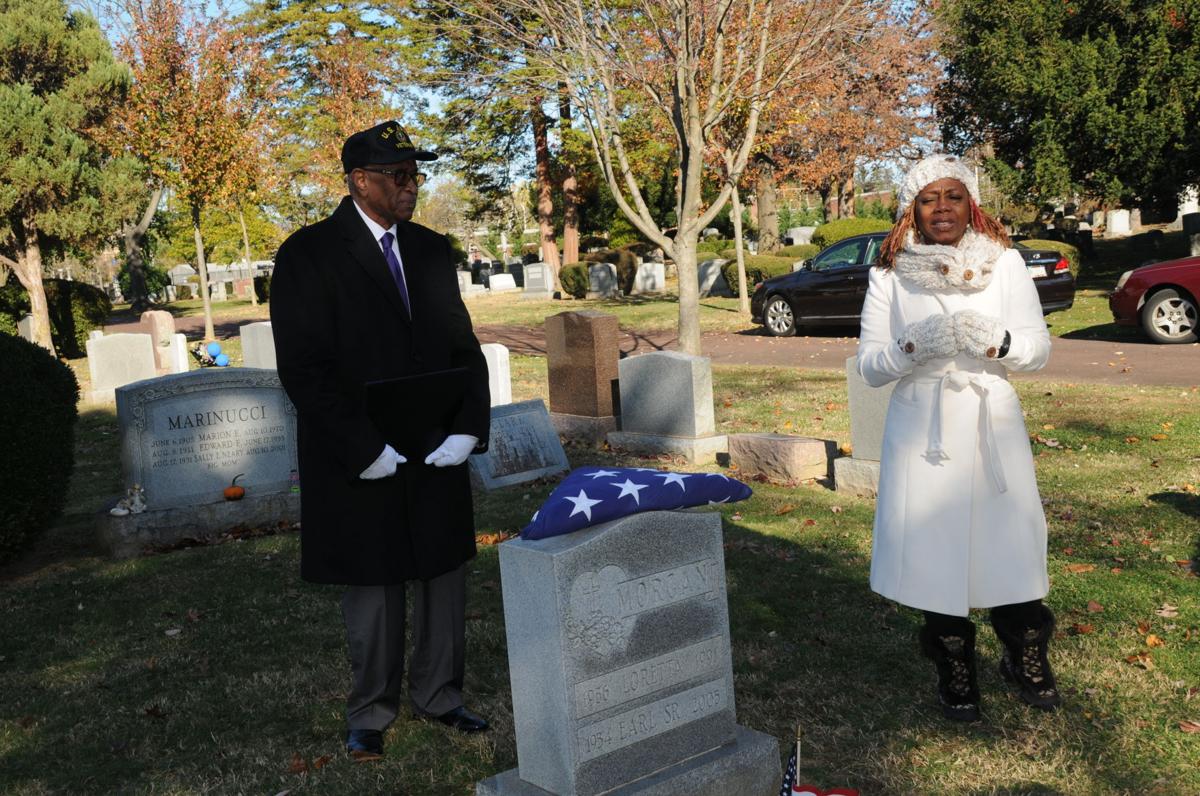 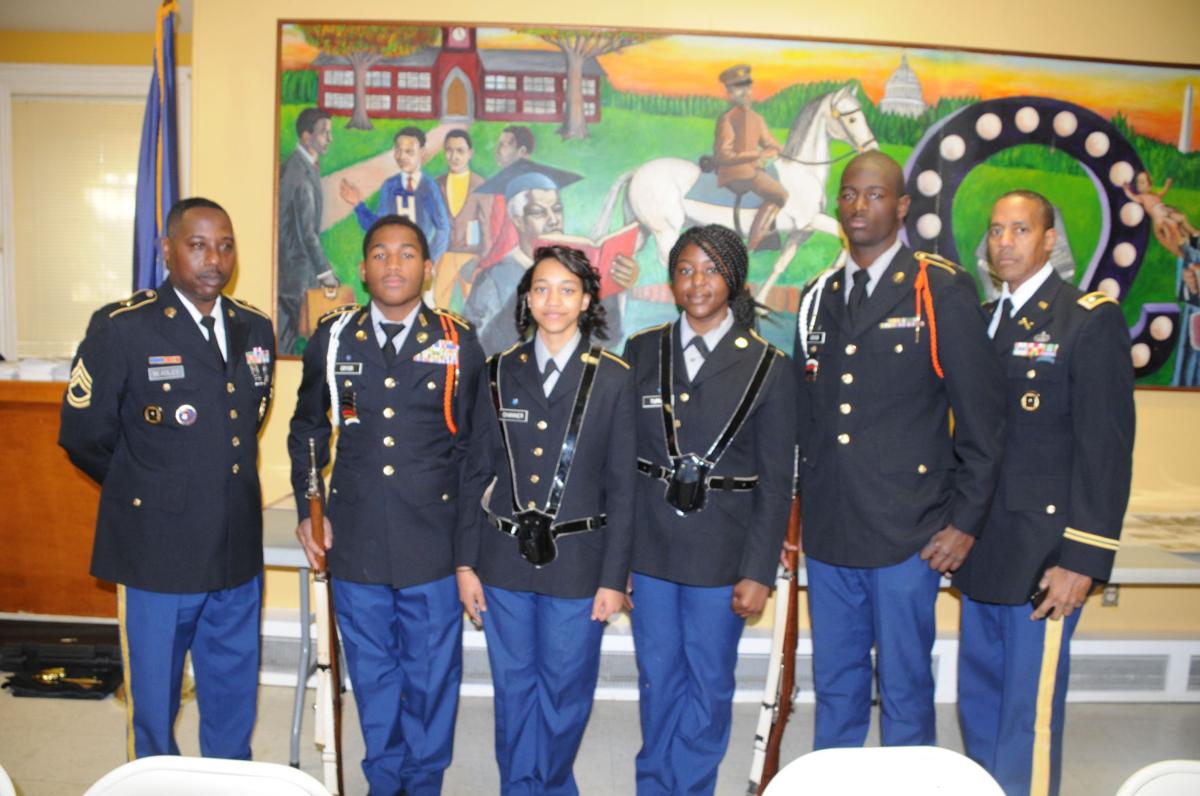 Members of Roxborough JROTC participated in the Veterans Day program.

Members of Roxborough JROTC participated in the Veterans Day program.

The Mu Omega Chapter of Omega Psi Phi Fraternity, Inc., QueVets celebrated Veterans Day 2017 with three special events. The series of events began on Nov. 5 when The QueVets participated in the Philadelphia Veterans Parade. They were distinguished as the only Black Greek fraternity in the parade.

On Veterans Day, the QueVets conducted a graveside service in honor of deceased fraternity member Earl Morgan. Morgan, a Vietnam veteran, died in 2005. The flag and bugle service were conducted at Ivy Hill Cemetery in Philadelphia with the Morgan family in attendance.

Mu Omega’s Veterans Day observance culminated that afternoon with QueVets celebrating its second Annual Veterans Day Program at the Mu Omega Fraternity House. The ceremony began with the posting of the colors by the Roxborough High School Army Junior ROTC color guard. The ceremony was followed by a rendition of the National Anthem. Dr. William Tate, Chaplain Emeritus, began the program with a, “Veterans prayer of hope.” Program chairman, Lt. Col. (Ret.) William Smith, welcomed the participants and guests.

David Benson, QueVets chairman, gave a brief history about the purpose and goals of the Mu Omega QueVets. Mu Omega 2nd Vice Basileus Gary Thompson greeted the assembly and commended the committee for putting together the Veterans Day program.

A video presentation was then shown, which gave a short history of each of the five military branches. That was followed by another video featuring the military song of each branch.

Fraternity member Larry Smallwood presented the Colonel Charles Young Leadership Award to U.S. Marine Major General (Ret.) Clifford L. Stanley. General Stanley served as Under Secretary of Defense for Personnel and Readiness under President Obama. This award is given to an individual whose career closely parallels the illustrious career of Colonel Charles Young, an Omega who was the first Black man to achieve the rank of colonel in the U.S. Army. General Stanley said, “I am truly honored even though I am a member of Kappa Alpha Psi, we are all brothers and sisters in Christ.”

Chapter member Rochelle Chavis introduced the keynote speaker, Colonel Carlos A. Wiley. Wiley is a commanding officer in the 3rd BDE DCO, Atlantic Training Division, and 75th Training Command. He discussed Blacks in the military and their transition and progress from the Civil war to today. He cited Colonel Charles Young’s horseback 500-mile trek from Wilberforce to Washington D.C., the role of Blacks in WW1, and, the role of Omega men in the military. Chapter member William Smith presented Wiley with a beautifully engraved gladiator Rudis Sword award. Chairman David Benson presented Wiley with a QueVets Challenge coin used to show your affiliation when traveling.

Second District state Rep. Charles W. Sherman, last year’s keynote speaker, commended the QueVets on the significance and value of the program. He suggested that it be implemented nationally by Omega Psi Phi Fraternity, Inc.

The American flag was ceremoniously retrieved by the Junior ROTC color guards to end the program which was closed in benediction by Dr. William Tate. The Roxborough JROTC was led by SFC Antonio Beadles under District Instructor Lt. Col. Myron Young.

It was a special honor to have the chapter’s oldest QueVet and World War II era member Dr. William Harris present. Harris is a recipient of a purple heart in combat and member of the famous 92 Infantry Division known as the “Buffalo Division.”

Congratulations and thank you for your service!