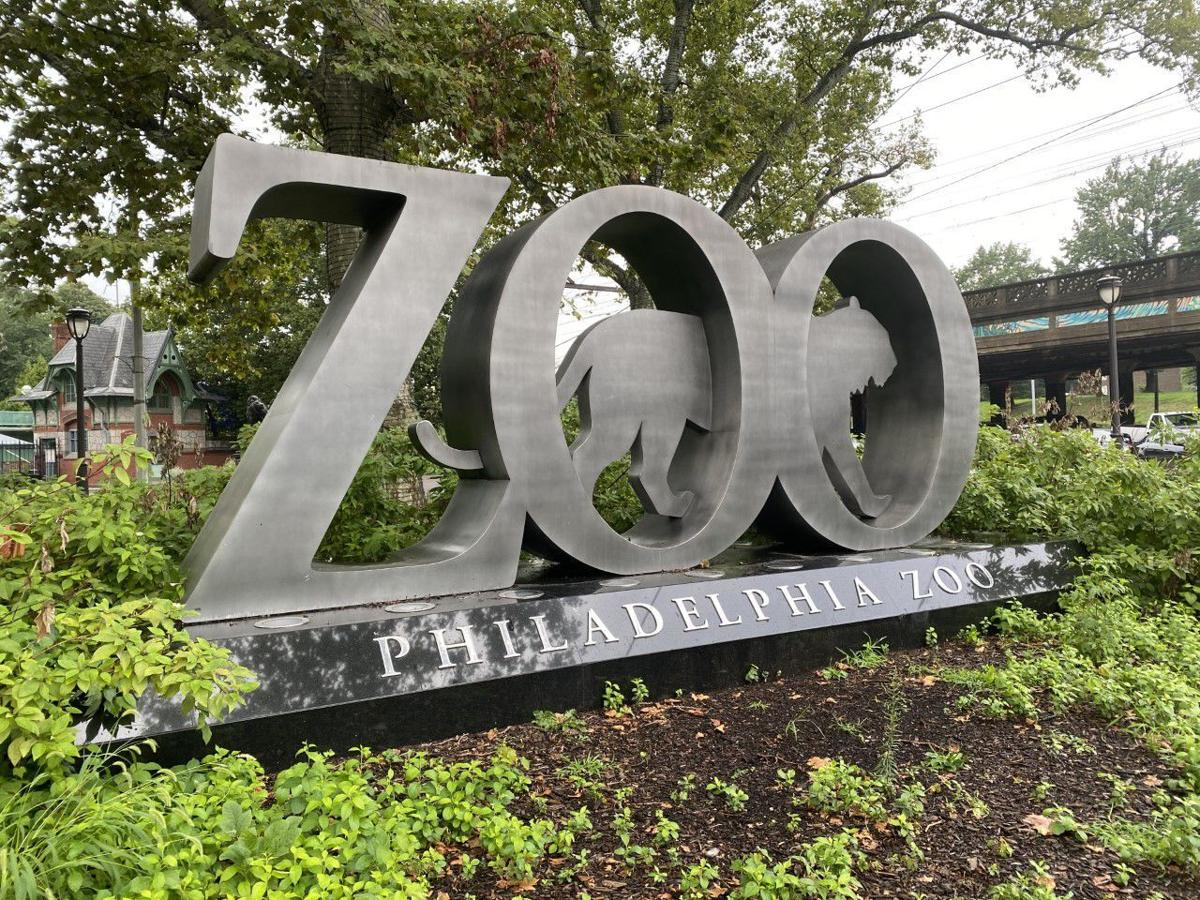 The entrance to the Philadelphia Zoo. —Tribune Photos/Abdul R. Sulayman 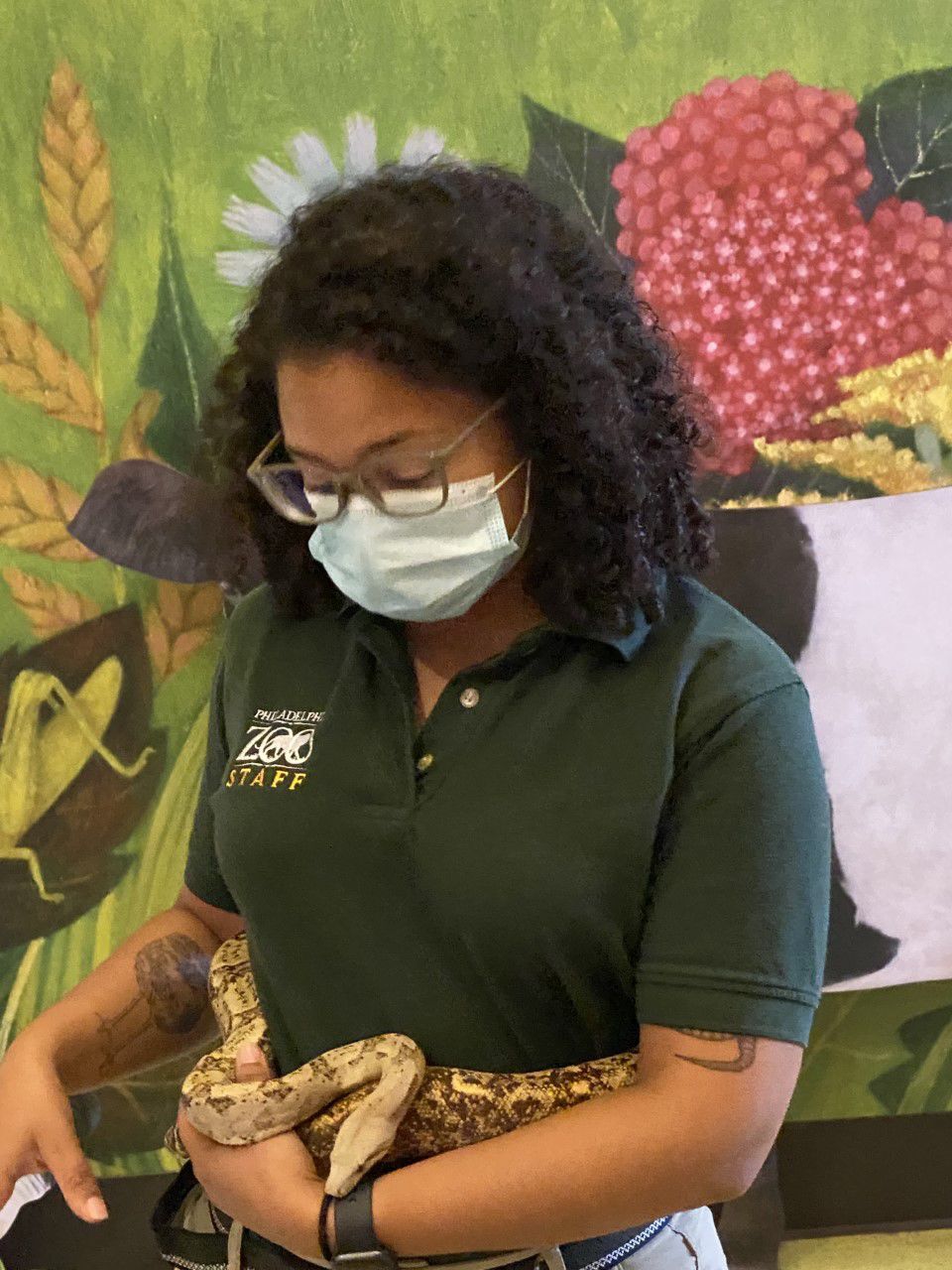 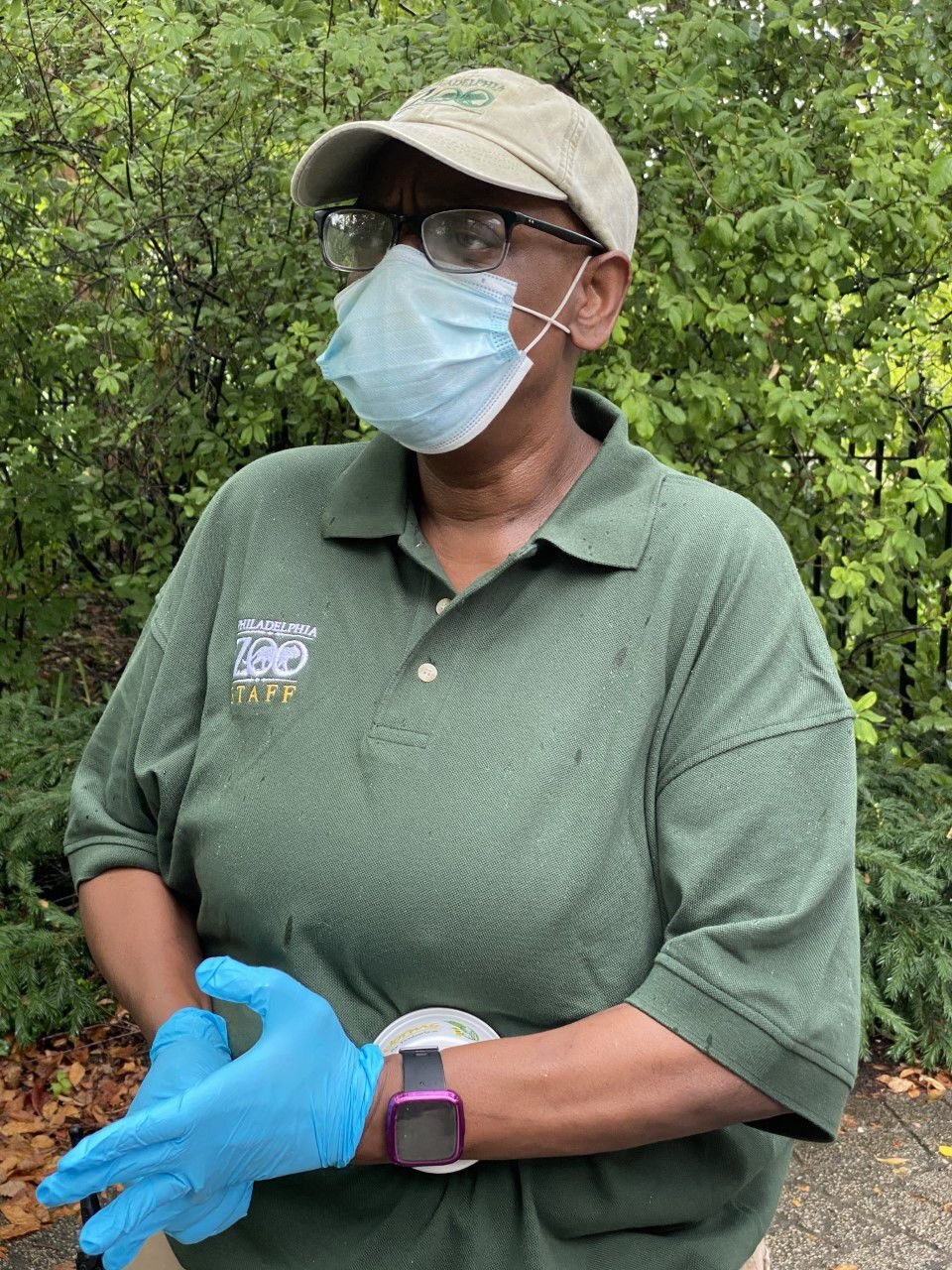 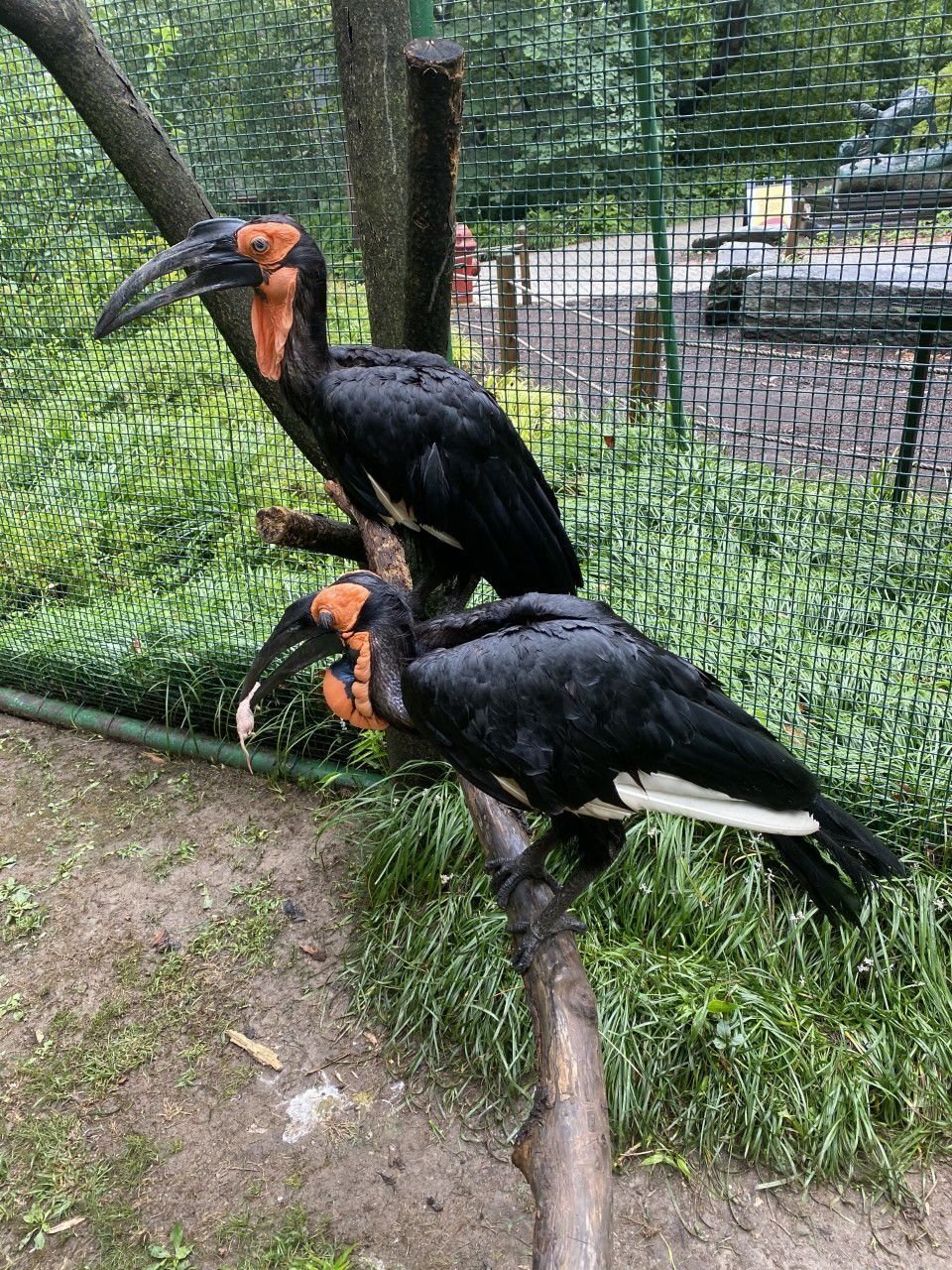 Cleo and Oscarina, two Southern ground hornbills, at the McNeil Avian Center at the Philadelphia Zoo. 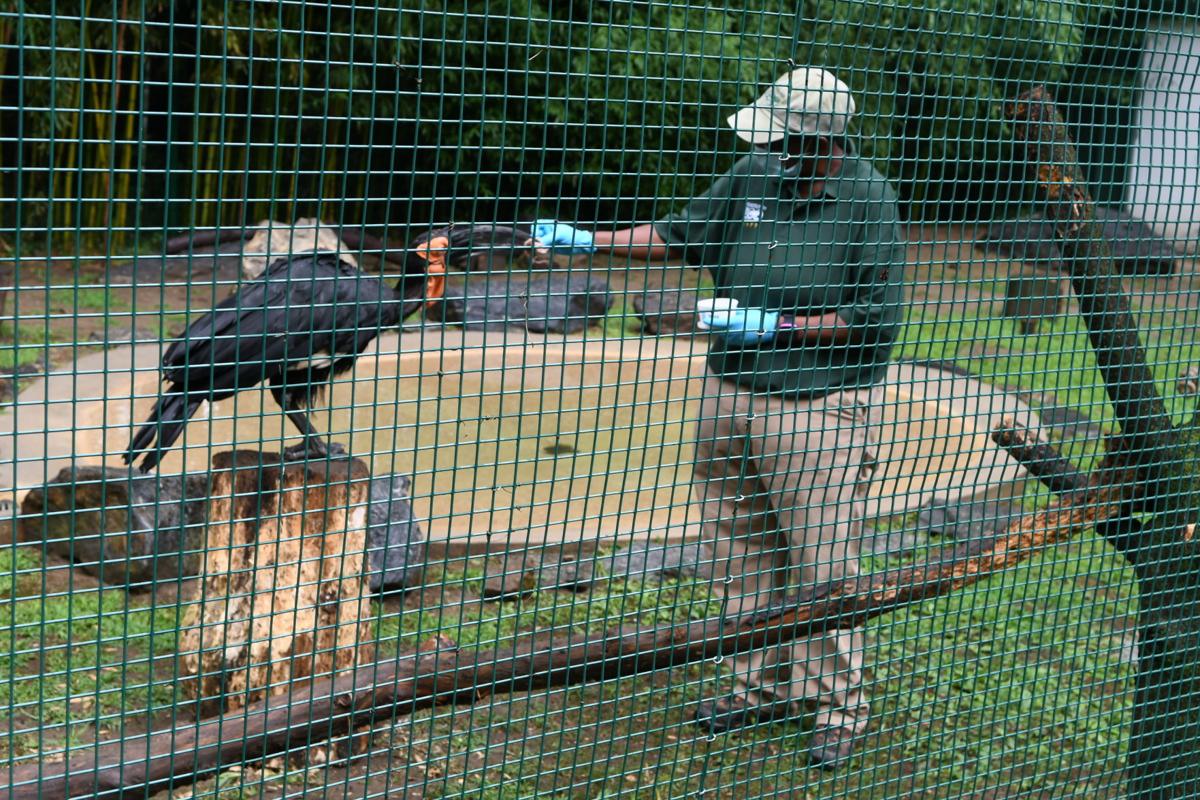 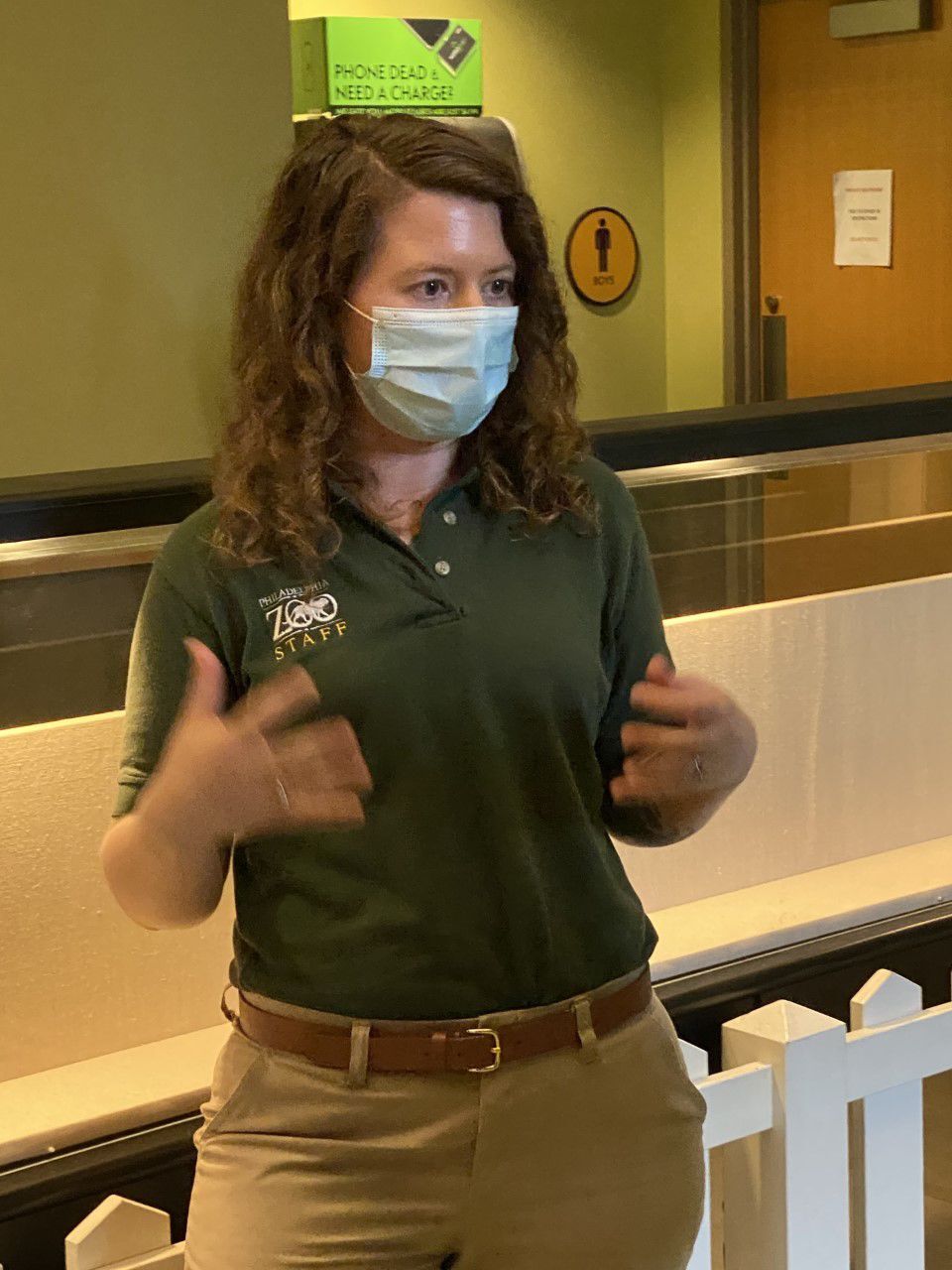 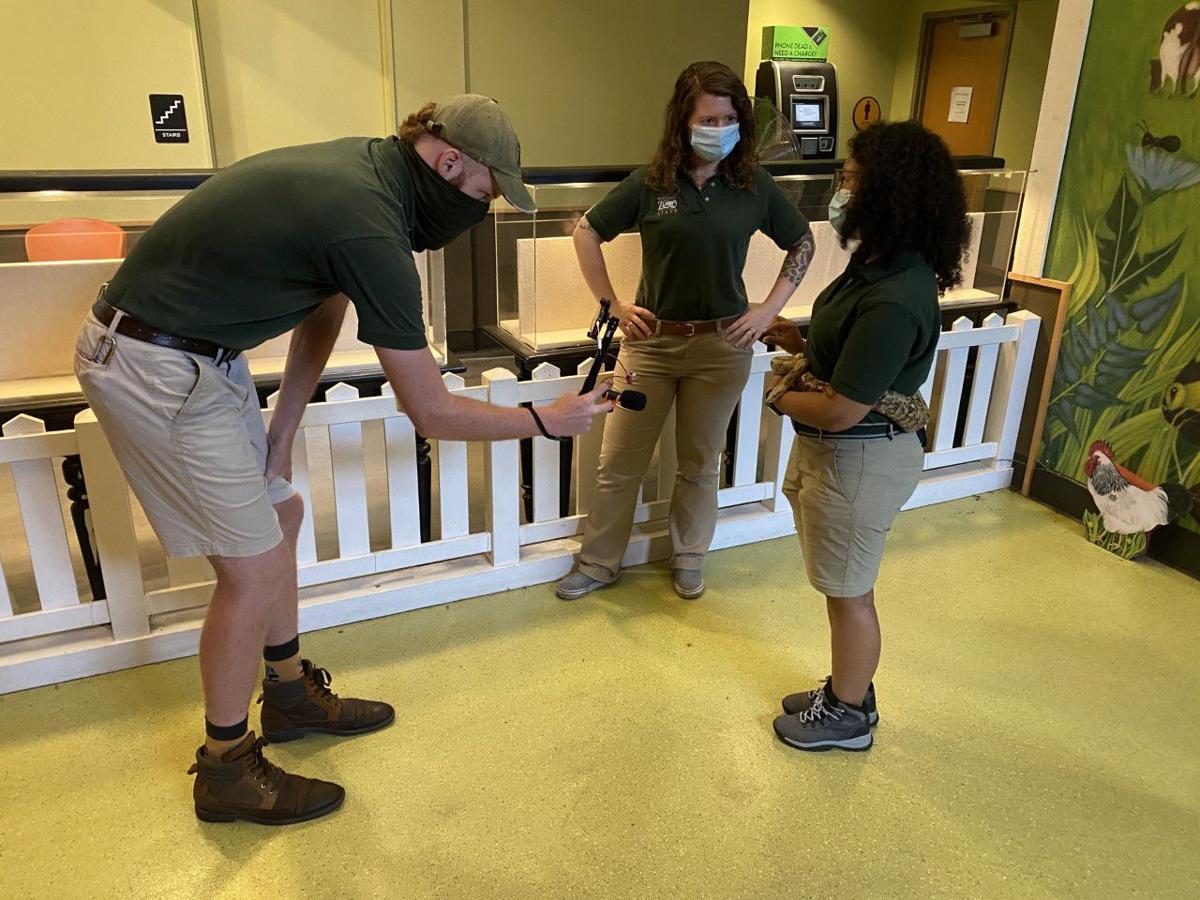 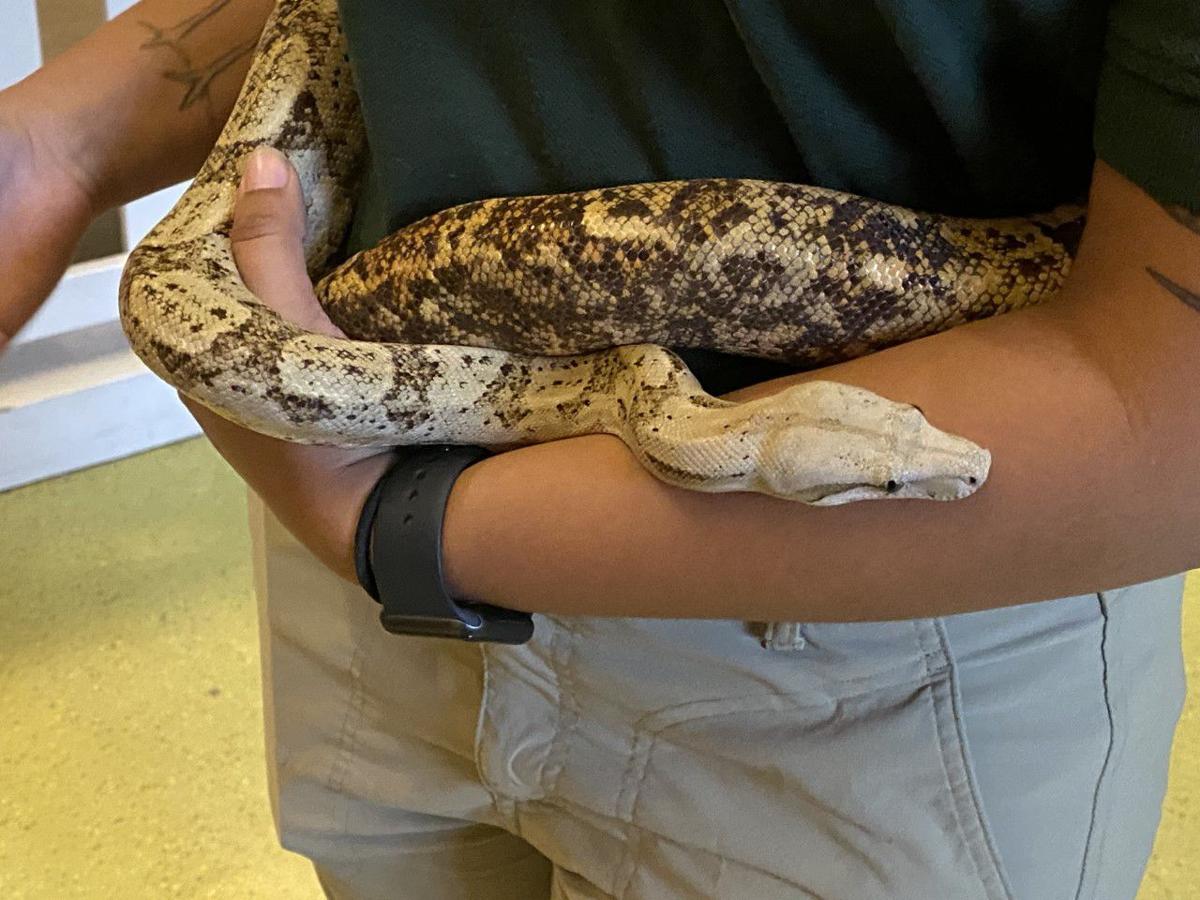 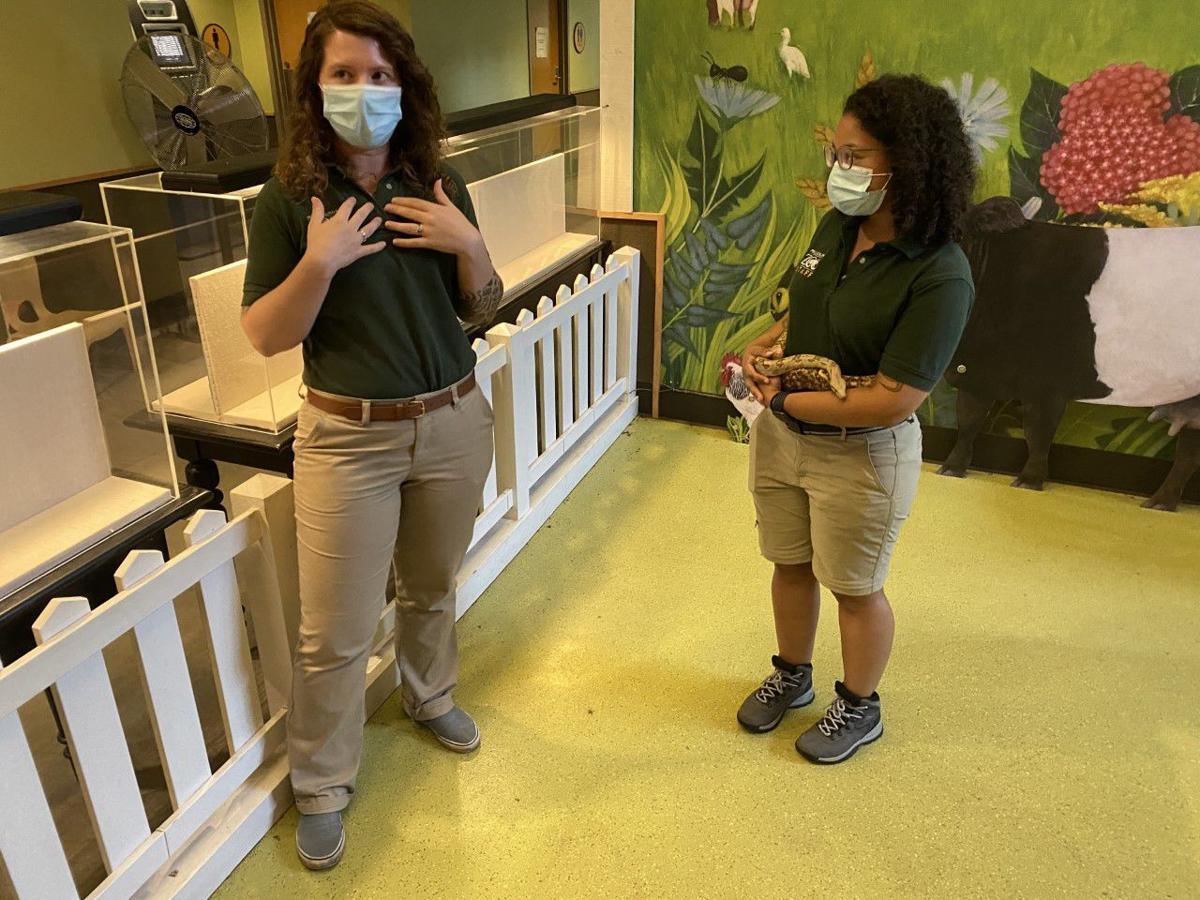 The entrance to the Philadelphia Zoo. —Tribune Photos/Abdul R. Sulayman

Cleo and Oscarina, two Southern ground hornbills, at the McNeil Avian Center at the Philadelphia Zoo.

Before the novel coronavirus pandemic, Gianna Ross exhibited animals from the Philadelphia Zoo’s collection to a few dozen people at a time at schools and community events.

Now she has thousands tuning in.

Recently, Ross, a learning and engagement specialist, had just signed off from a weekly Philly Zoo at 2 Facebook Live program inside the KidZooU education center. Still wrapped around her waist was Wilbur, a 7-year-old Hog Island boa constrictor.

“To have everything kind of halted was really a shocker,” Ross said. “Once COVID happened, we had to figure out a way to connect with people.”

“It was a spark to really expand and elevate our presence,” Lewis-Waldron said.

Days after the zoo closed in March, it launched Philly Zoo to YOU, a virtual zoo of sorts that offers videos, including Philly Zoo at 2, educational activities and games. One Facebook video from early August garnered more than 30,000 views.

The zoo was closed to the public for 111 days before it reopened in early July, the longest stretch in its 146-year history.

While revenues dried up, the zoo still had a significant amount of ongoing expenses, including food and care for the animals and new investments in safety, said zoo president Vikram Dewan.

“In contrast to other places that are able to close down and limit their operations, we were not able to do that through that period that we were closed,” Dewan said.

The financial toll from the pandemic is expected to be between $12 million to $15 million this year, due to the drop in ticket sales, reduced hours, and expenses for protective equipment and technology upgrades.

The Zoological Society of Philadelphia, which owns and operates the zoo, took in $36.1 million in revenues while expenses were $43.5 million in the previous fiscal year that ended in February 2019, according to its most recent tax filing. The society’s net assets that year were $95 million, which included a $16.7 million endowment.

To make up for lost revenues this year, zoo leadership laid off some employees, cut expenses, and dipped into its reserves, but Dewan declined to provide specific details.

Dewan earned around $586,000 in total compensation in 2018, according to the society’s latest tax filing. Zoo spokeswoman Dana Lombardo said in a followup email that Dewan and zoo leadership took a pay cut but did not reveal specifics.

The society also reaped $3.4 million through the federal Paycheck Protection Program, Lombardo said. The zoo has raised approximately $6 million this year through a fundraiser launched in March and other sources, she said.

Before the pandemic, the zoo was the most visited Philadelphia attraction, drawing more than 1 million visitors annually, Dewan said.

Today at the height of the zoo’s busy summer season, visitor capacity is limited to at least 50% and all indoor attractions are closed. Visits are by appointment only and made through a new online portal, ensuring admittance to the zoo is as touchless as possible.

As another cost-saving measure, the zoo will reduce its current seven-day-a-week schedule to three after Labor Day, opening only on Fridays, Saturdays and Sundays. In the past, busloads of students on class trips would fuel the zoo’s weekday attendance during the fall. But that is off the table now that Philadelphia and most regional schools will start the year virtually with no in-person instruction.

Dewan said the zoo is not in danger of closing and he is not looking for a financial bailout, considering the challenges facing the city and state.

“If there were a possibility for more [funding], we would be very grateful but I don’t think it would be prudent or responsible to expect that,” Dewan said. “I don’t think we’re looking for a bailout in any way. We want to continue to operate financially responsibly.”

Animals have noticed the lack of human visitors.

Toni Flowers, a lead birdkeeper and 21-year employee, has seen behavioral changes in some of the birds she cares for, which she pinned on the drop in attendance.

Some birds that shun the squeals of children now confidently strut their stuff out in the open, she said.

“So now that it’s been so quiet in the birdhouse, some of our birds that are a little more hard to find usually are out on the path, they’re hanging out,” Flower said.

Whereas others, like a pair of Southern ground hornbills named Cleo and Oscarina, crave the attention of visitors.

“They seem to be really into people,” Flowers said after feeding the long-billed African birds an afternoon snack of mice and bugs. “Now that people have started coming back, you see they’re right up front with the people.”

As an essential employee, Flowers and others worked during the lockdown to care for the zoo’s birds and give more attention to those attention-hungry fowl.

The zoo added a few new members in the last few months, including a flamingo chick (born at the zoo) and pair of black-and-white ruffed lemurs.

But the limited attendance and quiet at the zoo during the summer season has been surreal, Flowers said. She’s looking forward to when things return to normal.

“I used to laugh about the school kids and their screaming and yelling and making all this noise and stuff, but now I miss it,” she said before bursting into laughter.

The Jones family appeared to have the zoo all to themselves shortly before closing time on a recent weekday.

Gelinda and Mike Jones were there with their two children, Gavyn Jones, 8, and Alex Hendricks, 12. Clad in masks, the family of four had traveled from their home in Washington, D.C., to visit the zoo for the first time.

The family felt compelled to visit the Philadelphia Zoo after they recently visited the Smithsonian’s National Zoological Park.

Gelinda Jones said she felt safe visiting the Philadelphia Zoo with the safety requirements put in place and wide availability of hand sanitizer. Gavyn, wearing a mask with a tiger on it, said ducks were his favorite animal at the zoo.

“We weren’t apprehensive about coming,” Gelinda Jones said. “We did our research.”

Like many cultural institutions across the country, the Kimmel Center for the Performing Arts has been devastated by the coronavirus pandemic.…

Philadelphia Zoo lights up its front to thank the front line

Philadelphia Zoo has lit up three of the enormous 80-foot-tall trees at the Main Plaza with dazzling blue lights to thank the front line.