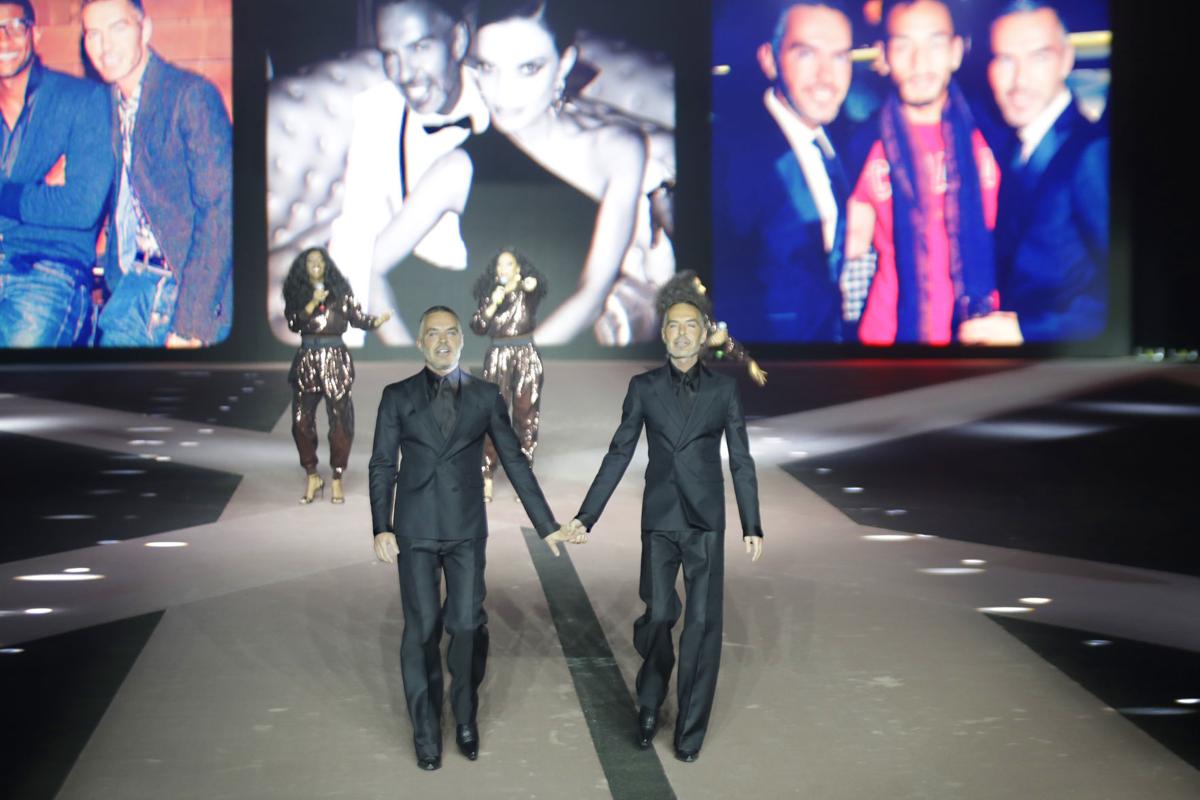 Designers Dean Caten and Dan Caten accept applause with Philly natives Sister Sledge in the background at the end of the Dsquared2 men’s Fall-Winter 2020/21 collection, that was presented in Milan, Italy, Friday, Jan. 10, 2019. 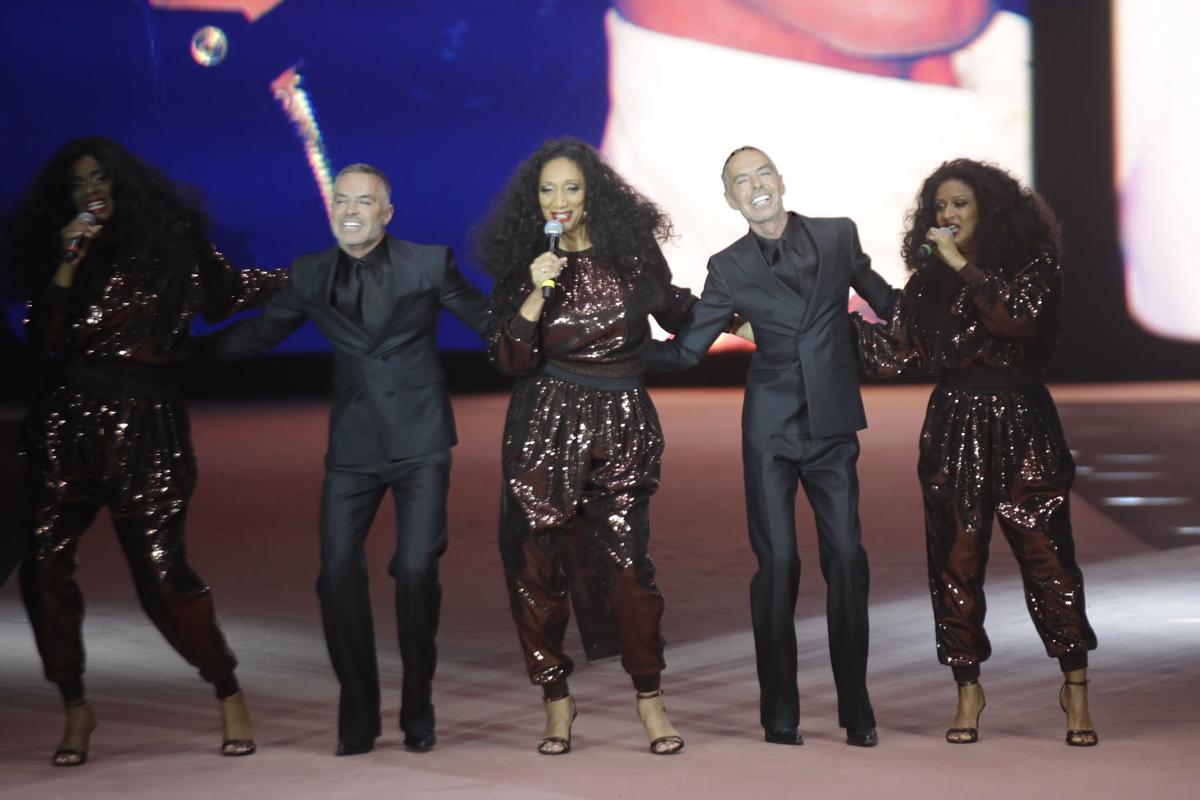 Designers Dean Caten and Dan Caten accept applause as they are joined by members of Philadelphia-born and bred Sister Sledge, at the end of the Dsquared2 men’s Fall-Winter 2020/21 collection, that was presented in Milan, Italy — AP Photos/Luca Bruno 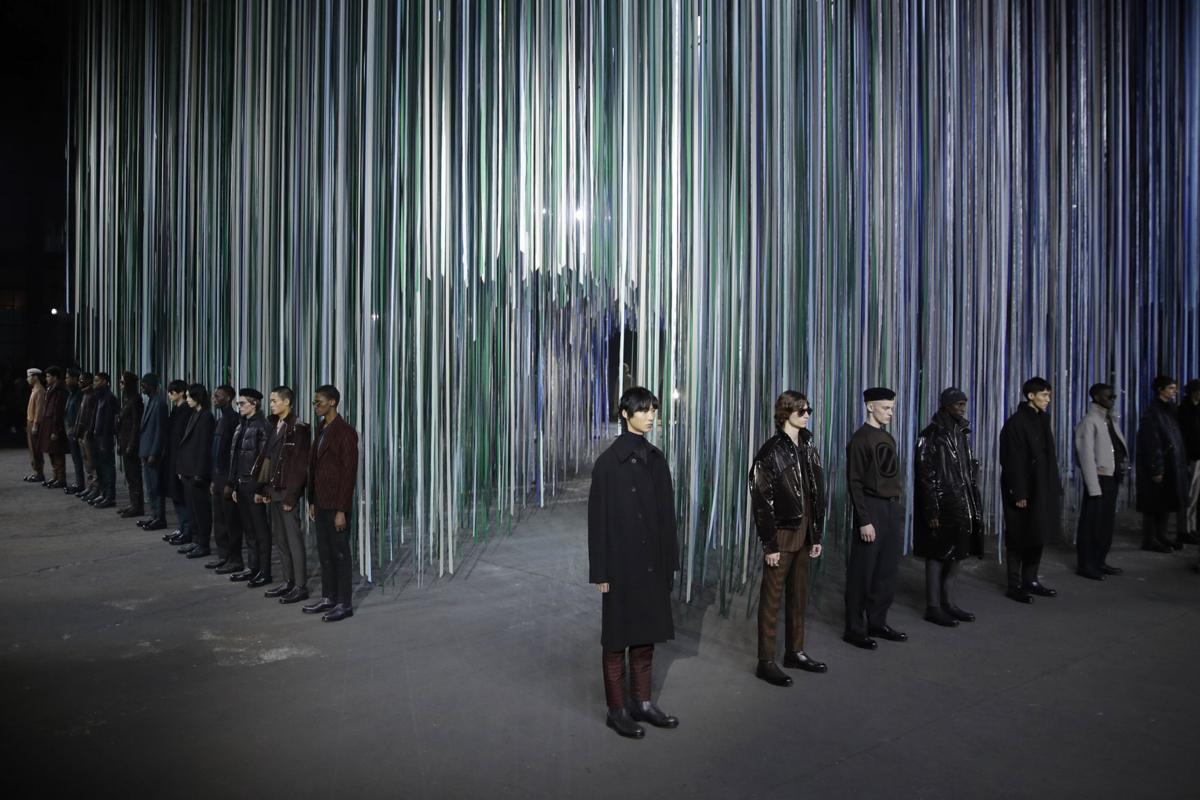 Models wear creations as part of the Ermenegildo Zegna men’s Fall-Winter 2020/21 collection, that was presented in Milan, Italy, Friday, Jan. 10, 2019.

Designers Dean Caten and Dan Caten accept applause with Philly natives Sister Sledge in the background at the end of the Dsquared2 men’s Fall-Winter 2020/21 collection, that was presented in Milan, Italy, Friday, Jan. 10, 2019.

Designers Dean Caten and Dan Caten accept applause as they are joined by members of Philadelphia-born and bred Sister Sledge, at the end of the Dsquared2 men’s Fall-Winter 2020/21 collection, that was presented in Milan, Italy — AP Photos/Luca Bruno

Models wear creations as part of the Ermenegildo Zegna men’s Fall-Winter 2020/21 collection, that was presented in Milan, Italy, Friday, Jan. 10, 2019.

MILAN — Milan Fashion Week opened Friday on a festive note, with Sister Sledge dressed in shimmering jumpsuits belting out their hit “We Are Family” to fete Canadian twins for the 25th anniversary of their Made-in-Italy brand.

The celebratory runway show kicked off nearly five days of fashion previews of mostly menswear for the next cold-weather season. The Milan calendar is ever-shifting and some fashion houses, like DSquared2, chose the lower-key menswear week to show off both men’s and women’s collections side by side.

Some notable Milan mainstays like Versace were missing from the calendar, opting to merge womenswear and menswear together for the first time during next month’s shows, while Jil Sander chose to show at Florence’s Pitti Uomo earlier in the week. Gucci, which returned to Milan after decamping to Paris for the last menswear turn last June, will close fashion week Tuesday.

Highlights from the shows:

Always fun and just a tad outlandish, the creators of DSquared2 Dean and Dan Caten marked the silver anniversary of their Milan-based brand, taking the fashion crowd on a trip down memory lane.

The Canadian twins treated the crowd to a slide-show of 1960s childhood photos and career highlights after they burst onto the Milan fashion scene with their reinterpretation of rugged Canadian style with sexy Italian flair.

The collection was disciplined, hewing to the fashion house’s cold-weather credo of outsized Canadian outerwear of fur, leather, down-fill and checked flannel over snug, hip-hugging, mini and midriff-baring looks. She wore his woolen waistcoat topped with a rich fur shawl collar and leather short-shorts with holster pockets. And he layered her sheer cardigan with a checked flannel top and shearling coat over distressed skinny jeans and boots.

The collection was all about combining elements — big detachable collars, shirts, hats, leather pants, chaps, fringe and knitwear — mixed and matched across genders, to cover and uncover as much as temperatures dictate and fashion allows, or temperatures allow and fashion dictates. The designers showed a tinge of nostalgia by evoking the 1970s syndicated newspaper comic strip ‘’Love is ...’’ on knitwear.

Closing the show, Sister Sledge tacked on ‘’and brothers’’ to the familiar chorus, ‘’I got all my sisters with me’’ of their 1979 hit “We Are Family.’’ Their attempts to get the crowd to sing along fell on deaf ears.

Thick nubby wool trousers and a relaxed feel. Intarsia knitwear was as neat as a manicured estate. Knit berets fell softly on the head.

Bomber coats were the power statement of the season, padded and bulky in black leather over a three-button suit, or richly patterned in peacock blue and purple over shimmery green trousers.

Zegna also launched a new Z logo on belts and sweaters, a big rounded letter as bold as a street sign.

Zegna in recent seasons has adopted the hashtag #usetheexisting and won recognition last year from the Italian National Fashion Chamber for including 10% upcycled materials in the Spring/Summer 2020 collection previewed last June. While maintaining the hashtag, the fashion house provided no stats for the Fall/Winter 2020/2021 collection.