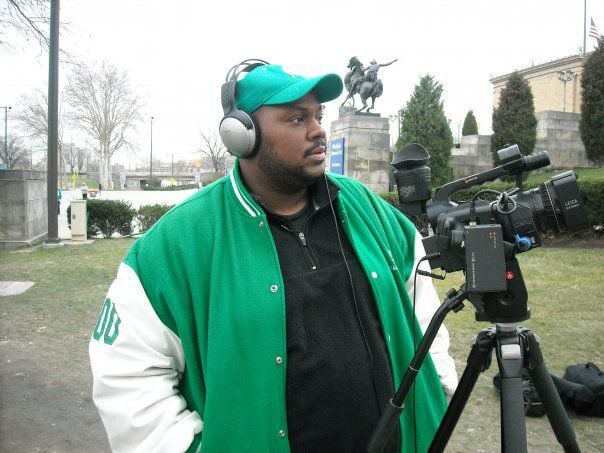 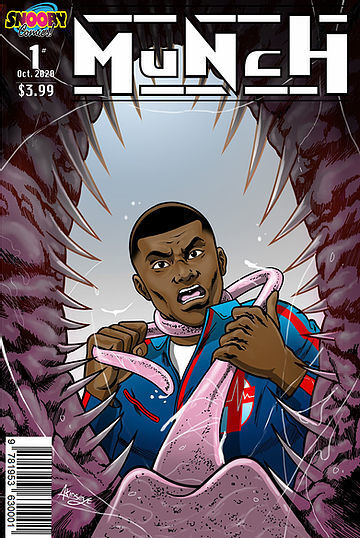 A Philadelphia high school teacher has published the first edition of a new comic book series.

The new comic book follows an alien who arrives on Earth after crashing during an intergalactic battle. While initially planning to take over the planet by eating humans, the alien soon places himself in other people’s shoes and learns to improvise.

“Munch is a black and white science fiction book,” Newby said. “The book focuses on the idea of empathy and putting people on polar sides of an argument together to improvise.”

“The story can be satirical at times but also action and family oriented. However, all of these ideas are used without actually talking about them.”

“Munch” is illustrated by Philadelphia native and artist Akinseye Brown. It is the first book of 12 issues.

Newby, who read his first comic book at nine years old, said it was always a dream of his to write his own comic book.

“When I was a kid, I read an issue of ‘The Uncanny X-Men 162’ and it was the first issue of Wolverine by himself,” Newby said. “Reading that issue was a game changer for me. It was the first comic book that was completely different from anything that I ever read before.”

“I became a fan of comic books and even became a comic book collector. Moving forward, I knew that not only did I want to be a filmmaker when I grew up, but I also wanted to write my own comics,” he said.

Newby started his teaching career in 2011 at West Philadelphia High School. He would later teach the career and technical education program in film at Samuel Fels High School before taking over the same program at Lincoln High School in 2016.

As a teacher, he has taught his students about film making, broadcast journalism, audio visual communications and multimedia arts.

“I never thought that I would find something that I would enjoy as much as film making, but I did and I found it in teaching,” Newby said. “I’m really enjoying teaching my students about the arts and giving them the space and the support in my classroom to discover themselves.”

A native of Philadelphia, Newby, 48, became interested in filmmaking at a young age. He would go on to have an illustrious career as a filmmaker, producer, writer, and publisher.

He also wrote, produced and directed several projects including a feature film, “Dirty Laundry,” which won a Best Director Award at the Atlantic City Film Festival and a Best Feature Film Award in 2002 at the Philadelphia International Film Festival.

“I’ve always been intrigued by movies since I was a kid,” Newby said. “I saw my first movie at age three and it was a Godzilla picture.

“After seeing ‘E.T. The Extra Terrestrial’ and then discovering the role of a movie director from the fame of Steven Spielberg, I learned that making movies was a job. I knew immediately that my career path was chosen,” he said.

“As long as I can think, breathe, and move, I will always make movies,” Newby added. “Filmmaking is just that important to me. If I could, I would spend all day just making movies.”

Monterio encouraged Newby to participate in the Black Historical Oratorical contest where he would win first place with his speech “Apartheid, the Struggle Continues.”

He would present his speech at major events and colleges all over the city and was honored on prime time national television, along with then retired Supreme Court Justice Warren Burger at the Constitution Bicentennial celebration.

He would later attend The Philadelphia High School for Creative and Performing Arts and Community College of Philadelphia.

Newby said that having Montero as a mentor changed the trajectory of his path as a student.

“I was the kid who was always looking out the window daydreaming,” Newby said. “It wasn’t until I went to middle school and had Michael Monterio as a teacher that things started to change for me.”

“If he didn’t see in me what was possible I don’t think I would have been able to go to CAPA or achieve the things that I’ve accomplished. He really pushed me to be better and great,” he said.

In the future, Newby wants to continue to make films, write comics and teach. He’s currently working on the second issue of his comic book series.

“I’ve done some amazing things throughout my career, but I’m not done yet,” Newby said. “There are still so many things that I want to do.”

“What I would like people to take away from my story is that you can accomplish anything you put your mind to and that you can succeed by doing things the right way,” he said.