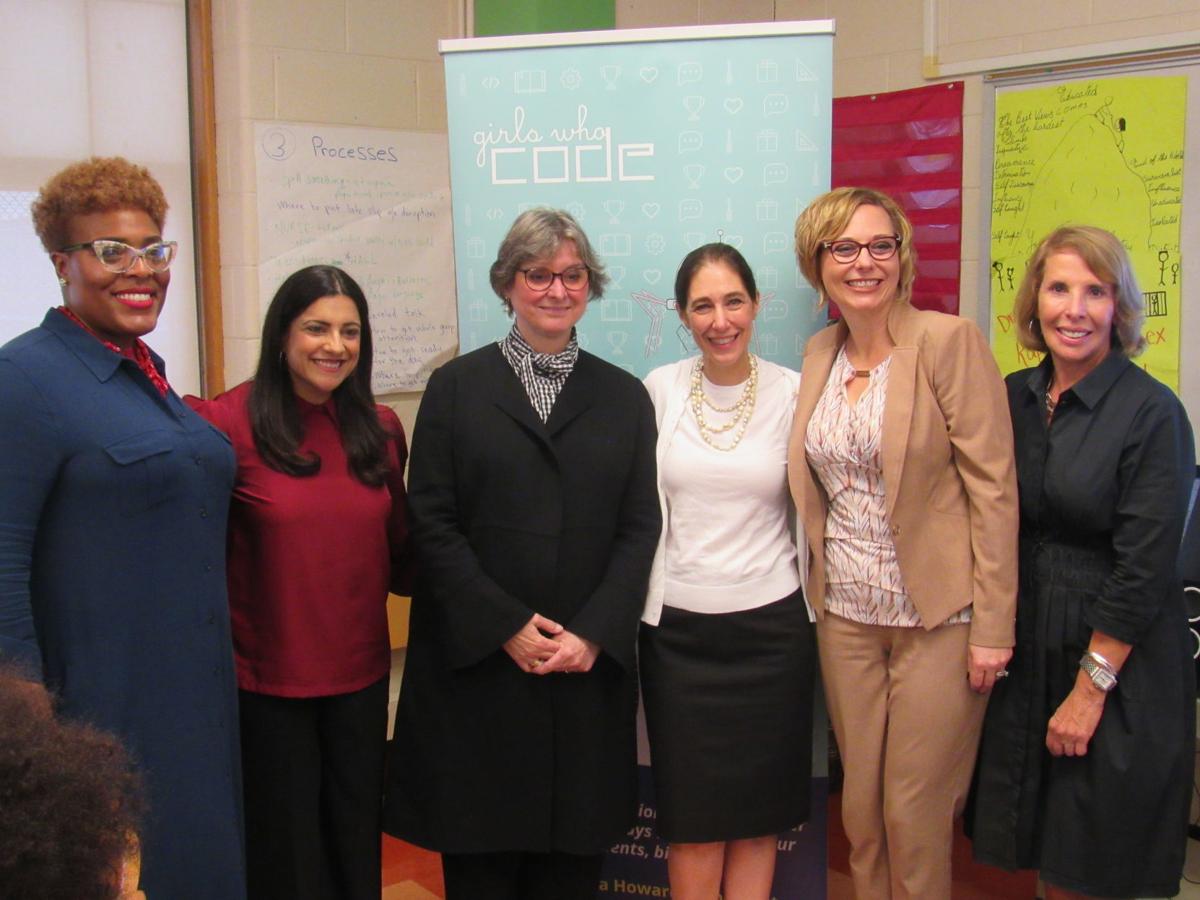 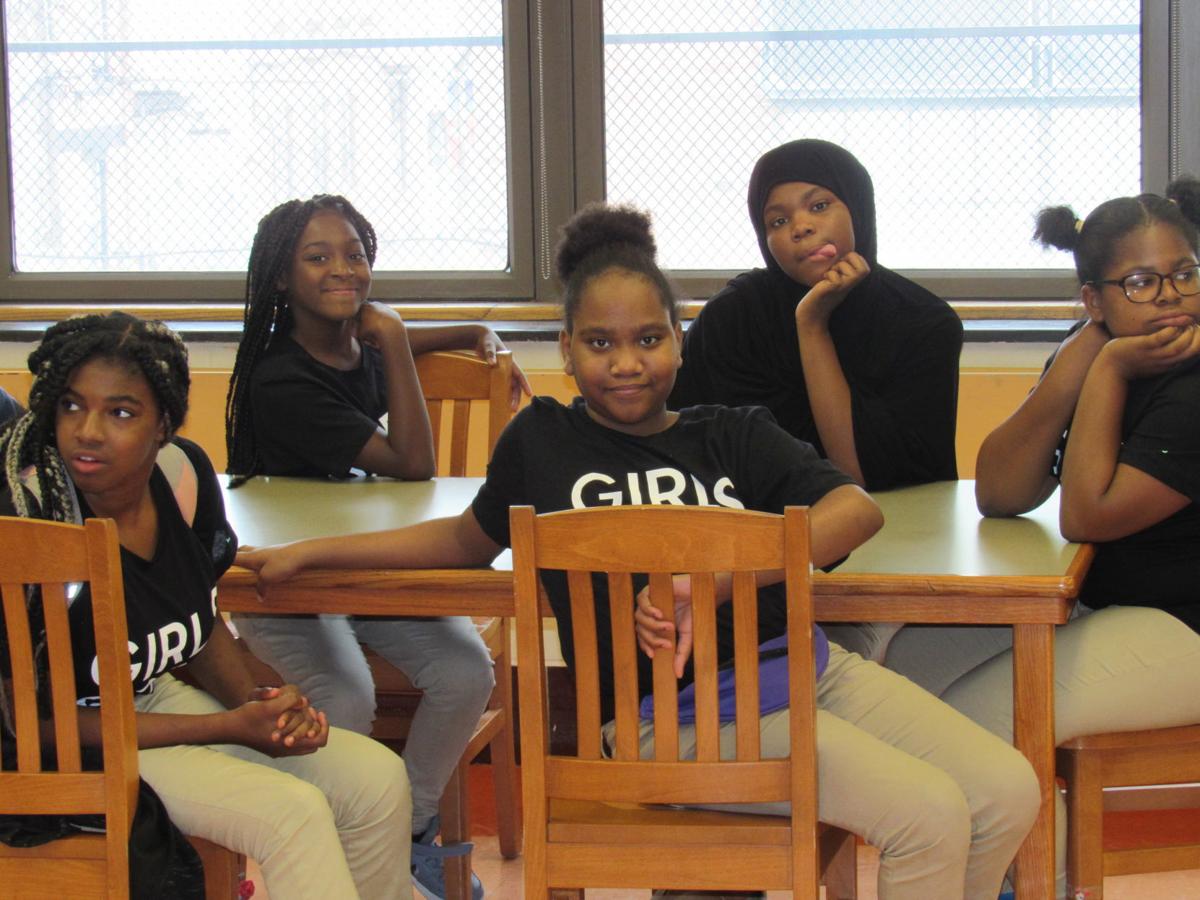 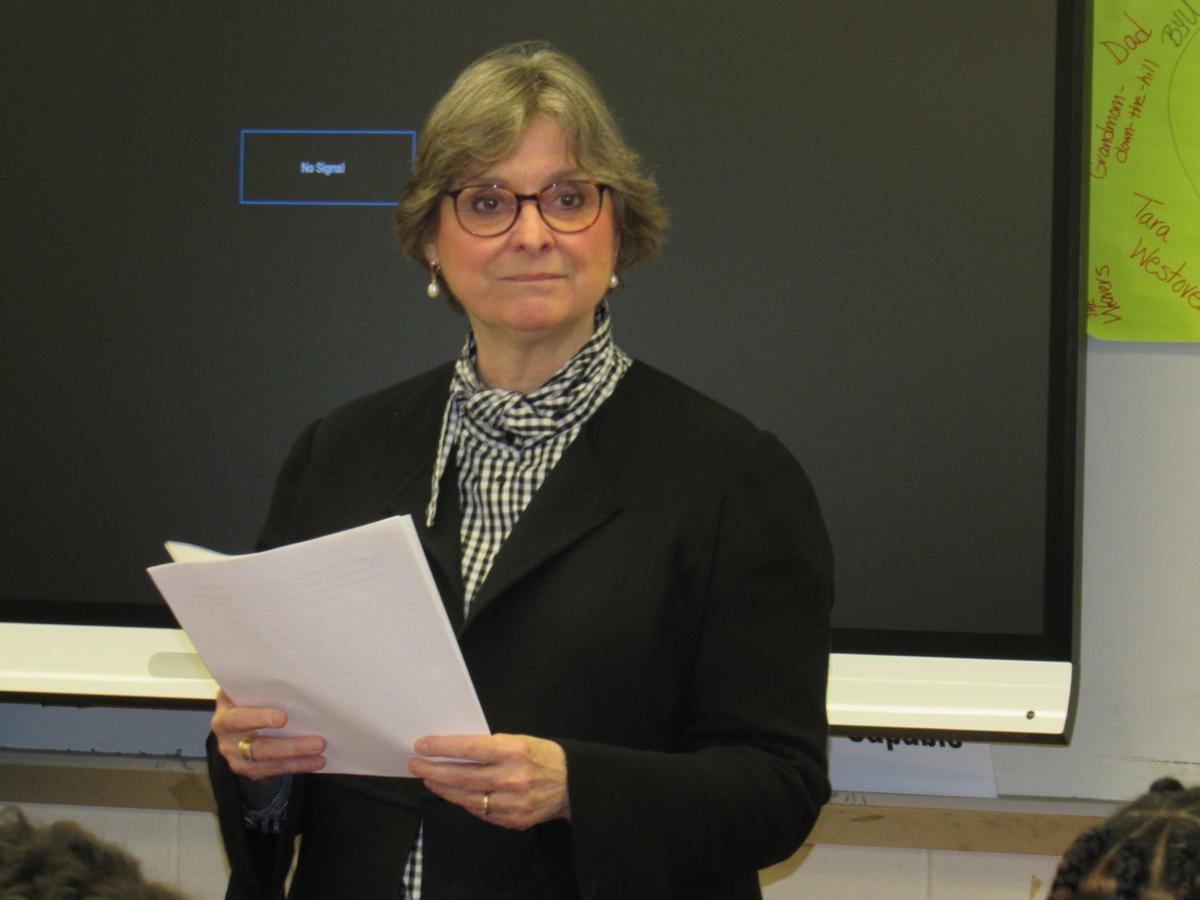 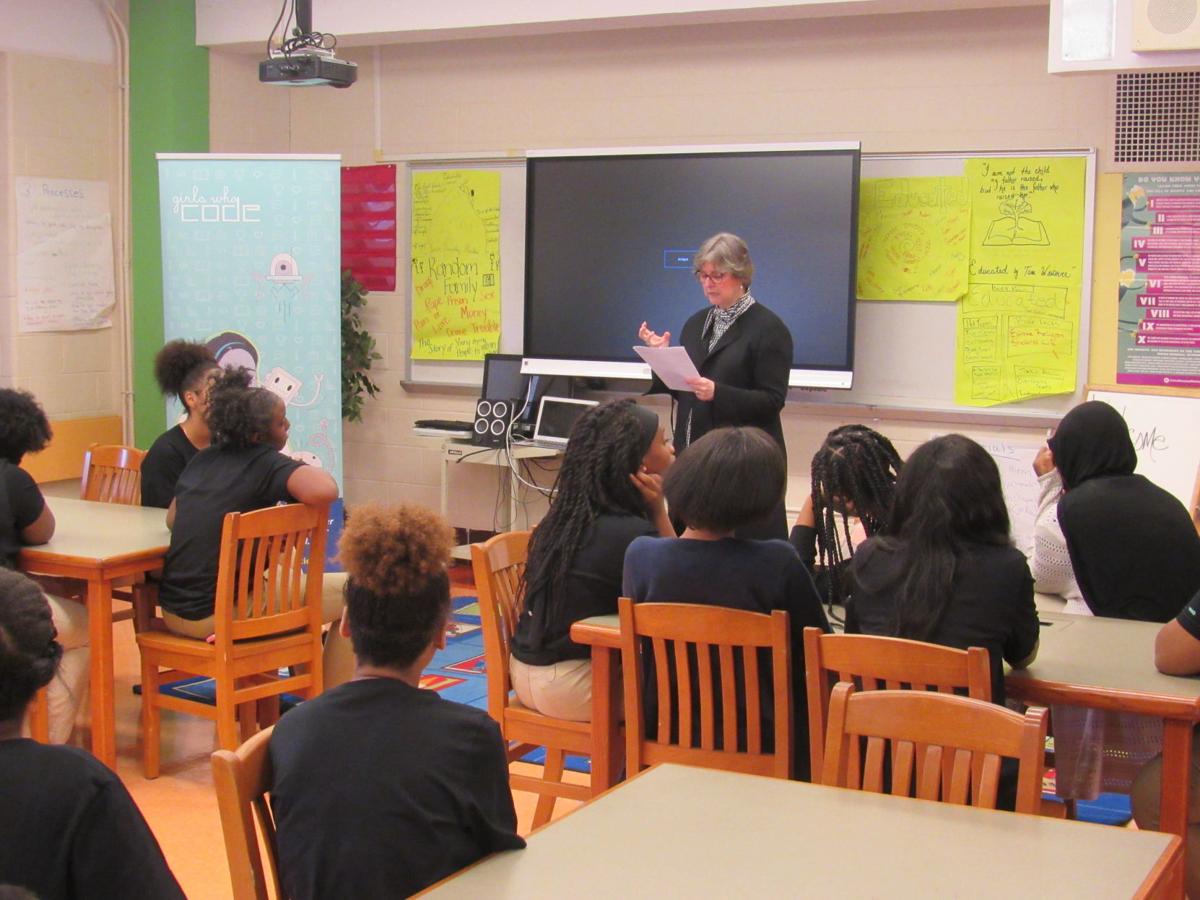 Pennsylvania's First Lade Frances Wolf speaks to students during the Girls Who Code event on Sept. 25, 2018. 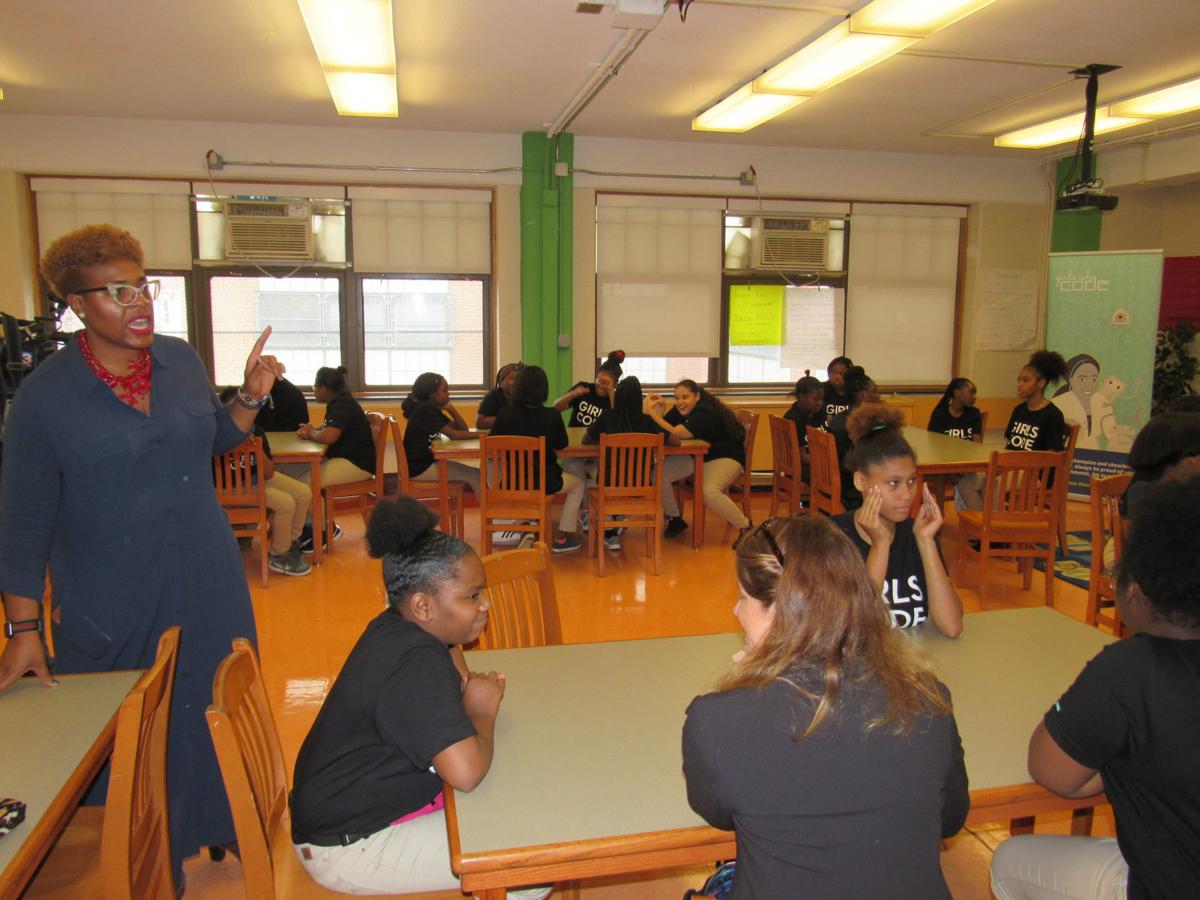 Students at William D. Kelley School listen to Principal Crystal Edwards during the Girls Who Code event on Sept. 25, 2018. 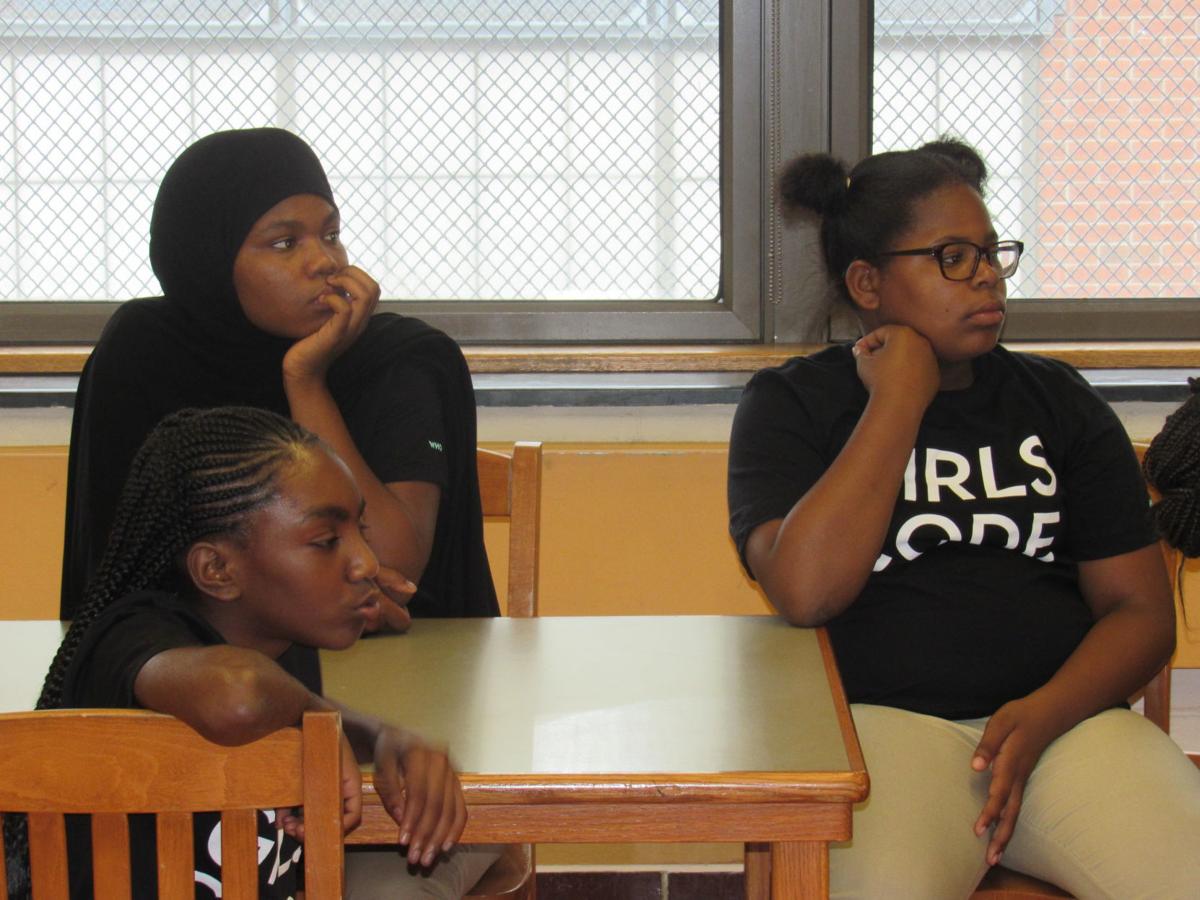 Pennsylvania's First Lade Frances Wolf speaks to students during the Girls Who Code event on Sept. 25, 2018.

Students at William D. Kelley School listen to Principal Crystal Edwards during the Girls Who Code event on Sept. 25, 2018.

Part of a $20-million investment plan by the new workforce development initiative, PaSmart, both Wolf and her husband, Governor Tom Wolf, look to increase tech resources for young women, including locally in the public schools of Philadelphia. The Wolfs are working to promote Women in Tech lesson plans for computer science classrooms to increase girls’ participation in the tech industry.

“Seventy-one percent of jobs that are out there require computer skills and for female young women students that don’t have those skills they’re going to be locked out of a whole segment of jobs that can make a difference in their lives,” said Mrs. Wolf.

Saujani founded Girls Who Code in 2012 to close the gender gap in technology. Programs are offered through school clubs for third to 12th grade and two- and seven-week summer camps. Alumni of the programs -- roughly 5,000 students -- have a higher percentage of selecting Consumer Sciences as a major in college. As Saujani's goal is to achieve gender parity in computer science by the year 2027, reaching more girls in middle and high school is paramount.

“Pennsylvania has made a commitment to tracking how are we doing in terms of race and gender; making sure all of our students have a chance to learn computer science,” said Saujani, who is proud to have reached 90,000 girls across the country.

Visiting Philadelphia, Saujani shared Black students seeking Consumer Science degrees following the programs do so at rates 16 percent higher than the national average. “Far too often these young women don’t know that the trailblazers and leaders in computer technology were women of color and we want to make sure these lesson plans get into the school system.”

HUE Summit focuses on women of color in tech

Jumoke Dada seeks to empower women of color in the tech industry by bringing the second annual HUE Tech Summit to Philadelphia next month.