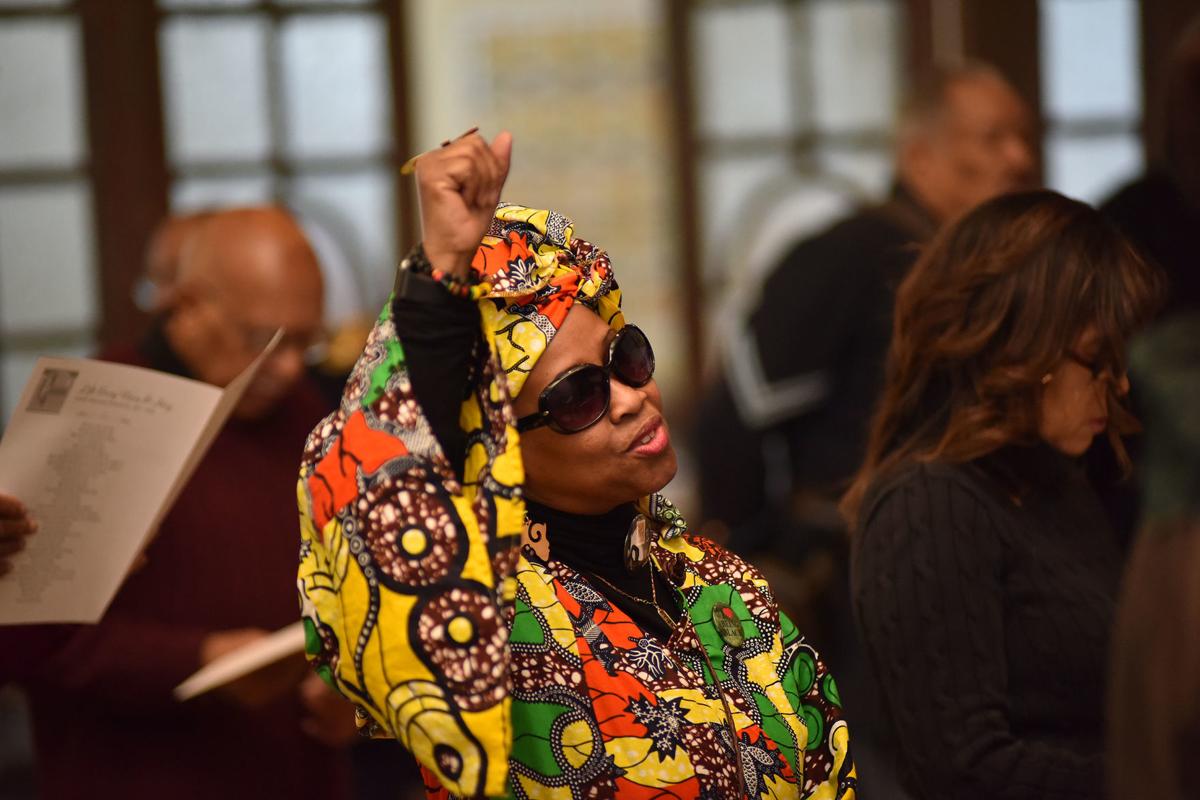 Marilyn Larke, vice president of programs for the group. 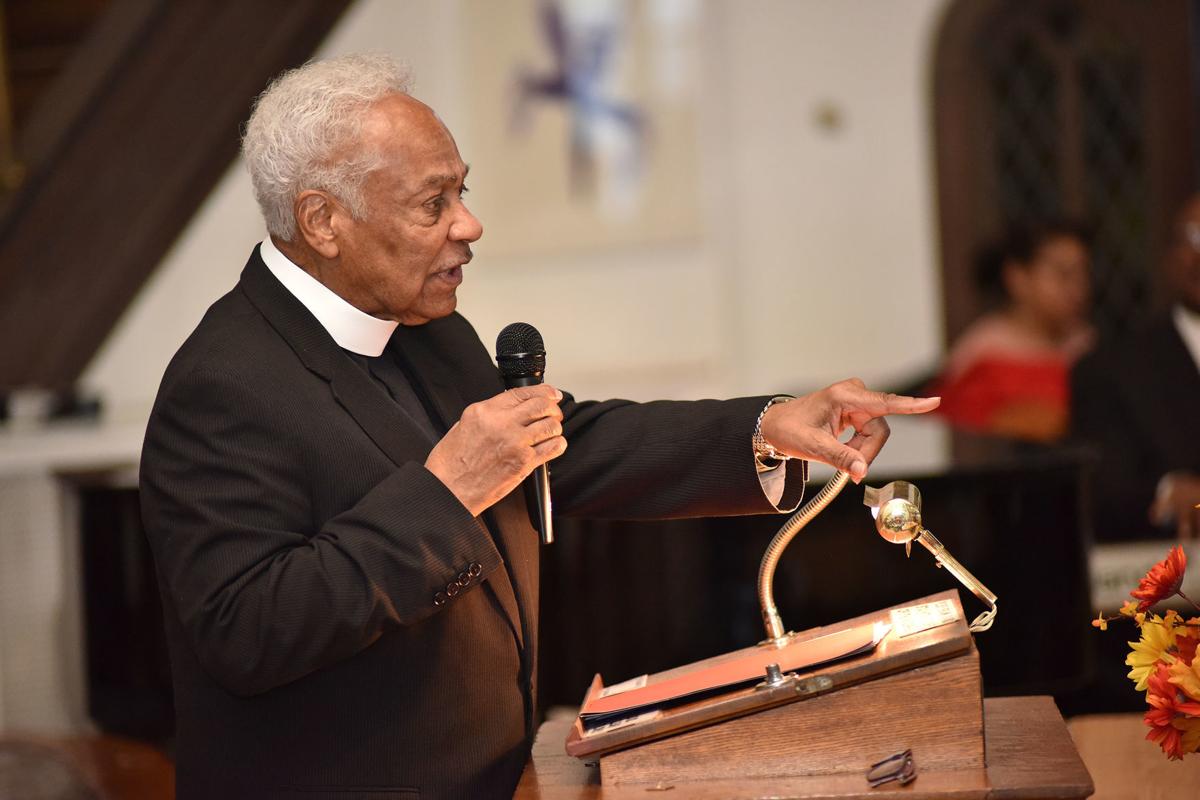 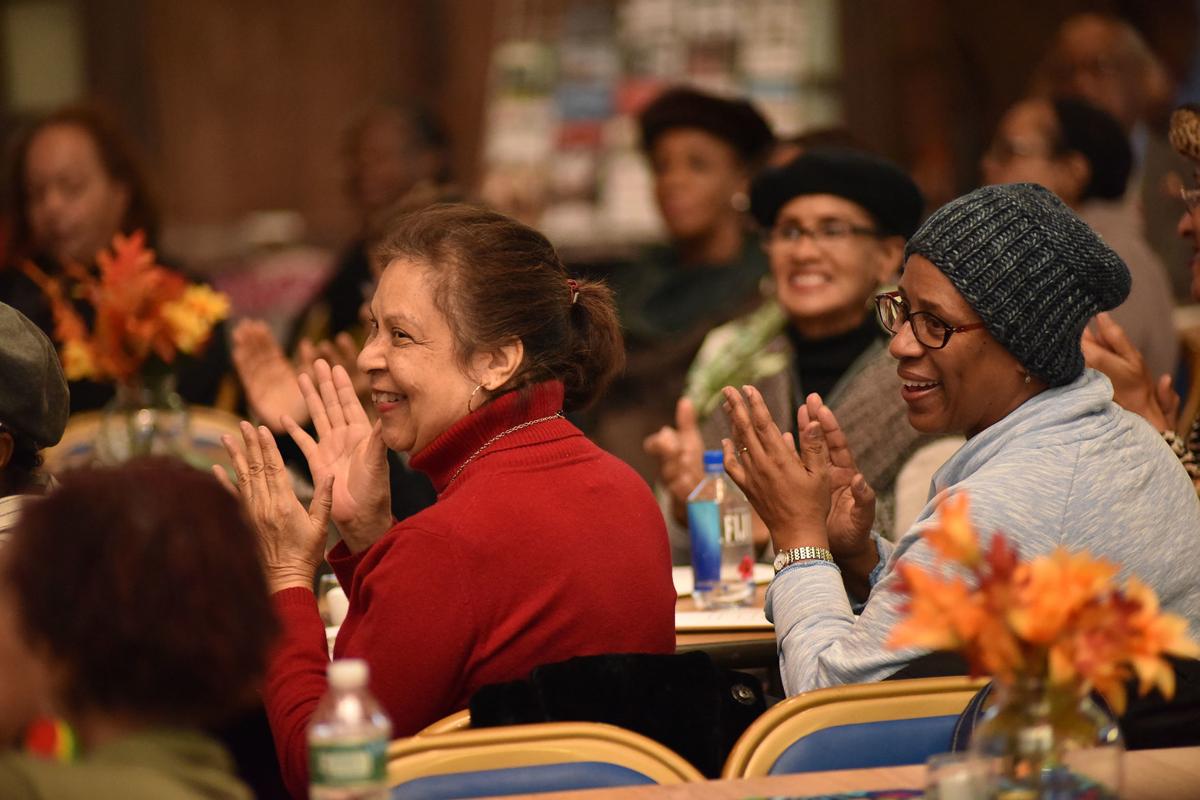 Audience applauds during the program by the Association for the Study of African American Life and History. 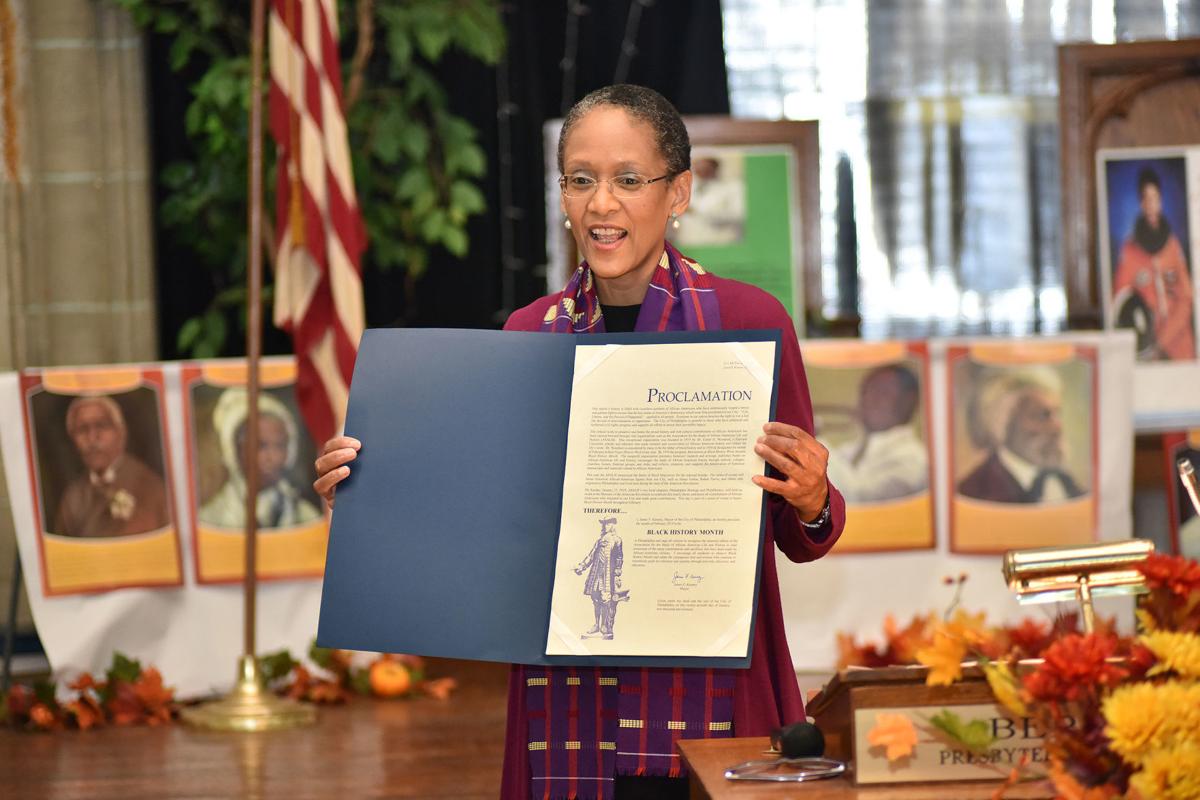 Michelle Flamer reads the proclamation declaring it Black History Month. Besides being a member of ASALH, Flamer is a dedicated trustee of the Library Company of Philadelphia. — PHOTOs/Ronald Gray 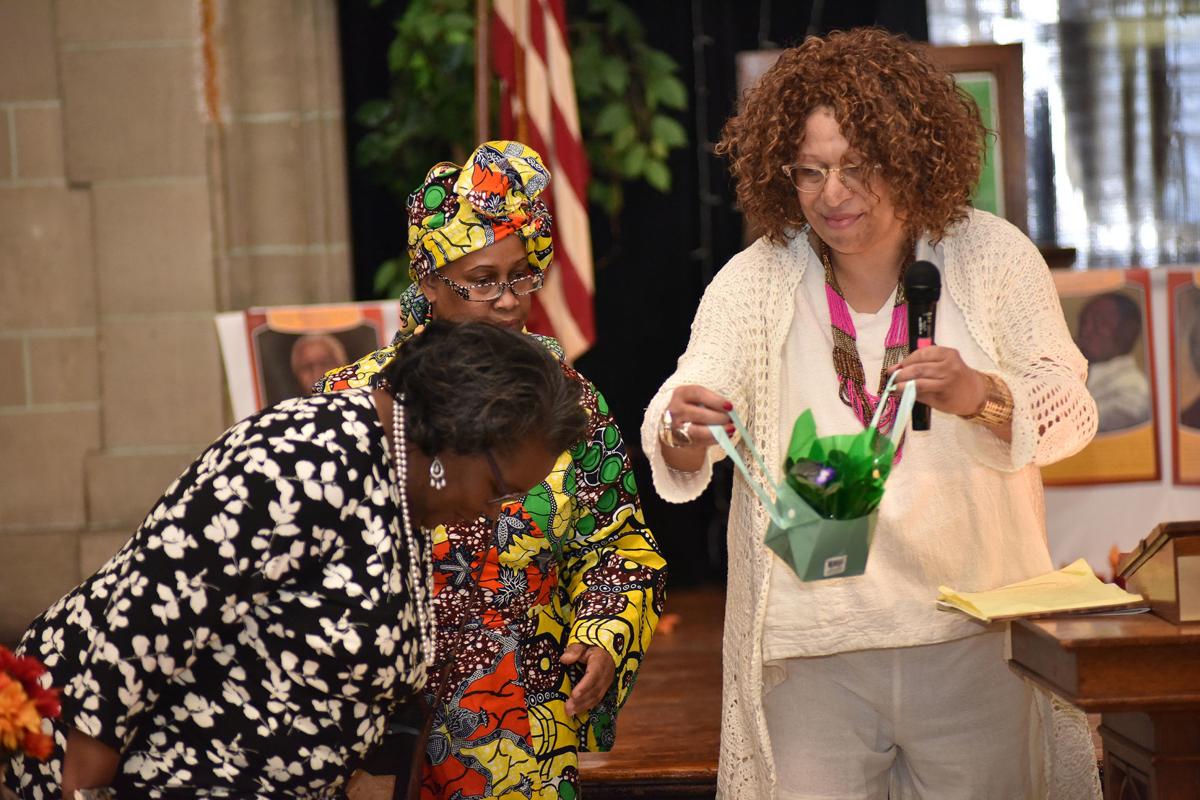 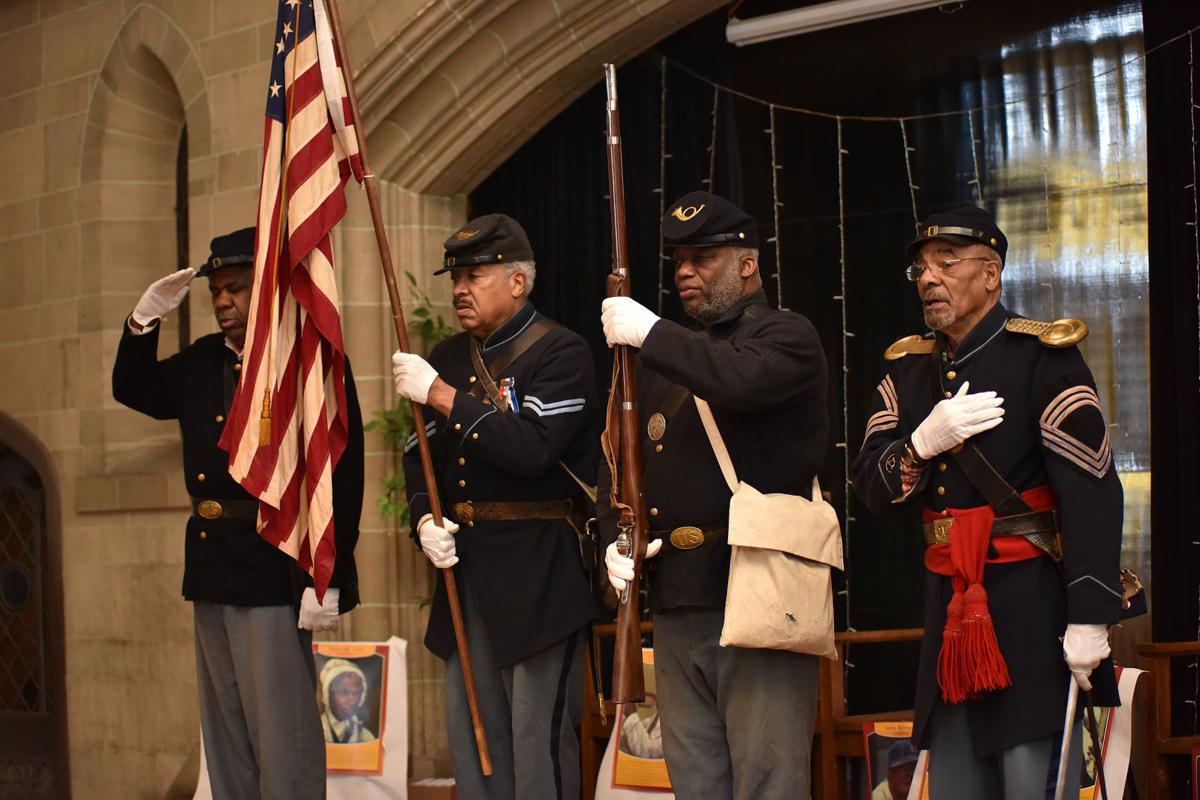 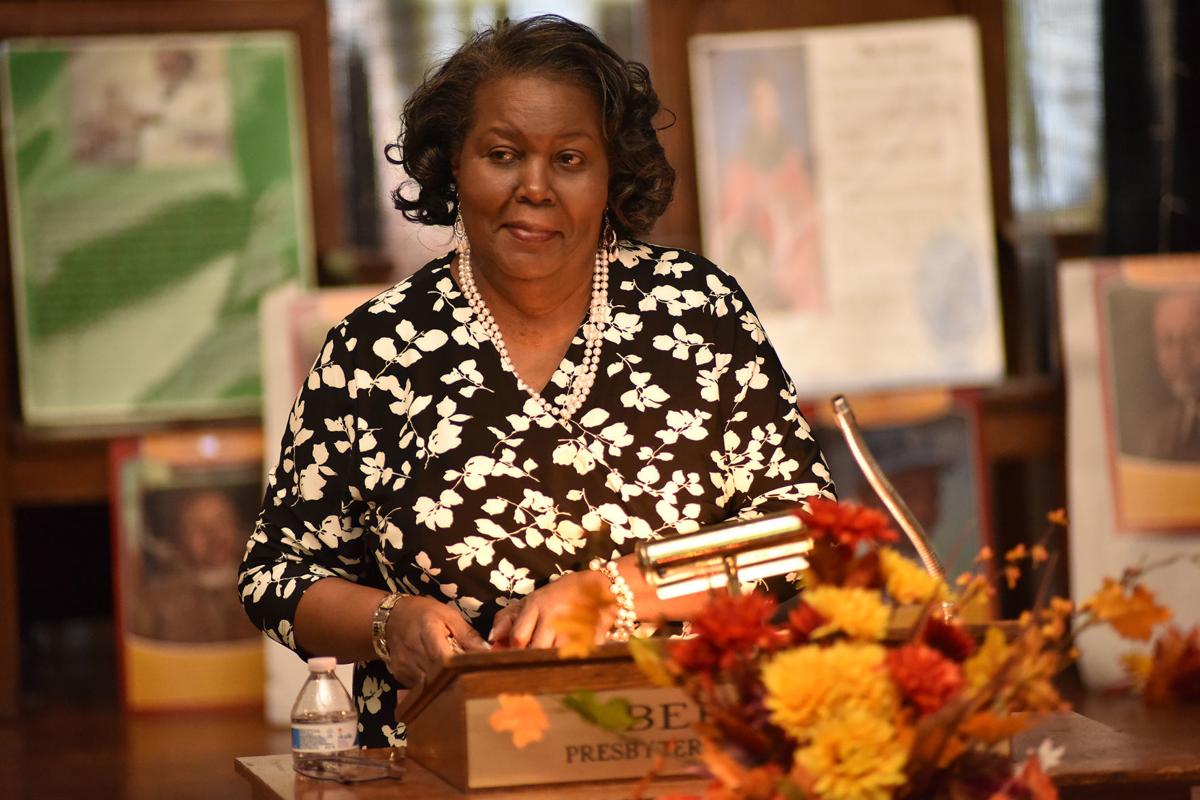 Marilyn Larke, vice president of programs for the group.

Audience applauds during the program by the Association for the Study of African American Life and History.

Michelle Flamer reads the proclamation declaring it Black History Month. Besides being a member of ASALH, Flamer is a dedicated trustee of the Library Company of Philadelphia. — PHOTOs/Ronald Gray

Regina Vaughn, president of Philadelphia Heritage, has been a lifelong student and teacher of African American History. Regina said, “I was taught the importance of Black history by my late mother, Othella R. Vaughn. My mother was a life member of ASALH and held various officer positions in the branch for 45 years. My mantra is the Sankofa principle, “Go back and fetch it (Our history) to inform the future. ASALH’s motto is “If we do not tell them they will never know.”

The Association for the Study of African American Life and History (ASALH) was founded in 1915 by Dr. Carter G. Woodson, who is known as the Founder of Black History, according to ASALH.

ASALH is a national not for profit organization based in Washington. D.C. There are two branches of ASALH in the Philadelphia region. The Philadelphia Heritage Branch was founded in 1929 by Dr. Carter G. Woodson and the late Judge Raymond Pace Alexander.

There were many significant highlights featured at the event. They included the presentation of a letter from Pennsylvania Governor Tom Wolf and a citation from the Pennsylvania Legislative Black Caucus read by ASALH PhilaMontco Branch First Vice President Karen Downs.

A proclamation from Philadelphia Mayor Jim Kenney was read by ASALH Philadelphia Heritage member Michelle Flamer. Flamer is also a dedicated trustee of the Library Company of Philadelphia. Valerie Langston is the vice president of membership.

ASALH’s 2019 theme entitled “Black Migrations” emphasized the movement of people of African descent to new destinations and subsequently to new social realities. Philadelphia Heritage’s program focused on the sub-theme the Great Migration of movement to the North. “Beginning in the early decades of the 20th century, the Great Migration of 1915 was the first exodus of African Americans from the South to northern cities such as Philadelphia. The second migration was in the 1940s to the cities of the North, Midwest, and West.”

The ASALH Philadelphia Heritage Program focused on the Great Migration to Philadelphia and its impact on citizens of North Philadelphia. Regina Vaughn shared, “I combined genealogy and the Great Migration history to give a brief discussion about my Great Uncle Ernest Glenn. Ernest, along with grandmother and six siblings and parents, migrated to North Philadelphia in 1917 from Greenwood, S.C. In 1935, Ernest was sent to prison for a murder that he always said he did not commit. After being released from prison in 1953, Ernest became a successful business man and a member of the Bright Hope Baptist Church.”

Nobles-El said, “My goal is to teach young people culturally significant dance. My mantra is ‘Be the Change’ so the children will know the legacy and history from which they descend.”

The dancers performed to the music of Mahalia Jackson entitled “Four Little Girls” and “Trouble of the World.” There were also dance performances to the Billy Holliday’s “Strange Fruit” and “Gloomy Sunday.”

For more information about ASALH — Philadelphia Heritage events you can asalhphilaheritage@gmail.com

Congratulations and best wishes to all involved with this very informative, relevant event.

Have a fantastic week “Out & About “everyone!