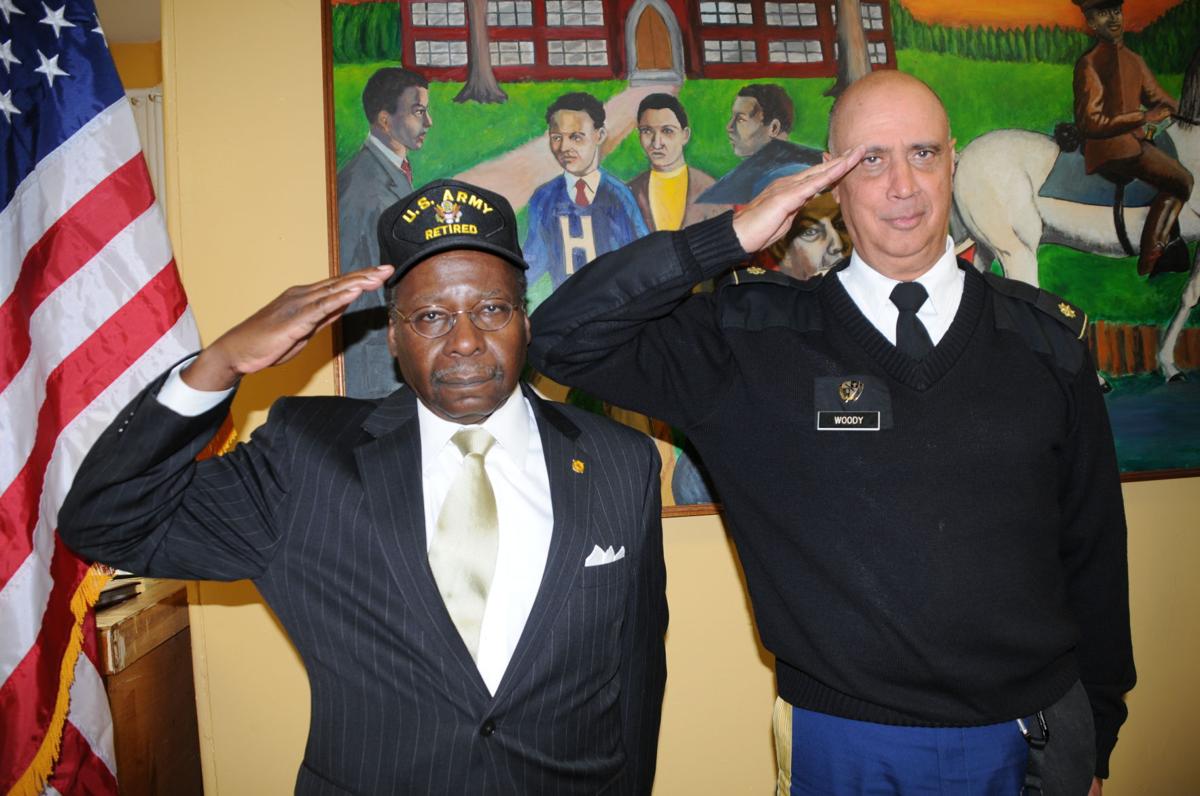 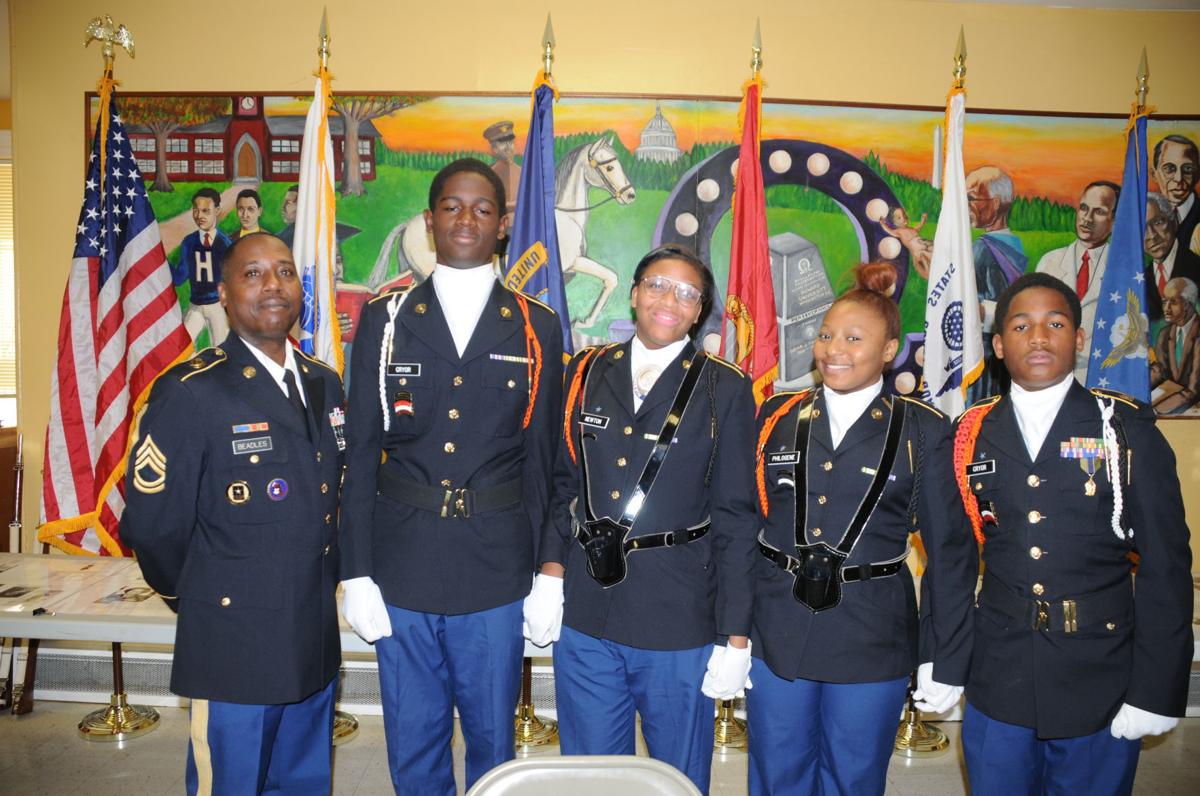 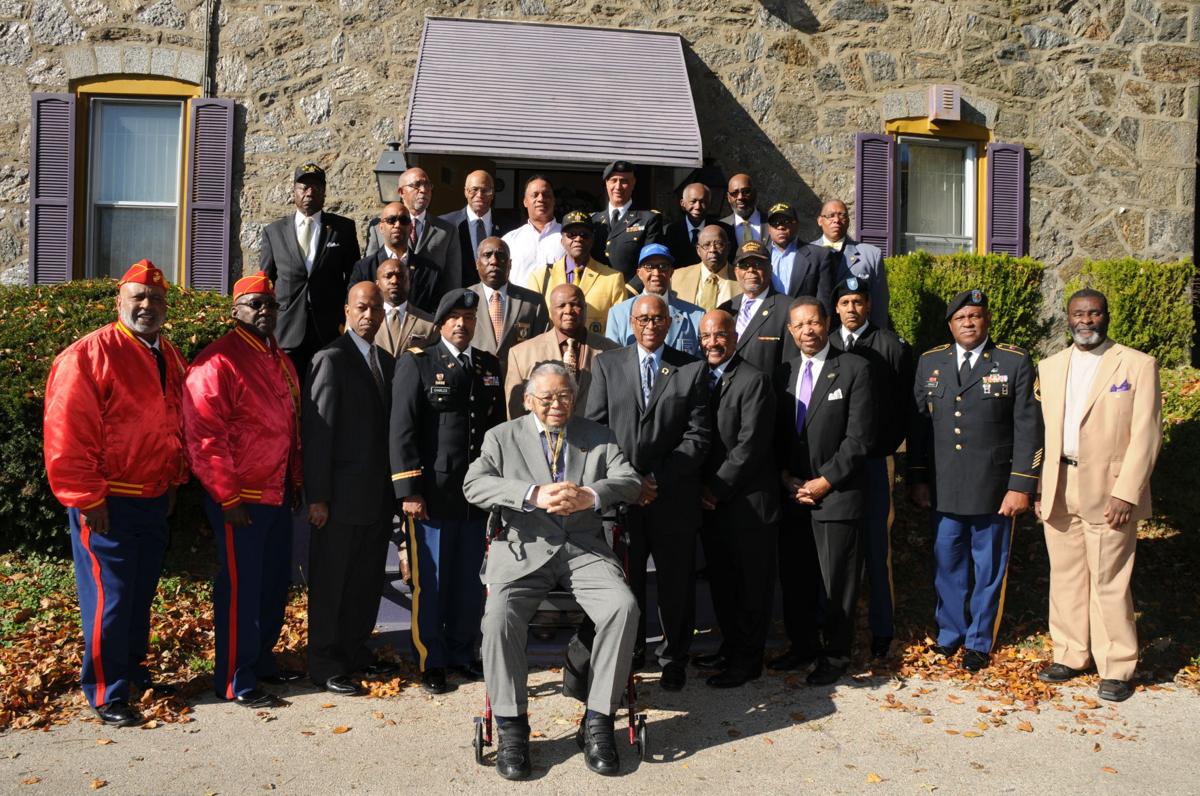 Mu Omega QueVets gather outside of the Mu Omega fraternity house during a Veterans Day celebration. 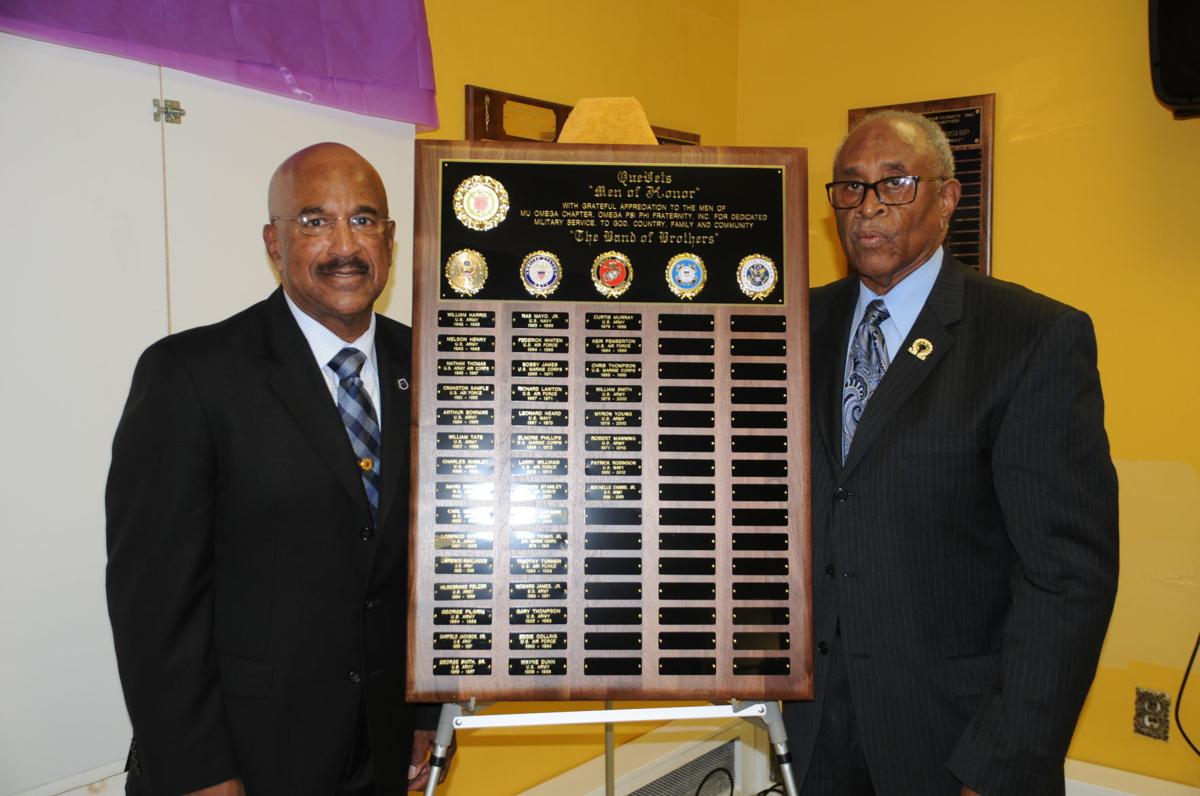 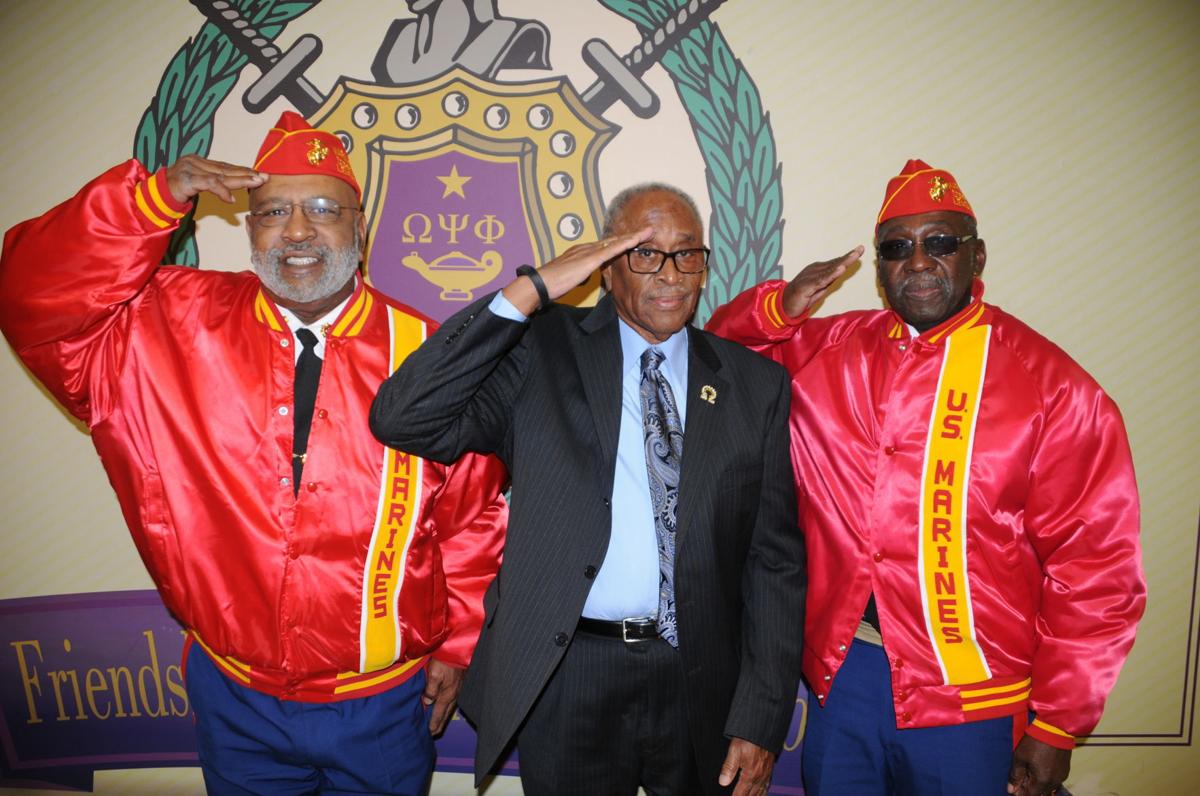 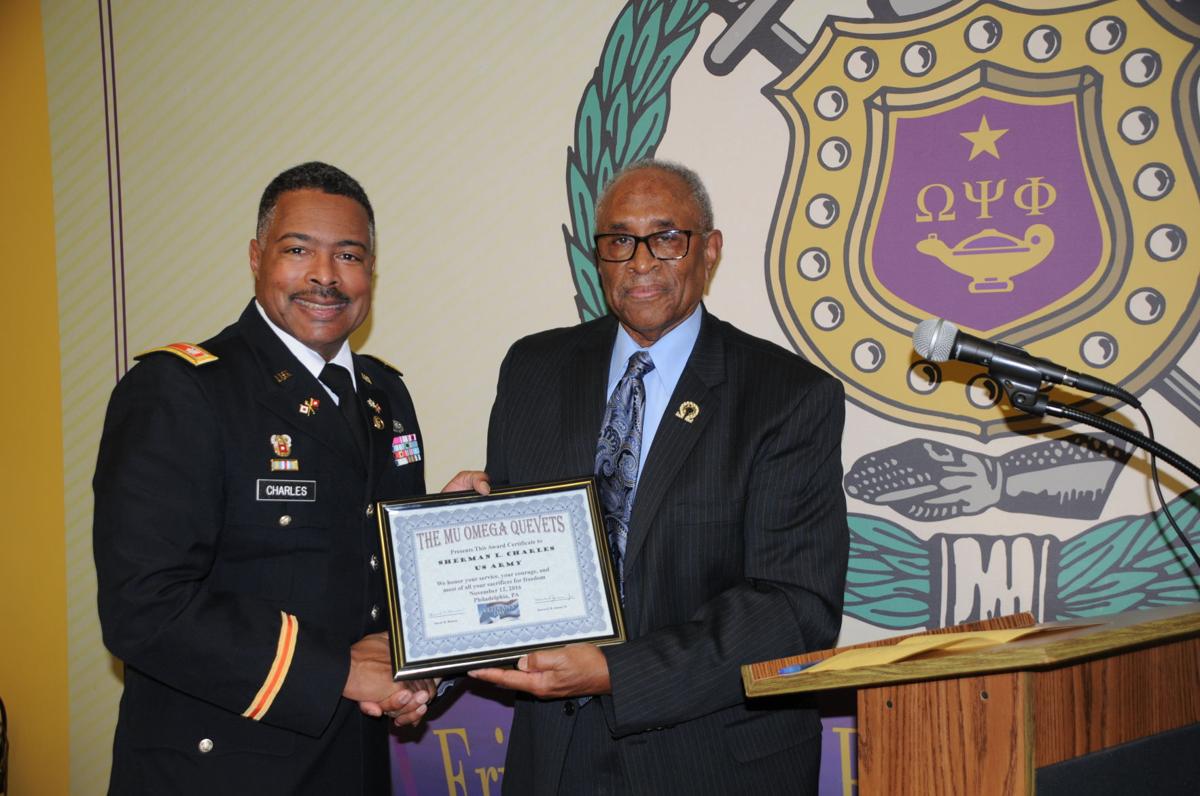 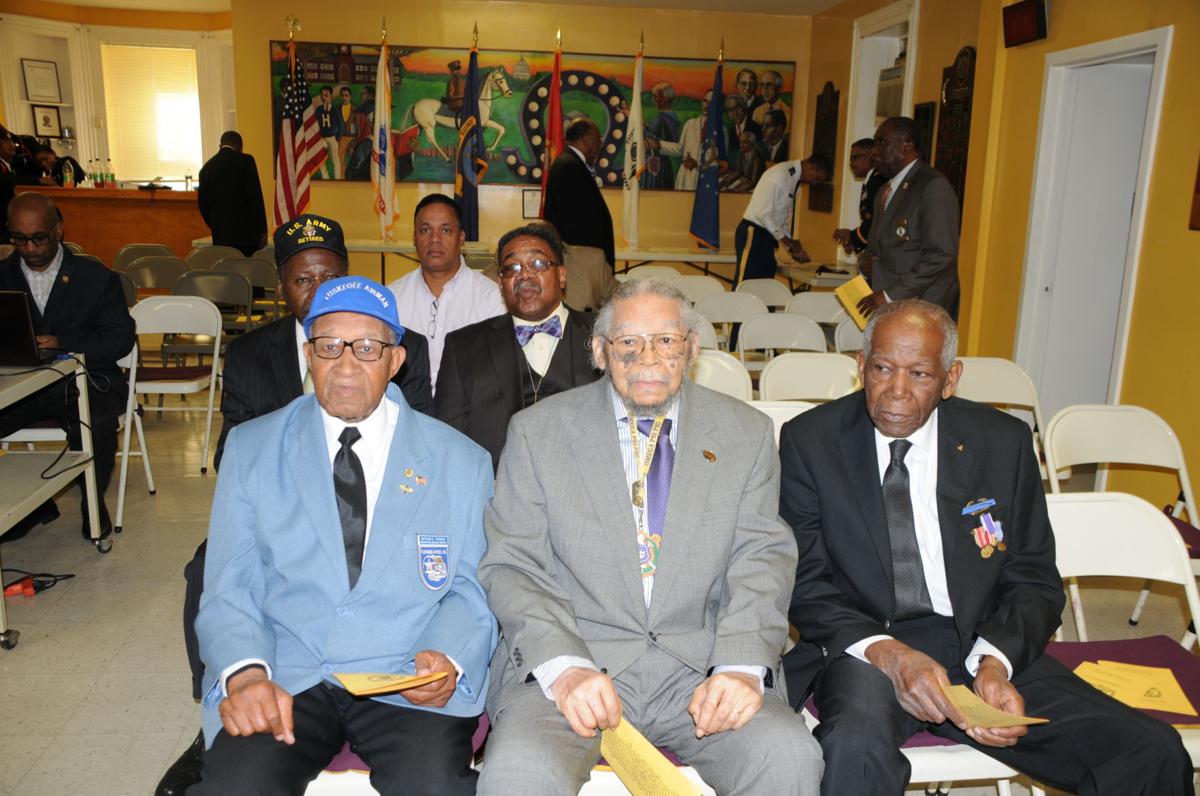 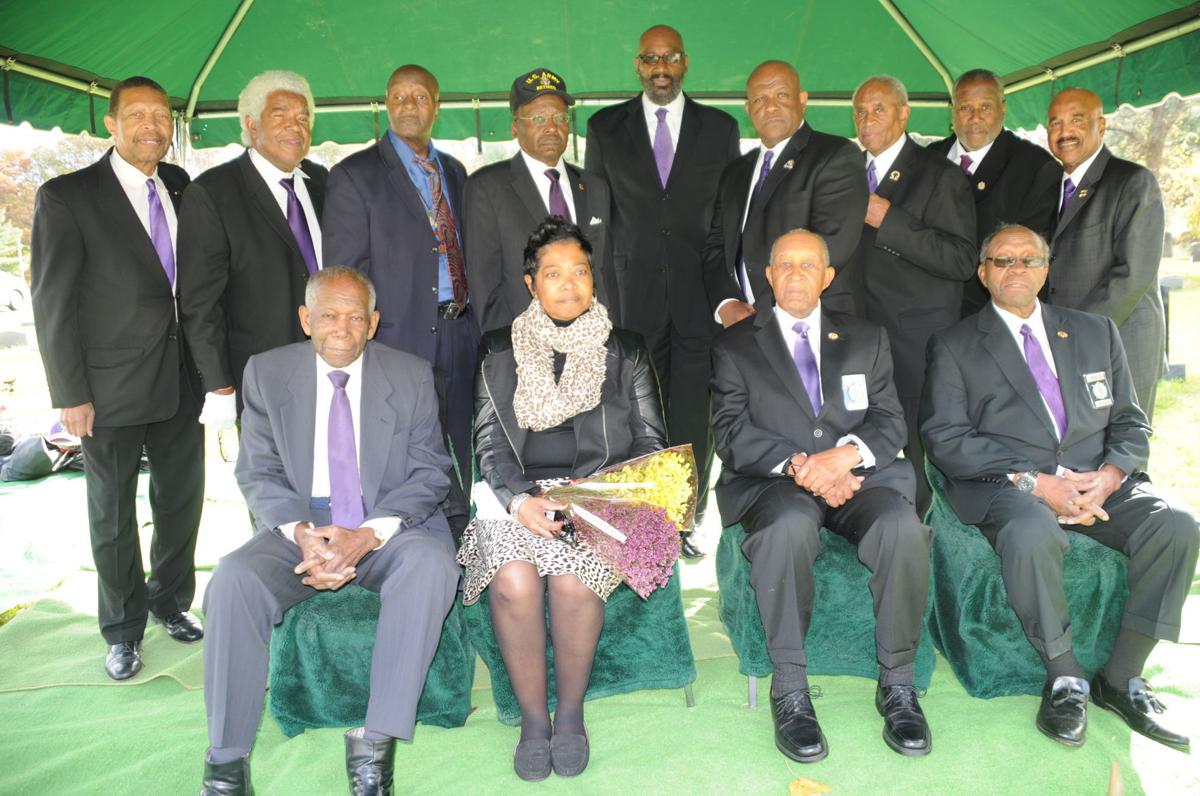 Mu Omega QueVets gather outside of the Mu Omega fraternity house during a Veterans Day celebration.

The chapter’s veteran’s committee chair David R. Benson said, “We were honored to have three World War II era brothers in attendance: Brother Dr. William Harris, recipient of a purple heart in combat; Brother Nelson Henry, member of the Army Specialized Training Program (ASTP) in dentistry’ and Brother Nate Thomas, member of the Tuskegee Airmen. In addition, The Que Vets committee was honored by the 2nd District for having one of the top veterans’ programs in the 88-chapter district.”

A special ceremony began with the posting of the colors by the Roxborough High School Junior ROTC color guard followed by the playing of the National Anthem. Dr. William Tate, chaplain emeritus, opened with a veterans’ prayer of hope. Benson shared the history, purpose and goals of the Mu Omega QueVets and read an inspiring Veterans Day message written by member Myron Young (Lt. Col. Ret.), commander of the color guards. Mu Omega basileus Howard James Jr. greeted the assembly with his personal experience in the military and commended the committee for putting together the Veterans Day honor, every day.

A video presentation was then shown, which gave a history of each of the five military branches. The presentation was followed by another video featuring the military song of each branch as members stood when their branch song was played.

Chapter member Larry Smallwood introduced the keynote speaker, fellow member Sherman L. Charles (Lt. Col. Ret.), Second District Representative. Charles gave a great history lesson about Col. Charles Young and pointed out the significance of the year 1978, highlighting the names of many fraternity members who became members in that year and the accomplishments they have made. He noted that he also became a fraternity member in 1978. He then gave out life and career advice that has helped him in his military and fraternal life.

The American flag was ceremoniously retrieved by the Junior ROTC color guards to end the program which was closed in benediction by Tate.