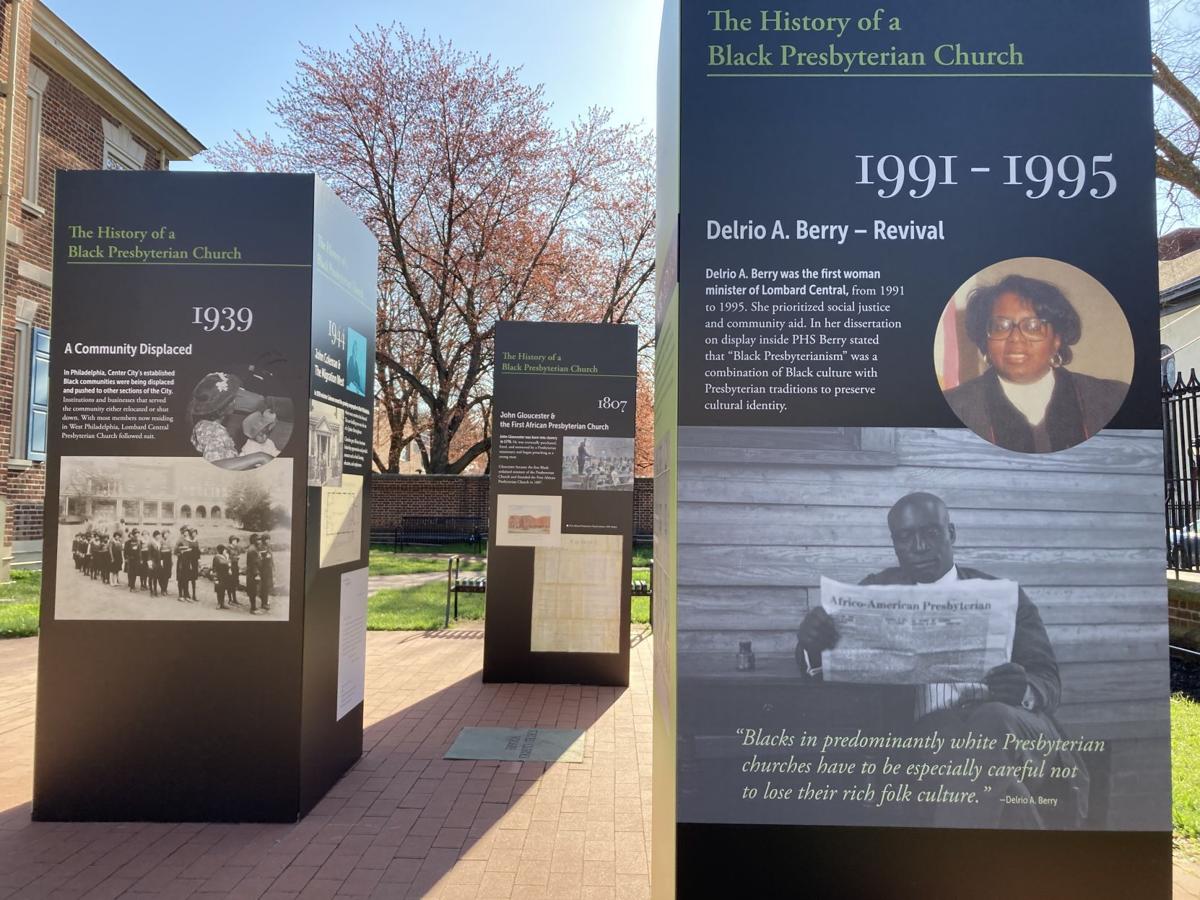 The outside installation on the history of two Black Presbyterian Churches originally located in the Society Hill area at the Presbyterian Historical Society. 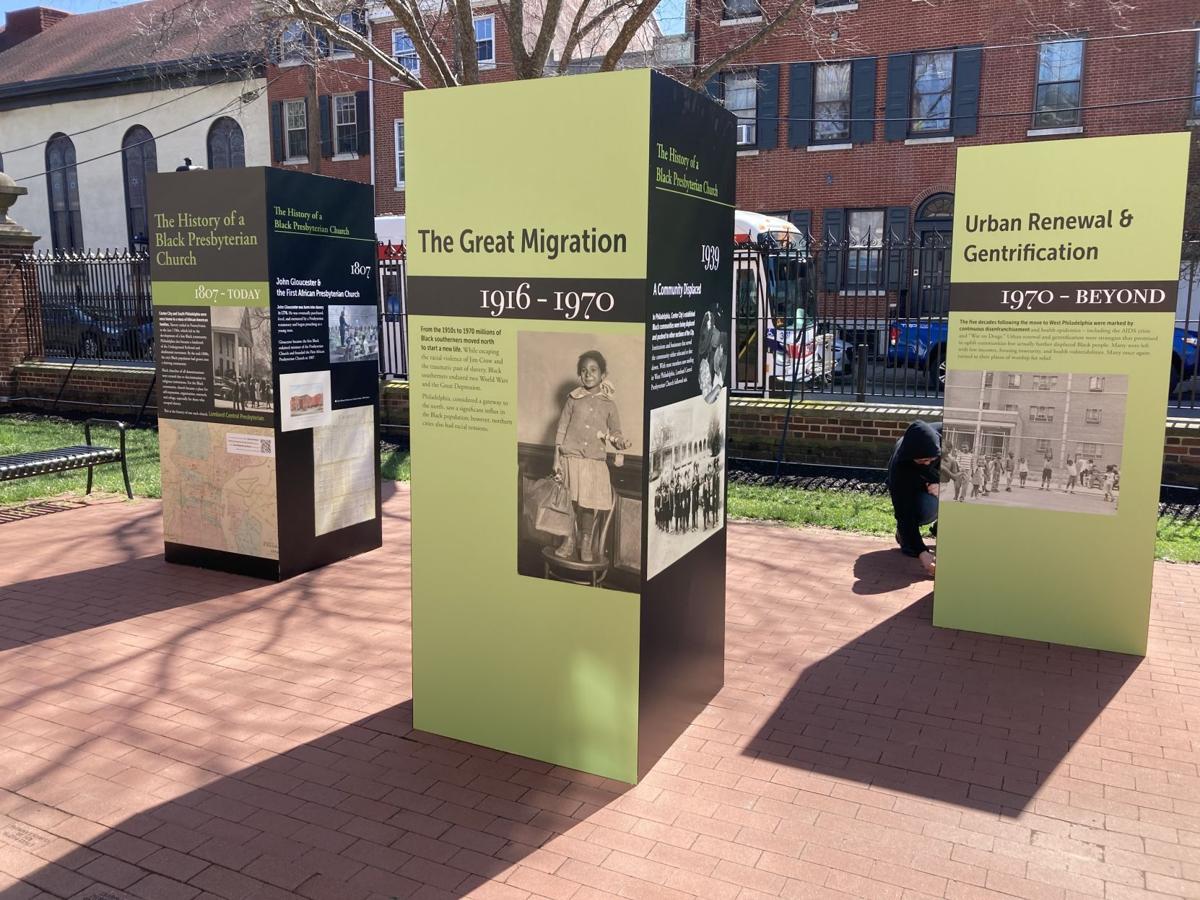 One of two outside installations at the Presbyterian Historical Society from the Building Knowledge and Breaking Barriers exhibit. 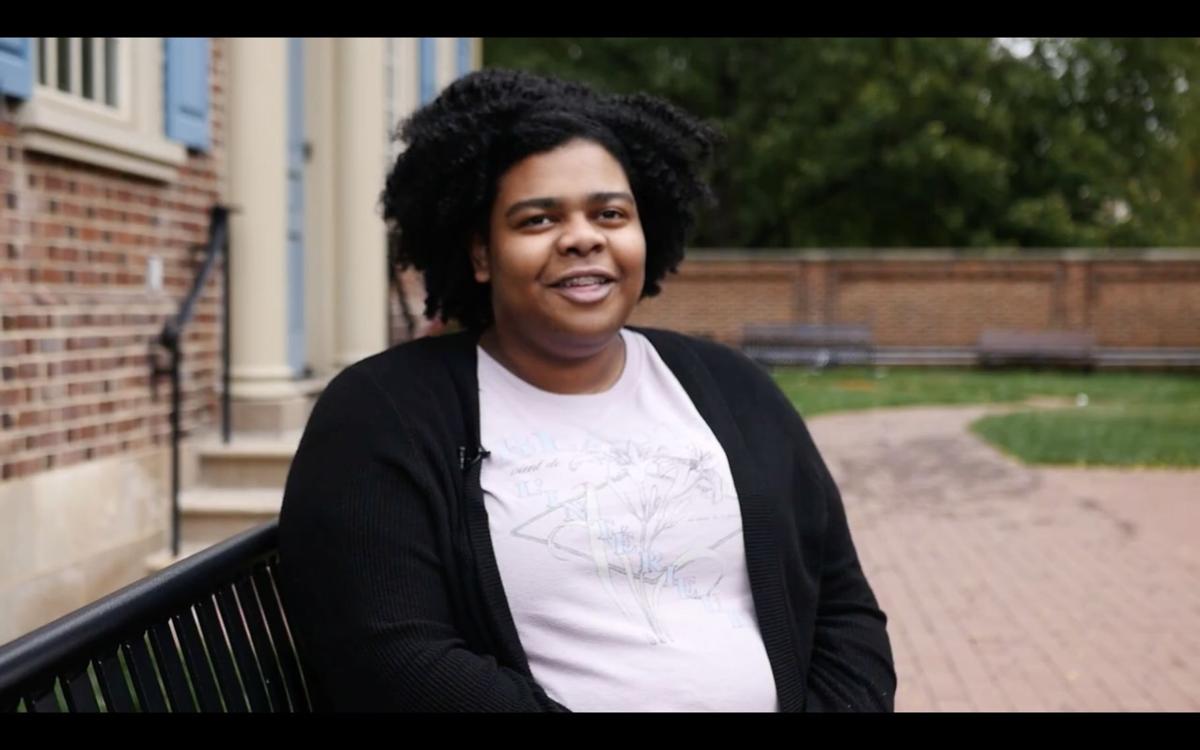 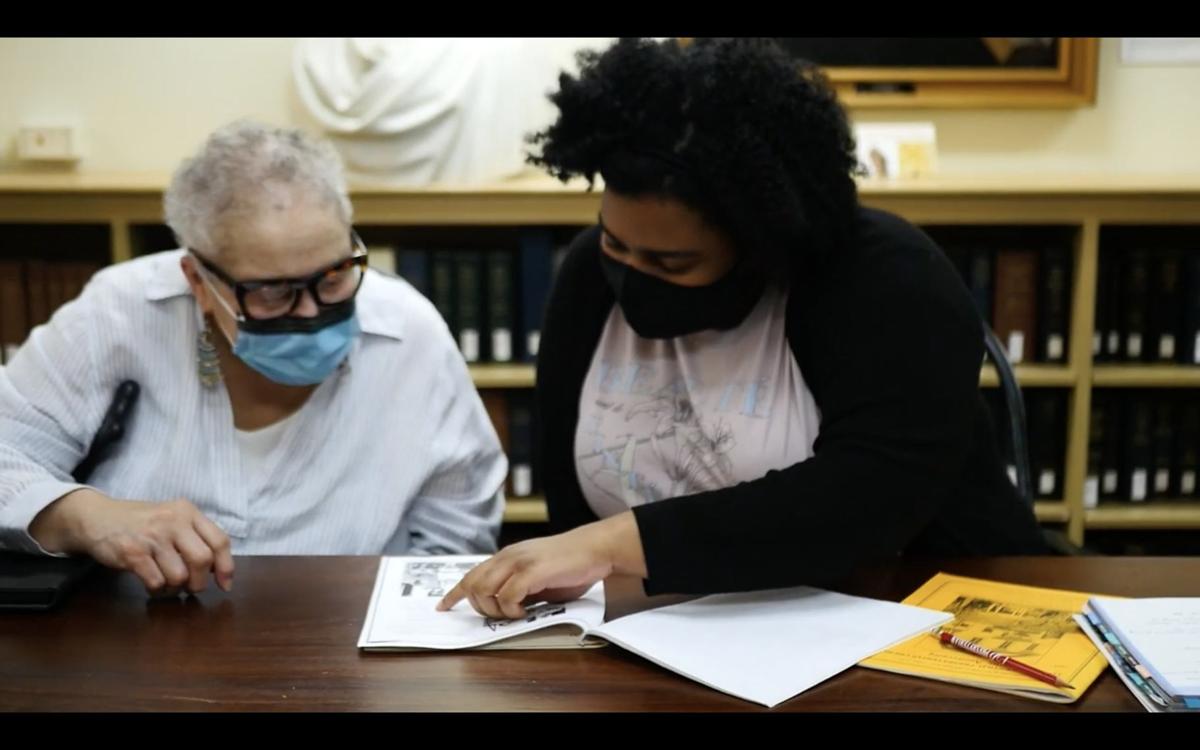 Community College of Philadelphia student Briana Anthony, right, goes through a book with her grandma for her Building Knowledge and Breaking Barriers exhibit on two Black Presbyterian churches. Anthony's family has a direct connection to one of the churches.

The outside installation on the history of two Black Presbyterian Churches originally located in the Society Hill area at the Presbyterian Historical Society.

One of two outside installations at the Presbyterian Historical Society from the Building Knowledge and Breaking Barriers exhibit.

Community College of Philadelphia student Briana Anthony, right, goes through a book with her grandma for her Building Knowledge and Breaking Barriers exhibit on two Black Presbyterian churches. Anthony's family has a direct connection to one of the churches.

A new exhibit “Building Knowledge and Breaking Barriers (BKBB)” will show how Community College of Philadelphia students interpret what history means to them through the lens of the Black church, abolition and displacement.

The exhibit, which is now open and will be on display at the Presbyterian Historical Society (PHS) at 425 Lombard St. for a year, showcases two outdoor installations and four indoor installations.

As the COVID-19 pandemic conditions improve, the indoor installations will be open to the public at a later date. People will also be able to access the exhibit digitally.

BKBB is an archives-based two year long learning project that brought educators and students from CCP together with PHS. The Philadelphia-based archive has over 500 years of history in its collections.

Grant support for the project has been provided by The Pew Center for Arts and Heritage.

“The students at CCP really took it upon themselves to really confront the collections we have at PHS and also the building spaces,” said Director of Communications and Marketing at PHS Fred Tangeman.

“All of the exhibitors have done some intriguing and provocative storytelling, through their exhibits we’re able to show ourselves to a new audience in a new way.”

CCP students explored PHS archival collections through classes conducting site visits, as student interns working in the archive and as exhibitors putting together art installations at the PHS building and online.

The project’s goal is to break down barriers that prevent students from accessing the historical materials held in archives like those of PHS.

“I had three groups totaling about 75 of my students participate in the BBKB project,” said professor of CCP’s Department of Architecture, Design and Construction Miles Grosbard.

“I assigned the project about a third of the way into the semester. The students had 10 weeks to research and produce a PowerPoint and a paper. I think it was a centrality of an experience. The students really did enjoy it.”

CCP student Briana Anthony did her project on the history of two Black Presbyterian churches originally located in the Society Hill area.

Anthony’s project focuses on the First African American congregation in the United States, First African Presbyterian Church and then focuses on the progression of Lombard Street Central, which was renamed Lombard Central after its move to West Philadelphia in the 1930s.

The exhibit also features Lombard Central’s history including the leadership of four ministers (John Gloucester, Stephen Gloucester, John Coleman, and Delrio A. Berry) from 1807 to 1994.

All the information is displayed on a physical installation that features three kiosks containing 12 panels.

“Originally, my idea of ‘Building Knowledge’ was thinking about the community surrounding PHS like their schools, community center, neighborhoods and South Street and how PHS could be the connector of the community,” Anthony said. “I started looking at the history and found that South Street was a majority Black neighborhood.”

“Once I found my relatives within the archives along with information on a couple of churches that were also around that neighborhood, the story itself just started to unfold and I wanted to include all of it into my installation.”

Anthony came up with the concept of her project after discovering her family’s historical ties to the Presbyterian church.

“My family is connected to Lombard Central Presbyterian Church,” Anthony said. “My grandma practically grew up in this house that she inherited from her great aunt. It’s within walking distance to the church that they went to and my grandma sometimes accompanied her aunt and uncle.

“I came across a book for the 100th year anniversary of the church in 1944. In the book, I saw that Aunt Jeanne was the secretary of the anniversary and Uncle Lloyd was on the board of trustees.

“It was really cool to see the roles that they had in church,” Anthony added. “This whole project definitely made me feel closer to them because I never got a chance to meet them.”

Sonia Prescott, a public services associate at PHS, worked with Anthony to find research for her project.

“We talked about a lot of research databases and places where they would have photos,” Prescott added. “We used the Library of Congress website, the Schomburg Center in New York and the Smithsonian National Museum of African American History and Culture.”

Anthony said that through this exhibit she hopes people will want to learn more about their own genealogy.

“Being a fourth generation Philadelphian and curious about my family’s historical ties to the Presbyterian church makes me wonder how other people could make connections like I did,” Anthony said. “Through this exhibit, I’m hoping people see that they can find things that are relevant to themselves through photographs, archives, and history.”

“Even though these places tend to not be accessible, or tend to not really focus on history with marginalized people, there’s still something there,” Anthony added. “I’m hoping people can find out about themselves and their own family just like I did.”