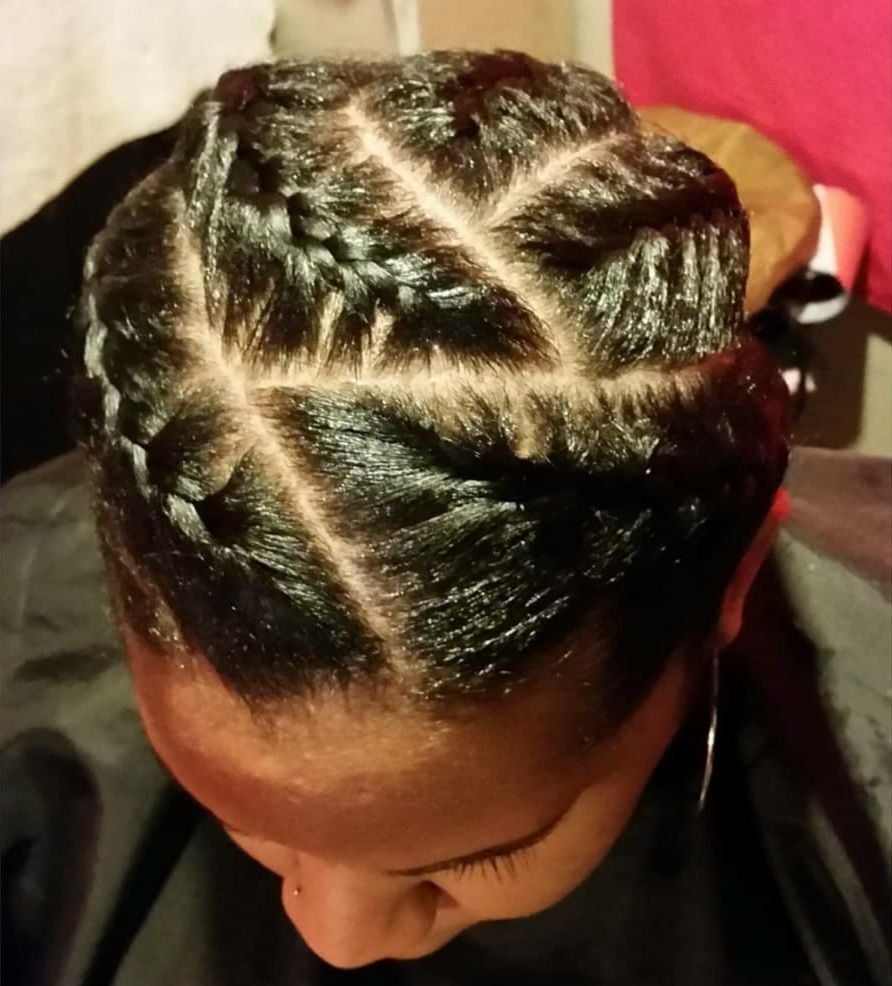 Protective hairstyles is a term used to refer to such styles as braids, weaves, twists, locs and wigs that keep one’s hair free from manipulation. —Submitted photo 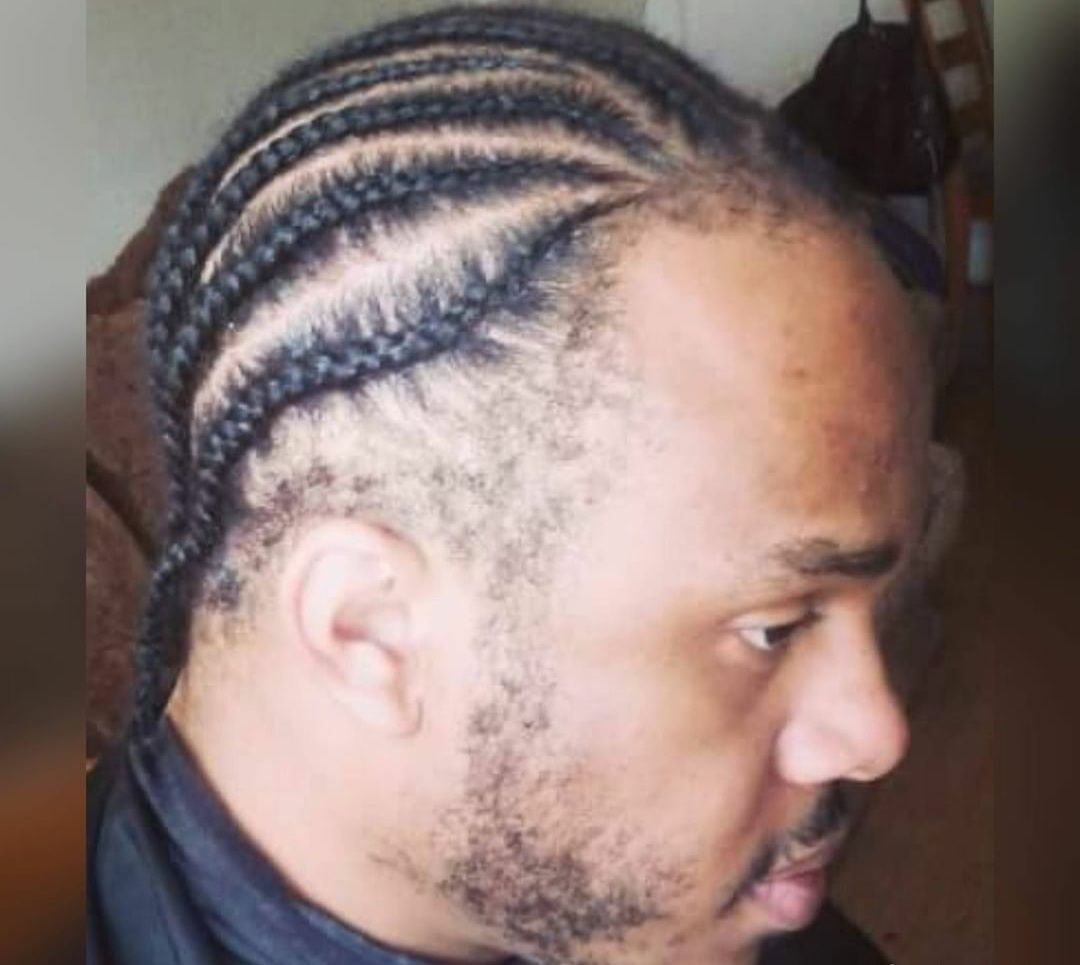 Styles like braids place tension on the hair and its roots. 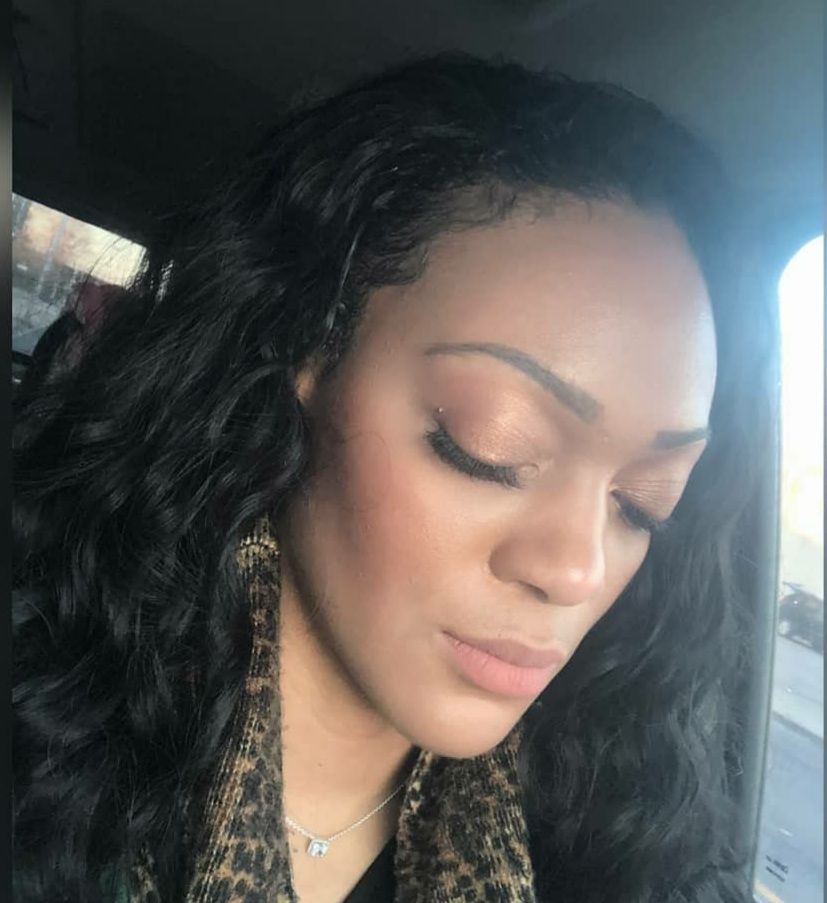 Clients must advocate for their hair with their stylists. If something is too tight or uncomfortable say something. 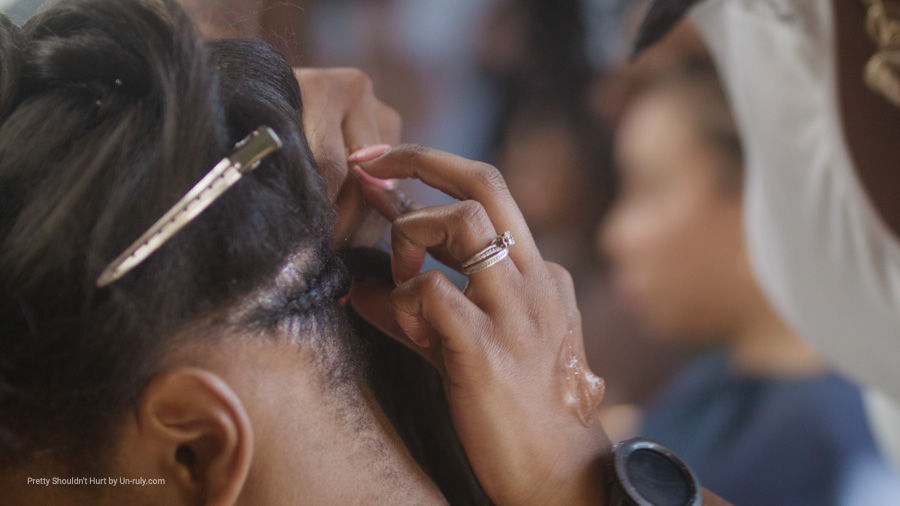 Protective hairstyles is a term used to refer to such styles as braids, weaves, twists, locs and wigs that keep one’s hair free from manipulation. —Submitted photo

Styles like braids place tension on the hair and its roots.

Clients must advocate for their hair with their stylists. If something is too tight or uncomfortable say something.

A new documentary, “Pretty Shouldn’t Hurt,” examines why one-third of women with protective styles are losing their hair.

Protective hairstyles, a term used to refer to such styles as braids, weaves, twists, locs and wigs that keep one’s hair free from manipulation, are some of the fastest-growing hair care trends mostly for African-American women. A new study, these styles are also among the most damaging.

According to a 2020 US survey by the website Un-Ruly, a little over one-third of Black women in the United States suffer from thinning around their hairlines, which can be caused by styles that place too much tension on the hair. These styles include braids, extensions and weaves.

‘Pretty Shouldn’t Hurt’ looks at why this is happening and what can be done to stop it. The film’s co-creator Abigail Opiah said the goal of the short piece was to diminish the damage these styles are doing to African-American hair.

“In the film and on our website, we talk about these protective styling guidelines, as I’m calling it, the new rules. We want women to focus on the right way to wear protective styles, so we can reduce that one-third down to zero,” Opiah said.

Abigail Opiah and her sister Antonia Opiah are the co-founders of the website, Un-ruly, which caters to African-American women and their hair. They also own a mobile hairstyling business together called, Yeluchi.

Abigail said Antonia Opiah came up with the idea to do a documentary after speaking with a mobile hairstyling client about her previous braiding experience. The sisters later partnered with Dark & Lovely to produce the documentary.

“A client emailed us and let us know she had some tension in her hair, some bumps along with a lot of pain and tightness. At the time of service, she didn’t speak up because she thought that’s how it was supposed to feel,” Abigail Opiah said.

Sharia Bailey, owner of Glo Up Beauty and Holistics in the Frankford section, said that tension can really do a number on the hair.

“The old adage is that ‘if it’s not tight, it’s not right’. But that’s actually counterproductive to growing healthy hair because if you braid hair so tight in cornrows, extensions or braids underneath a wig, you put yourself in a position to damage the hair at the molecular level,” Bailey said.

Syreeta Scott, owner of Duafe Holistic Hair Care in North Philadelphia, said the damage caused by these styles points to a deeper problem involving the relationship between Black women and their hair.

“There are so many microaggressions, as it relates to a Black woman’s beauty. It is constantly under attack. The type of attack that it’s under forces us to make decisions that are outside of our comfort zone. This means we don’t make the necessary decisions to make sure that we know how to love each other and ourselves in a compassionate way where we don’t put ourselves in positions to wear these tight hairstyles,” Scott said.

Bailey stressed the importance of speaking up to your stylist if you are uncomfortable in any way.

“I am genuinely passionate about having beautiful hair and being able to create any kind of style. I don’t want to be the culprit of damaging your hair so you have to tell me if you’re in pain. Tell me so I can fix it while you’re sitting there. I want your hair to grow. I don’t want to damage it,” Bailey said.

Scott said that not speaking up, not only leads to damaging your hair, it also can lead to emotional damage.

“America’s portrayal of Black beauty has always been equated with some level of pain. We have to advocate for ourselves. You’re not sitting in a person’s chair because they bring you some sense of comfort, you have to make sure that your beauty is going to last and you don’t want to deal with alopecia (balding),” the Duafe owner said.

The holistic hair care specialist said we should treat our hair with as much respect as any other service that we seek.

“This is the only industry that you would allow for someone to do a service on your body without meeting and walking into the space you about to invest your money in. If you are in an accident, you go to a lawyer, but first you go in for a free consult. If you want to get to some type of medical procedure, don’t you go in to get some type of free consult? Why should our hair get any less diligence,” Scott said.

Opiah said the documentary is part of a bigger initiative to improve the relationship between Black women and how they feel about themselves.

“I want Black women to feel empowered in terms of making choices for themselves not just when it comes to their hair. We look at hair as an entry point to larger discussions,” she said. “People have to understand that there’s a right and wrong way to do things, or what you’ve always believed to be true, doesn’t have to always remain true. If you change the way you look at the world, your life will change.”

Cocktails-to-go are a go in Pennsylvania

How to maintain your fingernails during a quarantine

For some people getting their nails done is not just a part of their beauty regime but it’s also a form of self-care.

NEW YORK — After repeatedly being denied service by high-end salons because her hair was perceived as "too difficult" to style, Kanessa Alexan…

Black women with natural hairstyles including curly afros, twists or braids are less likely to get job interviews than White women or Black wo…