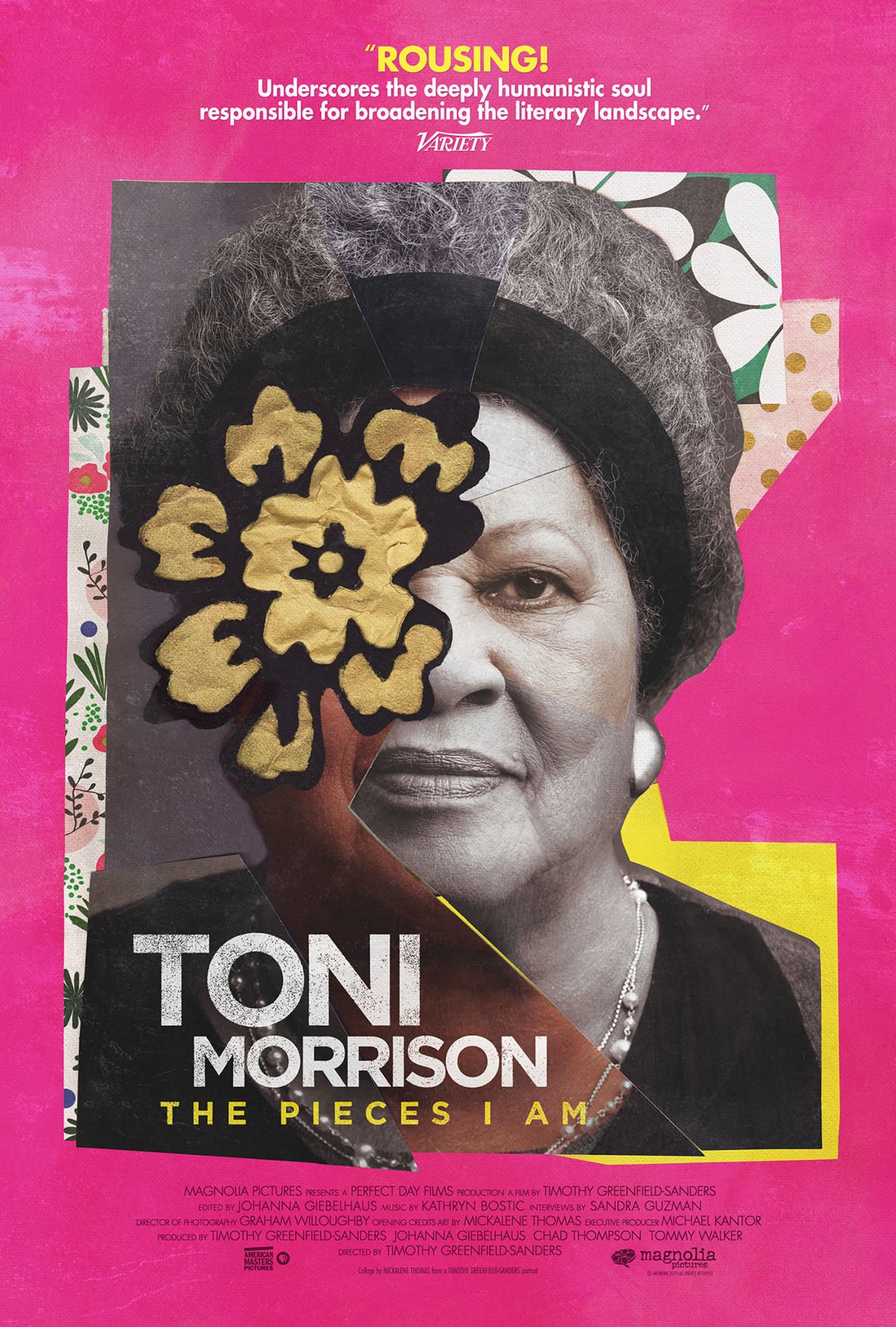 The movie poster for the documentary “Toni Morrison: The Pieces I Am.” 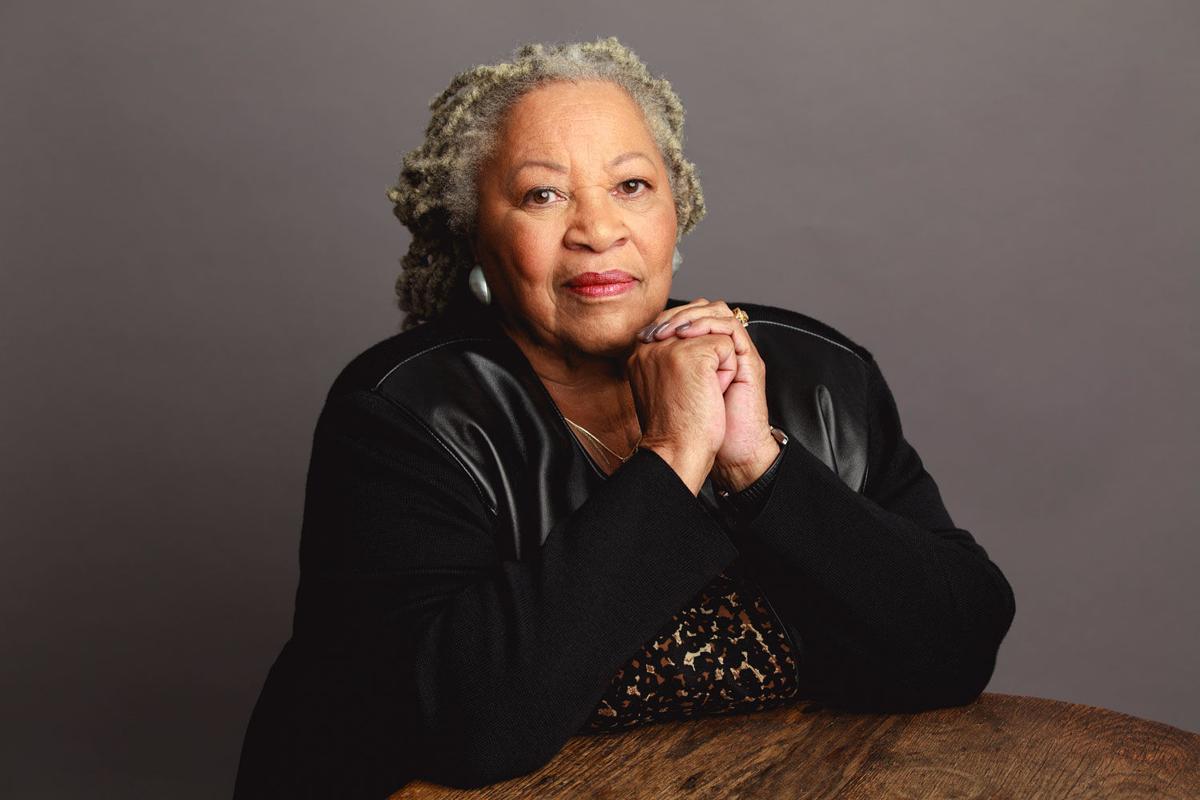 “Toni Morrison: The Pieces I Am” is a two-hour full-length documentary on the Nobel Prize-winning author. — PHOTOs: TIMOTHY GREENFIELD-SANDERS/COURTESY OF MAGNOLIA PICTURES 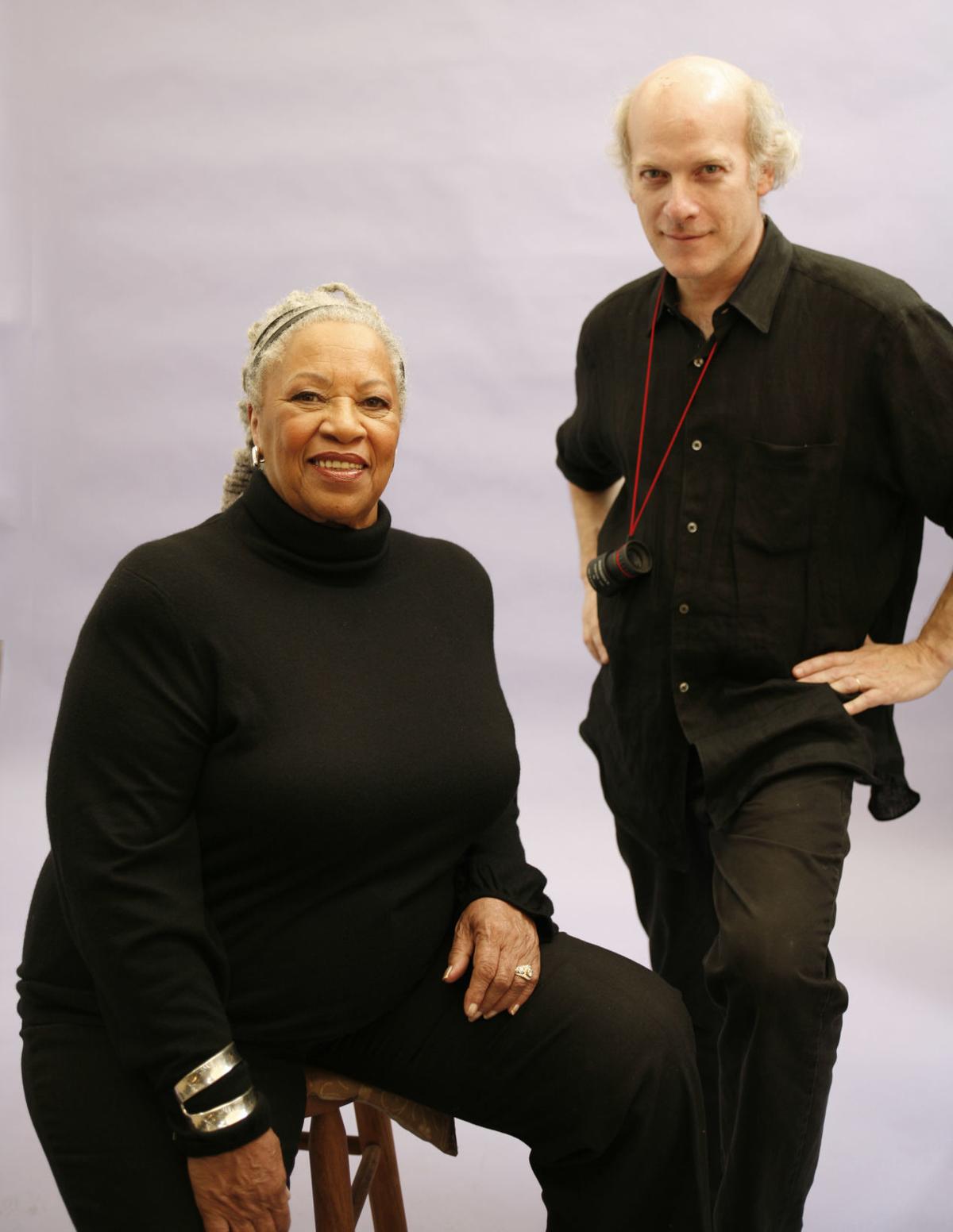 The movie poster for the documentary “Toni Morrison: The Pieces I Am.”

“Toni Morrison: The Pieces I Am” is a two-hour full-length documentary on the Nobel Prize-winning author. — PHOTOs: TIMOTHY GREENFIELD-SANDERS/COURTESY OF MAGNOLIA PICTURES

The life and career of one of the nation’s greatest and private writers is being explored in a new documentary, “Toni Morrison: The Pieces I Am.”

The two-hour film, which debuted at this year’s Sundance Film Festival, was done by photographer and filmmaker Timothy Greenfield-Sanders. He has been a friend of Morrison’s for over 35 years. It is the first full-length documentary on the Nobel Prize-winning author.

“I first met Toni Morrison in 1981, when she sat for a portrait in my East Village studio,” Greenfield-Sanders said. “Tar Baby” just came out and I shot her for a cover story of the Soho News. We developed a friendship, and over the years I photographed her for book jackets and press images. I would later split my time between portraiture and documentary filming."

“In 2005, I had a conversation with Toni in my kitchen that sparked the idea for my film series on identity,” he added. “She was the first to sit for HBO’s The Black List, which ultimately featured 50 leading African Americans. It became clear to me then that Toni deserved her own feature documentary.”

Morrison, who is known for being private about her personal life, agreed to sit down for several interviews with Greenfield-Sanders for the documentary.

“When I first asked Toni about doing the documentary, she didn’t say ‘no’ upfront, so that was a good sign for me,” Greenfield-Sanders said. “After raising the money, we moved forward with the interviews of Toni and the other people in the film. There are also more than 600 archival images and video clips in the film. It took about five years and two years of editing and research.”

According to the press release, the film gives an artful and intimate look into the life and works of the legendary storyteller and Nobel Prize-winner. From her childhood in the steel town of Lorain, Ohio, to ‘70s-era book tours with Muhammad Ali, from the front lines with Angela Davis to her own riverfront writing room, Morrison leads an assembly of her peers, critics and colleagues on an exploration of race, America, history and the human condition as seen through the prism of her own literature.

Woven together with a rich collection of art, history, literature and personality, the film includes discussions about her many critically acclaimed works, including novels “The Bluest Eye,” “Sula” and “Song of Solomon,” her role as an editor of iconic African-American literature and her time teaching at Princeton University.

“We wanted audiences to see more than just Toni Morrison the Nobel laureate,” Greenfield-Sanders said. “She had a huge career at Random House, where she edited bestsellers like Muhammad Ali’s “The Greatest: My Own Story” and published voices that might have been lost with her support like Toni Cade Bambara and Lucille Clifton.

“She cracked the ivory tower of the publishing world and did all of this while she was writing her own incredible novels, teaching college, and raising two boys as a single mother,” he added. “We wanted to show all of Toni’s hats and how her life of books had all of these lesser-known facets among her many achievements.”

“We started with a long list of names to be a part of the documentary, but became very specific about what we wanted each interviewee to bring to the narrative,” Greenfield-Sanders said. “For example, Oprah had the book club and she did the film adaptation of Toni’s book “Beloved.” I didn’t want to interview too many people or have too many voices, so that there would be plenty of room for Toni.”

Greenfield-Sanders said that he hopes people will be inspired by Morrison’s brilliance.

“This film shows Toni as the person that her friends and I know; that’s a rare accomplishment for a documentary” Greenfield-Sanders said. “I want people to be inspired by her story and see Toni for the brilliant and strong woman she is. I’m hoping this film will introduce Toni and her writing to a new generation that might not have yet read her books.”

“Toni Morrison: The Pieces I Am” will be shown starting Friday at the Landmark Ritz Five, 214 Walnut St.

Family reunions are a special tradition

A family reunion is a special moment in time where one generation passes down words of wisdom to their younger counterparts. It’s an opportuni…

Inspired by her own family’s heritage, author Kelly Starling Lyons children’s book “Going Down Home With Daddy” focuses on the importance of f…

The Smithsonian traveling exhibition “City of Hope: Resurrection City and the 1968 Poor People’s Campaign,” takes viewers on the journey of a …

Musicopia was recently awarded two grants for its Drumlines program — a $100,000 Core Mission Grant from Impact100 Philadelphia and a $45,000 …

Here’s a look at the life of Pulitzer- and Nobel Prize-winning author Toni Morrison.

From the time he was a kid, former NASA astronaut and retired U.S. Air Force officer Guion Bluford Jr. always had an interest in model airplanes.