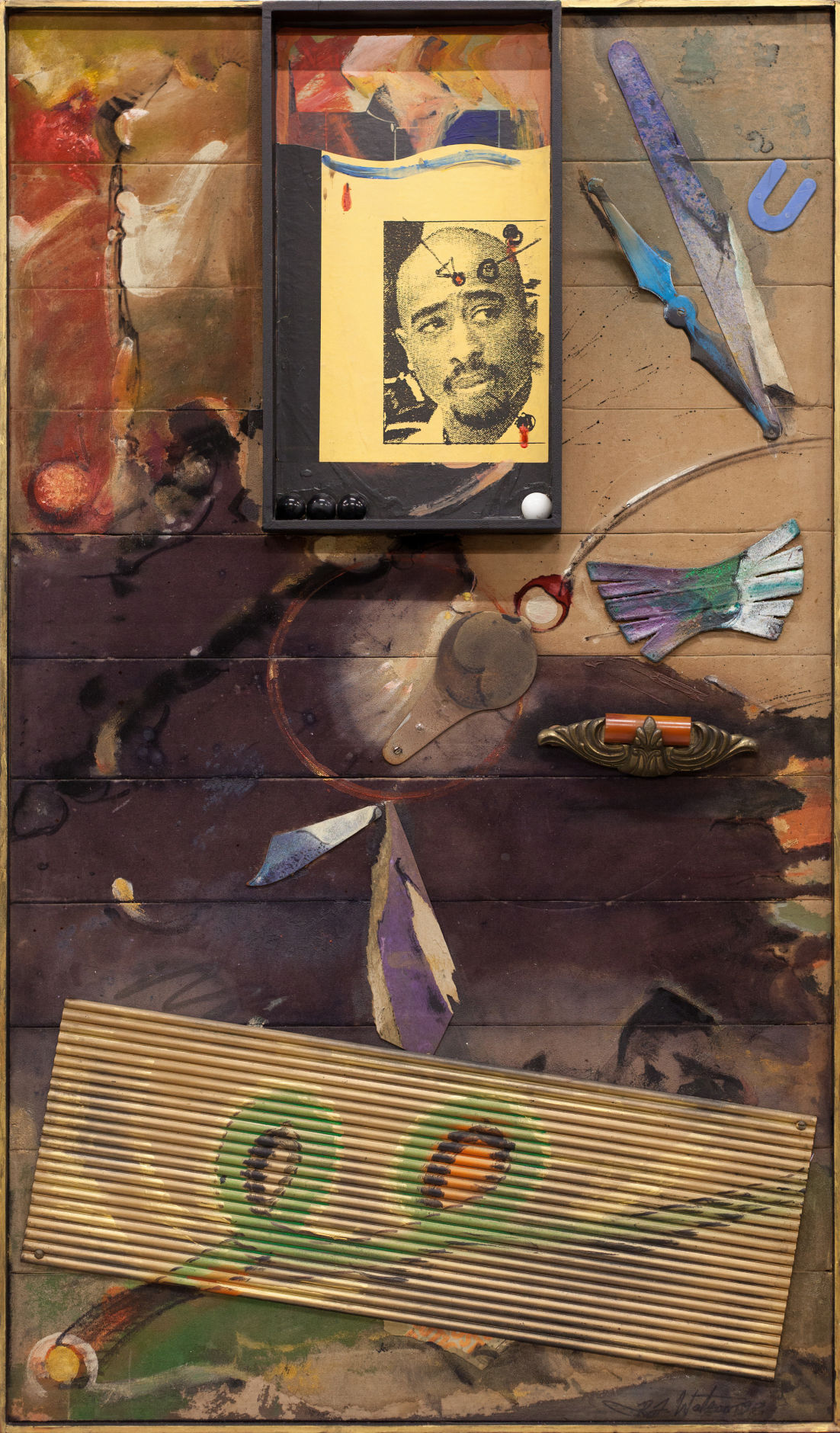 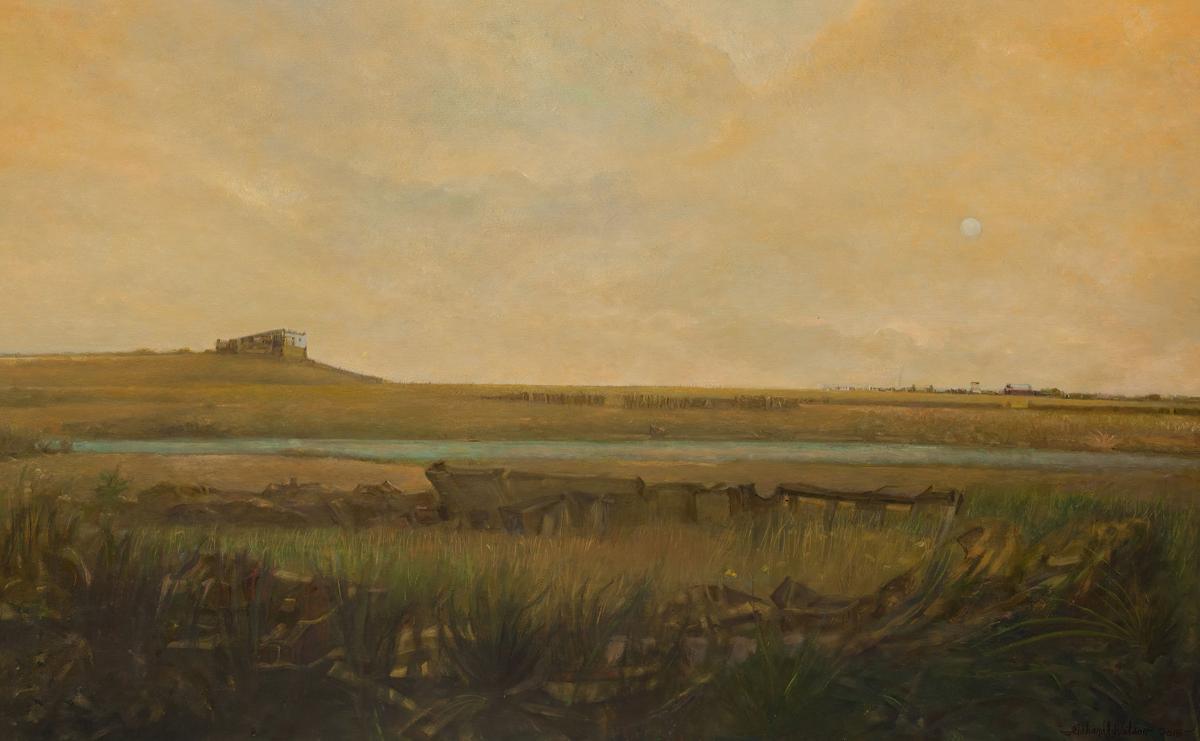 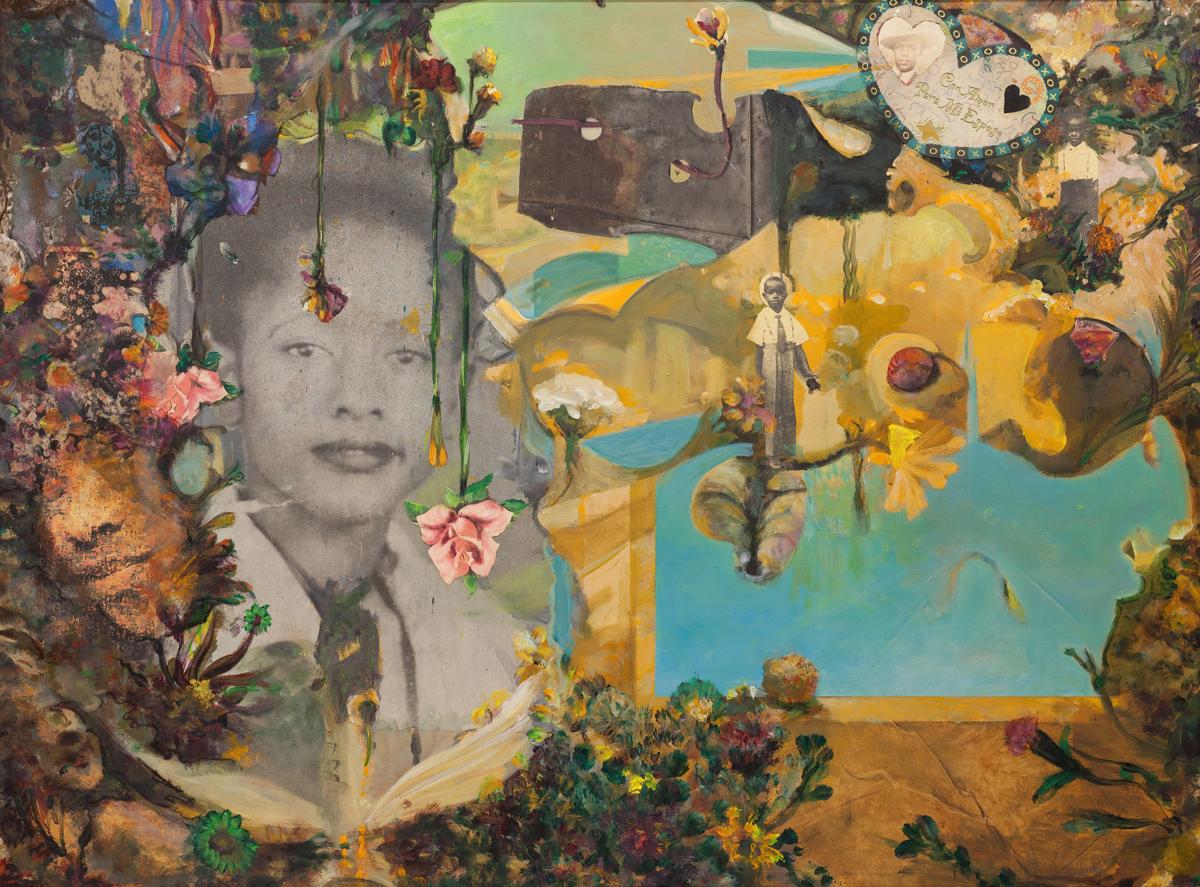 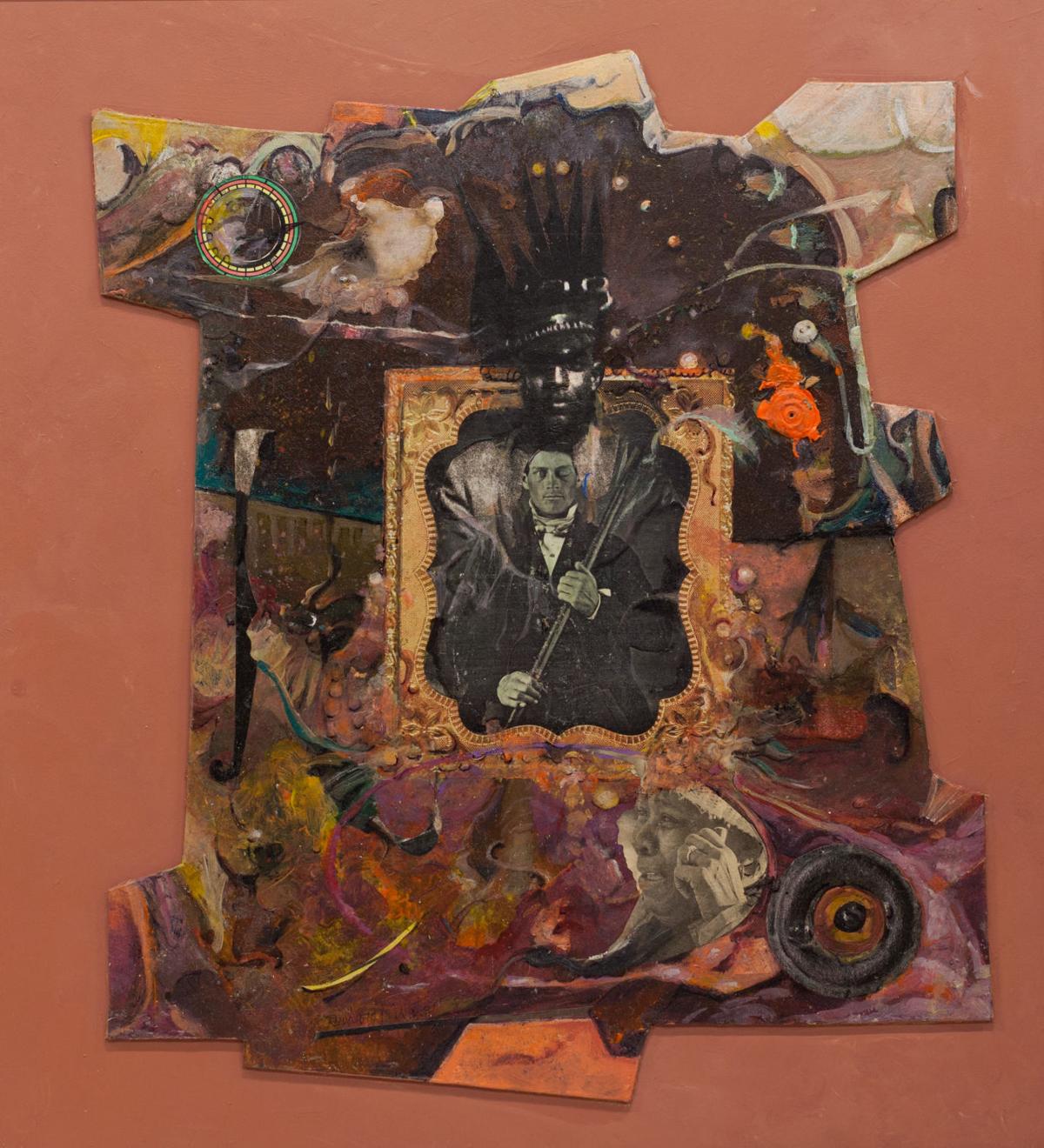 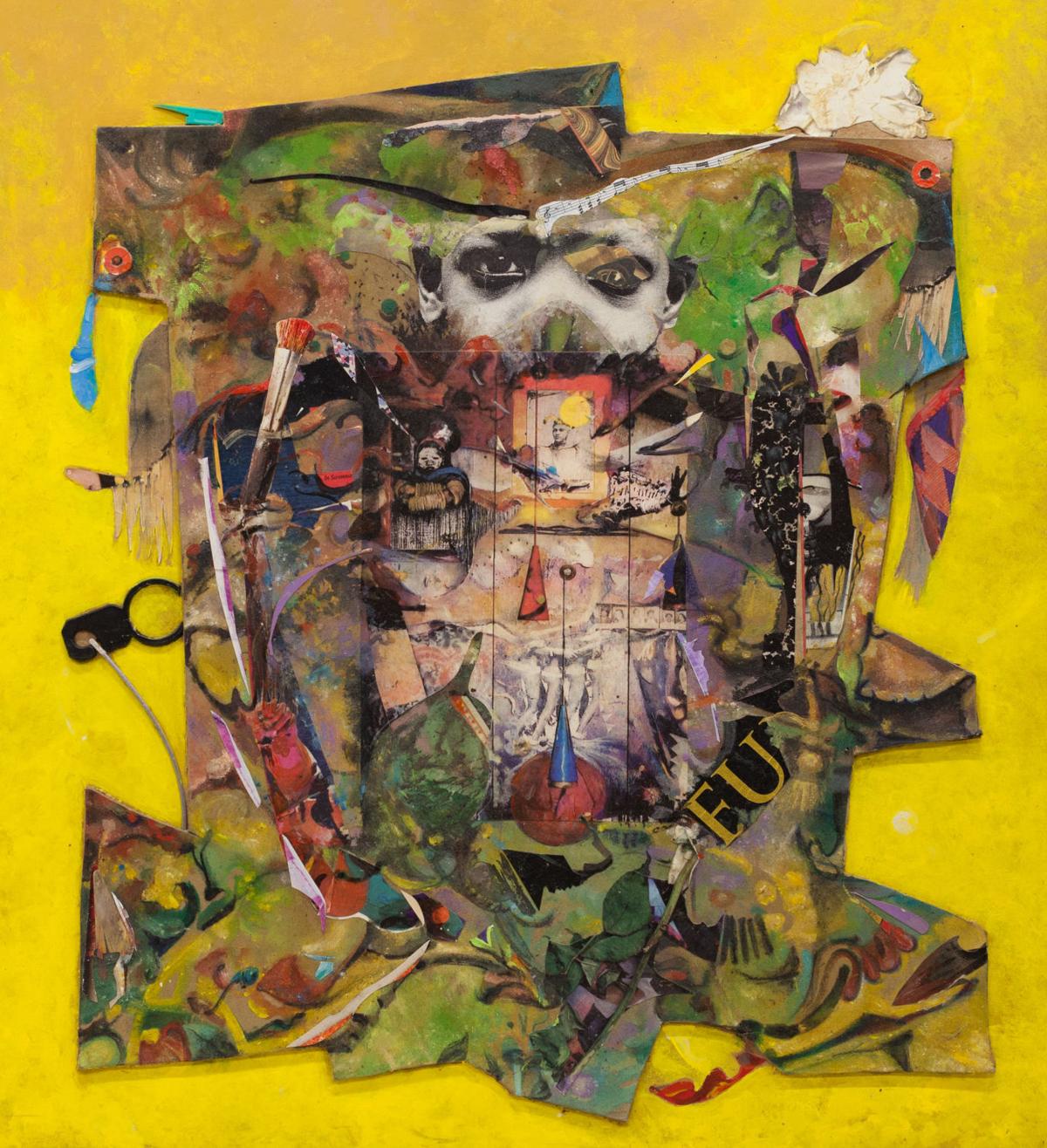 Home to the prolific bodies of work from artists like John Dowell and Deborah Willis, the African American Museum in Philadelphia (AAMP) has cemented itself as a pillar in the Black arts community. AAMP continuously seeks out boundary-pushing work sure to elevate the museum’s standards of excellence. In their latest exhibit Portals+Revelations, artist Richard J. Watson does just that.

The North Carolina painter, writer, actor, collage artist, and most recently nightly ukulele player, Richard J. Watson debuted his latest collection Portals+Revelations: Richard J. Watson Beyond Realities at AAMP. Described as an ‘ancestral link between past, present, and future,’ Watsons’ latest venture delves into our relationship with the portals in our lives.

“Portals represent openings through which one could travel or enter. Be in the time span that we live now with telecommunications, we have screens, we have smartphones, and we have TVs, and people cherish those portals. In most cases, people can’t live 12 hours, 8, not even 3 hours without having some kind of portal or a relationship with a portal. Beyond imagination attaches itself to that revelation because what your looking at is looking back at you, and that controls us to some degree. Because of how we look at other people, how we relate to other people and our environment.” Watson says.

In Portals+Revalations, Watson pays homage to his ancestors who he credits for his initial fascination with the arts. Often acting as his subject matter, ancestry is the fuel to his creative fire, “I tell stories, I write poems, I write short stories, I sing about them, I dedicate my life and my art to memories of my ancestors.” Watson says. He goes on to describe how his religious background and growing up in North Carolina with his grandparents impacted his artistic voice. “My work centers around ancestry and memories of my grandparents. I was raised in a baptist and methodist church when I was a child in North Carolina. And so that influenced me to have a sense of visionary expression about my work.” Watson shares. As a child, Watson would collect broken toys and other disgraded objects where he could. A believer in the phrase, ‘one man’s trash is another man’s treasure,’ Watson is known for his found objects and his practice of giving them new meaning. This exhibit is an intimate look at how Watson continues to redefine the ordinary around him. “I like to reconstruct things and bring things back to life. I give them new meaning and a new association with other found objects to tell my stories.” Watson says.

To further tell his stories, Watson includes elements of Afro-surrealism and Afro-futurism to remove himself from time in his art, “It’s Afro-futuristic because I’ve always lived beyond the present moment. It’s all about imagination and how the mind can conceive things that are beautiful in a way from strife and stress.” Watson says. Always looking to veer away from the expected, Watson embraces his unique approach to creating, “My work is not rooted in [the] geometric ways of figuring out how to fit an image into a space, I allow the image to come into the space and live.” he says.

A seasoned artist and a Pennsylvania Academy of Fine Arts class of 1968 graduate, Watson’s left his legacy both on and off the canvas. Interested in anything that conjures inspiration, Watson is eager to share his world and creativity with all. You can see Portals+Revelations: Richard J. Watson Beyond Realities now through March 6 at AAMP.