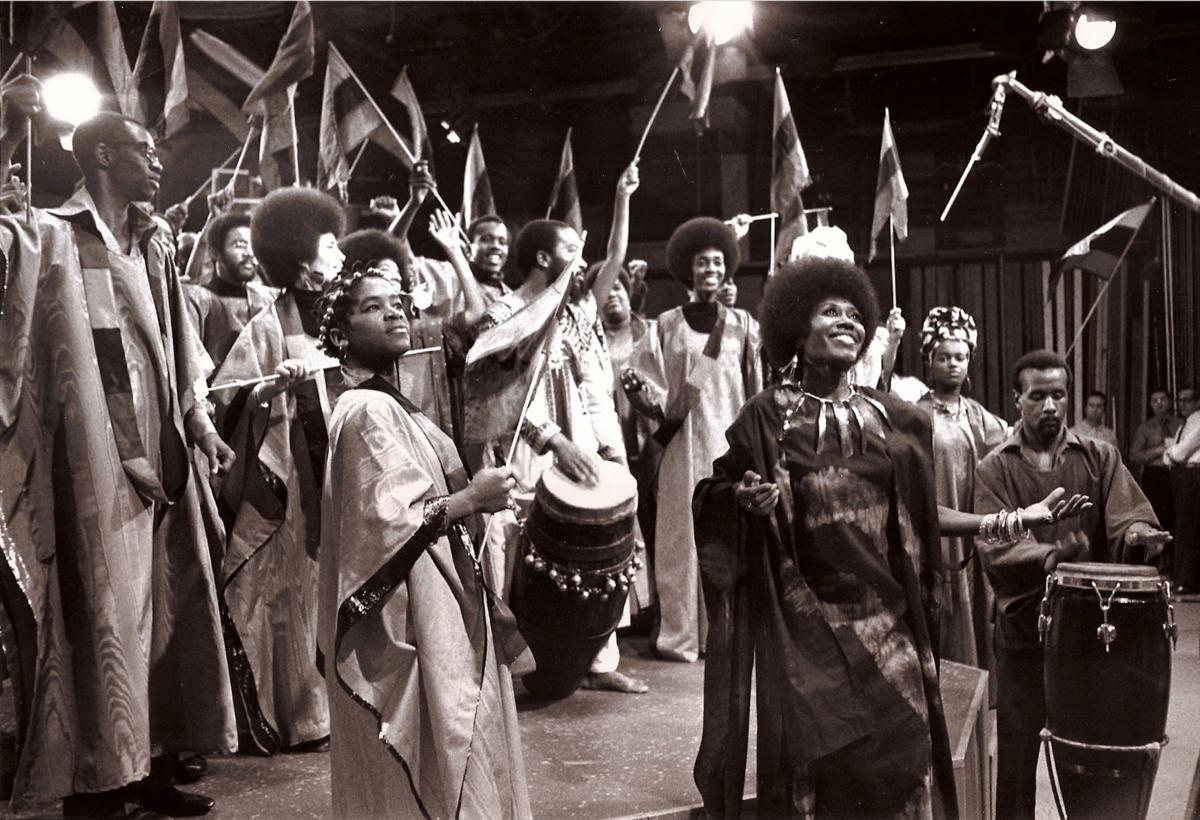 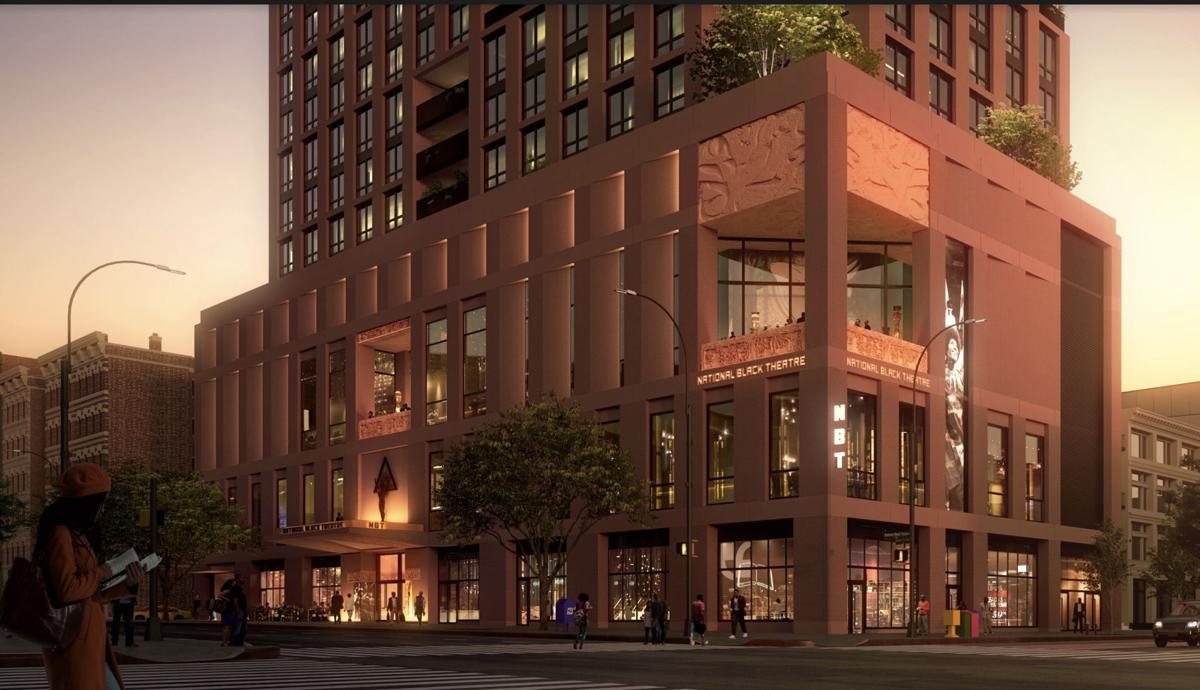 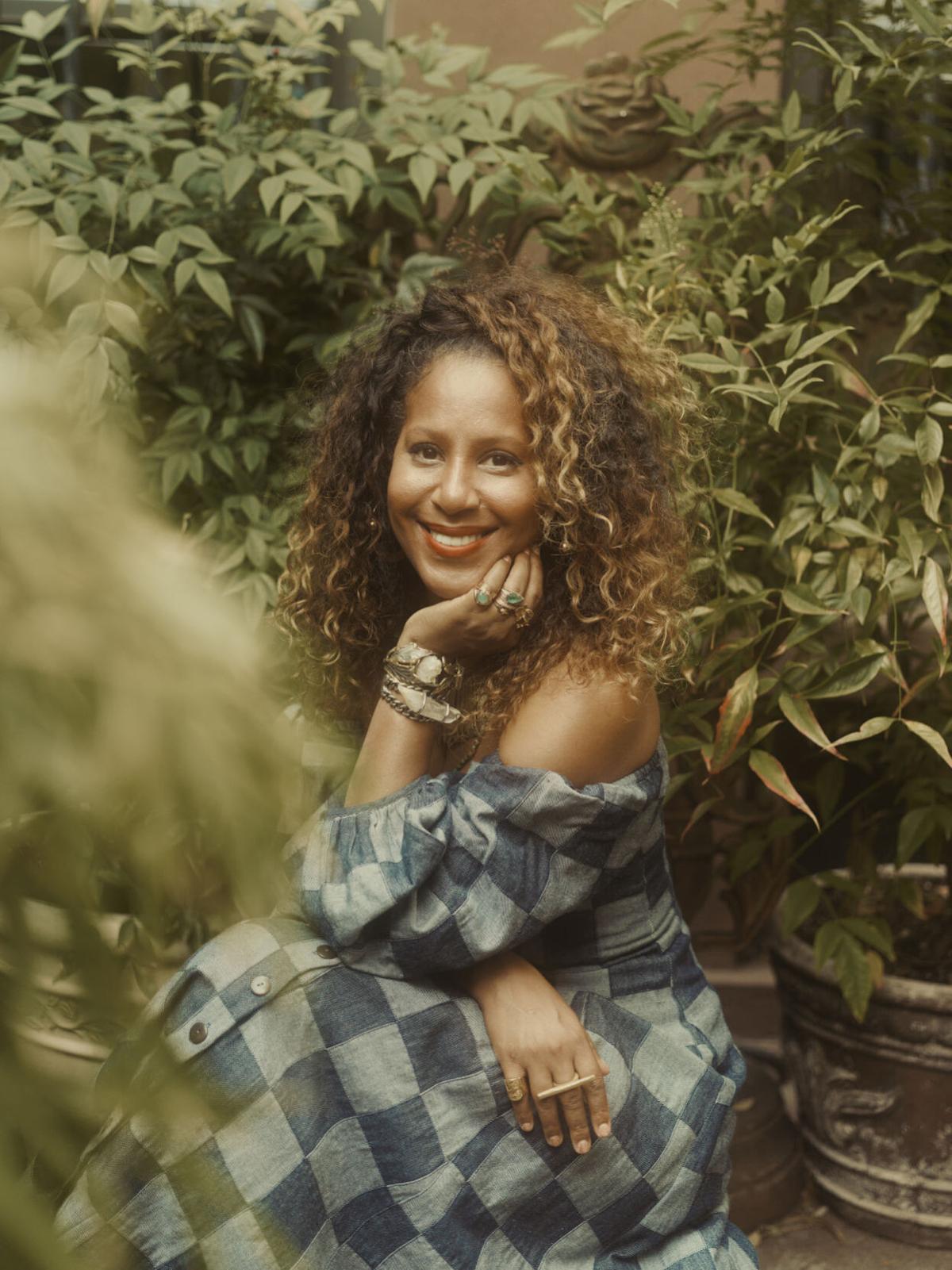 Sade Lythcott, chief executive of the National Black Theater, sits for a portrait in New York on June 2, 2021. The theater is working with developers to replace its longtime home.

Sade Lythcott, chief executive of the National Black Theater, sits for a portrait in New York on June 2, 2021. The theater is working with developers to replace its longtime home.

It was more than 50 years ago that Barbara Ann Teer rented space in a building at 125th Street and Fifth Avenue in Harlem that would serve as the home of a nascent organization called National Black Theater.

The theater blossomed into an important cultural anchor, presenting productions by, and about, Black Americans when their stories rarely appeared on mainstream stages, and hosting artists including Ruby Dee, Ossie Davis, Nina Simone, Nikki Giovanni and Maya Angelou. When the building was destroyed in a fire in 1983, many feared that the theater was doomed, said Sade Lythcott, Teer’s daughter. But Teer had another idea: She decided to buy the damaged 64,000-square-foot building on Fifth Avenue, with a vision of revitalizing it and trying to use real estate to help pay for the theater’s work.

“She saw it as the next piece of this temple to Black liberation, which is ownership,” said Lythcott, the theater’s CEO. “Ownership would allow the real estate to subsidize the art, which was a model that would disrupt the standard practice of nonprofit theater funding.”

The move did not solve all their problems. There were struggles over the years, and a series of financial disputes that at one point left the theater on the brink of losing its home, but the work continued. Now National Black Theater is getting ready for its next act: It is replacing its longtime home with a 21-story building that will include a mix of housing, retail and, on floors three through five, a gleaming new home for the theater.

Lythcott and other National Black Theater leaders see the $185 million project, and the partnership they are entering with developers, as a new chapter with the financial and institutional backing to allow them to live out the dream of Teer, who died in 2008: to nurture a space where Black artists can thrive, and the company can work to bring a deeper sense of racial justice to the American theater industry.

“What we’re building today really has been informed in all ways by this blueprint that Dr. Teer put into place starting in 1968,” Lythcott said. “It feels like what our community of Black artists and the community of Harlem deserve.”

The planning for the new development has come at a turning point in the theater world. With theaters closed for more than a year because of the pandemic, many institutions have been called on to turn inward and interrogate their own histories of racism and inequity, with many prominent voices calling for change when theaters reopen. It is the kind of discussion National Black Theater has been involved in for decades. This year Lythcott has advised Gov. Andrew Cuomo on reopening the arts and, as chair for the Coalition of Theaters of Color, has spoken up about racial justice in arts budget negotiations.

Before they decided to work together, Lythcott and Zhukova had to have a frank conversation early on about a high-profile misstep in Zhukova’s past.

On Martin Luther King’s birthday in 2014, an online fashion magazine published a photo of Zhukova sitting on a chair — designed by Norwegian artist Bjarne Melgaard — that was constructed from a cushion arranged atop a sculpture of a partially clothed Black woman laying on her back, in some sort of bondage. Zhukova apologized for the photo, saying that using this artwork in a photo shoot was regrettable, “as it took the artwork totally out of its intended context.”

Lythcott learned of this photo just before she met Zhukova for dinner for the first time — in fact she was Googling Zhukova on her phone at the restaurant before they met to discuss the development project. At the dinner, Zhukova brought up the incident first, Lythcott said, explaining that she would understand if the episode cast too much of a shadow on the project. But Lythcott wasn’t fazed by it, she said, because it was clear all that Zhukova had learned from the incident.

“Perhaps that chair was the best thing that ever happened to Dasha,” Lythcott said, “because it was catalytic in expanding the lens by which she sees the world.”

In an email, Zhukova said that she was “deeply sorry” for the photo and said that it had started her on a “journey of continued learning and education.”

“I am so grateful that Sade sees the person I am trying to be on my continued journey toward personal growth,” she wrote.

The new building being planned, for 2033 Fifth Ave., is slated to include 222 units of housing, an event space and a communal living room where people might eat, work and hang out; a news release says “amenities will include health and wellness programming.”

The development project is more than a decade in the making, with several false starts. Lythcott and her brother — Michael Lythcott, who is chair of the National Black Theater’s board — see it as a realization of their mother’s dream, while recognizing that she might not have taken some of the paths they chose.

“She never would have partnered with someone like Ray; she never would have had financing from Goldman Sachs,” Michael Lythcott said, noting that Teer had wanted full control over the building, and preferred to keep involvement limited to those inside the community.

But it is all a means to an end that their mother energetically championed throughout her life: an “ecosystem by which Black people in particular are full-throated, full-voiced, fully rooted in their own liberation,” Sade Lythcott said.

By the time construction starts this fall, theater in New York is likely to be back in full force. While the new building is going up, National Black Theater will use the Apollo Theater’s office space and two of its performance spaces. And by the time construction is slated to end, in spring 2024, National Black Theater leaders hope that the space will become a place to convene, both for art and the kind of community interaction that was sorely missed over the past year.

“In the wake of this pandemic,” said Jonathan McCrory, National Black Theater’s executive artistic director, “there’s going to be a kind of psychic grief that is going to need to have a healing center.”