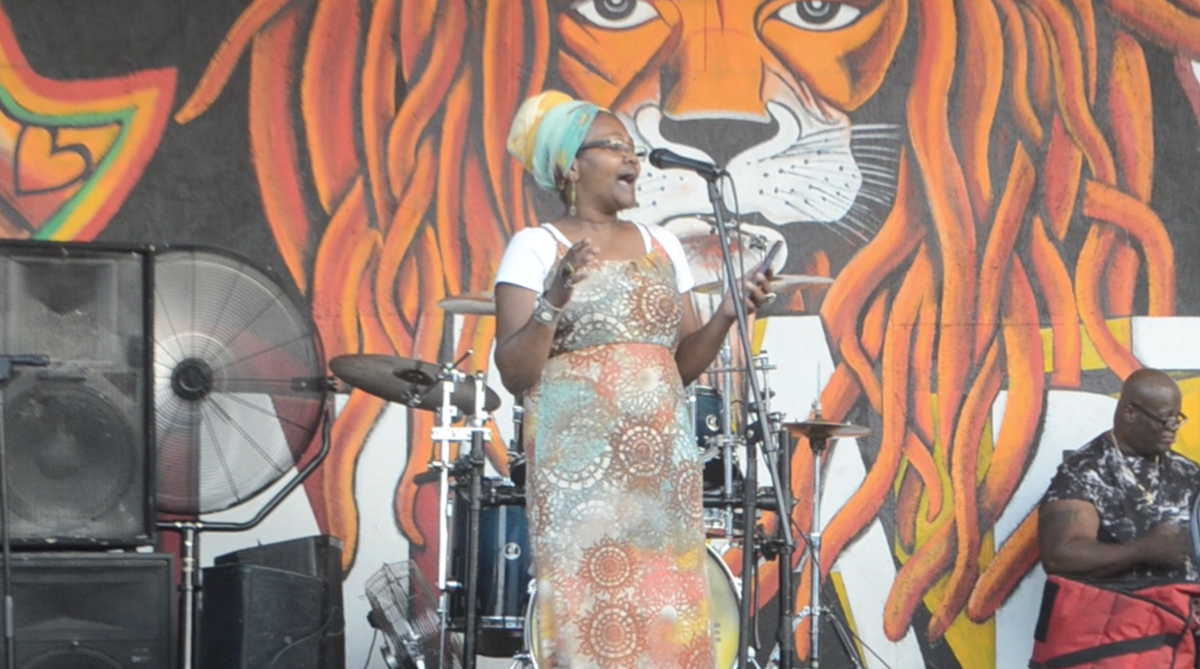 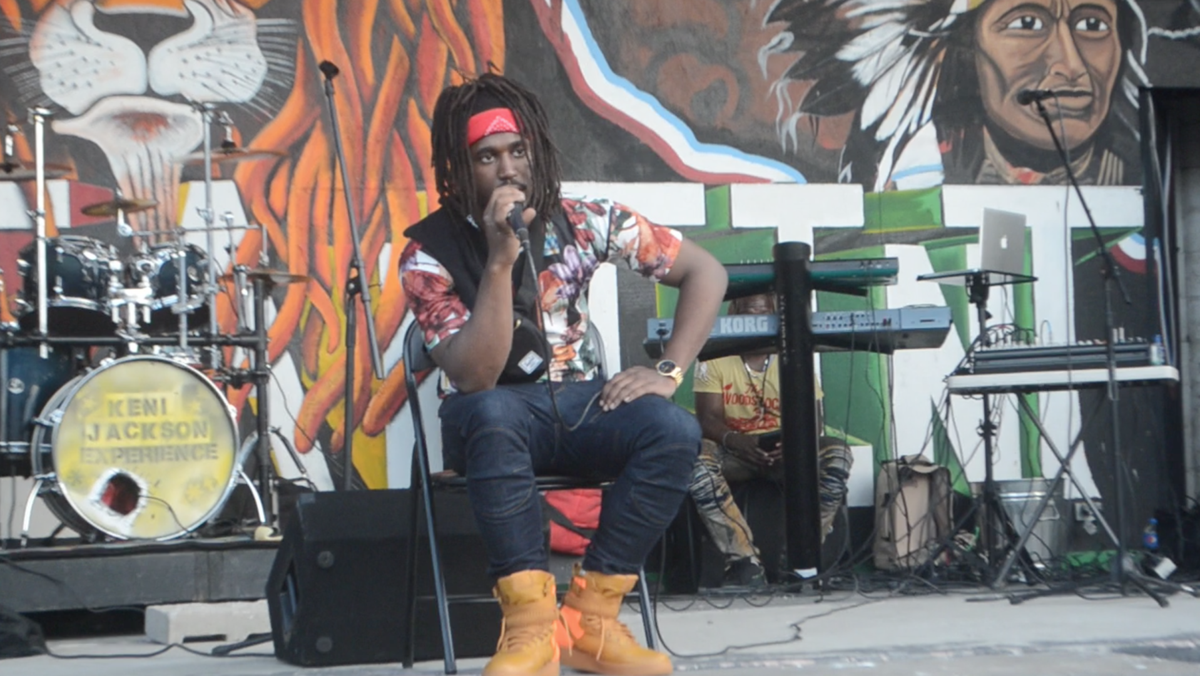 The festival was organized to raise money for Atiya Ola’s, a vegan, vegetarian and raw foods cafe, to buy its own building but was also a celebration of Black arts and businesses, as it featured spoken word, music and art, crafts and homemade body products vendors.

“The purpose of this event is to fund-raise to have a building,” said founder Atiya Ola. “I was an eight-year cafe owner at 45th and Baltimore when the landlord came and asked me to abruptly leave. I had three months to leave.”

Ola said she left that location in June last year and has been operating out of a space at 310 S. 48th St. that was offered to her by the Enterprise Center, which she said has been “very supportive.”

The fundraising goal is $50,000 or until they have “enough for a deposit.”

“We may end up building a building, but we do know we are going to get a building. I’m confident I can pay on a mortgage. I’d been paying for eight years at Baltimore Ave.,” said Ola, adding that the space would be just as much for the benefit of the community as it would be for the business. “The community comes to my space and they do a lot of things. We the community want a building.”

“I love her foods. And the vibes, the spirit of community that it brings, it’s a gathering space,” said Malaika Gilpin, CEO of the One Art Community Center. “We are in excitement to see her continue to grow. And even though we were really upset about her having to leave her other space, we see how the creator [gave] a better space where she could keep flowing.” Gilpin added that, in addition to the food, she appreciates Atiya Ola for the guidance she provides.

Charles Glenn-El, owner of the Alhambra Organic Farm, has been a customer of Atiya Ola’s for seven years. A higher education retiree, he said such a restaurant is vital to the health of Black families, one reason she should have her own building.

Ola said the next fundraising event, possibly “Buy a Brick,” is in planning.