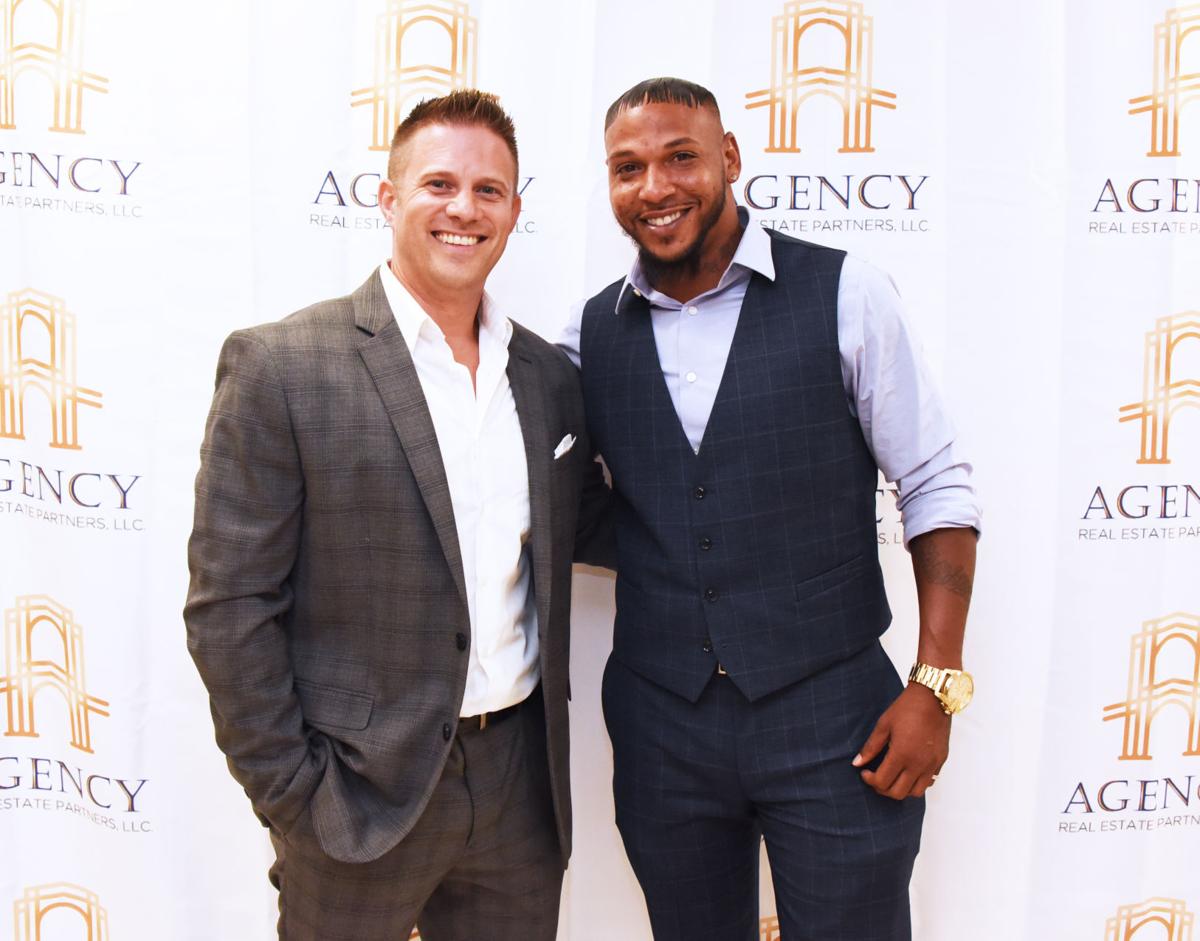 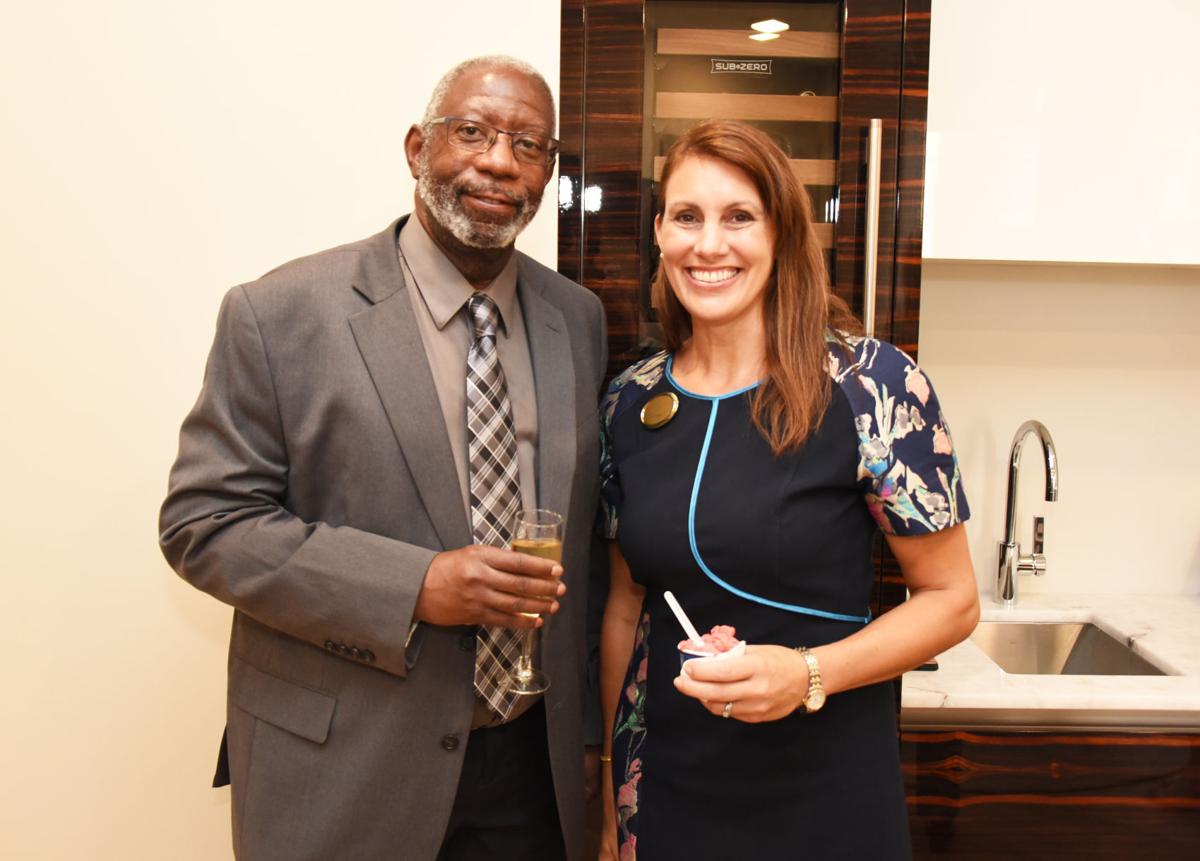 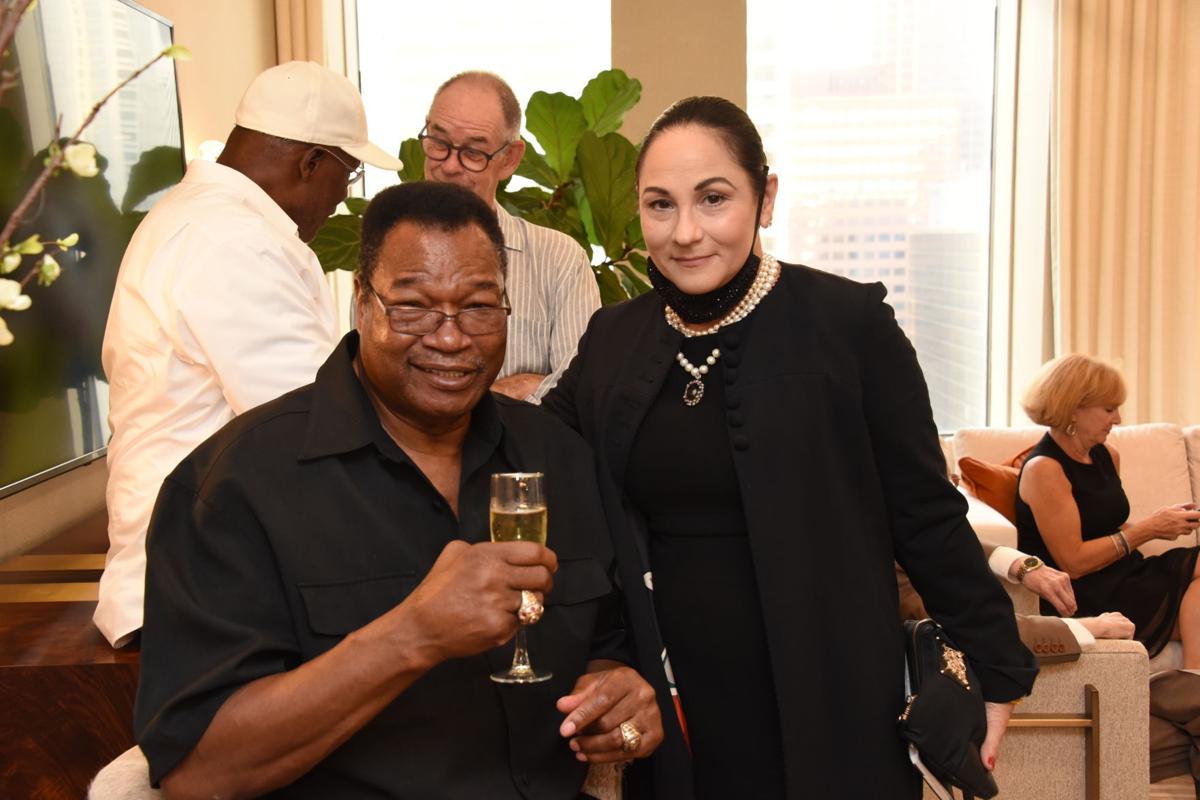 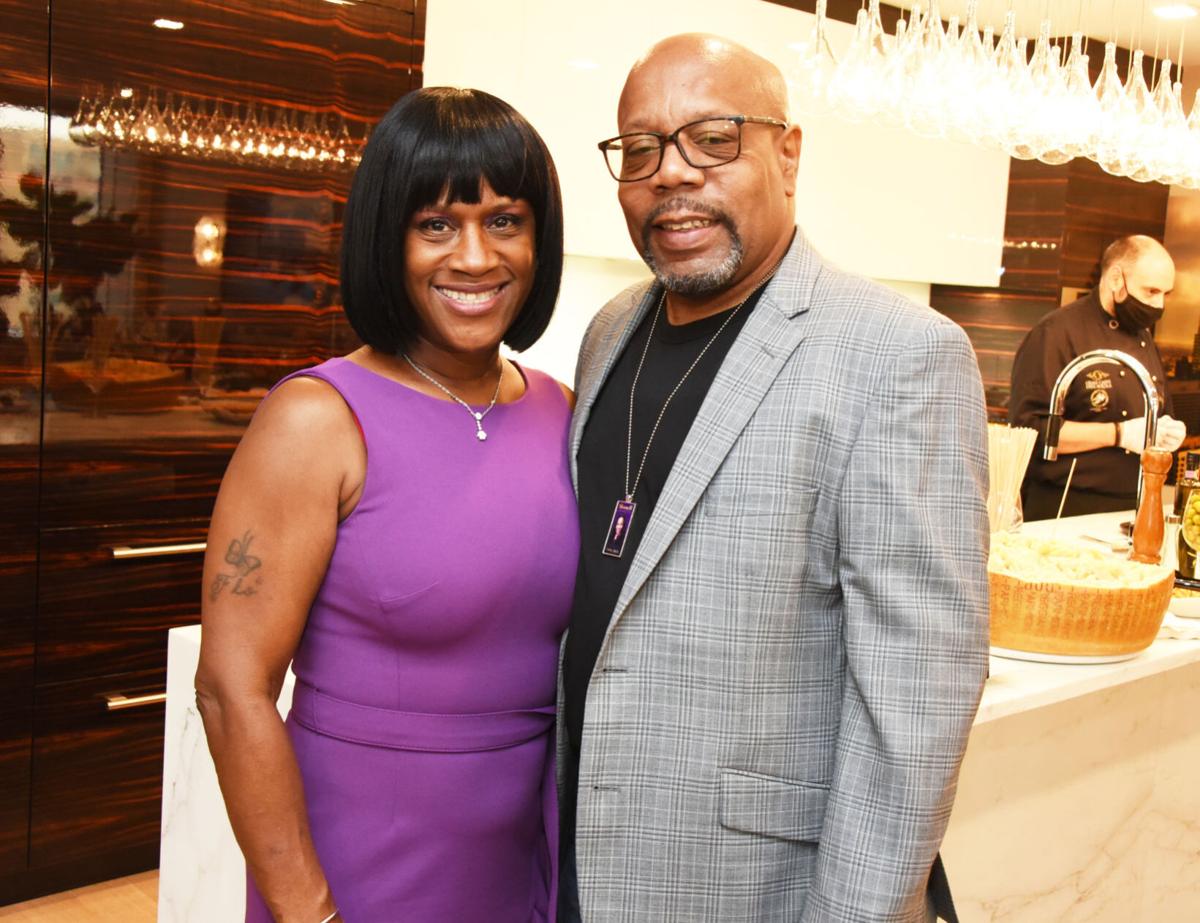 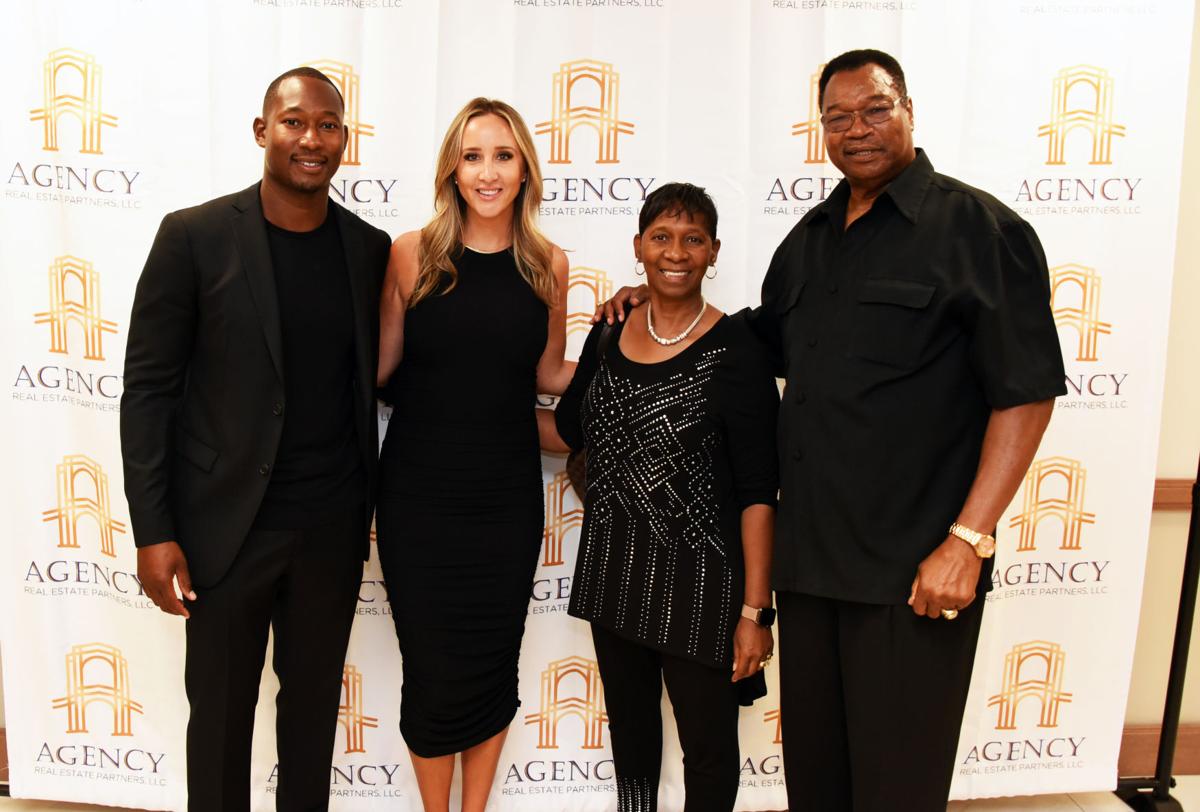 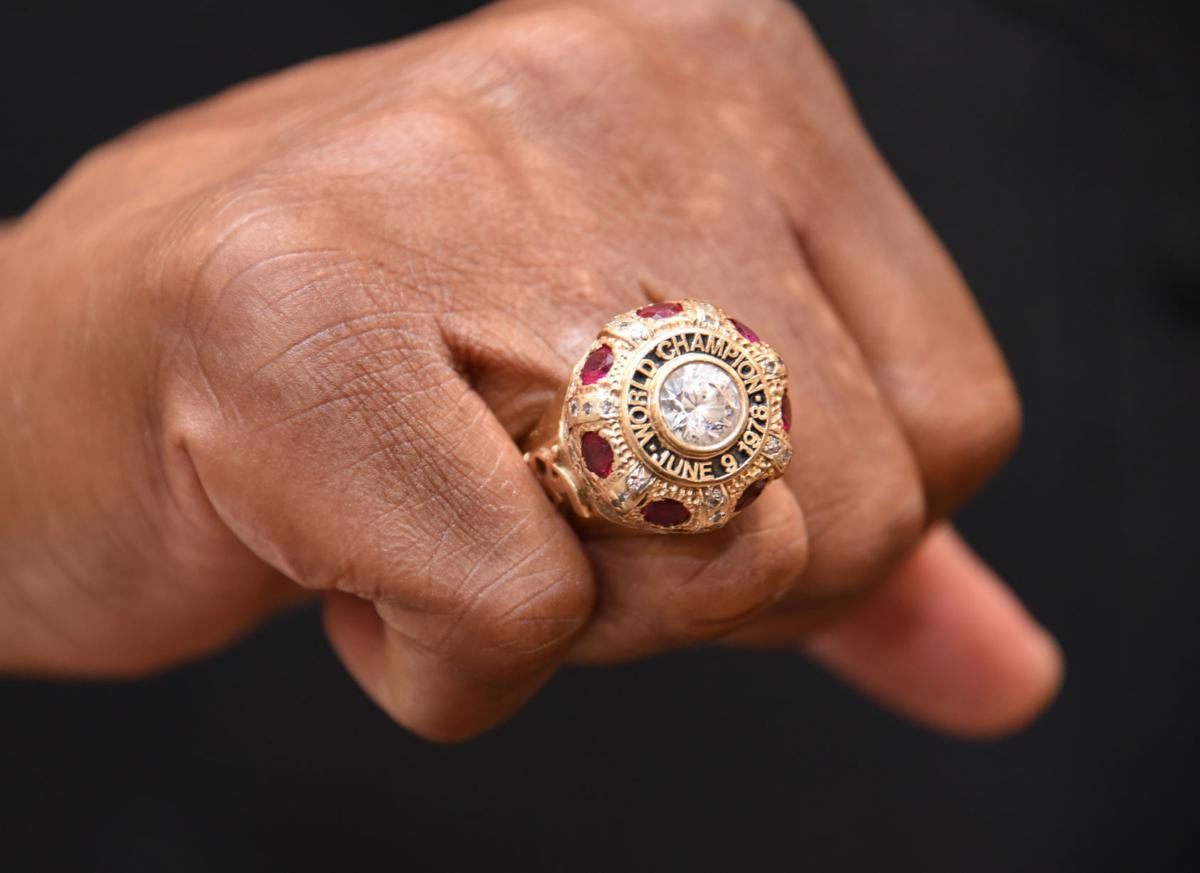 Larry Holmes was wearing his 1978 Championship ring and happily showed it off to those who asked. —HughE Dillon

Larry Holmes was wearing his 1978 Championship ring and happily showed it off to those who asked. —HughE Dillon

The party was held at the under-construction Rittenhouse high-rise, The Laurel. The 48-story building opens next summer, and is one of the properties being shown by Holmes Jr.’s new firm.

Also at the party was Weatta Frazier-Collins, Joe Frazier’s daughter, and her husband Gary Collins. Larry’s wife, Diane Holmes, told me that Joe and Larry were sparring partners, and very good friends and they’ve stayed friends with the Fraziers for many years.

Larry Holmes was wearing his 1978 Championship ring and happily showed it off to those who asked.