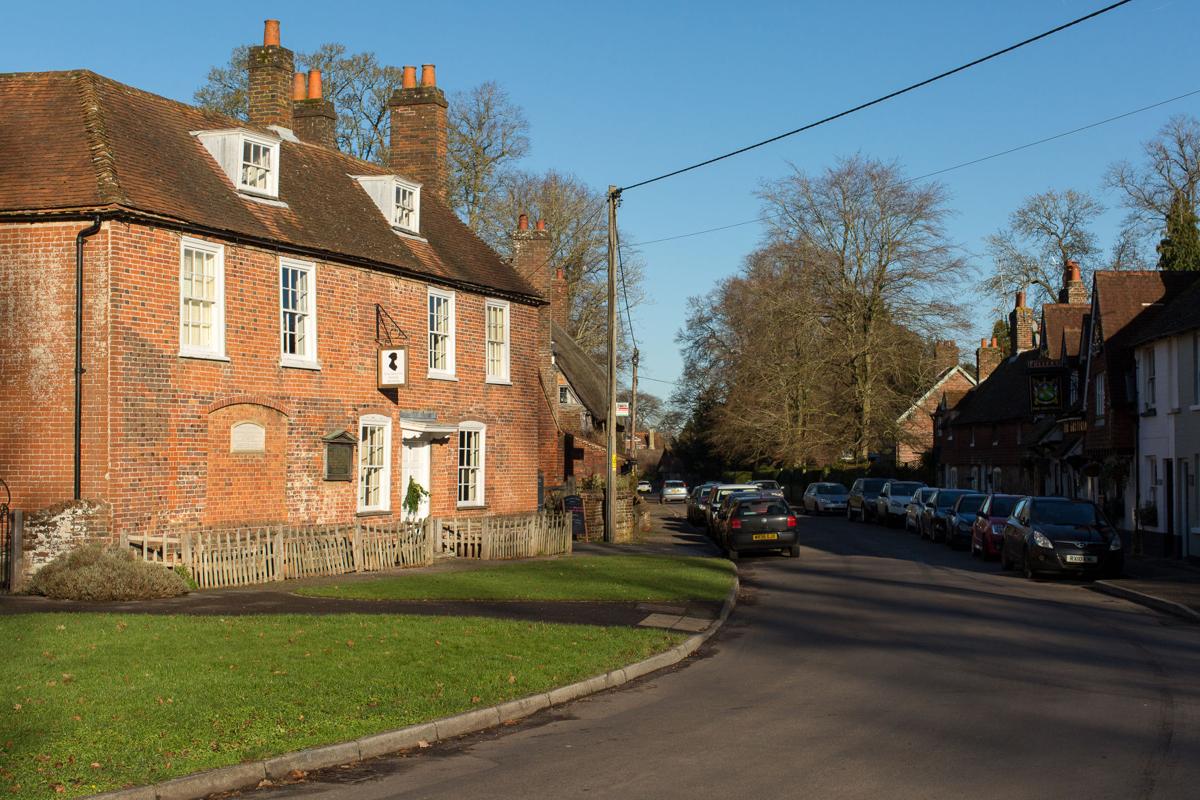 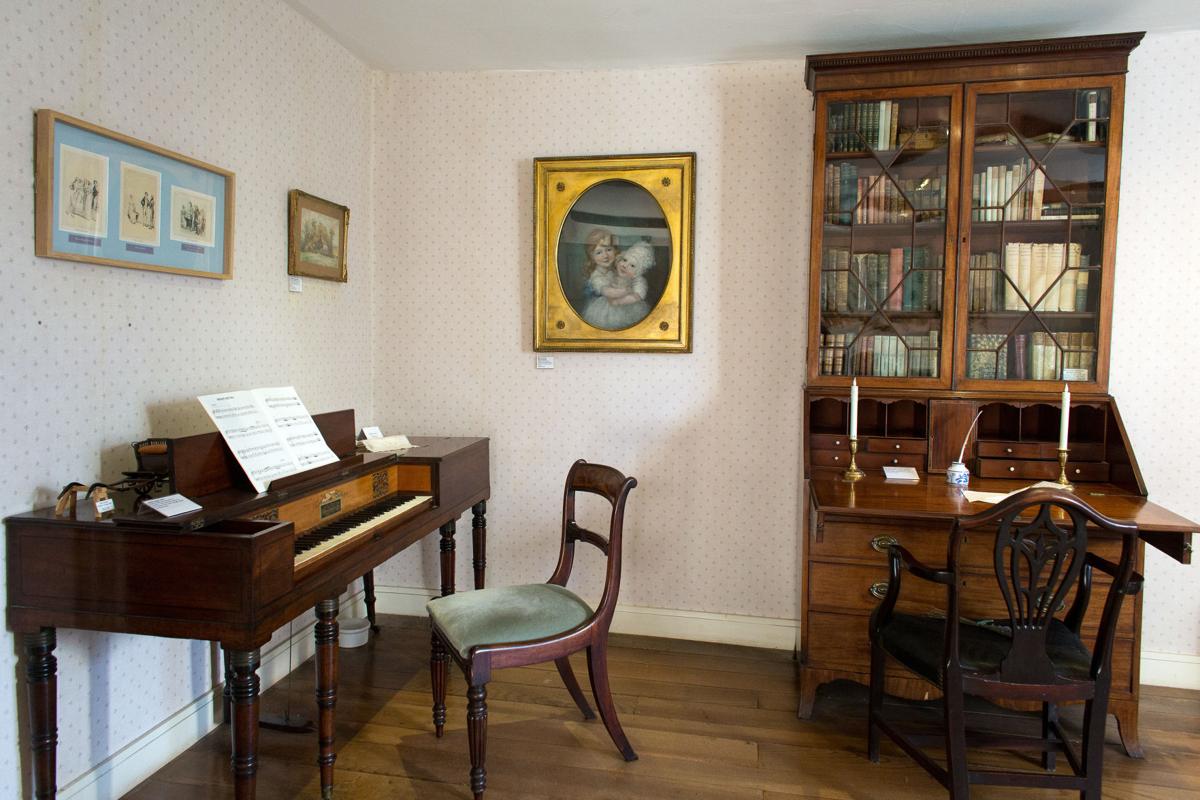 The house in Chawton, England, on Dec. 13, 2014, where the author Jane Austen lived for eight years is now a museum dedicated to her life. She died in 1817.

The house in Chawton, England, on Dec. 13, 2014, where the author Jane Austen lived for eight years is now a museum dedicated to her life. She died in 1817.

As part of the discussion over racism that followed the police killing of George Floyd in Minneapolis last year, museums have asserted solidarity with the Black Lives Matter movement and begun to rethink and recast how they portray history.

Among them is a museum dedicated to writer Jane Austen in the English village of Chawton, where she lived from 1809 until her death in 1817 at age 41.

This month, the museum, Jane Austen’s House, touched a nerve when its director said that it would include details about Austen and her family’s ties to the slave trade, including the fact that her father was a trustee of a sugar plantation on the Caribbean island of Antigua.

The museum’s director, Lizzie Dunford, told The Daily Telegraph that updated displays would also explore the broader context of the time in which Austen lived, when her family members would have consumed products of the slave trade such as tea, cotton and sugar.

“The slave trade and the consequences of Regency-era colonialism touched every family of means during the period. Jane Austen’s family were no exception,” Dunford said, adding, “This is just the start of a steady and considered process of historical interrogation.”

The reaction from the British tabloids was swift. The Express called the decision “woke madness,” while The Daily Mail said it was “a revisionist attack” and a “BLM-inspired interrogation” of the author’s love for drinking tea. The museum then issued a statement saying that it “never had any intention to interrogate Austen, her characters or her readers for drinking tea.”

The museum said visitors had increasingly asked about Austen’s connection to the slave trade, which was banned in the British Empire in 1807.

“It is therefore appropriate that we share the information and research that already exists on her connections to slavery and its mention in her novels,” the museum’s statement said.

In a statement to The New York Times on Tuesday, Dunford said the museum’s role was to champion what she called Austen’s timeless genius.

“The suggestion that we would do anything to bring this into disrepute is outrageous,” she said.

The museum’s plans come amid a broader examination of the legacy of the British Empire and its role in the slave trade. Last year, the statue of a 17th-century slave trader was torn down in Bristol, England, and the National Trust, a conservation charity, revealed that a third of the properties it manages had direct links to colonialism or slavery.

Austen’s cottage in Hampshire, about 50 miles southwest of London, is “the most treasured Austen site in the world,” according to the museum’s website. Fans, known as Janeites, can see the rooms where Austen wrote or revised her six novels, including “Sense and Sensibility,” and can walk through her garden.

On a virtual tour of her cottage Saturday — the museum is closed because of coronavirus restrictions until next month — two guides told a group of more than 30 Austen fans about her life, including how she made her ink, her favorite food (toasted cheese), and about the fireplace next to which she read “Pride and Prejudice” out loud for the first time after it was published. The tour guides made no mention of colonialism or the slave trade.

Myretta Robens, founder and president of the Republic of Pemberley, a 500-member Austen fan group, said she did not have a problem with the museum adding context about colonialism. She did not, however, want discussion of race and current events to spill into the group’s conversations about Austen’s novels, and she said she had quashed a few heated debates.

“We don’t want combat,” she said of her fan group. Referring to two of Austen’s most well-known characters, Robens said, “It’s hard to talk about Elizabeth and Mr. Darcy and talk about the current environment in the same forum.”

Claudia L. Johnson, a professor at Princeton University who wrote the book “Jane Austen’s Cults and Cultures,” said readers have idealized Austen as far back as the mid-1800s, when society was undergoing rapid change because of industrialization.

“A large part of her readership has always wanted to isolate her from the sort of messy hubbub of history, and to imagine that she lived in this quieter, more civil world,” Johnson said. “There is this deep longing to isolate Austen from all of the storms and stresses of modernity.”

Austen’s novels are about a narrow, upper class of British society and are set in picturesque villages, mostly cut off from the troubles of the outside world.

“Jane Austen is now on a pedestal as an expression of something delightful, comforting, beautiful, clever,” said Paula Marantz Cohen, an English professor and the dean of the honors college at Drexel University in Philadelphia.

Many of her fans, she said, want to relish her stories about a simpler time and place.

Some Austen scholars say passages in her novels “Emma” and “Mansfield Park” suggested that she supported abolitionism, but others say that is unclear. Few of her letters survived. But her favorite authors — Samuel Johnson, Thomas Clarkson and William Cowper — were abolitionists. Still, like almost all English families of any means in the 18th century, her family had ties to the slave trade, according to “Jane Austen: A Life,” a book by Claire Tomalin.

In addressing the topic of slavery, Sherard Cowper Coles, president of the Jane Austen Society, said, “This is England’s story, and as our understanding increases, we should tell it and update it.”

But Cowper Coles, a former diplomat who was Britain’s special representative to Afghanistan and Pakistan in 2009-10, cautioned: “Expecting people to have consciousness outside of their time is not fair. But equally, in our time, we are aware of slavery, we’re living with its consequences in Minneapolis and many other places.”