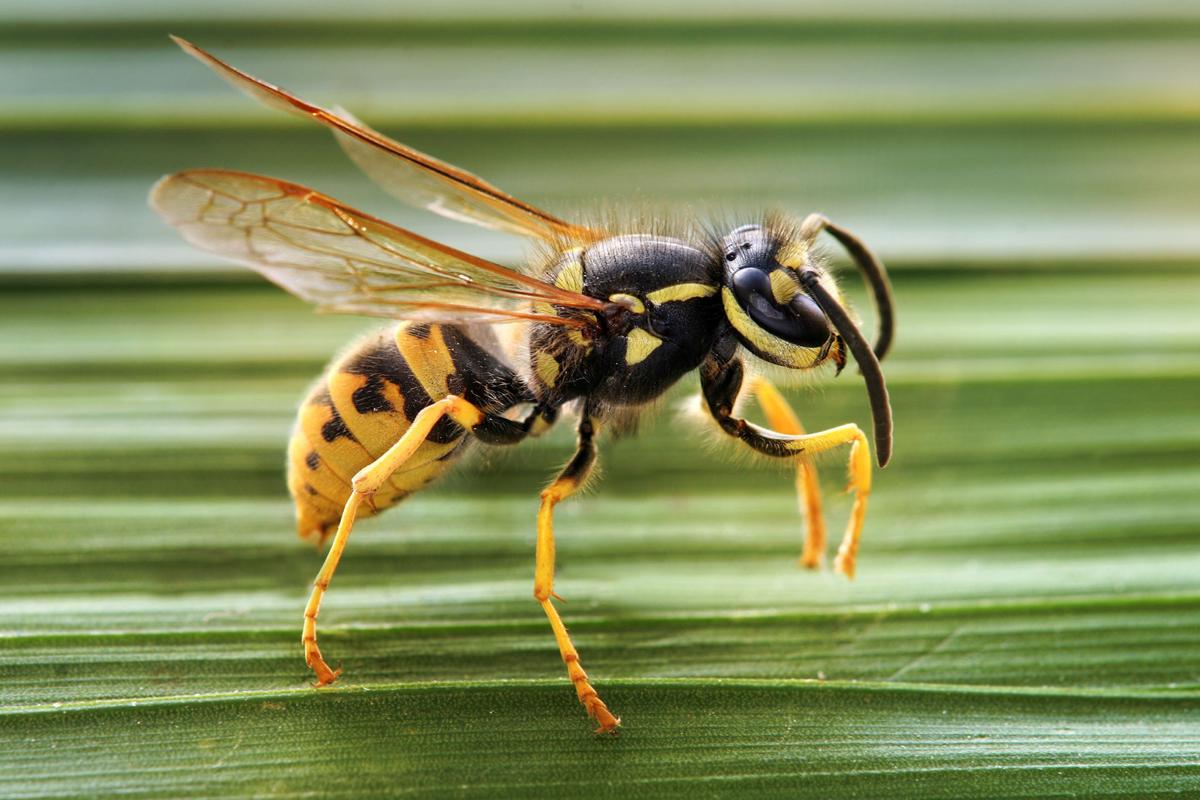 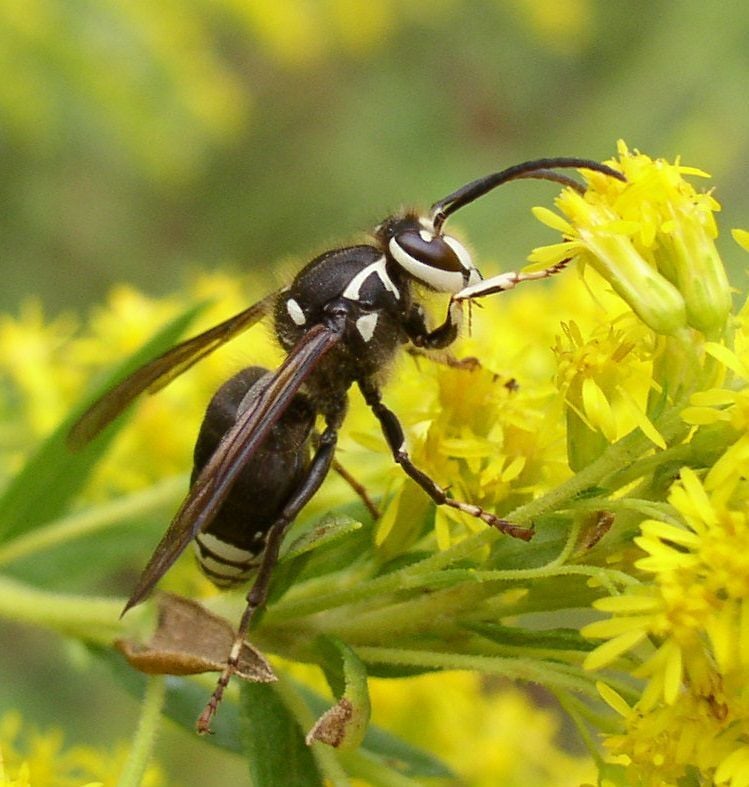 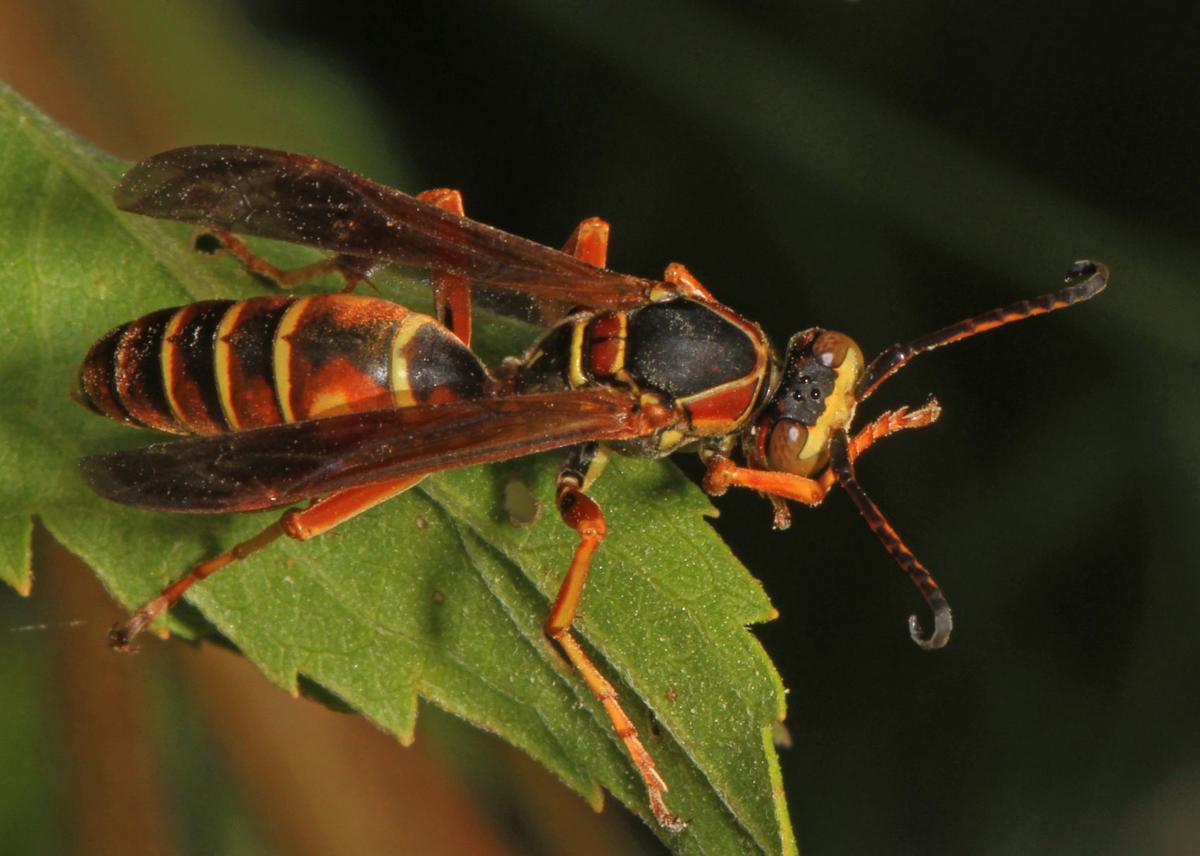 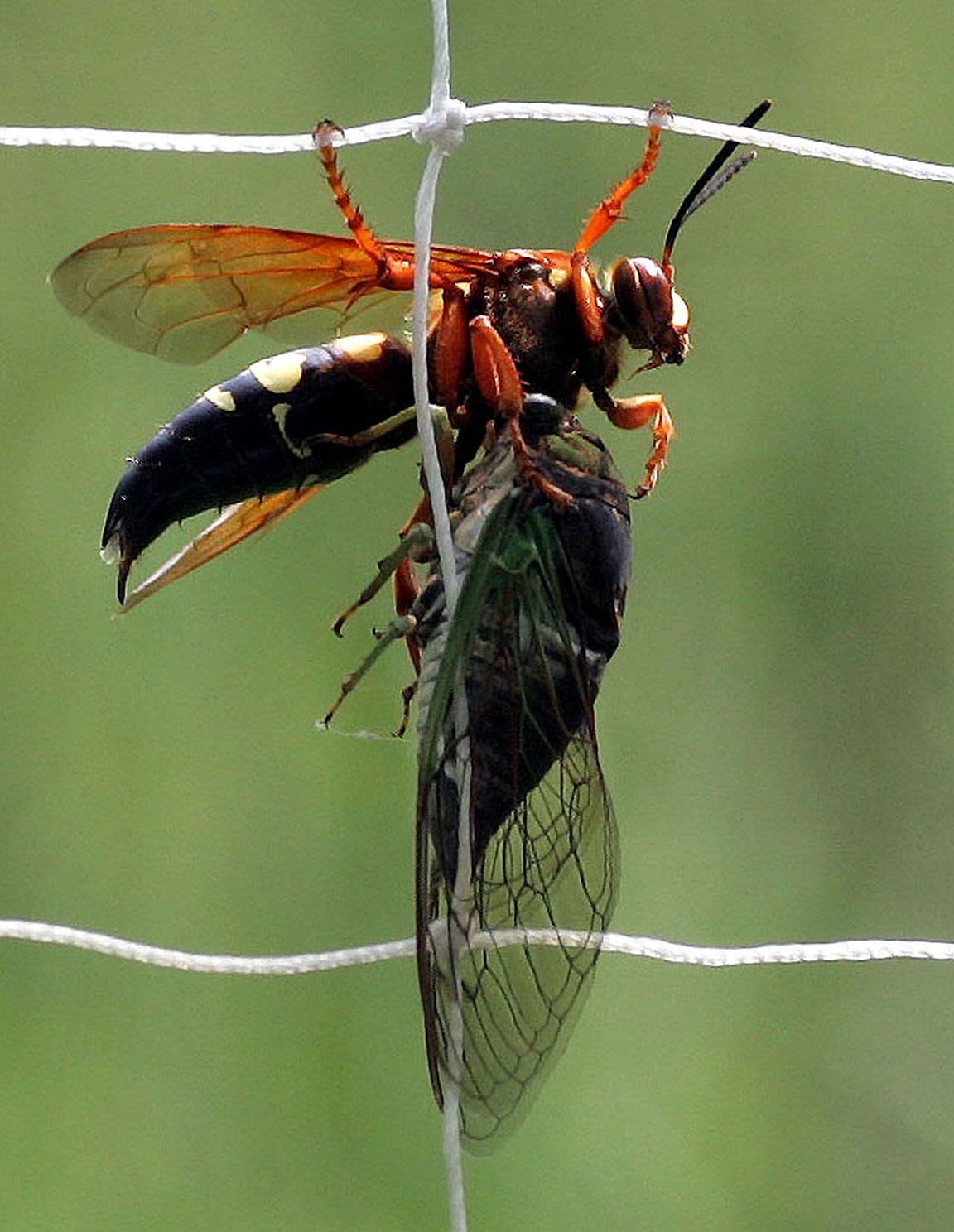 Wasps get a bad rap. And sometimes, they deserve it. Bumblebees don’t swarm your barbecue the moment you pour the lemonade. Butterflies won’t nest by the hundreds in your rafters, then sting you for the crime of walking by.

But they’re not all “murder hornets,” and there’s another side to these so-called pests. Wasps have a place in the whirl of summer life. They raise families, stage complex battle royals and make paper with their own spit. Some even help us by hunting caterpillars and other crop-munching bugs.

They’re also your neighbors. As you’re mowing, gardening or dining al fresco this summer, you’ll probably meet some of them. Here’s how to appreciate — and not tick off — these creatures we share the season with.

The ScavengersUninvited guests have arrived at your picnic. They’re striped and kind of stocky, with black dots on their faces. They’re German yellow jackets, and they will not leave you alone.

There is method in their madness. Are they hovering around your ham sandwich? They’re looking for protein to bring to larvae back at the nest. Trying to hijack your soda can? They want to slurp up the sugar, which powers their surprisingly zippy flight. Beer or wine is even more tempting, because it reminds them of their favorite treat, fermenting fruit.

“They seem like they’re trying to ruin our day,” said Jennifer Jandt, a zoologist at the University of Otago in New Zealand who has studied the species for years. “In actuality, they’re just foraging.”

Why are there so many of them at this time of year? Like ants and honeybees, German yellow jackets are social insects. Each colony is founded by a single queen, who starts laying eggs in late spring and doesn’t stop until her death, in autumn.

Most of these eggs become workers, who spend the summer feeding their proliferating population of younger siblings: grabbing live caterpillars, bits of roadkill or your tuna salad, then chewing it into mincemeat for the next generation.

German yellow jackets make short work of carcasses and rotting produce, Jandt said: “They’re really important decomposers.” The invasive species, which first established itself on the East Coast about 50 years ago, is now found across much of the country and is the dominant yellow jacket in many states.

If one is trying to dominate your picnic as well, Jandt suggests playing along. “Let it land, let it do its thing,” she said. When she collected data for her master’s thesis at the University of Wisconsin-Madison, she shared a PB&J with her research subjects every day, an experience she said helped her learn to appreciate the insects’ personalities, and “really forced me to be calm all the time.”

But if, instead of a few foragers, you find yourself dealing with an endless, vengeful stream of yellow jackets, you might have accidentally disturbed a nest. These are hidden underground, or in attics, ceilings or walls, and can be home to thousands of insects. Vibrating a nest is the insect equivalent of setting off a security alarm: Now you’re the uninvited guest, and it’s time to leave.

“Odds are pretty good that if you stumble across a wasp nest, you’re going to get stung at least about 10 times — while running away,” said Jandt, whose research now focuses on why some wasp colonies are more aggressive than others.

The ArchitectsA tan mass in the shape of an amphora is hanging from a tree. It brings to mind Winnie the Pooh, who in cartoons often seeks out such structures, assuming they’re filled with honey.

“Winnie the Pooh gets it wrong,” said Norman Patterson, a wasp removal specialist based in Connecticut. “They don’t have honey.” If the Hundred Acre Wood were the real world, Pooh Bear would reach into the nest and instead scoop out a pawful of bald-faced hornets.

Bald-faced hornets, which are technically yellow jackets but nest above ground, are found in much of the United States. They’re named for the black and white patches on their heads, as if they’re wearing Guy Fawkes masks. While you might find their iconic summer homes in a tree in your yard, some tuck them under the eaves of houses or hide them cheekily in ornamental hedges.

Construction begins in late spring, when a queen builds a small core nest and lays a batch of eggs. By early summer, these eggs have hatched into workers. The workers scrape up wood pulp, sometimes from nearby decks or fences, and chew it to form long ribbons. They then add these strips to the nest one at a time — a collaborative, mid-air papier-mâché project.

A single bald-faced hornet dwelling may grow to the size of a rugby ball. It can house hundreds of workers, including a cadre of guards primed to defend it. Patterson is regularly called to remove these nests, which he said people often come upon “the hard way, when they’re trimming their bushes.” (He recommends all summer yard work be preceded by a check for wasp traffic.)

The Smarty PantsIt’s perfect barbecue weather. You flip the grill open for the first time all summer. As it turns out, others have been using it: a colony of paper wasps.

Longer and skinnier than yellow jackets, paper wasps are distinguished by their back legs, which hang down when they fly like a “pair of pants,” said Megan Asche, an entomology Ph.D. candidate at Washington State University. There are a number of paper wasp species native to particular areas of the U.S., as well as an invasive one, a European variety that has spread nationwide since its arrival in the 1970s.

Paper wasps have complex social lives. While some colonies are founded by one wasp, many start out with a few queens, who brawl to establish dominance. The winner lays most of the eggs, and the others shoulder most of the foraging, maintenance and child care.

Elizabeth Tibbetts, a biologist at the University of Michigan who studies paper wasp behavior, is investigating how the insects form these hierarchies. She has found that Northern paper wasps can recognize one another, thanks to distinct markings on their faces.

More recently, Tibbetts found that Northern paper wasps can also “keep track of a social network of interaction,” she said: Even if they haven’t fought a particular queen, they have an idea of her strength from watching her fight others and will treat her accordingly. “You have to be pretty smart to be able to do that,” she said.

The males have their own rituals. Each fall, male European paper wasps in the Southern U.S. gather in huge swarms at the tallest point they can find to wait for potential mates. This could be a high-rise building, a granary or an amusement park ride. On military bases or at airports, it’s often an air traffic control tower.

Male wasps can’t sting. But this behavior is understandably distressing to people who witness it, including those working inside the control towers. “They really freak people out,” Asche said.

If you don’t want European paper wasps near your house, you don’t need a military-style intervention, just some forethought. In the springtime, if a small nest with just a few paper wasps appears in your eaves, wait for a cool morning — below 60 degrees — and “just take a stick and knock it down,” she said. The queens, who don’t fly in cold weather, will fall down with it. Then they will build a home somewhere else. But if it’s summertime, best to call a professional.

The Big OnesAn enormous wasp is investigating your flower bed. It is black with caution-yellow markings and the size of a USB stick. You are picking up the phone to call your local bug expert.

Whoever you plan to ring will be ready for you. Your new friend is a female cicada killer. She and her peers are about to emerge en masse throughout the eastern half of the U.S. to hunt cicadas — and to worry people. “I’ll be getting lots of calls very shortly,” said Michael J. Raupp, a professor emeritus of entomology at the University of Maryland who does insect outreach through his blog and YouTube channel, both called Bug of the Week.

Cicada killers are solitary wasps: They build nests, have offspring and gather food all on their own, no colony involved. At the beginning of July, the smaller male cicada killers establish territories, often in people’s yards. Females come out of the ground a few weeks later.

When they do, many people “become concerned,” Raupp said. Some are put off by their size. Others confuse them with other large wasp species, like the Asian giant hornet, which kill honeybees and have a very painful sting. (In the U.S., Asian giant hornets have not been found outside Washington state. Yet.) Cicada killers aren’t aggressive.

As summer wanes, colony life for German yellow jackets, bald-faced hornets and paper wasps also starts to slow down. In the fall, you may notice a rush of workers fending for themselves, seeking sugar where they can. By the time winter comes, the queens will be hibernating; the males and workers dead; and the old nests abandoned.

But if you missed them, don’t be sad. They’ll all come back next year.